The Game of Game of Thrones: you win or you blog

The Game of Game of Thrones: you win or you blog

Game of Thrones' sixth season is roaring to the finish line faster than you can say "nipples on a breastplate," and that means this season's edition of the Game of Game of Thrones is nearing its end as well. With three episodes left, there's a clear group of contenders at the top, a middle tier hoping for its big break, and a few teams that'll need an hour full of stabbings, slaps, and withering insults just to sniff competitiveness. The league's general managers are congregating here to provide first-hand updates on the statuses of their teams. You know what they say: when you play the Game of Game of Thrones, you win or you blog about how losing wasn't your fault.

(There are obviously A TON OF SPOILERS for Game of Thrones' sixth season below — you've been warned.) 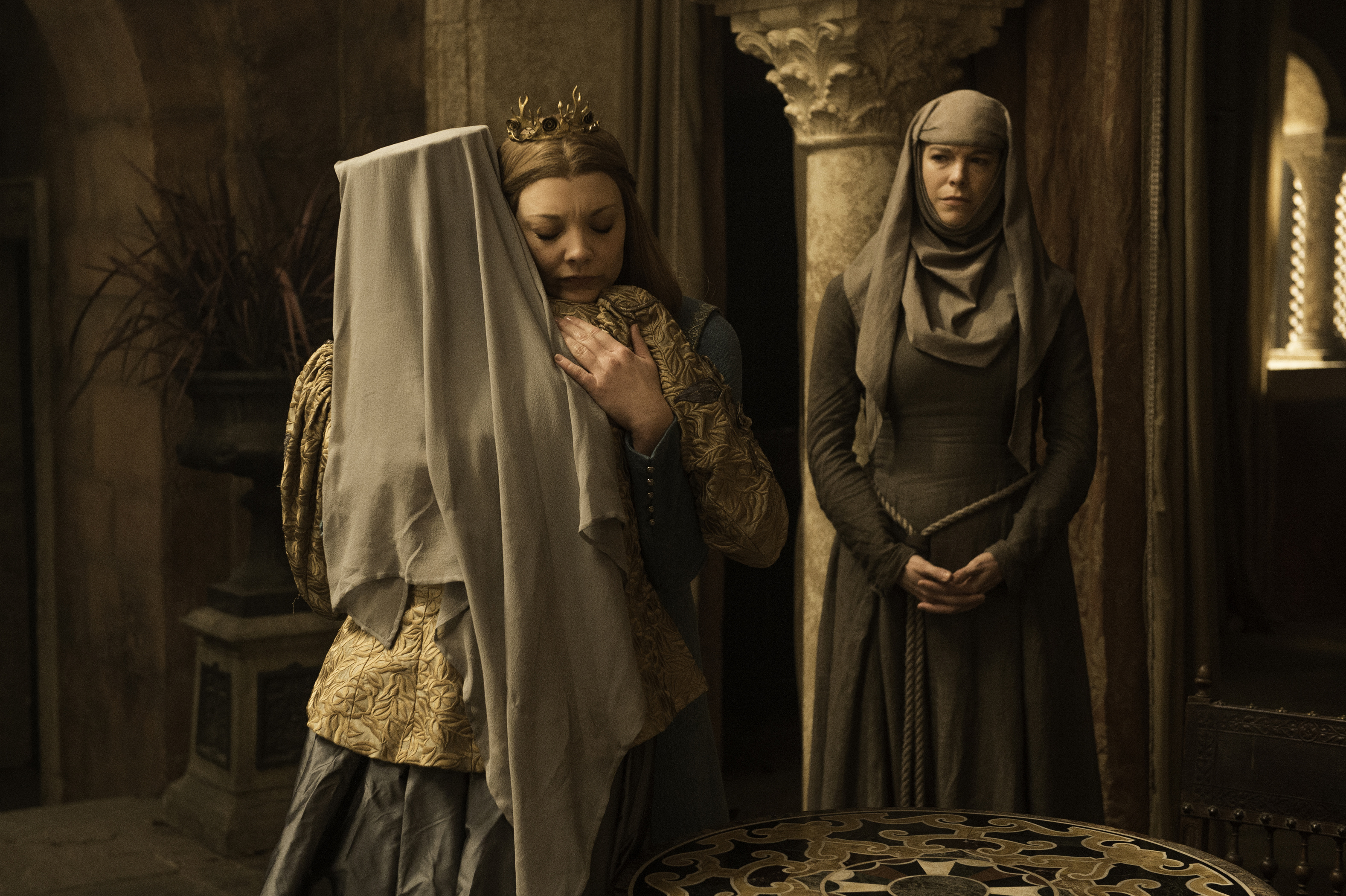 I know things look dire, OK? The only team doing worse than mine is Ser Pounce's Feral Menagerie, and all of its players are either animals or named after them. (Sorry, T.C.) I tried to pick living, breathing humans with a chance at scoring points and ended up in the dumpster anyway. With that said, I have reason to believe things are looking up for That's So Three-Eyed Raven, even if they aren't looking up for my team's namesake.

The Jaime-Bronn bromance is alive and well

Jaime Lannister is slapping lesser Freys, wearing fancy armor, starting a siege, and reviving his bromance with Ser Bronn outside of Riverrun. He's bound to put up numbers. Littlefinger has been a huge disappointment, but he's trotting out of the Vale with an untouched army. Margaery is playing the High Sparrow like a fiddle (WE ALL KNOW SHE'S FAKING) and slipping Granny Olenna secret solidarity roses like the one true Machiavellian queen of Westeros we deserve. The Unsullied are useless, but every team needs someone to ride the pine. Lancel stinks, but he's too crazy not to stab at least one prominent noble. And we just picked up Edd over at Castle Black, who's gotta slay a zombie or two before this thing's through.

Buy low on my team! I'm begging you! There's no better feeling than hopping on the bandwagon at the bottom of a rebuild and rolling all the way to the crown.

So, there’s no way around it: in this season of the Game of Game of Thrones, my house doth tank. If there was a theme for me in drafting, it was Those That Shall Wreak Vengeance, but seven episodes in there’s been little to no wreaking at all. My big picks have either spent most of their time continually getting marginalized (Cersei, Theon), or spent most of the episodes off-screen entirely (hi, Brienne). Somehow, putting my money on bloody retribution isn’t working. 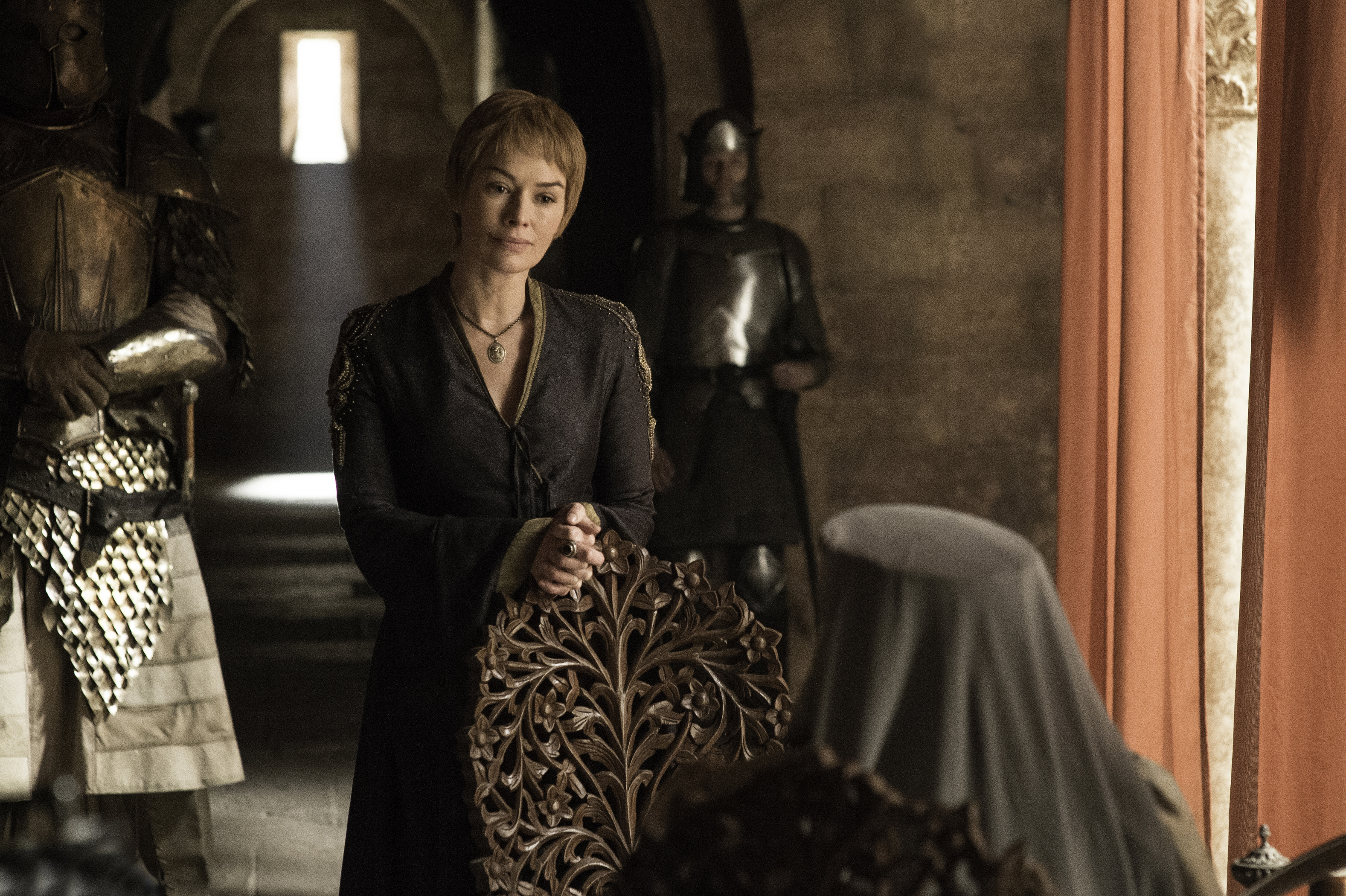 That’s not to say all is lost. All three characters are clearly moving toward ​something​. I maintain that Theon will eventually redeem himself, goddammit, even if it takes a case of ale and more sisterly cuckolding than even HBO is comfortable with. And judging from the teaser last night, Cersei is finally going to go all Mountain on the Sparrows. Even Brienne is scheduled to return to the forefront. A few 11th hour bloodbath(s) could turn everything around!

But who am I kidding. This is ​Game of Thrones, where hopes and dreams go to die. Buy your tickets for the Clegane Bowl now.

Well, I thought this would be the religious revival season, and it is, in a way — just not as solidly as I was hoping. Who knew Jaqen would be a dud? Who knew that the Faith Militant wouldn’t actually fight anyone? What are these fanatics EVEN DOING? That said, I wouldn’t count the cultists out; you never know when the Faith Militant might live up to their names and get, yep, militant. I’ll be waiting.

Why do I still have hope that the middle-of-the-pack Brotherhood without Manners can pull off a W? Are you kidding? I’ll remind you that Sansa just sent a text to Littlefinger that said, "r u bringing me a huge army or wut? i want my castle back & u owe me onnnnne dozen! plus ur not involved in any other storylines." My girl is going for it. Also I just drafted Catelyn Stark, who is dead. Game of Thrones has recently started treating all deaths as "deaths," so I’m confident that it pays to invest.

Speaking of an investment: Tormund Giantsbane! My celebrity boyfriend! He hasn’t gotten that many points for being a fox (which, what?), but he’s about to lead a wildling army on the character who makes Joffrey Baratheon look like Marcel the Shell. I am wholly undeterred by the fact that my only points most weeks come from TG’s locker room jokes about dicks. You take it where you can get it, and then you let your direwolf rip out someone’s throat in the finale.

I’ll be completely honest: my team is full of losers. Losers in church jail (Loras), losers who can’t walk (Bran), losers who can’t talk (Hodor), or losers whose continued existence on the show is kind of a mystery (Missandei). So I’ll be the first to admit total shock to find myself in third place right now. It’s all thanks to one episode, "The Door," when Bran’s time-hopping vision quest, the Children of the Forest’s pine cone hand grenades, and Hodor’s valiant-but-probably-unnecessary sacrifice stacked up the points and sent my team rocketing from second-to-last place to near the top of the heap. 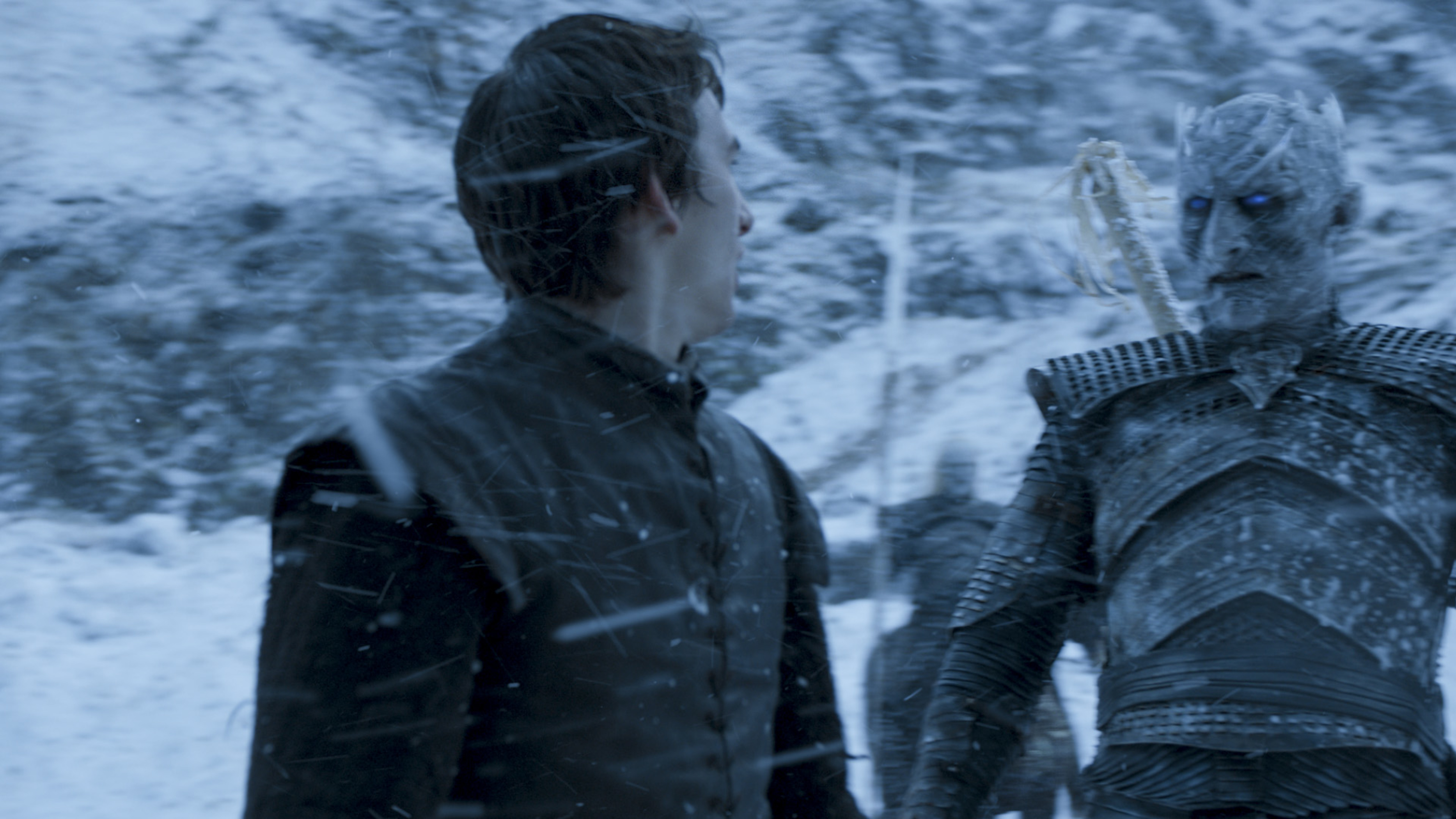 But I’m under no illusions. A third of my team is dead. Unless Bran brings the Wall tumbling down (as some have theorized) or Davos learns some other skill besides being a patronizing dad, I won’t be winning any more points this season. I’m cool with that. It’s not whether you win or lose the Game of Game of Thrones, it’s how funny your post-show memes are.

Looks like my strategy of picking people who like to stab really worked out for the best. Ramsay has upped his game this season, going so bold as to stab his own father in front of multiple witnesses. But we're well into season six by now, which means consequences for murder aren't a thing anymore; Ramsay is free to indiscriminately kill all the characters he pleases without suffering any retribution. 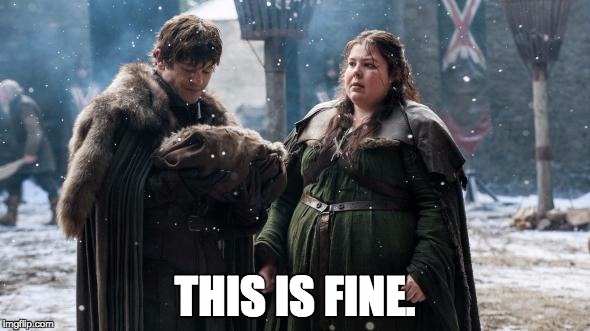 As for my women, they've also been great at murdering all the powerful men around them, even if the reasoning behind said murdering doesn't seem to make any sense. And thanks to Daenerys, I managed to score some nudity points in the process. Yay, boobs! I'm banking on wit points for the rest of my team, and while the Blackfish hasn't disappointed in his limited screen time, Varys has been lacking in the shade department. Perhaps he's saving all his good comebacks for the last few episodes.

Despite having a woefully Dorne-y team (WHO COULD HAVE SEEN DORAN’S DEATH COMING?), my banking on effective regional players and pure hype is paying off and then some. Jon Snow was easily one of the best first-round picks in the league, earning some great points by not only coming back from the fucking dead but also killing his Night’s Watch betrayers in one fell swoop before dropping the mic and abdicating his post. Dope. Even though he’s on a slow campaign to win back the North with Sansa, I’ve had power players like Euron Greyjoy and Olenna Tyrell — the Queen of Reading Cersei for Blood, among other things —to keep me ahead of the game.

With three episodes left and Lady Tyrell seemingly entering early retirement, I’m leaning on Euron and nü-Daario to get a few good shots in. I’m also hoping the Sons of the Harpy finally do… something. But with the Battle of Winterfell looming, Jon Snow may reveal himself as Azor Ahai himself and strike Ramsay Bolton down. If that goes down, I'm off to the ticker tape parade.

Learning the Game of Thrones theme song on a futuristic keyboard