You can now buy a pair of hover engines to power your own Hyperloop for $10,000

You can now buy a pair of hover engines to power your own Hyperloop for $10,000

From the makers of the Hendo hoverboard

Do you cringe every time someone says "hoverboard" and mutter under your breath, "Actually, it's a self-balancing scooter"? Do you believe that Elon Musk is our lord and savior sent to this earth to make our commutes faster, cleaner, and infinitely more terrifying? Do you have $10,000 burning a hole in your pocket? Then do I have the product for you.

Arx Pax, the Silicon Valley company behind the Hendo Hoverboard, just announced that its HE3.0 hover engines are now available to be purchased as a pair for the low price of $9,999. That price might be suspiciously low, though, because according to the manufacturer, this is an engine that can make anything from a heavy box in a warehouse to (eventually) an entire building in an earthquake-prone neighborhood hover a few millimeters above a surface. So forgive me, but 10 grand seems pretty cheap when it comes to preventing future earthquake fatalities or jamming through Hill Valley with the McFlys.

Maybe that's because, aside from the few lucky idiots (myself included) who got to "ride" the Hendo hoverboard, most people have never seen Arx Pax's technology in action. (To be clear, you don't really ride the Hendo, you just drift aimlessly across a copper-plated surface while someone from Arx Pax gently pushes you back and forth.) The company's CEO, Greg Henderson, much like his Silicon Valley peers, is very good at making bold proclamations about his product's societal benefits — but it's probably too soon to tell whether the HE3.0 will live up to that promise.

"This is the most efficient way to separate an object from the earth," Henderson told me yesterday. "When you have something that actually hovers, it sells itself." 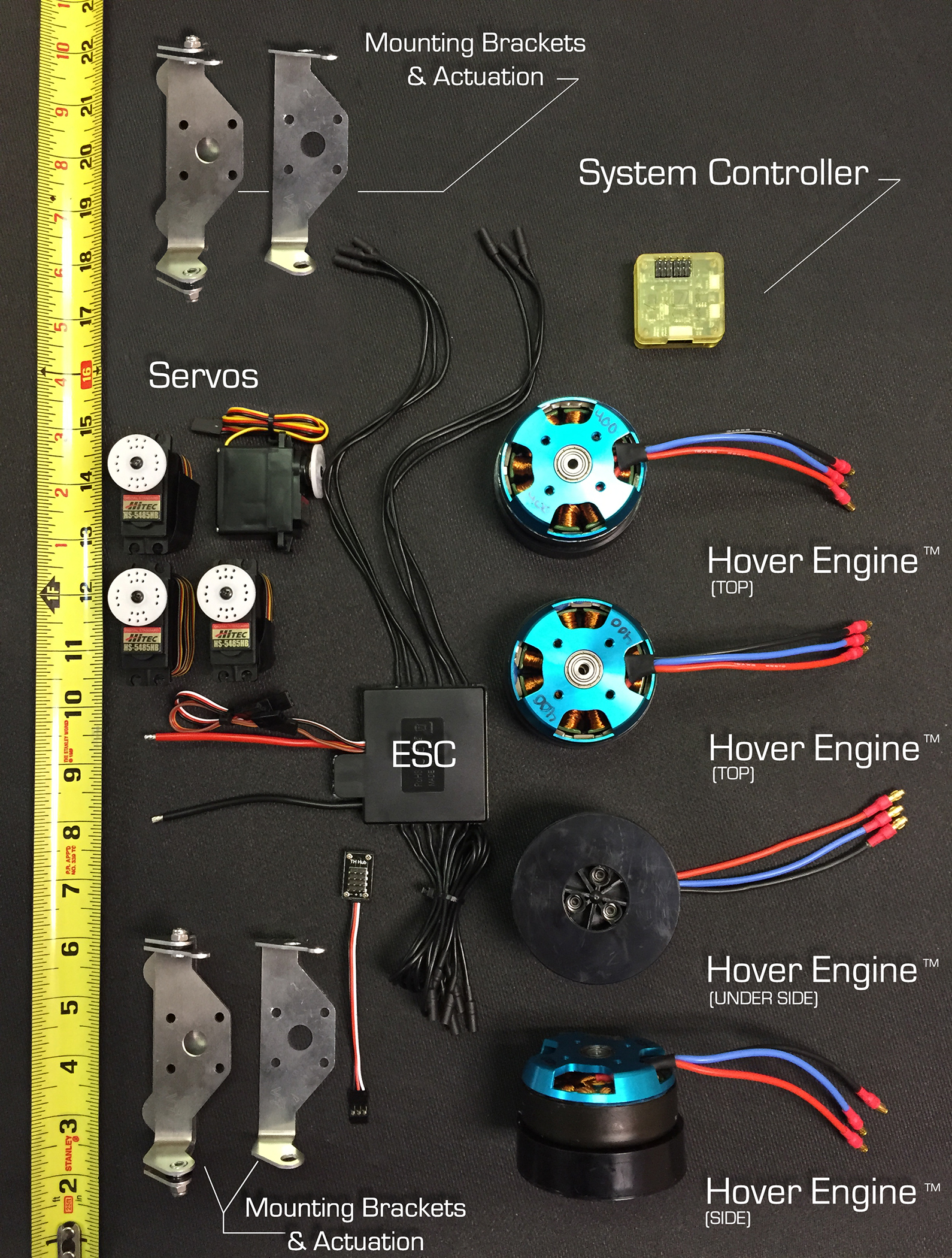 Along with the hover engine, Arx Pax is also selling something called the Magnetic Field Architecture Bundle, which includes hover engines, mounting brackets, servos, and a system controller for $1,589. Together, these products can be used in a variety of fields, Arx Pax says, including "entertainment, industrial automation, [and] transportation or seismic isolation." Two private companies, Ball Aerospace and Pampa Technologies, have already placed orders, joining SpaceX and others that have purchased beta versions of the technology.

The Hyperloop — the Musk-envisioned, tube-based transportation system — is another emerging industry where Arx Pax hopes to sell its engines. Henderson said he has provided hover engines to several of the participants in this summer's SpaceX-sponsored Hyperloop pod competition, including rLoop, the team that formed on Reddit. "Our hover engines provide an incredible suite of capabilities," Henderson said. "And they are the only thing that come with their own form of propulsion and braking."

The hope is to convince Hyperloop engineers, especially those employed by the two LA-based startups that are actively building their own prototypes — Hyperloop One and Hyperloop Transportation Technologies — to see the benefits of Arx Pax's hover engines, Henderson said. But that has yet to happen.

"What's curious is that with all the money they have, what they've been able to demonstrate so far is a linear induction system," Henderson said, referring to Hyperloop One's recent public, open-air test of its propulsion system in the Nevada dessert. "When it comes to really showing something that hovers, they have yet to do that."