Netflix has so much programming rolling out lately that it can be hard to keep track of it all, but judging from the first trailer, it might be hard to forget its upcoming show Stranger Things. Created by the writing and directing team of Matt and Ross Duffer, the show is a period piece set in 1983 that follows the disappearance of a 12-year-old boy — and the dark secrets about the town it uncovers.

From the logline alone it sounds like it could be just one of the many investigative dramas that have flooded screens in the age of peak TV, but what makes Stranger Things look so interesting is how the trailer exudes the influence of two of the most influential voices of the 1980s: Stephen King and Steven Spielberg.

A small, close-knit town? Kids riding around on bikes? A strange mystery that someone appears to be hiding? Enough anamorphic lens flare to make J.J. Abrams blush? The quiet dread of a lonely bicycle, back wheel still spinning, without its owner to be found? It's all there, like the prelude to an actual good adaptation of It.

The adoration runs so high that the font for the show's title card seems to pull almost directly from the cover of King's Night Stand story collection. And if you were ever a fifth grader that perpetually ran around with a Stephen King paperback in your back pocket (okay, that may have been me), it's enough to give you the straight-up chills. Those are some pretty big expectations to set, however, and we'll have to wait until all eight episodes of Stranger Things debut on July 15th to find out if it delivers. 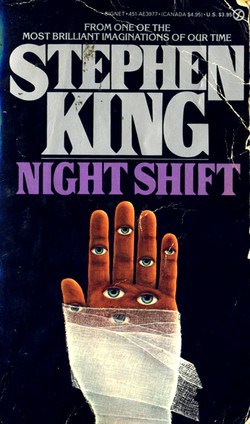