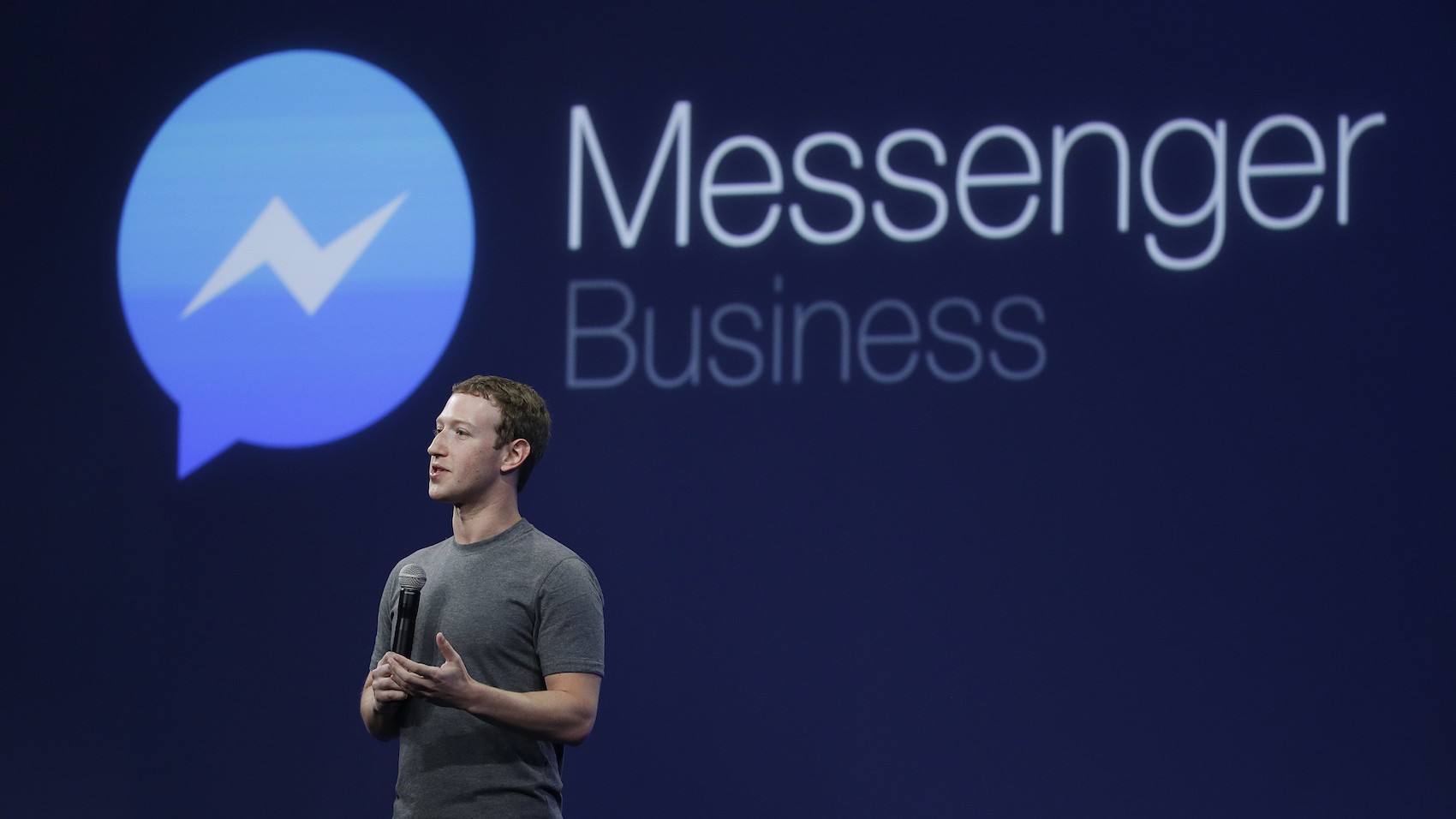 The next generation of apps will do more than just keep you occupied.

In the past few months Facebook's flagship messaging app has undergone some massive transformations. CEO Mark Zuckerberg and his team have been leading the charge in the tech world's war for services, and Messenger is quickly becoming a one-stop marketplace, with plenty of futuristic features being prepped for taking over your conversations.

At F8, Facebook's annual conference for developers, the crowd saw an eager Zuckerberg fly through new updates that Messenger would be bringing to its 900-million & growing user base. The latest features have seen some basic additions like calling an Uber, or payments to friends. But future features tucked deep inside the source code lies much bigger implications

"I've never met anyone who likes calling a business."

Chat Bots, interactive software powered by artificial intelligence, can be our portal into a lifestyle that moves a little faster. These automated robots will be the bridge between customers and businesses, providing a cleaner, easier, 21st Century version of customer service. Zuckerberg poked fun at the inefficiency of trying to contact businesses today onstage at F8. "I've never met anyone who likes calling a business, and no one wants to have to install a new app" he said.

Pushing the Messenger platform to the 50-million plus businesses currently on Facebook means that you're going to spend a lot less time trudging through department stores, and more time doing the things you really want to do (like scroll endlessly through your News Feed). "We think you should message a business in the same way you would message a friend... it should't take your full attention, like a phone call" Mark noted.

Over the next few years, Personal Finance, Customer Service, Retail, and even the Food Industry will all be redefined drastically. Bringing business owners up to speed will surely be the next hurdle as the rest of the world shifts its attention almost entirely over to Mobile. Can you imagine a world where you can purchase something simply by sending a Thumbs Up Emoji?

Notifications about orders, news, and sales, will be sent directly to you and tailored based on your interests found on Facebook. Threaded conversations & robots delivering all the information you need about your purchases will eliminate the need for humans sitting on phones all day. The era of call centers will be over as most companies modernize their services. You will never have to call and wait 10 minutes just to be transferred to another department 3 times, ever again.

Going beyond the technical aspects, Messenger also has been ramping up development of its more interactive side of things, games & entertainment. You've probably heard of, if not already spent countless time playing against friends, about the basketball and soccer mini-games that you can find baked into your conversations. Simply tap the emoji of the sport you want to play, and you're instantly taken into a window where you can play against your friends for the highest score.

Facebook wants to keep you within their world as much as possible, and with your news feed being your one stop shop for all your daily entertainment, what will it mean when Messenger becomes more than just how you keep in contact with your friends, but the main way you shop, work, and interact with the outside world? All this on top of not even needing to have an active Facebook account to use Messenger from the get-go, It stands poised to take over smartphones as the next "everything app".