Hanging out with Anki's Cozmo, the toy robot putting AI at our fingertips

How Anki is opening Cozmo's code for anyone to use

When playing with Cozmo, Anki’s palm-sized artificial intelligence robot, it’s easy to forgot all of the engineering and software running behind the scenes. Every action, from Cozmo’s audible chirps of victory when it wins a game to its childlike mannerisms when it recognizes your face, conceals tens of thousands of lines of code.

When the product launches this October, Anki hopes consumers won’t think of its AI robot as undecipherable technology. Instead, the company wants people to wonder what’s going on under the hood — and, eventually, to alter it themselves.

Hanns Tappeiner, Anki’s co-founder and president, shows me the tools consumers can use to accomplish that feat. With an iPad mini plugged into his laptop at the company's San Francisco office, Tappeiner boots up the Cozmo software development kit and starts sending instructions to the robot. The SDK lets him order Cozmo back and forth in a straight line, at a set speed and distance. He closes out the loop with a cheerful animation, one of dozens Anki recorded and will make available to consumers. All of this is performed with simple code, which calls more complex operations Anki engineers have already constructed. 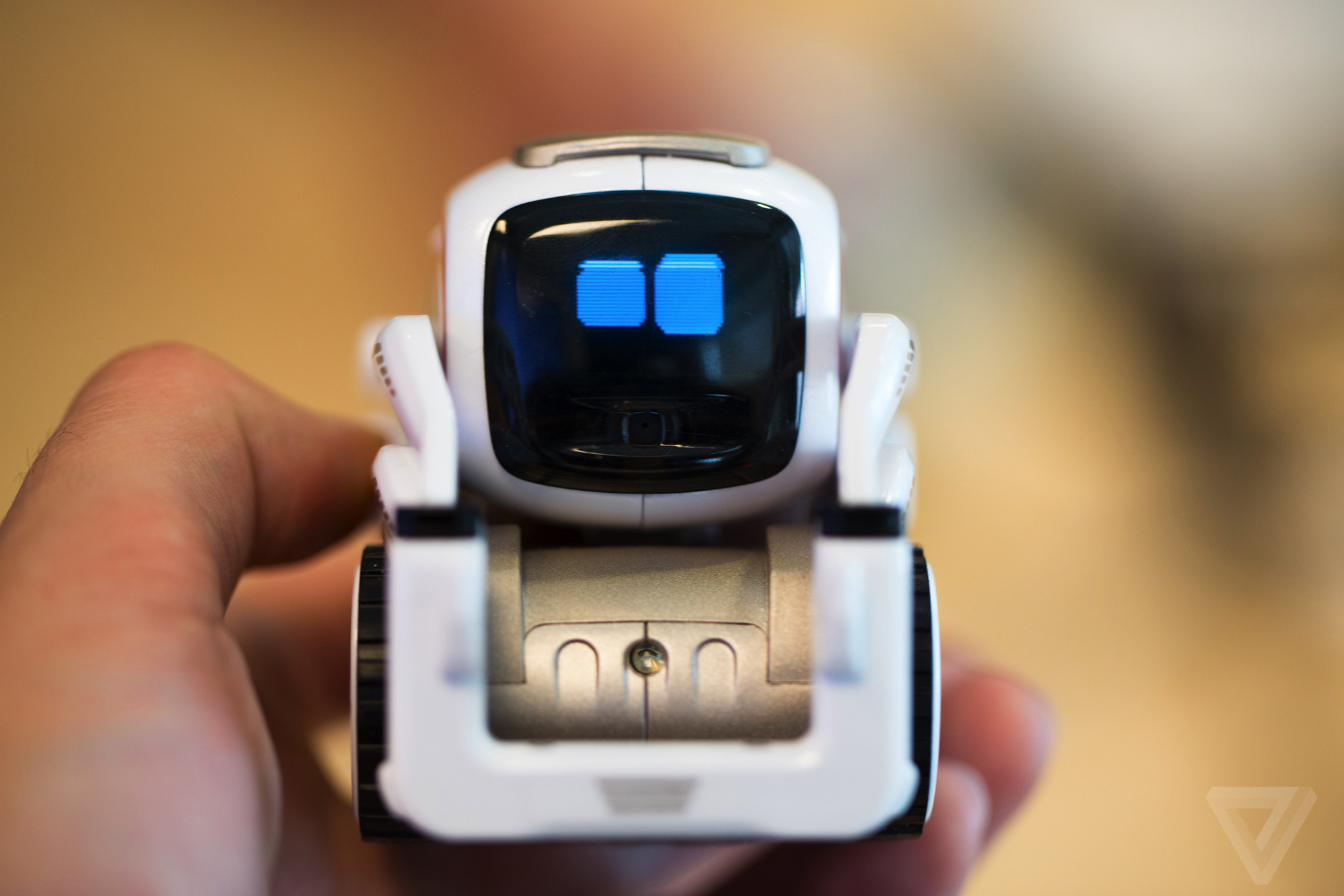 "As a developer, you don’t need to care," Tappeiner says. "You just ask the robot what he currently sees." The SDK is designed to let you interact with the robot’s programming in as simple or as complex a manner as you choose. So whether you’re a nine-year-old student or a game developer, Tappeiner adds, you can just tell Cozmo what you want it to do.

Anki hopes Cozmo will have an effect similar to Microsoft's Kinect

With a beta version of the SDK launching alongside Cozmo in October, Anki hopes everyone from young kids all the way up to research scientists will try tinkering with the robot. All you’ll need is the Cozmo app. By plugging your mobile device into your computer, you’ll be able to fire up the software that controls the robot and modify it. It’s a big leap for the company, which prior to Cozmo focused on selling very polished smartphone-controlled toy racecars that zoomed around a special track.

Anki hopes its tiny robot will have an effect similar to Microsoft's Kinect motion camera. The Xbox accessory gave researchers and tinkerers a low-cost computer vision solution for all sorts of real-world robotics applications. Anki hopes Cozmo’s advanced software will prove just as versatile. "When you’re in grad school and you study robotics, you have access to a lot of really amazing tech," Tappeiner says. "But it’s really only accessible if you’re studying robotics." 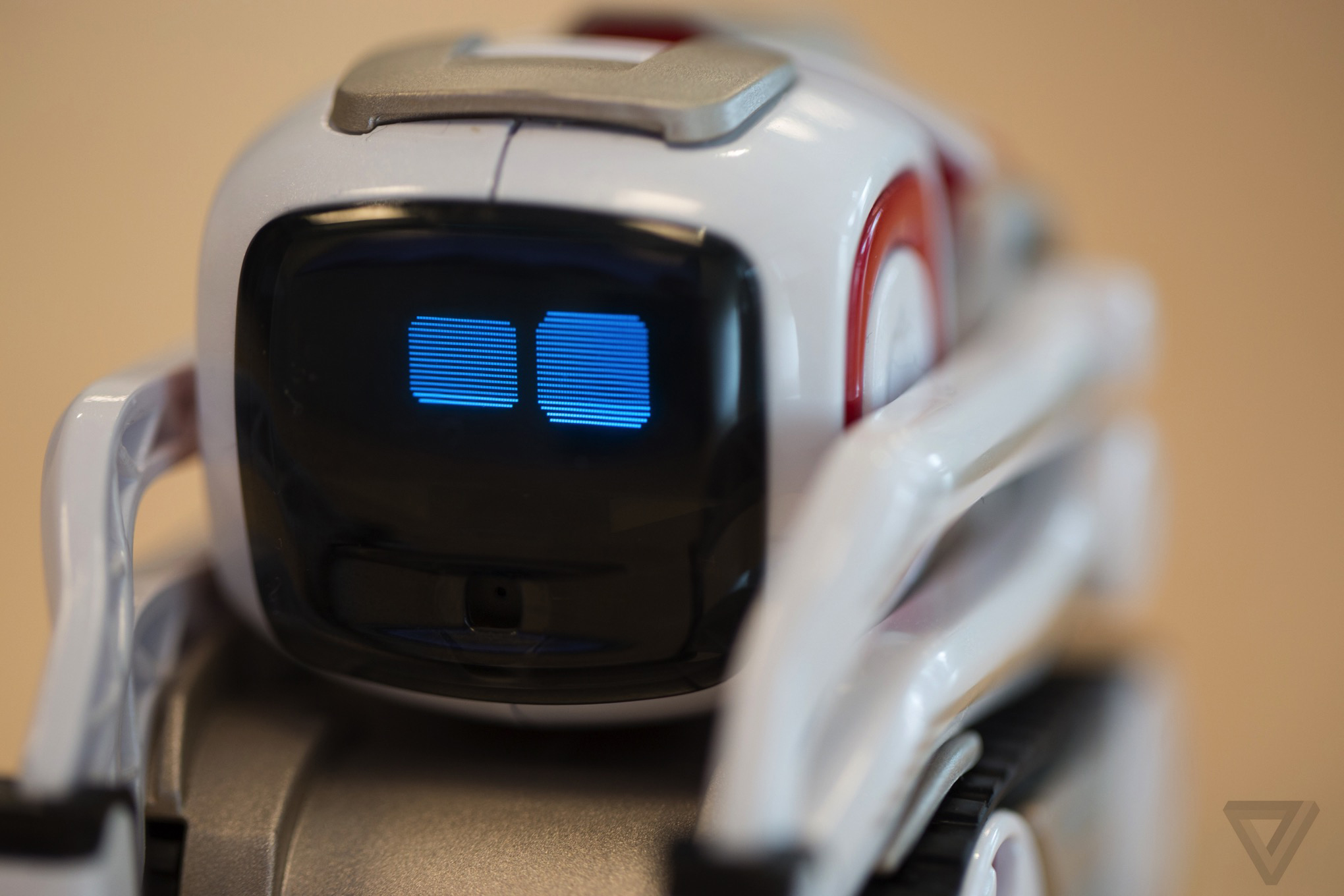 Anki wants cozmo to be a foundation for consumer robotics

The goal with Cozmo is two-fold: to give everyday people cutting-edge AI, and to prove Anki’s software can become the foundation for a whole new generation of consumer robotics. According to Tappeiner, the moment an industry has reached a new level of advancement is when non-experts are given direct access to what was previously restricted to research labs.

With the Cozmo SDK, Anki is giving every customer access to the robot’s low- and high-level functions. The basics include wheel speed, lift and head position, and sensor data. The more advanced functions include Cozmo’s facial recognition abilities, its emotion engine for replicating a number of humanlike personality traits and behaviors, and its ability to understand objects in the environment and plan paths around them.

Ultimately, Anki wants developers to take Cozmo and accomplish things its engineers and artists never even considered. That means game developers could create all-new games for you to play with Cozmo, and it can even be used to integrate into any number of other services. For instance, Tappeiner says Cozmo’s facial recognition abilities could be used to identify when two or more people are sitting in front of the television. From there, the robot could dim your Philips Hue lights and fire up Netflix.

There are some kinks to work out. So Anki doesn’t plan on releasing a finished version of the SDK until a few months after Cozmo launches. The company has to figure out a way to let third-party developers release their own software, either as independent apps through the Play Store and Apple’s App Store or, ideally, as add-ons downloadable from its own mobile app.

As far as interest in the robot goes, Anki isn't concerned. Tappeiner says the company is already taking in more Cozmo preorders than it anticipated. Even with mass production starting this month, some deliveries may be pushed to 2017. "We’re building them as fast as we can," he says.