Moto G4 Plus review: no

The heartbreaking betrayal of Moto’s most important phone

Share All sharing options for: Moto G4 Plus review: no

I’m angry right now. Angry that it’s 2016 and Android smartphone performance can still be awful. Furious that we’re approaching the 10th anniversary of the iPhone and Apple’s competitors still don’t get why its phone is so popular. But most of all, I’m irate that Motorola’s once-great Moto G budget handset has been turned into a compromised and nondescript piece of technological mediocrity.

The original Moto G in 2013 was a revelation, proving that cheap phones and good phones were not mutually exclusive categories. It had a smallish 4.5-inch display, 720p resolution, and no LTE — but it matched those things with a neat and responsive interface and an unbeatable price of $179. Today’s Moto G, the fourth generation that’s also referred to as the G4, is only a very distant cousin of that original creation. Its screen has bloated out to 5.5 inches, its price has risen to $199, and — here’s the big spoiler — all that beautiful responsiveness has disappeared.

Part of me sympathizes with Motorola’s new owner Lenovo’s compulsion to just make the Moto G as big and as spec-heavy as it could possibly be. This phone is aimed at budget-conscious emerging markets, India especially, and big screens, big batteries, and big megapixel counts are an easy shortcut to presenting value through specs. The Moto G4 has all of those things (with the $249 G4 Plus I’m reviewing here bumping the camera to 16 megapixels and throwing in a fingerprint sensor), but it fails to make the most of them. It’s not an irredeemable failure, but it’s infuriating because of what it could have been.

The foremost attraction of the new Moto G is its display. This 5.5-inch IPS LCD has 1080p resolution, excellent viewing angles, and accurate color balance. I would be happy with a screen of this quality on any flagship smartphone, and the absence of higher resolution is no problem with a phone that has no aspirations for performing VR duties (which will be the big reason to want high-res phones in the near future).

One step forward, multiple steps back

I can only quibble with the automatic brightness adjustment, which can be slow to adapt and sometimes changes in discrete increments that make it noticeable. That quibble grows, however, when you start exploring the Moto G’s interface and find yourself consistently bothered by something. Is it the jittery animations? Is it the way the keyboard’s letter pop-ups linger on the display for longer than they should? Or is it those two-second delays when trying to review the last photo you took with the camera? The answer is all of the above, of course, as you quickly discover that the Moto G4’s performance is sluggish to the point of being offensive.

Motorola, when it still existed, had this all figured out. The company optimized a nearly stock version of Android to a modest spec sheet and shipped it on handsets that truly raised our expectations for budget Android devices. It’s with those expectations that I look upon this new Moto G, and the phone simply fails to live up to Moto’s own standards. I can’t overstate how disappointing and pervasively frustrating this phone’s lack of responsiveness is. Android Marshmallow is a beautiful operating system when it runs smoothly, but the Moto G makes its blooming animations and subtly delightful transitions look painfully laborious.

The easy thing would be to conclude that the Snapdragon 617 processor inside is inadequate for the job, and most other phones that we’ve reviewed with that chip have indeed shown themselves to be rather slow. But HTC’s One A9 was and remains an excellent performer even with the 617 inside it, so all that this tells me today is that Moto isn’t as good at optimizing its software as it used to be.

Moto's Android is still clean and tidy, but dragged down by awful performance

Android itself is left practically untouched on the Moto G4, maintaining at least that Moto tradition, and the few additions on top of it are good ideas. There’s a double-karate-chop gesture for activating the flashlight, which I love. It’s both fun and functional. Accessing the Moto G’s camera can be done by either a double twist of the wrist or a double tap of the power button, giving you two easy shortcuts for one of the device’s core functions. And beyond that, it’s just a distilled, very straightforward presentation of Google’s best — albeit with the major issue of everything running like a three-legged donkey with a bad attitude.

The camera is another spot where the Moto G’s poor performance proves an issue. When I take a photo and swipe in from the right to look at the shot, there’s a weird screen rotation animation (why? I’m keeping the phone perfectly level!) before I’m able to review or edit anything. That annoyance is augmented by the delay when swiping to and from the camera viewfinder, rendering me both aggravated and enervated. I don’t want to — I shouldn’t have to — fight my phone when all I want to do is take a picture and look at it.

Not that anyone should trust the Moto G for anything more than casual photography. I’ve been testing the upgraded 16-megapixel Moto G Plus camera, and it does nothing to justify the "Plus" branding. It’s the very definition of mediocrity, falling far behind the recent OnePlus 3 in terms of sharpness, detail retention, and color accuracy. Don’t bother trying to photograph anything in low light with the G or G Plus, either, as you’ll only end up with big splotches of indistinct color.

The Moto G doesn't need to be fancy, and it isn't

On the positive side, the Moto G is well built and its battery really does last. There’s nothing fancy about this phone’s construction — and nothing needs to be fancy, given its affordable price. The Moto G just needs to be durable and I think it achieves that goal nicely. It’s rigid, the plastic cover is both easy to grip and resistant to light scratches and abrasions, and the whole phone has a water-repellent nano-coating for extra peace of mind.

It’s hard to give a precise assessment of the Moto G’s battery, because, frankly, I just don’t use this phone as intensively as I'd use one that actually performs well. Hell, I’m more likely to call my brother than to message him, simply because there’s no input lag on a phone call. That being said, the Moto G does make it through a good day and a half of less strenuous use with ease, and Moto’s claims of its battery being a strength seem justified. The upside of not having tons of memory and a super high resolution display is that you also don’t have too many things putting a strain on the battery.

As to those phone conversations with my brother, they were of a reasonable quality, sounding better to him than to me, and the Moto G acquitted itself well in the basics of finding a signal and staying connected. But the phone’s earpiece, which also serves as its loudspeaker, is not very good. This speaker sounds so bad, in fact, that it makes notifications and ringtones sound unpleasant. It’s barely okay when playing back music.

Lenovo must do better than this stuttering, suboptimal experience

When drawing up a final assessment of the Moto G and G Plus, I want you to think about that speaker. It’s a thing everyone was supposed to have figured out years ago, but Moto thought it could optimize it somehow and in the process made it worse. The same is true of Android, which has access to a lot more power in 2016’s Moto G than the 2013 handset, but ends up running slower. This is just a phone rife with bad decisions and bad execution. Another example might be to ask why the fingerprint sensor, sitting exactly where a home button should and having the shape of a home button, isn’t actually a home button.

The Moto G could have been a great budget phone. It has a splendid display, a no-nonsense build, and many of the basic building blocks required. But it’s left me frustrated and annoyed because, unlike the original G, this new Moto has not been thought through or designed in any meaningful way. It’s an assemblage of specs without any unifying thread giving them purpose and coherence. From the recent batch of new Android phone unveilings, I would recommend this Moto G ahead of only the Sony Xperia X, which has many of the same issues, but also touts a ridiculously inflated price.

If Lenovo wants to carry on Motorola’s legacy, it must do better than this stuttering, suboptimal Android experience. Even at $199, the Moto G should not be this slow and unfriendly to its user. The Moto brand once defined what affordable Android could and should be, but this year’s Moto G iteration has fallen into the familiar trap of chasing specs and numbers instead of usability and usefulness.

Our review of Lenovo Moto G Plus (4th Gen) 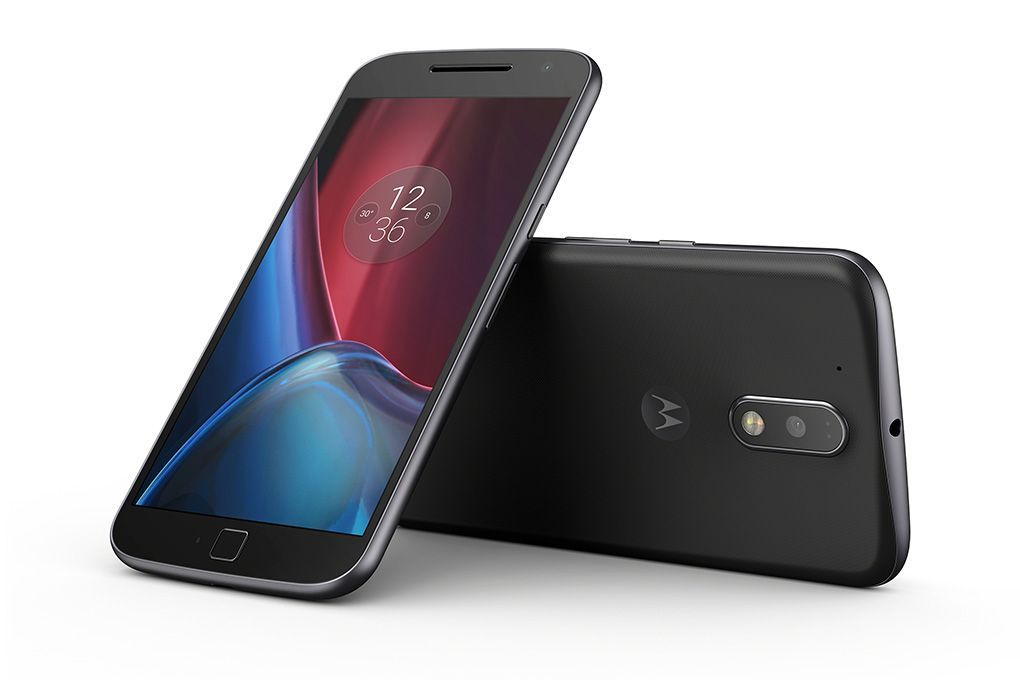