For April Fools’ Day 2014, Google invited players to catch pokémon inside of the Google Maps app. The pop-up game was simple, akin to Where’s Waldo, but the goliath company promoted the special event with a faux trailer that looks in hindsight like a target video for Pokémon Go.

And here’s the launch trailer for Pokémon Go:

Pokémon Go isn’t quite as ambitious as the original video. Players aren’t chasing herds of virtual creatures, and catching pokémon is limited to tossing pokéballs — sorry fishing fans. Of course, that hasn’t put off millions of fans from flocking to the app.

There’s a fun story within the story, too. In the comments for our coverage of Google’s 2014 April Fools’ goof, user WickedToby741 predicted how the Pokémon Go would come to be. Enjoy the full comment chain, below. And thanks to reader VirusKA for spotting the old comment! 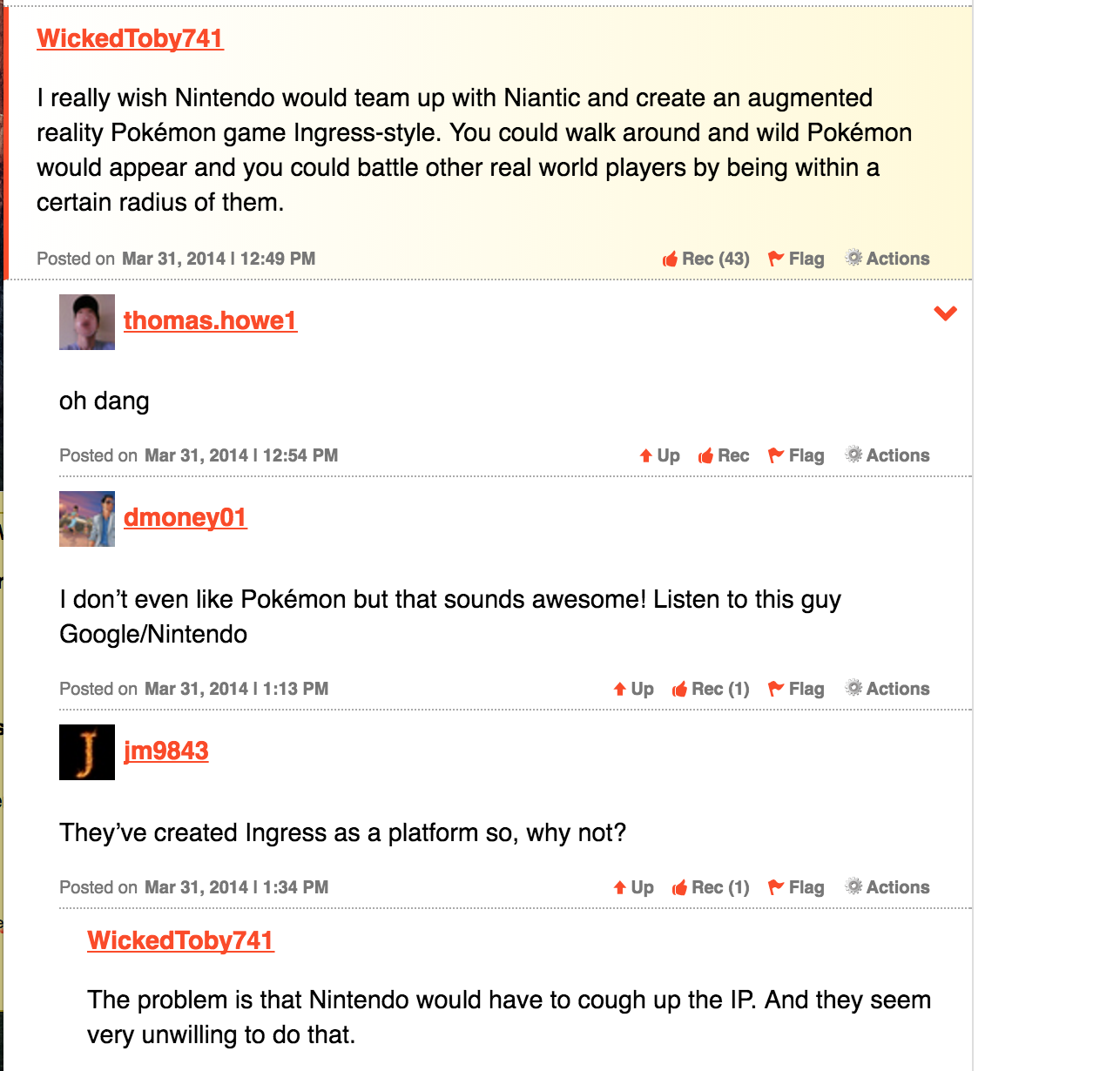