Potentially good news for the MTA

The London Underground, famous for its iconic subway maps and stations, now wants to share its peerless fare payment system with the rest of the world. The Transport for London (TfL), which runs the Tube, signed an agreement with Cubic, a defense and transportation contractor, to license its contactless ticketing system to other transit agencies across the globe.

That could be good news for New York City’s Metropolitan Transportation Authority (MTA), which is currently on the hunt for a contractor to build and install a mobile ticketing system for the largest subway system in the US.

The licensing agreement could be worth up to £15 million (or $19.8 million) for London, which will help Mayor Sadiq Khan keep his promise to freeze transit fares for four years — a vow that many are accusing him of failing to uphold. It could also mean that transit riders in Sydney, Brisbane, Chicago, and Vancouver — cities where Cubic already employs its technology — could see their fare payment systems start to look more like the London Underground. 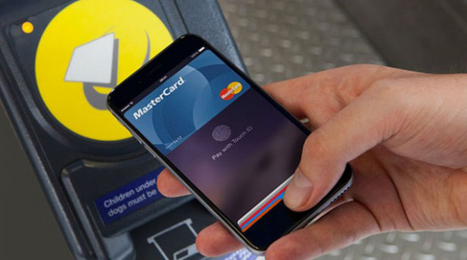 TfL has been on the vanguard of contactless fare payment, starting with the Oyster smart card in 2003 and then moving on to mobile ticketing, allowing straphangers to use Apple Pay and other services on their smartphones to pay for trips. The contactless payment system was first launched on London's buses in December 2012 and expanded to cover Tube and rail services in London in September 2014.

Last April, the MTA put out a request for proposals for a system that "allows bus and train customers to pay fares by tapping a contactless bank card, smartphone, or smart card against an electronic reader." The city’s two main commuter rails, Metro North and Long Island Rail Road, will be getting contactless payment by the end of 2016.

Cubic will be submitting a bid, but it isn’t the only firm hoping to secure the contract with the MTA. Masabi, a Massachusetts-based company, will also be submitting a proposal, hoping its work on Metro North and LIRR’s systems will give it a leg up. (MasterCard recently partnered with Masabi to combine the former's MasterPass payment technology with the latter's mobile ticketing platform.) Cubic, meanwhile, is counting on its many years as the main operator of the MTA’s yellow MetroCards to give it an edge in the competition.