What do the minds behind Threes, Sage Solitaire, and Ridiculous Fishing think of the AR phenomenon?

Over the last week, Pokémon Go has virtually taken over the world with over 20 million active users in less than 10 days — despite the fact that it’s currently only officially available in a handful of countries. Even with its mammoth early success, the game has proved to be surprisingly divisive.

Many fans and critics are praising its ability to bring gaming into the real world, forcing Pokémon fans to go outside and socialize. But a vocal number of players have some serious complaints about the actual game portion of the experience. Twitter and other social media platforms are checkered with complaints about how Pokémon Go lacks some of the core features you’d expect from a Pokémon game — like the ability to raise your little pocket monsters or trade them with friends — and that because of this, it’s unlikely to have lasting appeal.

Is Pokémon Go a good game? Or is it just a short-lived social phenomenon? Does it even matter? To answer these questions, I spoke with three of the most talented mobile game designers around: Zach Gage, creator of games like Sage Solitaire and Spelltower; Asher Vollmer, the designer behind Threes; and Rami Ismail, one half of Dutch studio Vlambeer, the team behind games like Ridiculous Fishing and Super Crate Box.

Here’s what they had to say.

I think Pokémon Go is a great game. To really understand why, it's important to recognize that some games are made great by their mechanics, and some are made great by their communities. Since games really only exist when they are being played, it's very difficult (or maybe impossible) to meaningfully separate a community from a game itself.

I've seen Twitter folks and reviewers complaining about the experience being good but the game itself being bad, but I'm not sure it's entirely fair to pick it apart like that. What the game is mechanically, or at least what it appears to be mechanically, is a huge part of what's drawing so many people to play it. And the biggest, most magical part of playing Pokémon Go right now is that it's the first real-world sized, real world game. By which I mean, the game not only takes place in the real world, but it has enough players to fill it up.

When I launched Pokémon Go and realized that there was barely a tutorial and that the UI was incredibly laggy and that Professor Willow looked like a subpar piece of fanart… I was worried. And I didn’t find the game very interesting, so I bounced off of it pretty quick and I was pretty upset about how terrible it felt as a videogame.

And yet everyone around me kept playing it and they were compelled by it, so eventually I picked it up again and gave it another chance. Instead of playing it by myself, I went on walks with friends and realized that we all saw the same pokémon in the same location, which was actually a very good design decision.

We ended up finding crowds and heading towards pokéstops with lures, which would expose us to other players, who we would chat with… it was a pretty magical experience. And this experience feels actually very well designed! The UX feels like crap and the gym battles are definitely the worst part about the entire game, but Niantic clearly put a lot of thought into how this game works in the real world and they’ve done an amazing job with that. We’re very lucky to experience such a phenomenon! 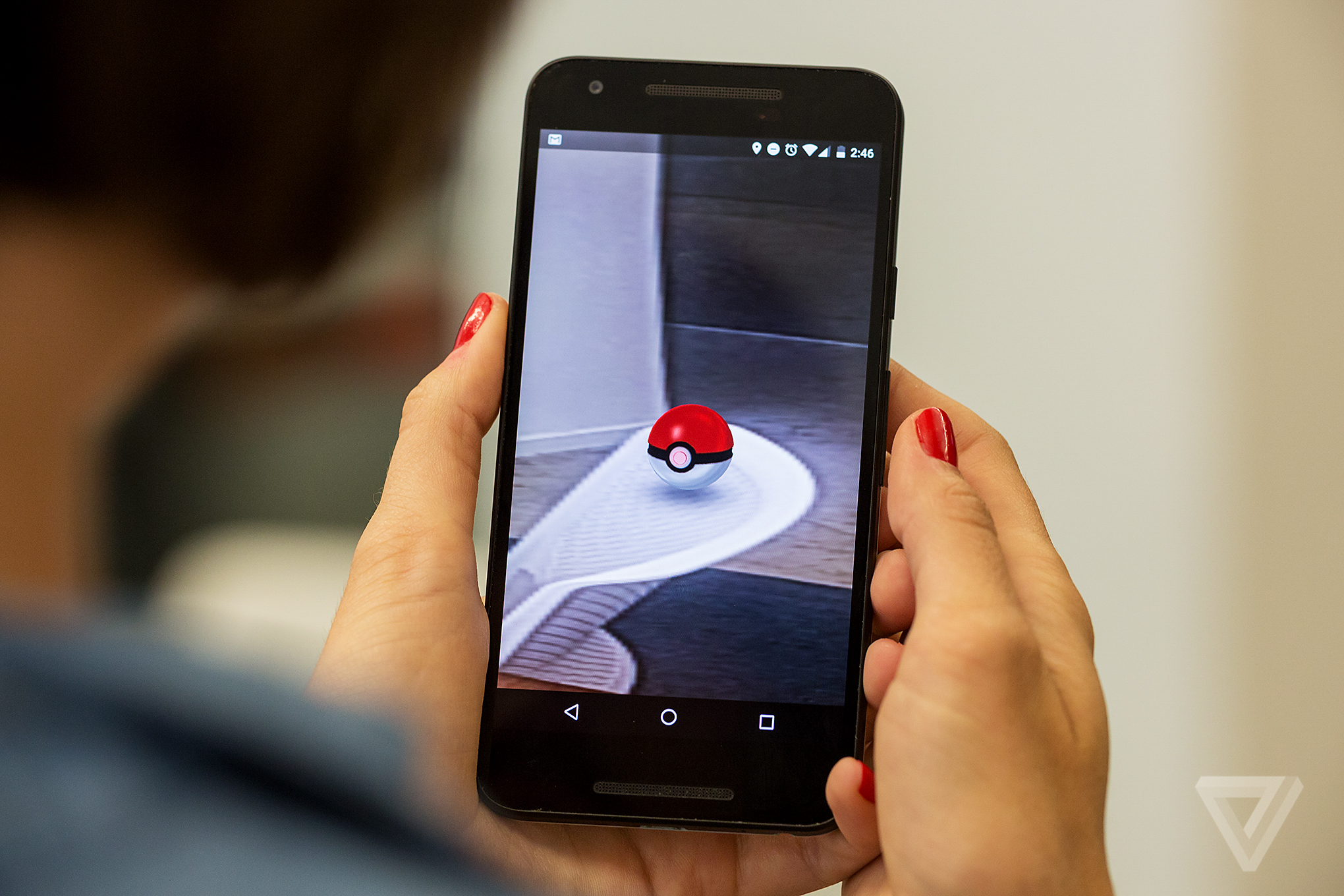 Does it matter if the game itself is well-designed?

Pokémon Go is an interesting phenomenon. I'm not sure what to call it. It fits in way nicer with location-aware apps like Zombie, Run, or Ingress than anything most people would consider a "game." From what I've seen, it's mostly remarkably barren and unbelievably buggy — but it doesn't seem to matter. Pokémon Go is the fantasy of Pokémon, 20 years ago, made "real." Through that, it quickly spread to people way outside of gaming, and now that lack of "gameness" has turned into a major advantage. It's a reminder of how monolithic gaming still seems to the world at large — the idea that Pokémon Go is not a game means more people are trying it, and the lack of gaming's typical direct competition and lack of jargon and accessibility in the main core loop allowed it to grow everywhere.

At its core Pokémon Go is yet another addictive reward loop. Some pokémon are very common and some are incredibly rare, so we are compelled to keep walking and keep searching on the off-chance we will find something new. I don’t think this is inherently bad, but I do think it’s important to be mindful of how we engage with these kind of mechanics. And the fact that a pokémon’s position is shared across users makes the whole thing a sort of communal slot-machine, which is actually pretty groundbreaking and interesting.

I think what people are claiming as "bad" is actually a creeping component of modern viral game design — opaque [user interface]. There’s no indication yet as to if the extremely awkward UI of Pokémon Go was intentional or not, but either way I think the aggressive obfuscation (and lacking tutorialization) of the deeper game mechanics is doing a lot to bring players in. Not only is it hiding the more complicated parts of the game from new players, but it enables a lot of discovery sharing amongst friends, kids and parents, websites and readers, etc.

Beyond the confusing gym-battle UI you can see this practice stretched into many clearly intentional design decisions in the game: battle-use items only show up around level eight, great balls at level 12, and the pokédex keeps expanding as you find higher and higher numbered pokémon. These early-level omissions both simplify the game and add to the excitement of players discovering them. How many pokémon are even in this game? I have no idea, but I sure want to find out!

How will the game’s success impact mobile and AR gaming?

I think Pokémon Go has left an incredibly positive mark on the mobile game scene. It has definitely sparked a lot of developers to try new mechanics that would only be possible on phones. More importantly, it has opened players up to trying unique experiences! I’m excited to see how phone games evolve from here.

I'm bracing for the hundreds of games that will inevitably try to lift along on Pokémon Go. It's easy to assume AR has finally arrived in a big way, but it's the pairing that made this work. I'm not sure there's a pot of gold at the end of this rainbow. All I know for sure is that in my wanderings around Europe the last few days, I've seen many smiling people around hunting pokémon, and that makes me happy it exists.

One of the most exciting things about the success of Pokémon Go is that it gives us a blueprint for what people want out of augmented reality. As far as I can tell, the biggest thing we want from it is social camaraderie — which, feels like it should be obvious, but clearly was not when you look at just how few prior AR games have been non-competitive. Less excitingly but just as obviously, AR game players want to see and interact with other players around them.

While news outlets joke that Pokémon Go is a great excuse to go out into the real world and then ignore it, I'd argue that while Pokémon Go players are potentially less connected to the physical outdoors than non-players, they're more connected to the social fabric of society outside. I've interacted with more strangers in NYC in a few days of playing Pokémon Go than in the last decade I lived there. In an aggressively fractured world of headphones and podcasts and socially filtered news, it's really exciting to see a piece of tech that makes the social space feel vast and whole again. 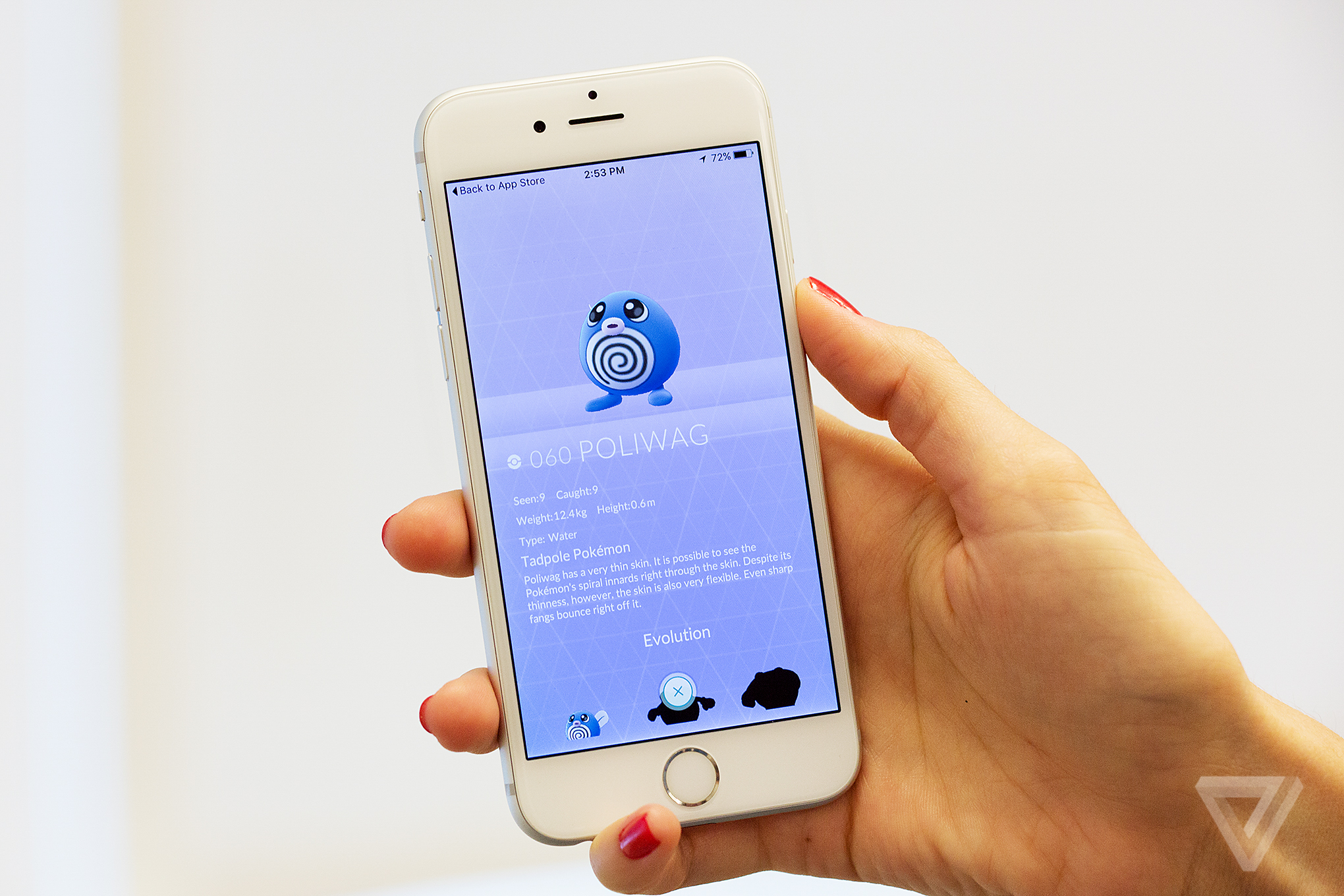 Why has the game been so successful? And can it keep it up?

What fascinates me most is that Pokémon Go is definitely not the first game of its kind — it seems the marketability and metaphor of Pokémon were required for augmented reality to really work out. Whether there's any future here remains to be seen, though — I wonder if this specific pairing was both the start and end of things for now. If so, the main question remains how long nostalgia will keep the original audience playing. Will it just be the first 150 pokémon? How much of Pokémon Go is nostalgia for Pokémon slapped onto a niche experimental game? And how much can the game float on the enormous chunk of non-gaming audience?

Obviously Pokémon being a gigantic brand is the single biggest thing contributing to the massive player explosion, but no brand is powerful enough to do something like this on it's own — it had to be paired with the perfect game.

Pokémon Go does a lot of things very right, and some of the easiest to spot pop up pretty quickly when you compare it to older team-based AR games like ConQwest or Niantic's own Ingress. Unlike those prior AR games, Pokémon Go is not initially (or necessarily ever) a competitive game. Additionally, like many of the most successful mobile games, you can grasp the entire initial ruleset from watching someone else play the game.

It seems obvious to say, but I believe one of the most substantial features of Pokémon Go is that just walking around catching pokémon is fun, even if you do absolutely nothing else.

HOW TO GET PIKACHU AS YOUR STARTER IN POKÉMON GO