I’m too motion-sick to finish this cool VR game, so I made some GIFs to explain why

I’m too motion-sick to finish this cool VR game, so I made some GIFs to explain why

I’m currently midway through a game called The Assembly, which was released on Oculus Rift and HTC Vive a few days ago. The Assembly is one of the closest things VR has to a full-length, first-person exploration game, which is one of my favorite genres. The plot has shades of Portal and The Prisoner, alternately following two protagonists through a secret underground research facility that operates above the law. The writing and art direction aren’t perfect, but it’s still one of the stronger VR efforts I’ve seen recently. It also makes me sick — really, incredibly nauseated.

Broadly speaking, VR simulator sickness happens when your eyes think you’re moving but your body says you’re not, or vice versa. But in first-person VR games that use a normal console controller — The Assembly can be played on either a headset or a flat screen — it’s strangely variable. Some people will say the nausea factor is based on framerate, others on how quickly your character accelerates. In this case, though, I think it’s something fundamental to the genre: the sheer amount of moving around you do. The Assembly shows us that designing for VR isn’t just about tweaking how characters move or interact, but rethinking how designers construct the geography of video games.

For an example of what I’m talking about, let’s look at the first real level of the game. You’re Caleb Pearson, a researcher at The Assembly. You’re at a desk in the middle of an improbably spotless corporate office. Your first order of business is putting on some smart glasses. (To be clear, the game is totally smooth, and this is captured from flatscreen — the video capture and GIF-making process just takes a toll on quality. It shouldn't be taken as evidence of what the game feels like to play, just an example of the environments.)

Beyond your desk, you can see the cubicle of your colleague Dr. Ruiz. Behind you is the lab, where your unregulated super-science takes place. Overall, the whole facility and its furniture looks a bit like this, with you at the red star: 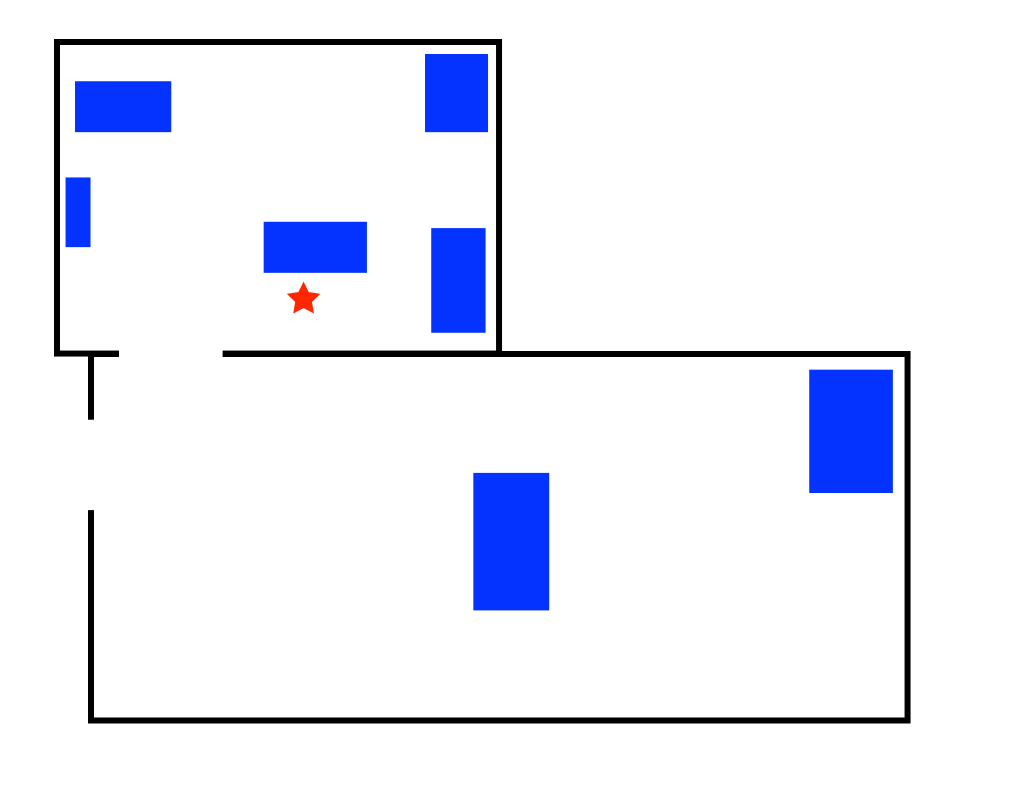 As soon as you’ve got these futuristic glasses on, there’s a call on the decidedly non-futuristic cordless phone across from you. It’s Dr. Ruiz, and he wants you to check out a virus sample. It sounds like something sinister is afoot! Let’s head to the lab.

You go to the refrigerator, grab the sample, and take it to the microscope in the middle of the room. As it turns out, the the sample is one of your old projects — a deadly disease that almost ruined your career. And between the phone, the fridge, and the microscope, you’ve gotten a full tour of the level: 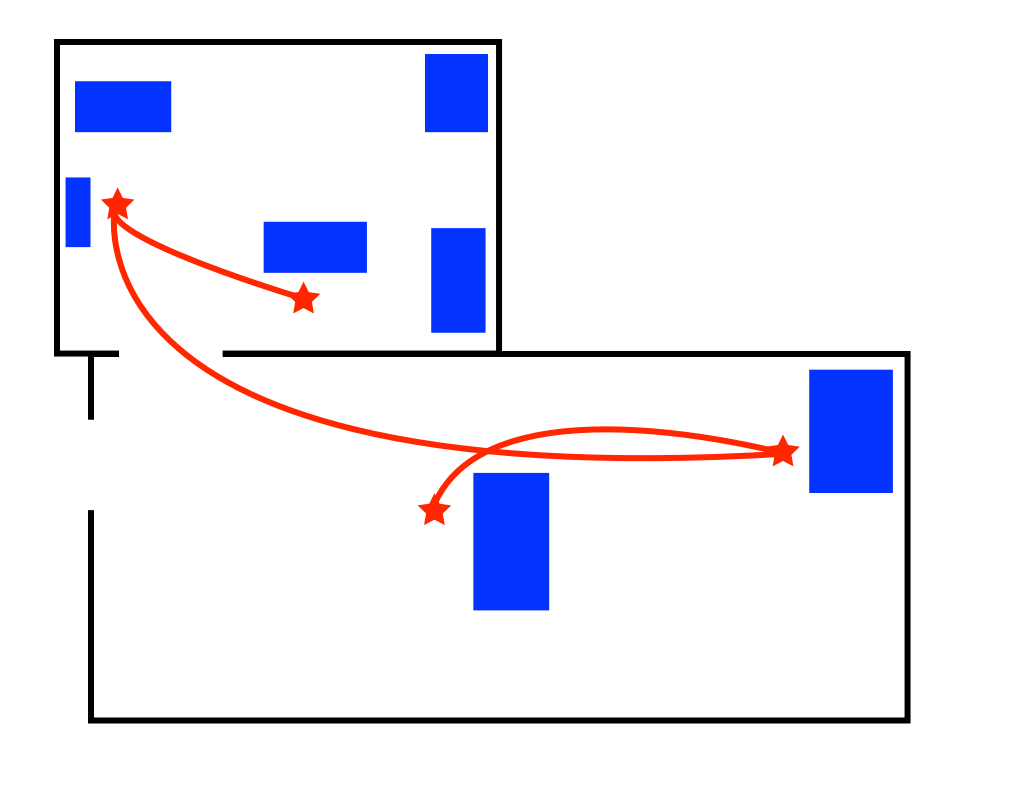 You’re not sure what’s going on, so you head back into the office and snoop around Ruiz’s desk. But since this is an adventure game, it’s locked, and there are basically two places to check for a key: a cabinet in one corner, and a locker in the other.

Well, who would have guessed! The key to Ruiz’s top-secret info about a new virus was behind some books, which you’ve kindly straightened up for him. You make a complete loop back to his desk, where you find a dossier in a locked drawer: 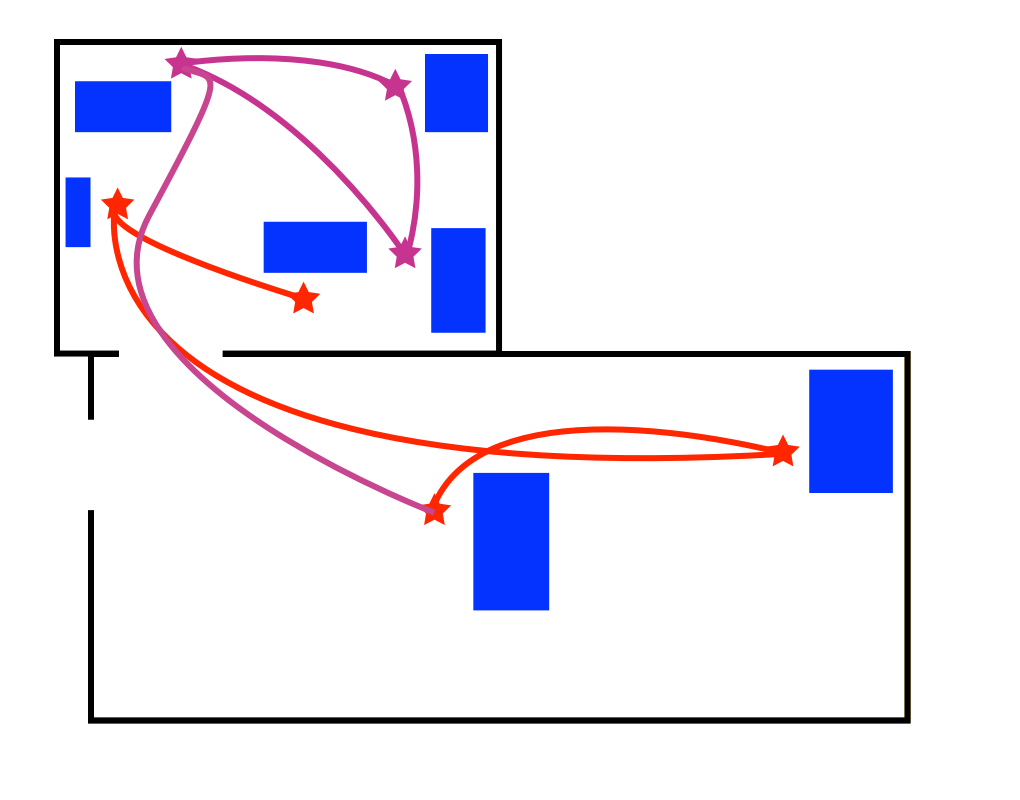 But wait — you’ve got to walk back and answer another call. Things are starting to sound awfully suspicious. You’d better go read his email, too. Yes, it’s probably got some valuable clues, but you’re also on kind of a power trip, because snooping is what you do in video games!

After you get a little more information about the titular Assembly, it’s finally time to go. You leave the desk, walk out the door, and head for the lab exit. So here’s the whole path you’ve taken in your first five or 10 minutes with Dr. Pearson, from beginning to end: 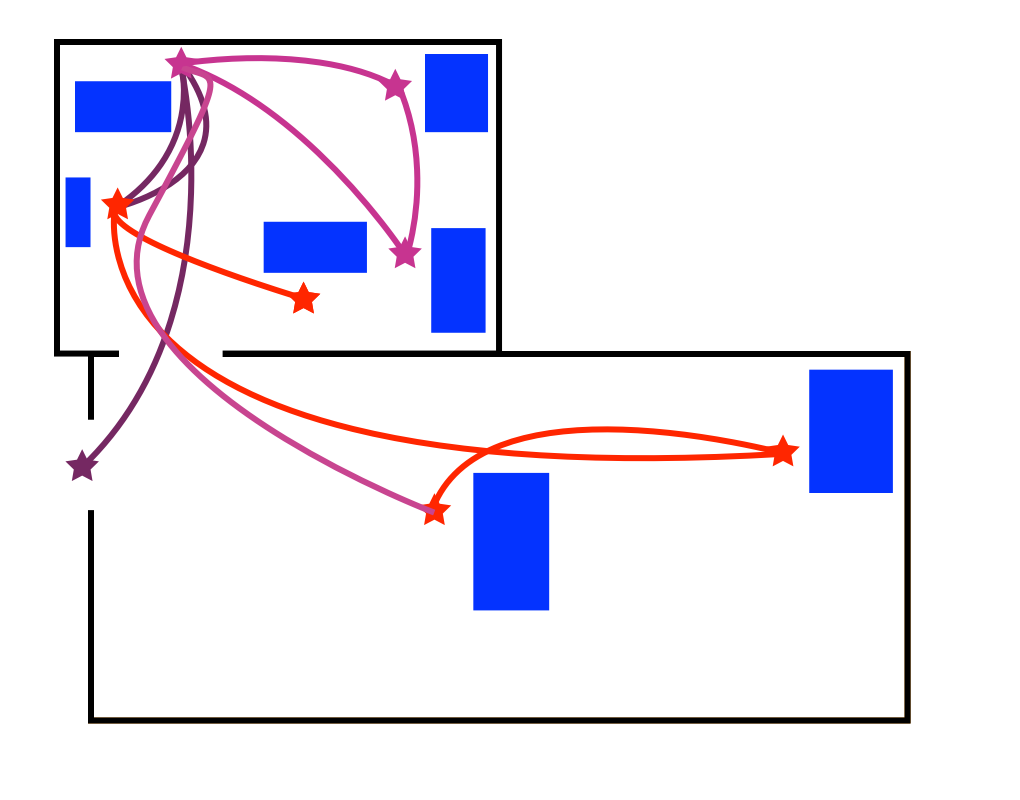 This is a totally normal amount of travel for a non-VR adventure game. But in VR, every one of those segments is a moment of clear unpleasantness. Unlike a pure walking game, you’re not just meandering around a space to take in the scenery. You’re constantly moving your head to look for important details, and running to check out all the parts of the lab that turn out to be ignorable — there are a lot of empty cupboards in this game. The Assembly includes an alternate teleportation system for moving around, but weirdly, the system still has you use an analog stick to move small distances and find the right angle to access a computer or pick up an object. It actually made me even sicker.

The thing is, you could condense most of this gameplay into a single location — maybe even a single desk. We’re used to the idea that game levels are supposed to be big and realistic, and having players walk around lets designers introduce more world-building details. But the same thing could be done with smaller, denser spaces, which players could snap between instead of choosing their own path. If the game was adapted to room-scale Vive or Oculus Touch, these spaces could be the same size as players’ physical rooms, where you could physically handle anything within reach.

Right now, The Assembly has the benefit of working well (arguably better) outside VR, so making a radical change would narrow its accessibility. And everyone has different motion sickness thresholds, so many people will probably be fine with the present setup. But if people start buying headsets, they’ll want games that live up to the promise of actually feeling made for VR. For now, I think I’m going to go lie down.

More from this stream Letters from VR: a field guide to our favorite virtual reality