Lightsaber battles are as fun and fantastic in real life

It turns out, lightsaber battles are real — and really entertaining.

Last night, well over a hundred people gathered in San Diego's Balboa Park, a short drive from Comic-Con, for an epic lightsaber battle on a scale not seen since the fight in Attack of the Clones.

The event was hosted by the Underground Lightsaber Fighters, a group that started up in January and has been hosting monthly lightsaber tournaments ever since.

The group's founder, Nick Murico, says he started the event figuring he "could probably make a dozen new friends." But after creating the original Facebook group, he says, more than 100 responses came in overnight. 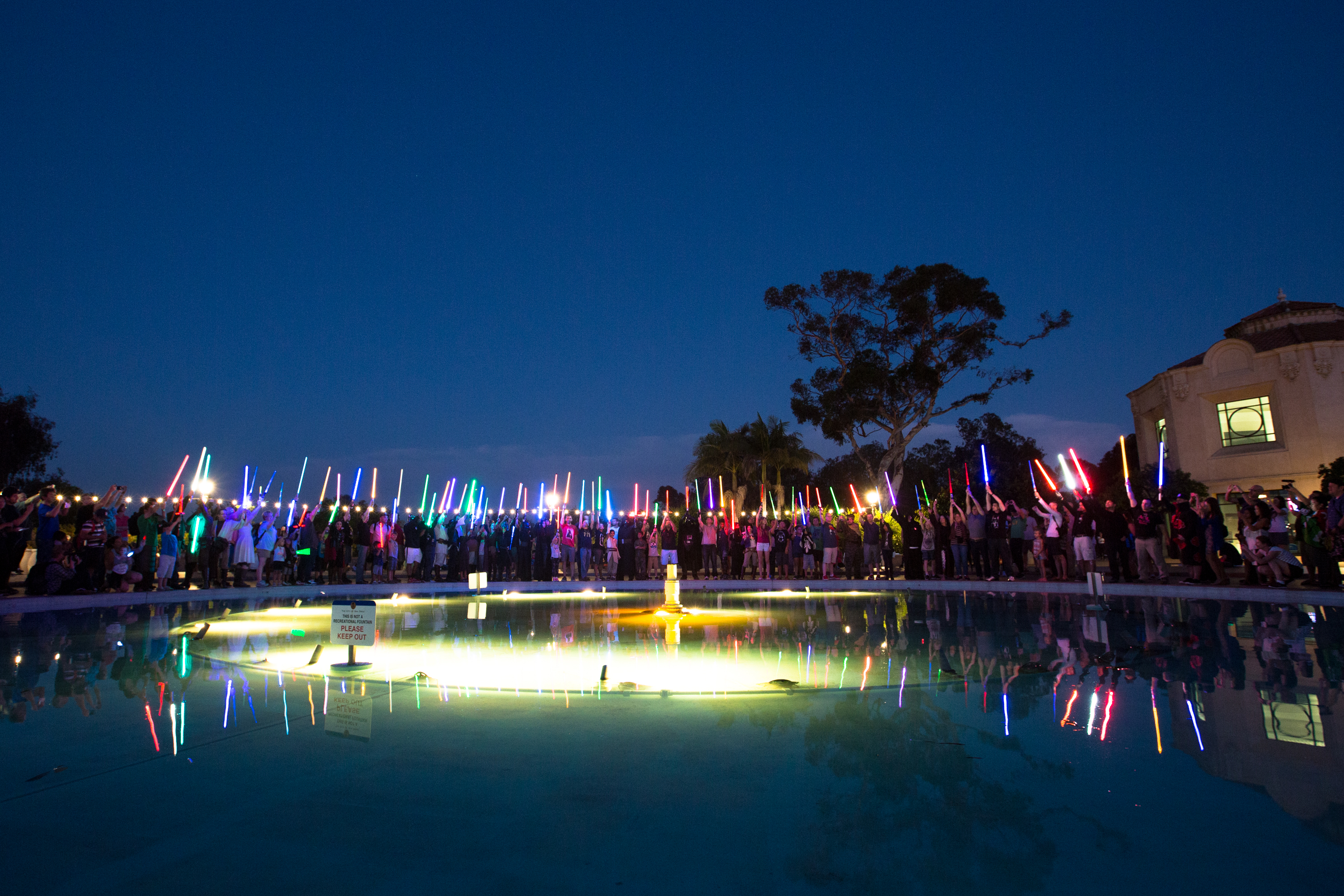 There are more or less two parts to Murico's lightsaber group: there are all the kids who show up and swing around telescoping lightsabers — the basic, all-plastic sabers you'd get from a toy store — and then there are the adults who come armed with custom sabers. Their weapons are more expensive: they start around $100 and can go much higher, depending on what kind of special features they want (often: sound effects and light flashes each time the blade is hit).

While both groups are pretty entertaining to watch, it's the adult battles that make you feel like you're seeing Star Wars come alive. Murico's events always start around dusk, so by the time the battles begin, it's dark enough that it really looks like people are holding glowing beams of light. 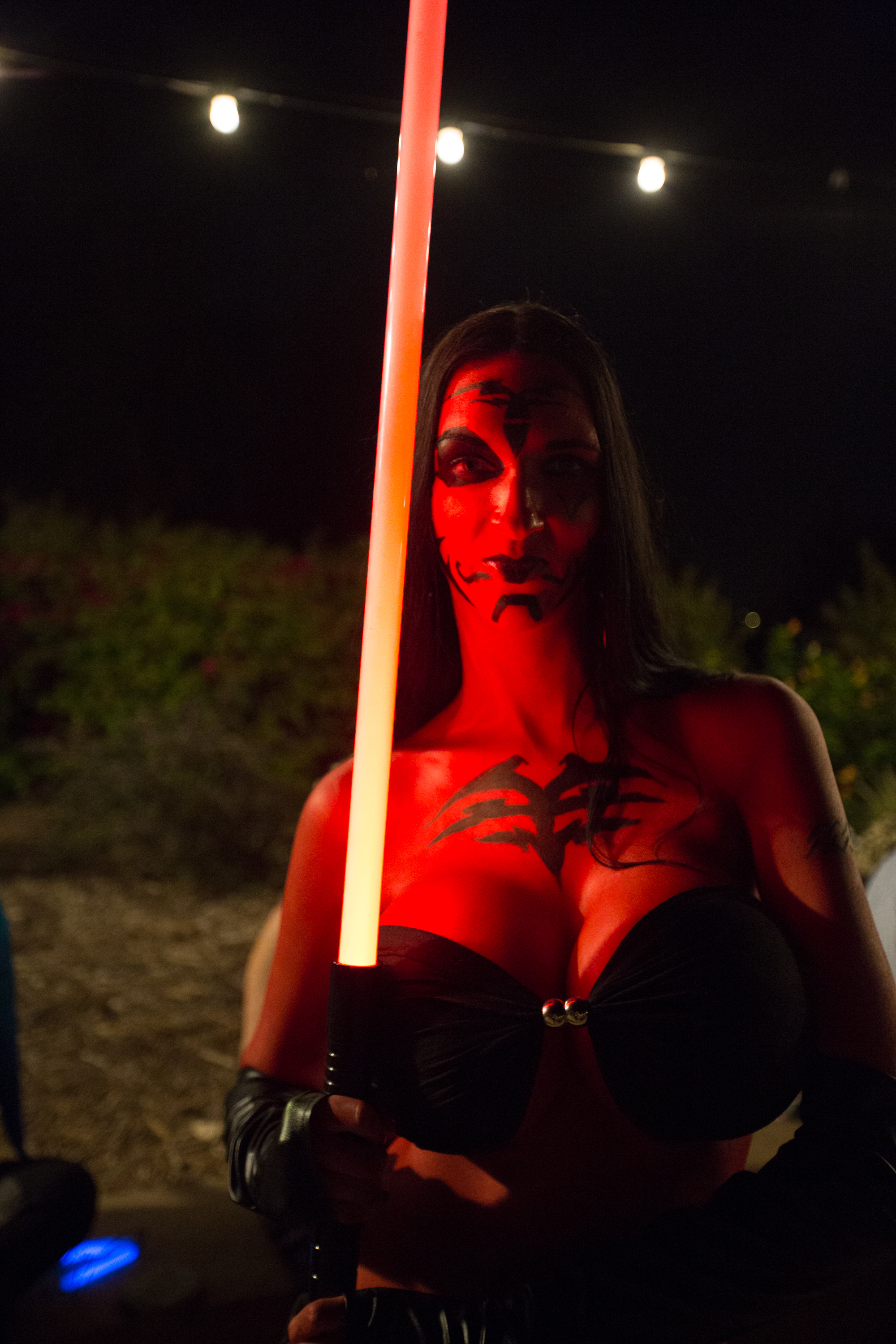 "I think there's a certain age where you lose the fantasy, which is unfortunate," Murico says. "But even people my age, almost 30, when you boot up and it's dark, you get it back a little bit."

The rules of a lightsaber battle are simple: strike your opponent anywhere but the blade, and you get a point. Whoever gets the most points in a set — usually of three or five — wins.

"Nobody's really that good because it's so different, and it's a toy, and it's fun."

"A lot of people contest that, because they think, 'Oh, well a headshot would be worse than an arm shot,'" says Murico. "But if you've seen Star Wars, nine out of 10 lightsaber fights end with someone losing a hand, so we try to keep that theory going." (On cue, a Star Wars fan jumps in to say, "Actually, it's only like two out of... whatever.")

Fighters are allowed to use whatever type of saber they like, including the double-sided sabers wielded by Darth Maul or Kylo Ren's cross guard-style weapon. Cosplay is also welcome, although organizers said that most regular participants don't dress up, since that makes it harder to fight.

The serious fighters are even wearing protection — face masks, as well as knee and elbow guards — since a good hit from a lightsaber can really hurt, even if you're not going to lose your hand. One guy took a hit to the face last night and ended up with a bloody nose. 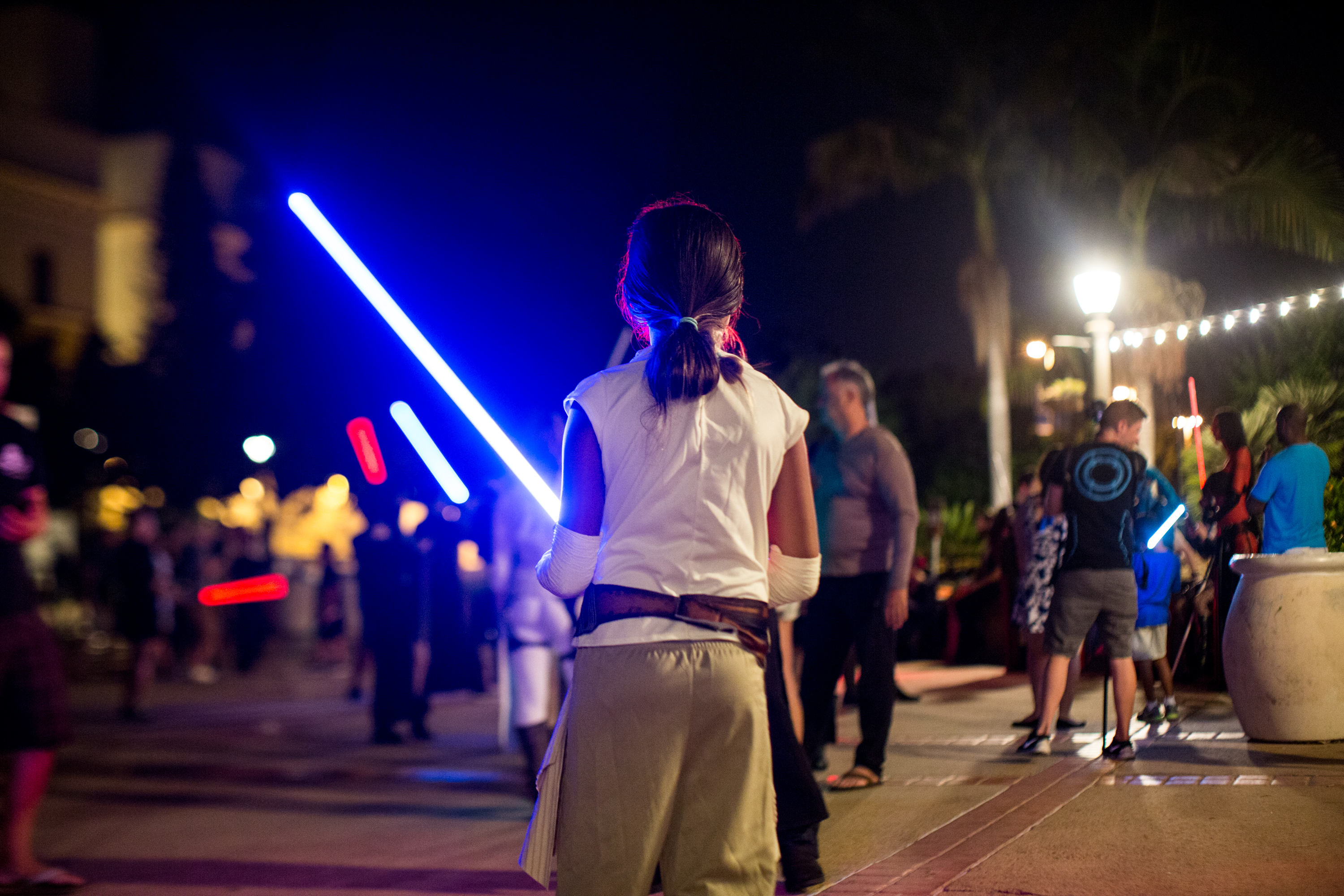 "I might have hurt the guy I was fighting with," Jenn Fauskin, one of the event's organizers, said after winning a match with an unprotected opponent. The battle ended with Fauskin knocking him off balance and onto the ground. "I also hit him in the groin once," she said. "I don't think he was ready for that."

People with martial arts experience seem to have some advantage in the battles. But Murico said that even people who have trained in Kendo and Eskrima — both of which have inspired Star Wars' combat styles — only have a limited advantage.

"I don't care who you are," Murico said. "How many lightsaber classes have you taken? ... I'm a six-month veteran and that makes me a master. Nobody's really that good because it's so different, and it's a toy, and it's fun. It's not what anyone is used to."

Anyone is supposed to be able to jump in and have fun, although most of the adult participants were men. Fauskin said that some women do show up each month, but it's a smaller number. "Last time there was a girl who almost won the tournament," she said.

The gender divide appeared to be absent when it came to the kids. More young girls seemed to be dressed and fighting as Rey than young boys dressed as anyone else. So maybe down the road, under the reasonable assumption that Star Wars stays every bit as popular, the demographics will change. Murico has even helped a local fencing school start up a lightsaber class and camp for kids.

"People love Star Wars, and on top of loving Star Wars, people love a community that they can go to where they're accepted," Murico said. To participate in Underground Lightsaber Fighters, "You don't have to be in amazing psychical shape," he said. "You just gotta be wiling to give and take a single hit."

Catch up with all of the San Diego Comic-Con news right here!