Focal's Utopia headphones live up to their $3,999 price

And the $999 Elear aren’t too bad either

How much would you pay for really good audio? Before you answer that question, consider that humanity as a whole spends more than $11 billion per year on headphones, $1 billion of which is spent on premium ($100+) cans in the US. So we clearly have a collective appetite for better sound, and it’s only going to grow bigger as human civilization becomes more urbanized and the privacy of headphones is prioritized over the sociability of speakers.

Focal is a French loudspeaker manufacturer that is well attuned to the developing trends in personal audio, and is this summer introducing two blockbuster pairs of headphones: the $999 Elear and the otherworldly $3,999 Utopia. The company’s betting on people finding themselves dissatisfied with the Beats by Dre class of supposedly premium headphones and looking up in price range to discover what truly premium cans are about. Having auditioned both of its new models over the past month, I would say that Focal’s aspirations are amply justified, and your money would be well spent with either of its new pairs of headphones.

I didn’t start off expecting this would be my conclusion. 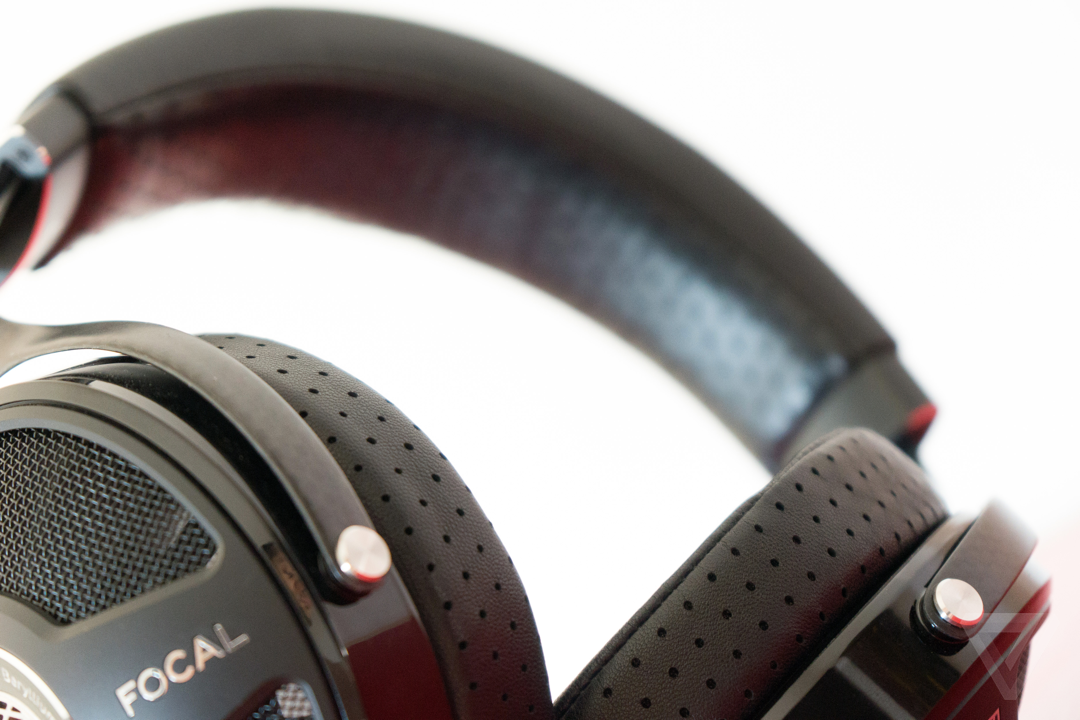 These two open-back headphone models are Focal’s first venture into the high-end headphone market, so it’s logical to expect the company would have some teething troubles, but there are none. The star of the show, the lofty Utopia, is basically a Sennheiser HD 800 S with a more satisfying low end and, somehow, even more detail and resolution. It’s more than twice Sennheiser’s asking price of $1,700, but it’s also built out of legitimately exclusive materials like carbon fiber and beryllium. And, most importantly, those fancy bits contribute to making the headphone lighter and producing a sound characterized by spectacular precision and fidelity. The lesser Focal Elear compete against the likes of the $699 Audeze EL-8, but again assert their value through sheer performance and quality.

The first thing that stood out to me with both sets of Focals is that someone actually wore these headphones, and someone actually listened to them. Neither the Elear nor the Utopia are particularly light, but they’ve been structured to perfectly distribute their weight across the listener’s head, avoiding pain points or discomfort over long listening sessions. The Utopia, benefiting from a carbon fiber yoke and more luxurious lambskin leather ear pads, gives more room around the ear and feels the more comfortable of the two. The microfiber-covered Elear pads use the same memory foam, but they can’t match the feathery softness of the more expensive pair’s perforated leather. Both of these headphones, though, are exceptionally comfortable, putting to shame many of their designed-by-numbers rivals. I didn’t have many complaints about the comfort of the HD 800 S, but the Focal Utopia is definitely ahead in this department and I’d even go so far as to say I prefer the Elear, too.

Sound balance on both Focal pairs is basically beyond reproach. Bass is full, rich, and precise: it’s a winner on both quantity and quality. Mids are as present as they need to be, never overwhelming or being overwhelmed, and the treble is crystalline in its definition. The major differences between these two pairs come down to their resolution, imaging, and soundstage.

By resolution, I’m not referring to the marketing buzzword of high-res audio, but rather the intricacy of detail that you can hear. With the Utopia, everything is in such fantastically precise focus, so crisply delivered that you will — as clichéd as the saying is — hear whole new depth and layers to your favorite songs and appreciate the original mix that, frankly, you might have never previously heard. At The Drive-In’s "Arcarsenal" is a good example: there are subtle cascading echoes of the vocals that propagate to the sides, as if dissipating out into the distance. I only detected this detail on the Utopia, and I wasn’t even trying to listen critically. Also, I had no idea how prominent and persistent the tambourine was in the entire Relationship of Command album. The simplest way to define the Utopia difference is that every sound is given its own space and definition. It’s like there are a million little speaker drivers to account for all the various instruments in a composition so that you hear each and every one of them distinctly.

In terms of soundstage, the Utopia feels like a full 360-degree sphere around my head, spacing out sound both in front and behind as well as to the sides. The Elear feels almost artificially wide on the sides, though in both cases it’s a satisfyingly expansive presentation of the music that makes most closed-back headphones feel claustrophobic by comparison. Mind you, there are occasions where you might prefer the greater intimacy of more condensed, in-your-face cans; electronic dance music tends to benefit from having its notes stuck together in a sweaty, cramped wall of noise that can hit more forcefully than an open, analytical sound. That was one of the few downsides of the HD 800 S for me: the fact that it was a little too well behaved for the grimiest stuff (e.g., Skepta’s Konnichiwa) in my music collection. But the Utopia holds up much better in this department, thanks in large part to its less polite and more prominent low end. The Elear is even warmer than the Utopia, so I really doubt anyone would be in a rush to accuse these of being the stereotypical "boring" audiophile cans. 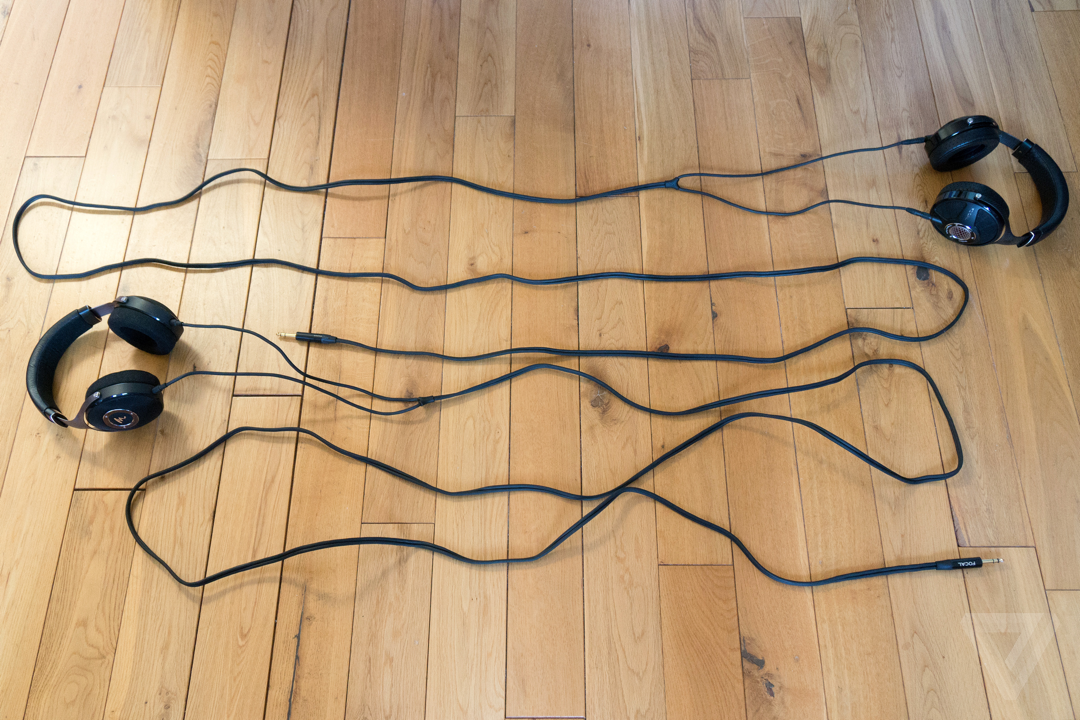 I could go on talking about how true to life the Utopia sound, how I can almost sense the texture of a drum head or the metallic edge of cymbals, but these headphones are not magical, and they do have downsides. So let’s talk about the annoyances. First and most hilarious is the length (and weight) of the included cable. Both the Utopia and Elear come with a 13-foot cable that is the very definition of overengineering. It’s like a one-pound pet python that comes with your pretty new headphones. The Elear actually has the advantage over the Utopia in this case, as it uses standard 3.5mm connectors at each cup, which allowed me to swap in my Beyerdynamic T5p.2’s five-foot cable and enjoy a saner connector setup. The Utopia’s got a fancier, less common connection at the cups, so you’re kind of stuck with the overkill cable and its 6.35mm jack for your audio source.

The cables are hilariously overengineered

Speaking of sources, you’ll want to have something beefier than just a phone or laptop sound card to power either of these headphones. Both are rated at 80 Ohms, meaning they need a bit more power to reach their full potential than the typical 32-Ohm pair. Still, don’t let the numbers fool you into expecting they require 2.5 times the power. I’m able to drive both the Elear and Utopia to super loud levels with any of the following DACs: Apogee Groove, Apogee One, DragonFly Red, Chord Mojo, DacMagic XS, and Oppo HA-2. You can use your phone as a source, but it becomes a tiny bit ridiculous as you’ll need one adapter to link your phone to your DAC, then another adapter to shrink the Focal cans’ big jack to the regular 3.5mm size. 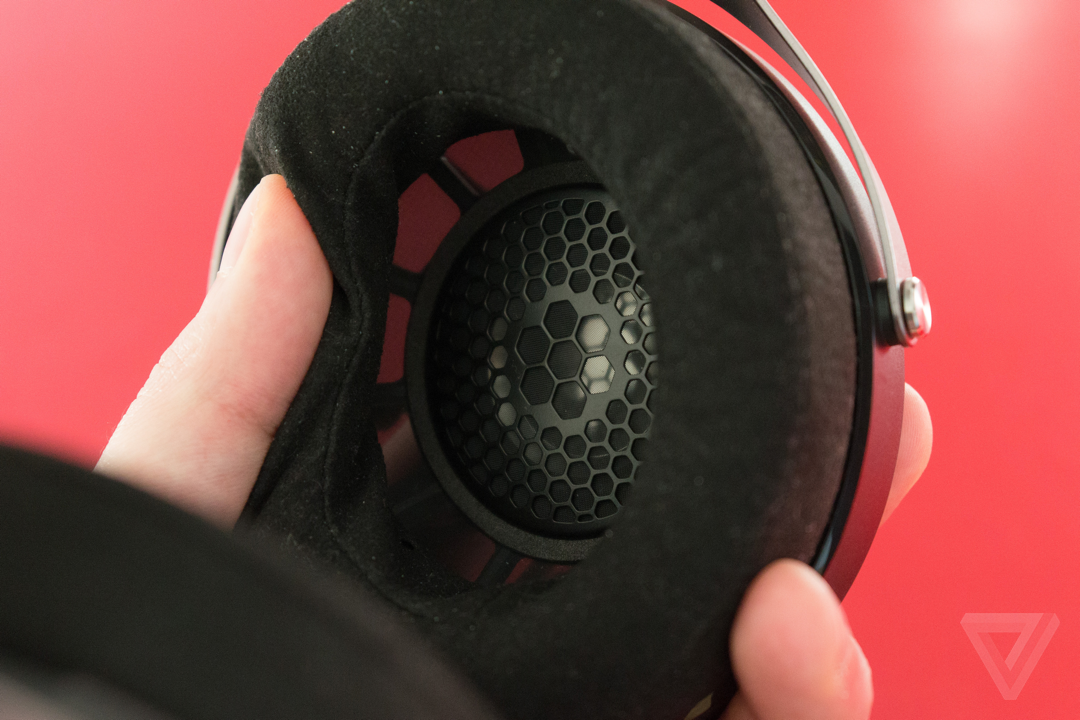 On the design side of things, you have to be aware that these are the quintessential open-back headphones. The outer enclosure of other headphones is replaced by metal meshes on both Focal models, with the design’s deliberate intent being to let sound escape in all directions. This eliminates pressure buildup inside the cup (because there is no cup!), which can be detrimental to the quality of the sound. It also makes listening to either of these headphones a whole-room affair — you won’t be able to sneak in a sly piano concerto without alerting your flatmates to the fact you like classical music.

I keep coming back to the Utopia again and again; they're addictively good

If there’s anything negative to be said about the Utopia or Elear’s sound reproduction, it’s the classic problem of really good audio equipment exposing really bad recordings. You’ll quickly start to hate low-quality streaming services and look for something of higher fidelity. That being said, I’m not pushing you into the snake-oil world of high-res audio and crazy formats: all of my listening and adoration of these headphones took place with 320kbps MP3s. I tried a few FLAC files, I even listened on a Pono Player and an Astell & Kern player, and whatever difference there might be, I didn’t notice it. The Utopia and Elear sound just as good with well-recorded compressed files as they do with the super-duper lossless varieties. 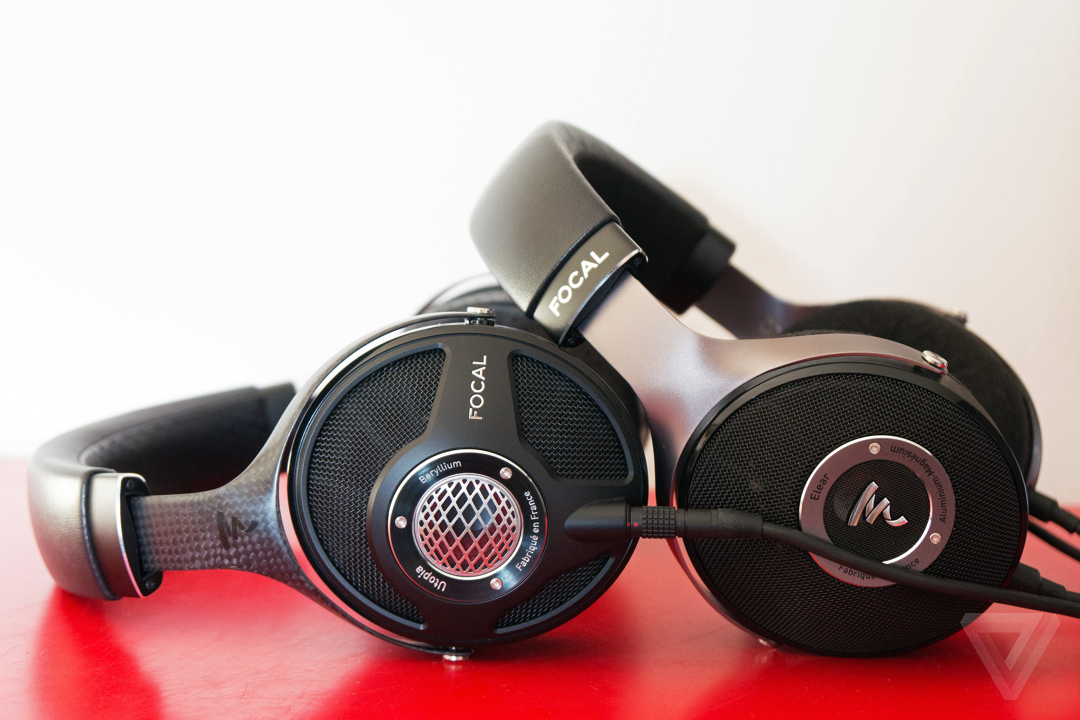 The question I opened with is the question I have to answer for myself: how much would you pay for really good audio? I’d say the Focal Elear are precisely my upper limit: $999. I just wouldn’t feel comfortable using anything more expensive for such an everyday task as playing back music. But the biggest downside for the Elear, crazy as it may sound, is that they’re not the Utopia. I actually received the cheaper set first and grew to really like it, and was ready to dismiss the much more expensive sibling as just carbon fiber-clad overkill, but the experience taught me otherwise. I keep coming back to the Utopia again and again — even with its frightfully impractical cable. The day I have to return these headphones will be happy, for I’ll no longer have to guard them with my life, but also super sad because I’ll be letting go of a truly unique way of experiencing my music.

The Focal Utopia and Focal Elear are available to preorder now.