If you thought Aston Martin was a manufacturer of exclusive cars, wait until you get an eyeful of its latest.

I have just emerged from the cavernous Aston Martin factory where a throng of company employees got their own first look at the British marque's extraordinary new car, codenamed the Nebula and now known as the AM-RB 001. It's a measure of the secrecy surrounding this hypercar that most of the people slated to work on producing it didn't even know what it will look like. Today, the AM-RB 001 — a second codename filling the void until a final official name is announced — got its grand unveiling and served to signal the direction of Aston Martin's future design as well as a clear and direct challenge to the very best Ferrari, Bugatti, and McLaren have to offer.

So what makes it a hypercar? Maybe the better question to ask is, who makes it a hypercar. Red Bull Racing's Adrian Newey, legendary Formula 1 engineer and designer, has turned his hand to roadgoing cars with the 001, and the result is a quite unique new creation. The design goal was to "keep it pure and simple and light, a tighter package" than the competition. In numerical terms, that means a target weight of 1,000kg and a power-to-weight ratio that would match this with 1,000hp. Visually, it makes for an arresting sight, as the side skirts present on other hypercars disappear into nothing on the 001, which looks very much like a Formula 1 car from the underside. 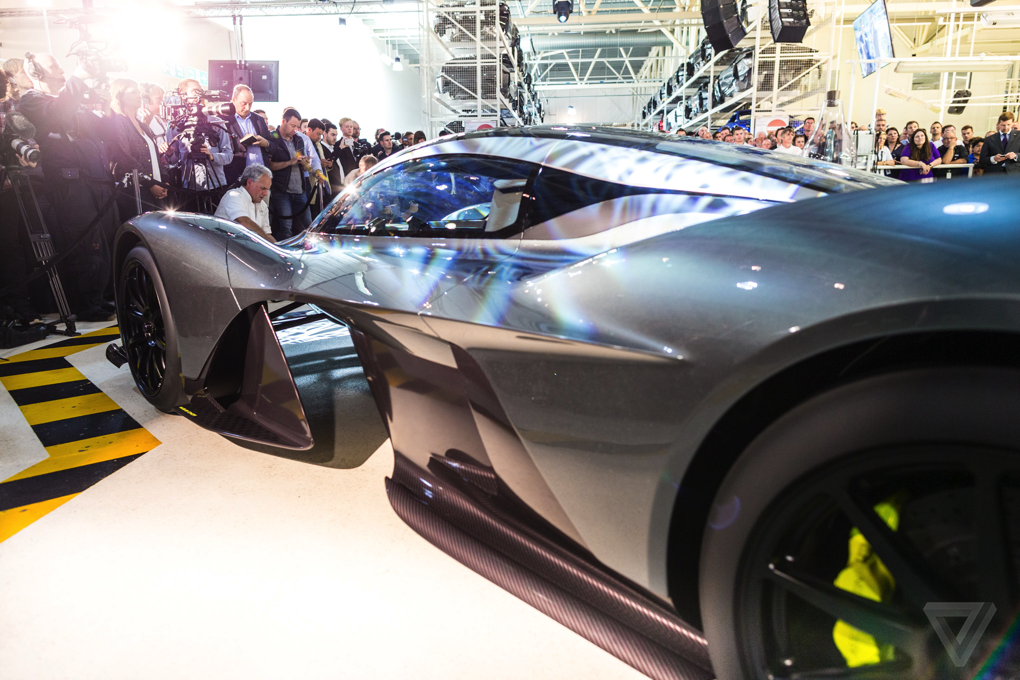 Aston Martin CEO Andy Palmer admits that his company's new hypercar can be interpreted as essentially a covered-up F1 racer, but he insists that "fundamentally, it's a very, very quick road car." There'll be air conditioning, an infotainment system, and two seats inside — with enough room to fit Aston's chief designer Marek Reichman, who is 6 feet 4 inches tall, with a helmet on and Palmer sitting in the passenger seat. That's achieved at a height of just 39.5 inches, which is lower than even the Ford GT40.

It's the combination of a supremely streamlined and lightweight design with a powerful V12 engine that will make Aston Martin's upcoming car special. It's naturally aspirated, no turbos or hybrid power here, but Newey says the magic will be in the efficiency they can obtain from a considered design in which "the first thing is the layout." Every little detail has been optimized, right down to weighing and minimizing the amount of epoxy used to assemble the car. Water pipes are kept to minimal length and the single exhaust is mounted high at the rear.

Weight is further reduced by replacing the door handles with touch activation of the gullwing doors. Wing mirrors would obviously be too normal for the 001, so Aston Martin's using rear-facing cameras instead, which are neatly disguised into the prominent front wheel arches. The whole thing is, of course, made out of carbon fiber, which can be painted in whatever color the hyper-wealthy customer desires. 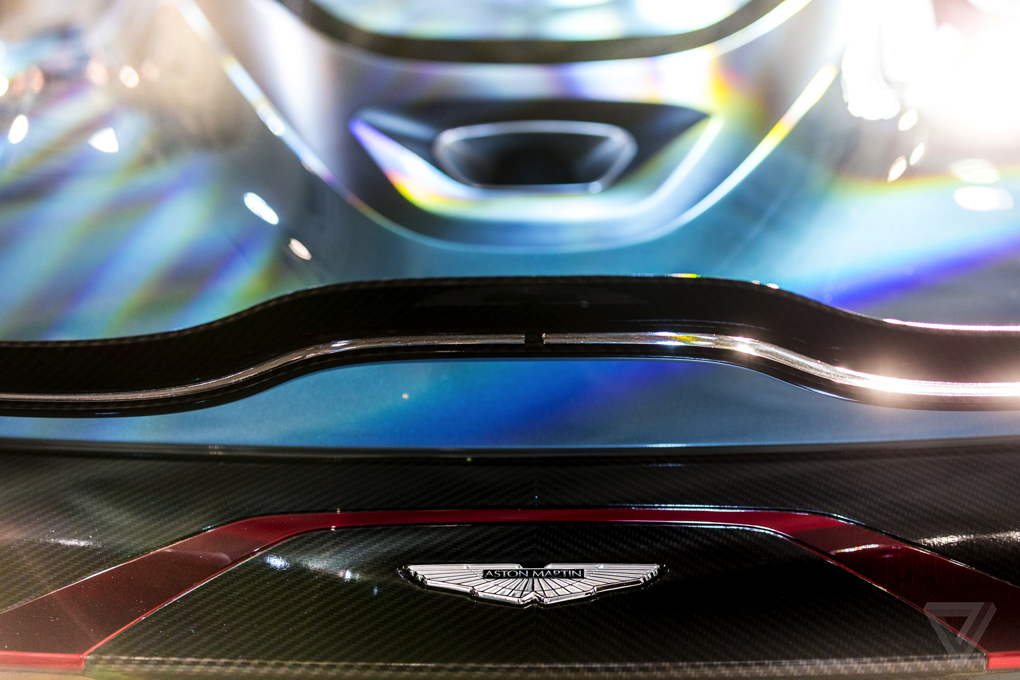 Aston Martin says that the car unveiled today is essentially the final production vehicle design, barring minor nips, tucks, and adjustments to meet homologation requirements. If the headlights look weird, that's because they're covered up to protect Aston Martin's unique LED cluster. We also weren't allowed to photograph the bottom of the car too closely because Aston is keen to protect the particular details of its aerodynamic design.

The 001 leaves me feeling a little conflicted. I believe hybrid and electric supercars are the future we should all be moving toward, which is a trend that Aston Martin is boldly shrugging off by sticking to a classic internal combustion engine. But at the same time, this new hypercar isn't like the Bugatti Chiron, which throws everything short of a jet engine into the task of going as fast as possible on four wheels. Aston Martin's approach is to lighten the load, to make the car easier to move around rather than overwhelmingly powerful. I admire that preference for efficiency and I think it results in a prettier, more refined design.

Production of the AM-RB 001 is planned to be limited to 99 road cars, with a small additional batch of a track-oriented version. At most, including testing prototypes, there will never be more than 150 of this car manufactured. So exclusivity is guaranteed even before you hear the price. How much does all this advanced design and technology cost then? Somewhere between £2 million and £3 million ($2.65m to $4m), depending on the options selected, which include a training course to educate drivers who are new to this class of automobile. The first prototype AM-RB 001s will begin testing in late 2017 and the first deliveries to customers will follow in early 2019.