Captain America is returning to Brooklyn as a giant bronze statue

Captain America is returning to Brooklyn as a giant bronze statue

Captain America has defeated Nazis, invading aliens, and even conspirators within our own government. Now, in recognition for all his good deeds and in honor of his 75th birthday, Cap is getting his own bronze statue. And where better than his hometown of Brooklyn?

Marvel and its parent company Disney will unveil the 13-foot statue at Comic-Con in San Diego later this month, according to USA Today. It will then embark on a cross-country tour before ending in Prospect Park, where it will be dedicated on August 10th. 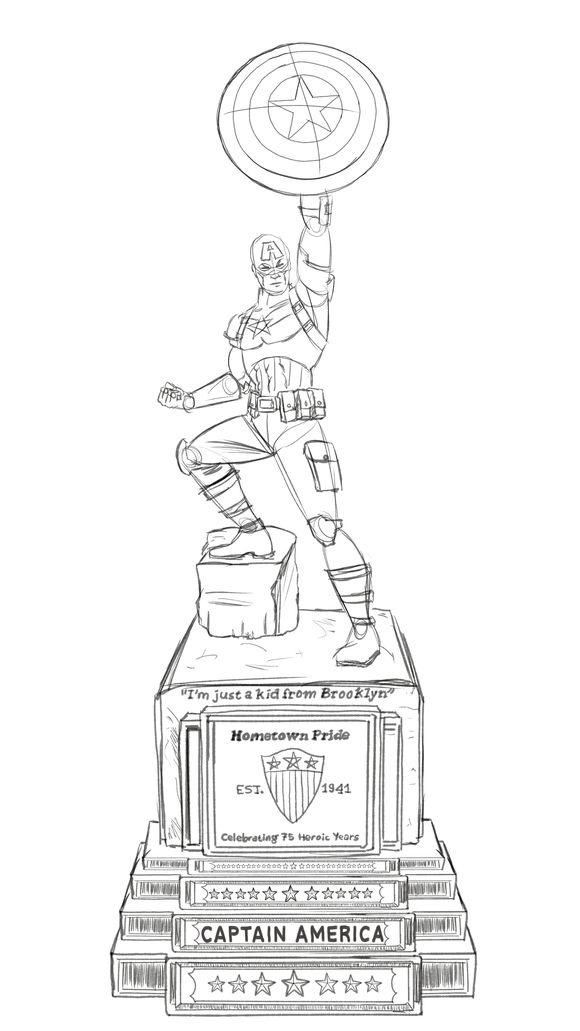 In the comics, as well as the silver screen, Captain America is fond of reminding his friends and foes of his humble origins. In 2011’s Captain America: The First Avenger, the Red Skull taunts the hero by asking him what makes him "so special." Cap’s nonchalant reply? "Nothing. I’m just a kid from Brooklyn."

"I’m just a kid from Brooklyn"

According to USA Today, those exact words will be emblazoned on the statue’s pedestal, immortalizing words spoken by actor Chris Evans, rather than a quote by the comic book version of Captain America. It’s a subtle acknowledgement that for many, the movie version of Cap is the definitive representation. (Maybe that’s for the best, given the recent controversial twist in Cap’s comic book timeline, where it was revealed that the hero is actually a sleeper agent for villainous, Nazi-affiliated Hydra.)

Fans can keep track of the Captain America statue’s progress across the nation via Marvel’s social media channels, like Facebook and Instagram. Also, Comicave Studios, which helped design the 1-ton statue, will be making a limited run of 750 12-inch bronze replicas, as well as 100 made-to-order 35-inch pewter ones, for fans to purchase.