For all of its promises to help and enrich our lives, wearable tech is often very needy. Smartwatches constantly ping us asking for our attention; fitness trackers want us to get up and move around; and everything needs to be charged all the time. It’s no surprise many fitness trackers end up in a drawer after just a few months, destined to track the non-activity of whatever other trinkets are there with them.

In response to these criticisms, a few companies have released wearable devices that require almost nothing from you: they offer basic activity tracking features, last for months on small cell batteries, and don’t have apps, voice control, or sometimes, even a display. All you have to do is wear the wearable.

Misfit, which is now owned by Fossil Group, has produced a number of these devices over the past couple of years. I’ve been wearing one of the company’s latest products, the Ray, for the past few months. The Ray won our hearts at CES earlier this year for being a piece of wearable technology that actually looked good and wouldn't be confused for a computer strapped to your wrist. Its minimalist, cylindrical design is definitely more fashion forward than the average Fitbit or smartwatch, and it’s the kind of product that can be easily worn by men or women, day or night. 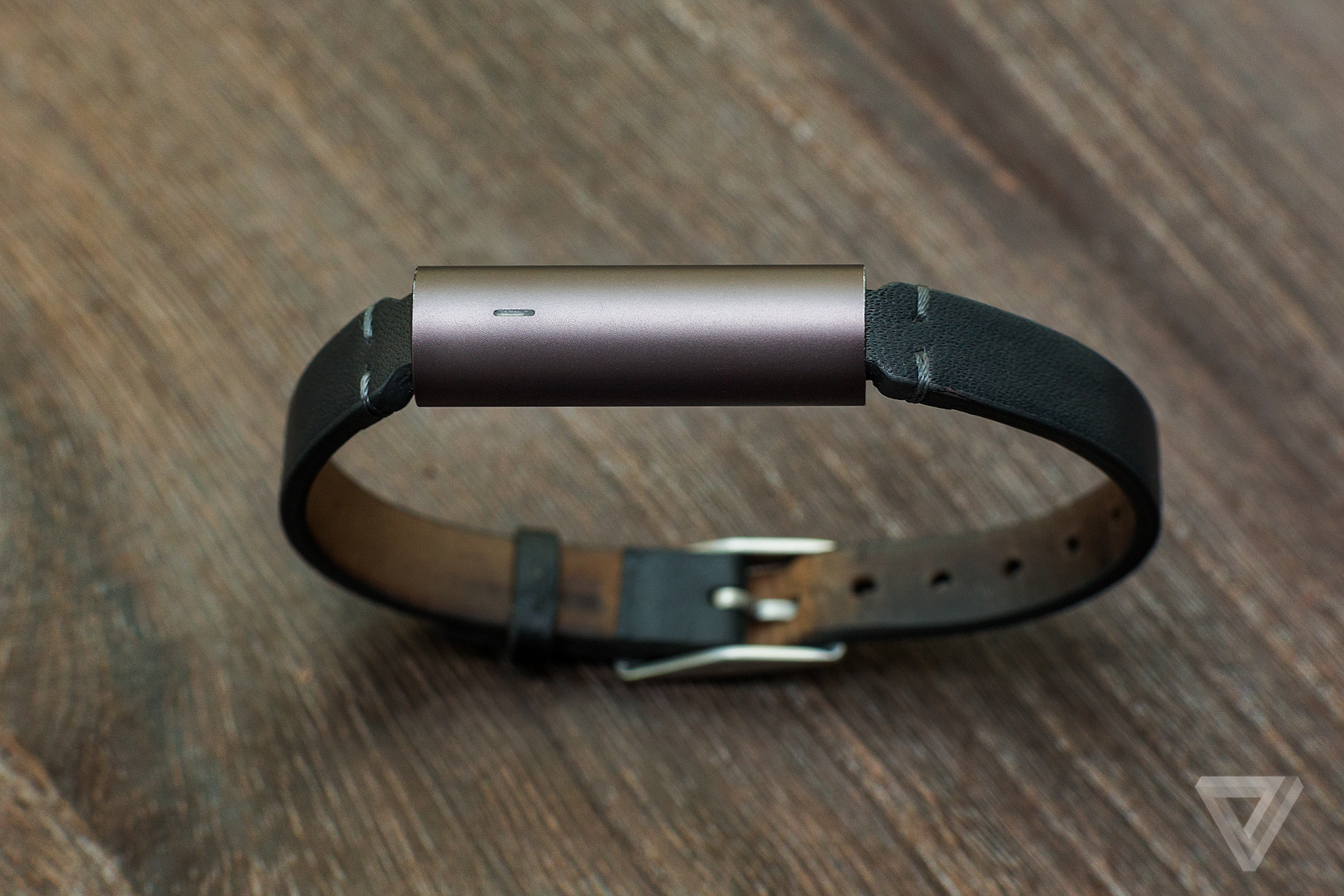 But the $99.99 (or $119.99 with the leather strap, as I’ve been wearing it) Ray isn’t just for decoration. Like any other fitness tracker, it counts my steps and estimates my caloric burn. It also tracks my sleep patterns and syncs all of this data back to an app on my smartphone. The Ray can buzz me when I’ve been sitting still for too long or when I have an incoming call or message. But its design clearly telegraphs that it’s not supposed to be a replacement for my phone, or even an extension of my phone: the basic, two-inch long cylinder doesn’t have a display of any sort, just a single multicolor LED light.

The Ray isn't a hardcore fitness tracker, nor is it a smartwatch wannabe

Still, the Ray isn’t a hardcore fitness tracker either. It doesn’t have GPS, doesn’t measure my heart rate, doesn’t support workout routines, doesn’t coach me past the wall on a run, and, again, doesn’t even have a display to show me my progress. Tapping the Ray twice will make the LED light flash to indicate how far along I am to my activity goal, but the obtuse sequence of blinking colors isn’t particularly informative and I often forgot which lights corresponded to which level of completion. (To spell it out: a single red blink means less than 25 percent of my goal was met, red then orange is 25 to 50 percent, red then orange then yellow is 50 percent to 75 percent, red then orange then yellow then white is 75 percent or higher, and a rapid sequence of the entire rainbow means 100 percent of my goal is complete.)

As a result, I often had to open the Misfit app on my phone and wait for the Ray to sync its data to check my progress. Syncing, unfortunately, doesn’t happen in the background, so I’d open the app and wait 30 seconds before I could see how many steps I’d taken so far. A simple four bar LED, as found on some Fitbit models, would be a more useful indicator than the Ray’s single multicolor light.

The app does let me export my data to other sources easily — on my Android phone, I had it syncing with Google Fit — so if I do ever wear a more capable tracker, I can access my history of activity in RunKeeper, MapMyFitness, MyFitnessPal, and elsewhere.

The Ray’s simplicity might be both its best asset and its biggest fault. For the asking price, I expect a little more in terms of capabilities, but the Ray did work as advertised. 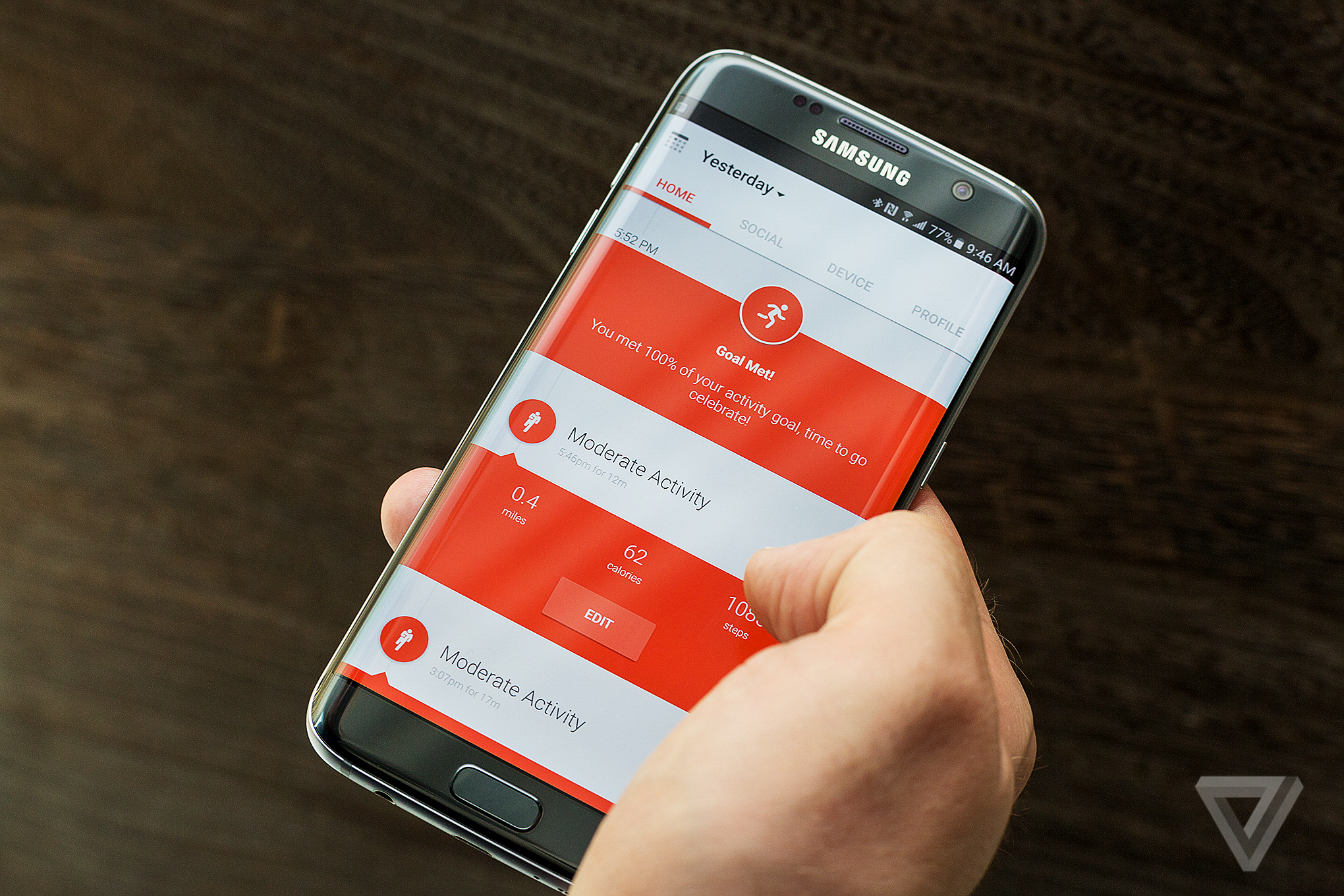 Aside from wanting to check my activity progress, I largely forgot about the Ray while wearing it. I’m not a gym rat and mostly just care about how many steps I took (or didn’t take) during the day, so a more powerful fitness tracker doesn’t provide me with more utility than the Ray. I didn’t turn on the message or call alerts because without a proper display, I don’t find them very useful. I set the Ray to buzz me every hour that I haven’t moved, but most of the time I just ignored those prompts and kept my butt in my chair.

Part of the reason I could ignore the Ray so easily is because of its small size and slim profile. I wore it on my non-dominant wrist (right, for me) alongside other bracelets and it never felt like I had too much on my wrist. I was even able to wear the Ray while sleeping, which is not something I’ve ever been able to do comfortably with another wearable device. The only times I took the Ray off my wrist was when I took a shower, since the leather strap isn’t conducive to water sports. The standard watch buckle on the strap makes it easy to take the Ray on and off, unlike other fitness trackers. Misfit says it will release more accessories for the Ray in the future, including necklaces and other styles of wrist straps. Currently, you can buy it grey or gold, with a rubber strap or the watch-like leather strap I’ve been wearing.

It's easy to forget you're wearing the Ray

I also never once had to charge the thing in the two and a half months it's been on my wrist. Misfit claims that the three button cell batteries in the Ray will last for up to six months, but the mobile app says they are still "full" in my unit, even though I’m coming up on halfway through their lifespan. 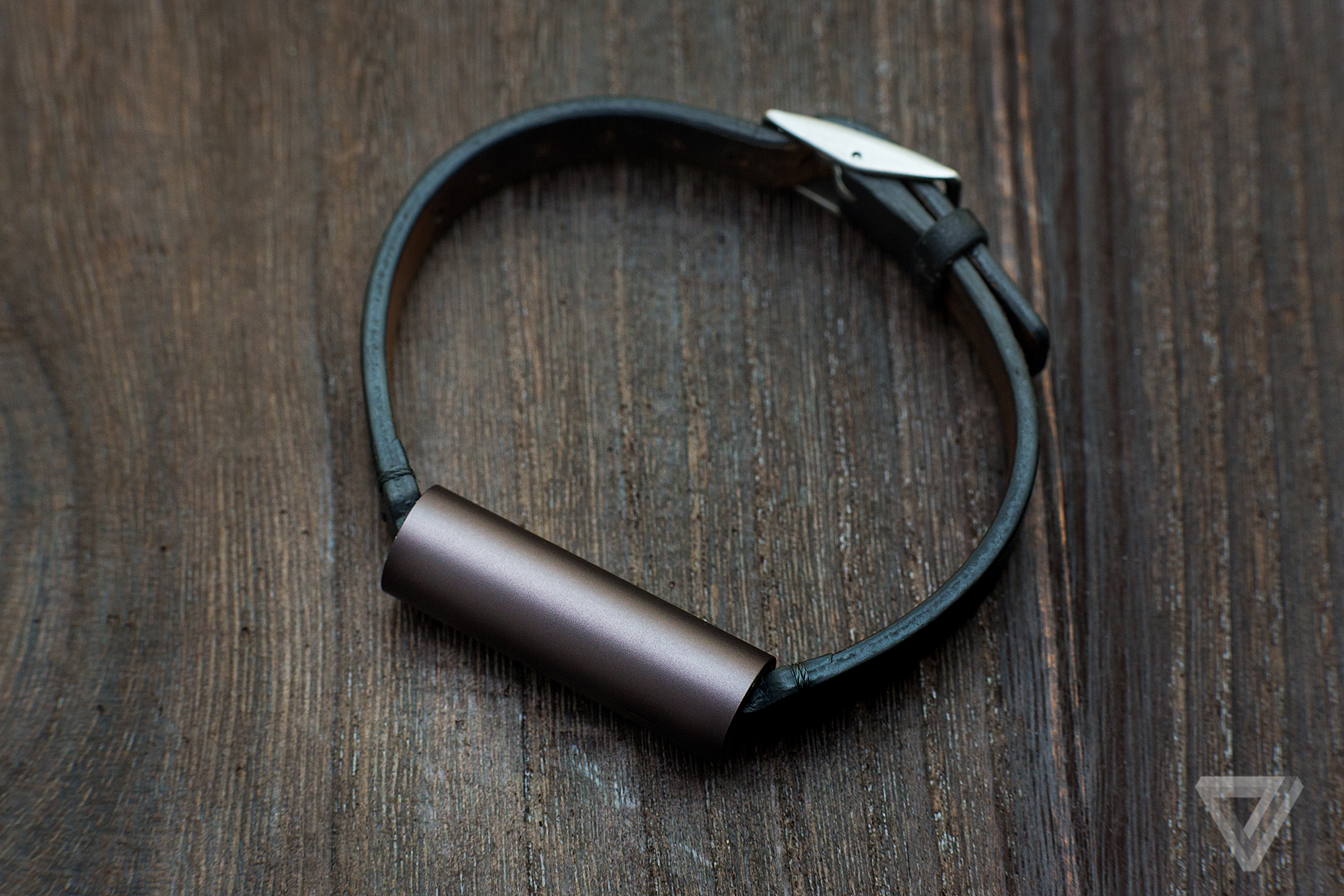 For $100 or more, it does feel like you’re paying a lot for the Ray’s design and looks and not getting much utility in return. Put it this way: there are some activity trackers, including other Misfits, that cost half as much and do pretty much the same thing. There are also some clear improvements that can be made with the design and feedback mechanism.

The Ray is the most casual and stylish fitness tracker

But if you want a fitness tracker that doesn’t look like a fitness tracker, doesn’t need to be charged, and doesn’t try to do a bunch of things you don’t care about, the Ray fits that bill. It’s arguably the best looking fitness tracking device I’ve worn. It’s also one of the few fitness trackers that’s easy to keep wearing all the time and not just toss in a drawer simply because it asks so little of its owner. That alone may be enough to keep it on my wrist, provided I remember it’s actually there.