If you find yourself traveling to the city-state of Singapore this year, you may be able to book a ride in a self-driven Audi using your phone. Singapore has jumped out as an early test ground for getting self-driving cars on public streets, and Delphi announced today that it will provide a fleet of self-driving cars to the Singapore Land Transport Authority along with the software for a mobility-on-demand program. It’s part of Singapore’s initiative to advance autonomous vehicle research, which was launched in 2014. NuTonomy, an offshoot of MIT, has also started testing a self-driving taxi program in Singapore’s business district this year.

Delphi will use three fixed routes for six self-driving Audi SQ5s, covering a total of about 8 kilometers (roughly 5 miles). At first, a driver will be in the car, acting as a lifeguard in case of an emergency. Over time, there will be no human driver; eventually, the plan is to take the steering wheel out of the car altogether. 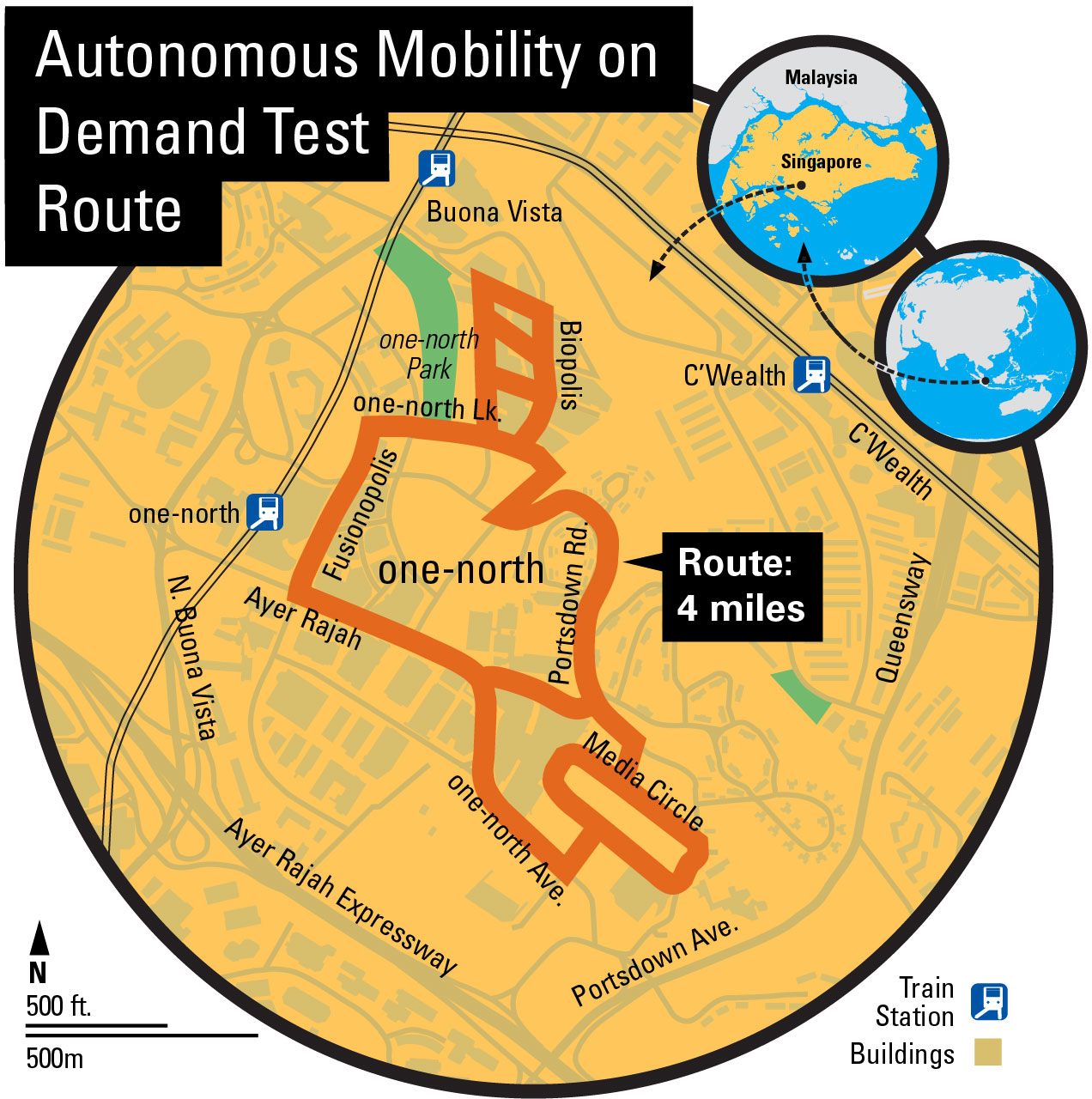 "It allows us to demonstrate that we have the complete ecosystem, knowledge and capability, the vehicle, the sensors, the automated software controlling connectivity to the cloud, the management of the fleet, the data and analytics on how the vehicle is performing," says Glen DeVos, vice president of engineering for Delphi.

Delphi already has an autonomous fleet in Silicon Valley and demonstrated a coast-to-coast autonomous drive of the US last year. It plans to roll out additional locations in North America and Europe to test on-demand mobility through similar pilot programs.

DeVos says that the program in Singapore will provide invaluable insight into how people use the vehicle. "For these systems to be successful, people have to be excited about using them. We don’t tend to talk about how consumer feels about it. You have to implement it in a way that consumer feels excited to use." Eventually, he imagines transactions could be taking place in the vehicle, like having it pick up dry cleaning or carry-out before picking you up from work. "It’s safer because you are not doing the driving and the cost per trip goes down," he says.

The Singapore test is scheduled to run for three years, with a full commercial deployment by 2022.