The Apple TV Remote app for iPhone is out now

The Apple TV Remote app for iPhone is out now

Apple has released the Apple TV’s companion iPhone remote app. It’s a full-fledged (albeit less convenient) replacement for the remote that came with every black Apple TV, or generations two, three, and four.

The app lets users control their Apple TV with touch gestures; use the iPhone’s keyboard to enter email addresses, passwords, or other text; play, pause, fast forward, or rewind currently playing videos or songs; and, for owners of the latest-generation Apple TV, ask Siri to find something to watch.

Unfortunately, you can’t use regular Siri to control your Apple TV — voice control can only be used by pressing and holding a microphone button within the app itself, just like on the remote. Another thing you can’t do is watch content from your Apple TV on the iPhone, but since basically every app with content on the Apple TV is also available in app-form on the iPhone, that shouldn’t be a big deal. 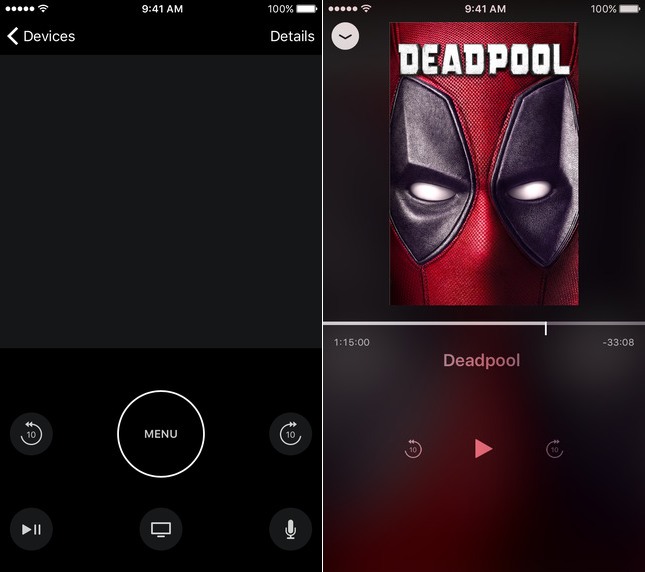 The Apple TV Remote app was teased last year, when Apple SVP Eddy Cue said the company was hoping to ship the app "in the first half" of 2016. Apple didn’t quite make that deadline, but it’s here now. Download it free from the App Store.