EVGA's SC17 is an admirable effort at a quixotic ideal

My favorite English word, and one of the first I ever learned, is “games.” Some of my happiest childhood memories are of chasing down .exe game files on DOS-powered Pravetz computers in my native Bulgaria during the ‘90s. The specifics will differ with each person, but I imagine most Verge readers my age and younger have grown up with video games as an essential and inextricable part of their life. And as those lives become more mobile, we naturally want to take those games with us, which is where portable consoles, smartphones, tablets, and gaming laptops all come into play. Today I want to talk about the latter of those, the laptop, and how it fares in its quest to make PC gaming mobile. 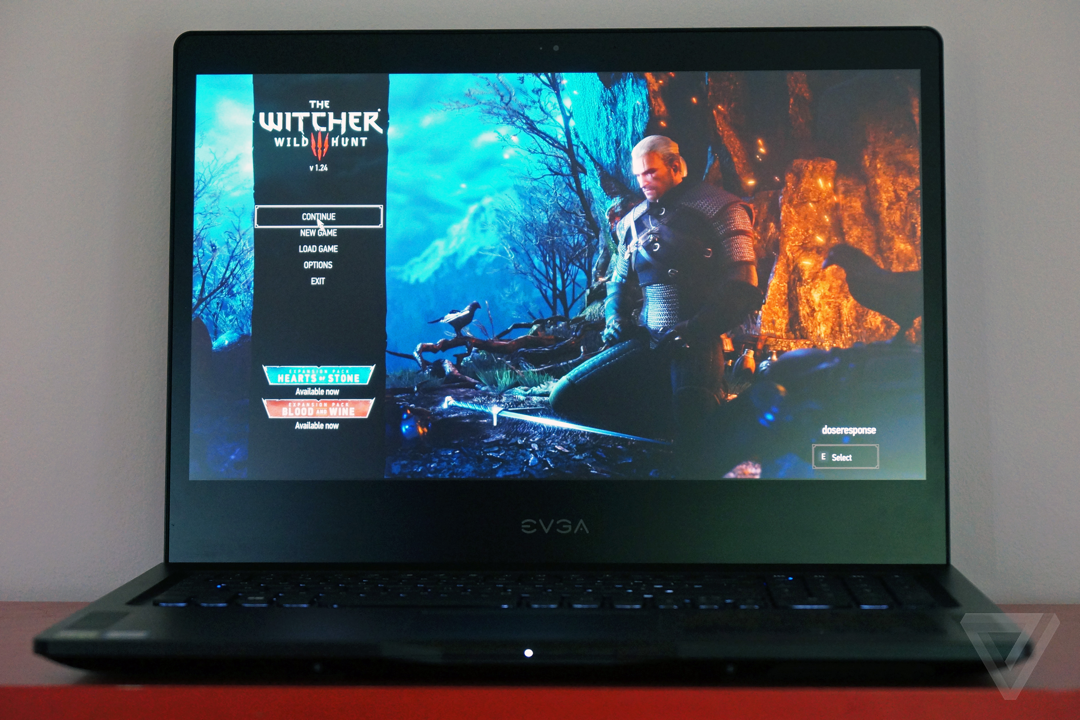 EVGA, a hardware company best known for a successful line of Nvidia graphics cards — and my favorite alien mouse — this year launched its first foray into designing and building whole computers with its mighty 17-inch SC17 laptop. Needless to say, it’s a gaming powerhouse, touting a 4K screen, a 2.7GHz Core i7-6820HK processor, 32GB of RAM, and a GTX 980M graphics card. I’ve put it through its paces with demanding games like The Witcher 3 and Battlefield 4 and it’s barely broken a sweat, and what’s more, EVGA has just introduced a version of this laptop with a GeForce GTX 1070 inside it (not a mobile version, the actual desktop card). So can you game on this thing? Hell yes. But then for $2,499, it had better be able to run Crysis like Usain Bolt handles sprints.

The interesting questions about the SC17 relate to its practicality, not its performance. This laptop weighs a full 10lbs (4.5kg), the equivalent of five Asus ZenBook 3s or ten 9.7-inch iPad Pros, and I’ve felt the full heft of it every time I’ve tried to transport it. Now, that’s not for nothing, as the SC17 is encased in a seriously tough aluminum unibody shell that gives it protection, rigidity, and long-term durability. I just can’t call this a portable computer in any meaningful sense. It qualifies as transportable, but then so do all-in-one PCs, which have a number of ergonomic advantages and don’t come with the same miniaturization premium as a laptop. 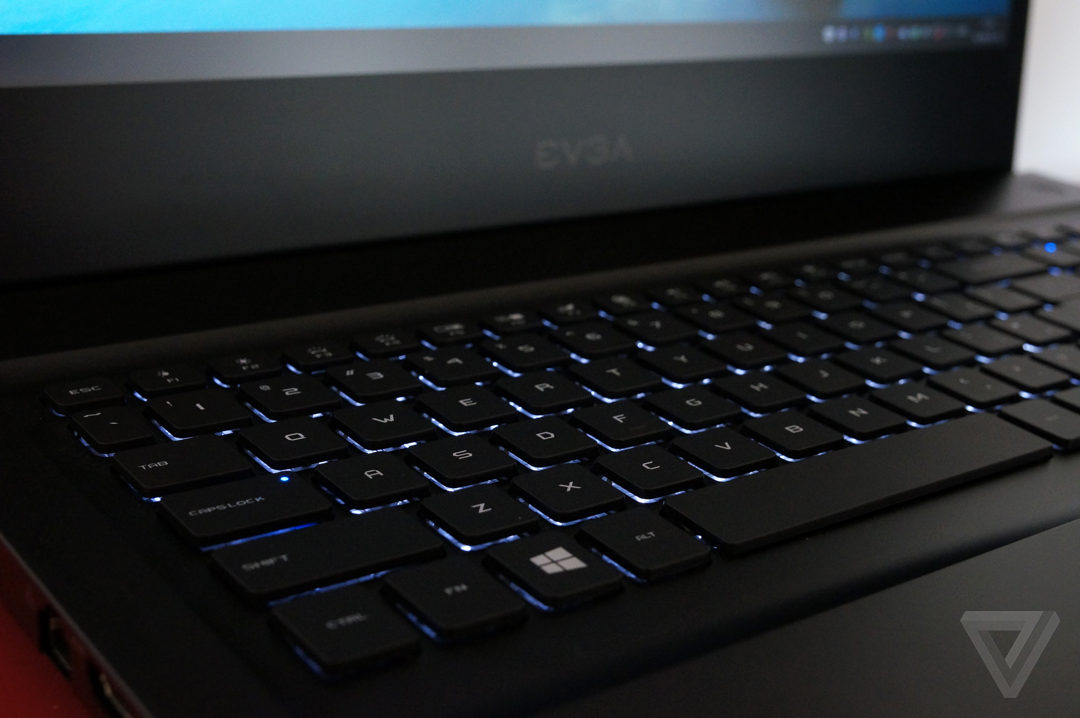 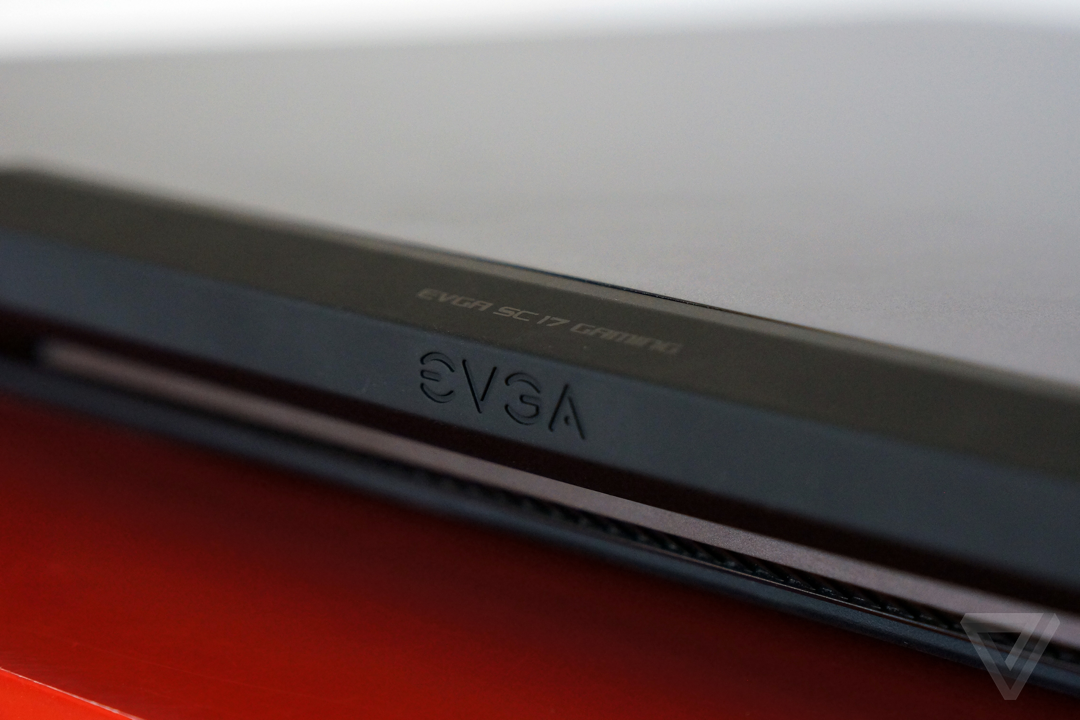 To test both my stamina and the SC17’s mobility, I took it on a trip back to Bulgaria at the start of this month. The first issue I encountered was that none of my techie backpacks could accommodate this PC, so I had to use a small suitcase instead (Ed. note: LOL). EVGA is addressing this pain point head-on by now providing a free backpack with purchases of the laptop. And another helpful touch from the company is the design of its 240W power adapter, which is wide and long, but also short — so it packs flat rather than fat. All the same, I find these to be only slight mitigations to the pervasive issue of this computer’s size and weight. Even moving it between rooms is a complex activity that requires planning and clearing out a big enough landing spot.

A big laptop that has all the power you need, but not the ergonomics

Once at home in Bulgaria, I realized just how many adaptations I’d made while testing the SC17 back in London. The first thing I did was elevate it on a laptop stand, because as nice as the 4K display might look — bonus points for being matte! — it’s anchored to the keyboard and that puts it too low on my desktop for optimal ergonomics. But then when I have the PC on the stand, the keyboard is away from me, so I have to connect an external one. A mouse is another must for any halfway-serious PC gaming, so that figures on the list of necessary accessories, too. And then disaster strikes when I find that just plugging in my basic peripherals occupies the two regular USB ports and if I have something extra like a gaming headset that connects via USB, I’d better hope I have a USB-C adapter handy. EVGA provides one but I left it in London, and that’s really the crux of the problem: you wind up needing more external accessories with this giant machine than you do with the famously connector-starved Apple MacBook. No SD card slot here either. 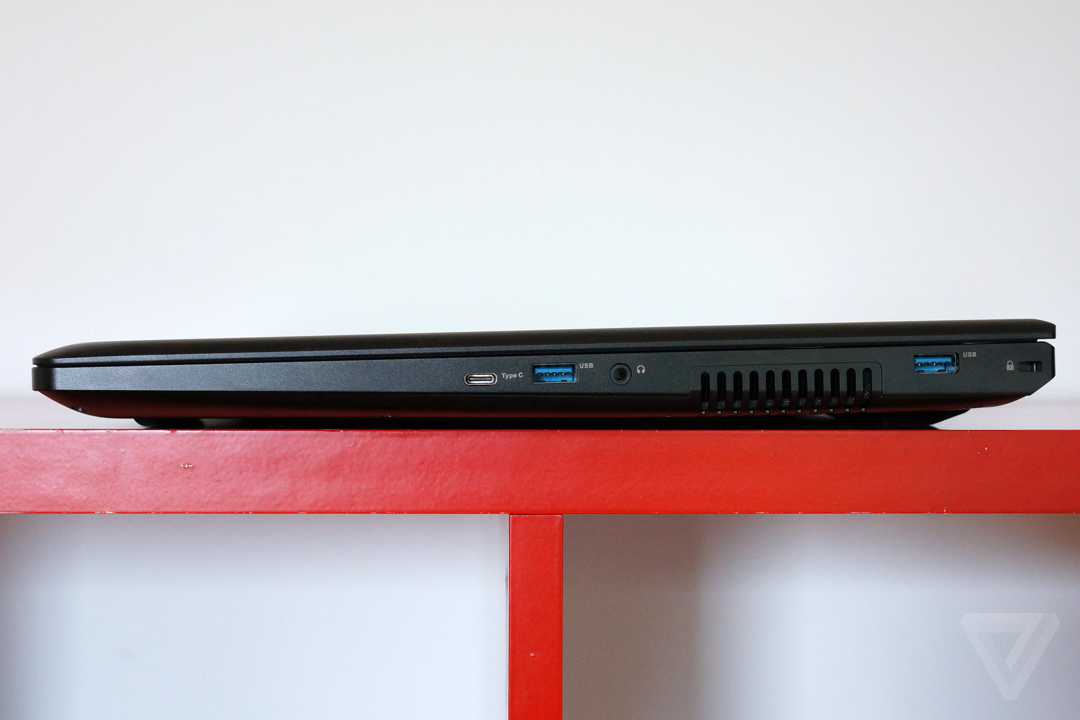 Two other issues hamper the SC17’s usability, which might be easily predicted given its emphasis on high performance: heat and noise. I had initially hoped to be able to test playing on this PC with its own keyboard, but that dream was dashed when its wrist rest heated up to an uncomfortably high temperature. The fan also grows annoyingly loud during longer gaming sessions, so the only choice is to play with headphones. That’s a shame, frankly, because the SC17’s loudspeakers are really quite decent and provide reasonable spatial imaging.

In the heat of the Bulgarian summer, I simply couldn’t tolerate the SC17’s furnace-like operation to bother with playing any games. This computer has amazing reserves of power and performance, and it boots in an instant, but I’m dissuaded from tapping its full potential because of the compromises it demands from me. I restricted my vacation use of the SC17 to watching Valve’s Dota 2 tournament on Twitch and YouTube, which I could have done much more comfortably on an iPad. I did try using EVGA’s laptop in bed, and I can confirm that it’s possible, but I wouldn’t advise anyone else to experiment in that way. You don’t want to fall asleep and have a 10lb slab of hard metal landing on your nose. 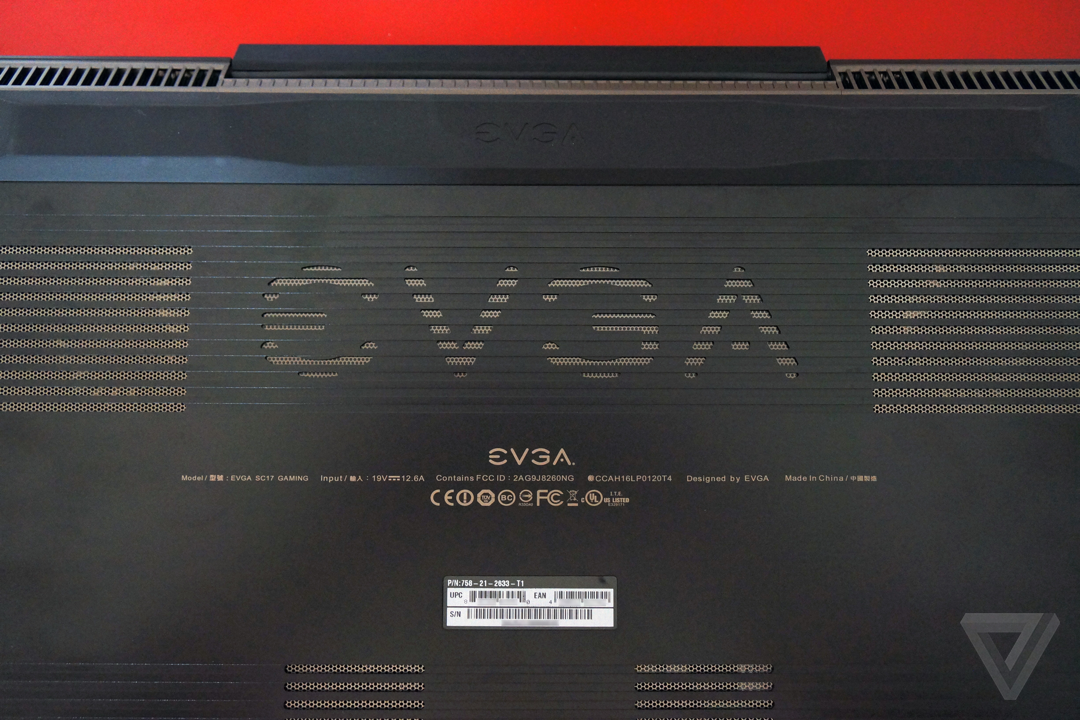 I feel torn about the SC17, because I see some very good and clever engineering at work, but for every upside there seems to be a corresponding downside. The keyboard is spacious, has a nicely extended key travel and pleasant tactile feel, but it’s matched to a poorly performing Synaptics touchpad that seems unwilling to remember my scrolling preferences. The screen is the undisputed highlight of the SC17, offering rich, slightly boosted saturation and exemplary viewing angles, but then it suffers from lingering scaling issues in Windows that mean some UI elements (such as Steam overlays and Logitech’s Gaming Software) appear unusably tiny when operating in full 4K resolution. Need I also relate the fact that all the almighty performance of the SC17 comes at the dire cost of battery life? Even when I’m not doing anything more than browsing the web, this machine’s battery never threatens to last longer than four hours.

Usually you pay a higher price for fewer compromises, not more of them

Aside from the SC17, I’ve spent time with Alienware’s souped-up gaming laptops and have experienced a few of the alternatives from Asus, MSI, and Razer as well. EVGA’s first entry into the category is admirably executed, but it clashes against the same limitations that all of its competitors do. There’s a basic mismatch between the power and ergonomics that full-fat PC gaming requires and the portability exigencies of a mobile computer. Is the SC17 a bad gaming laptop? Not at all. But that’s a meager compliment when you consider the category as a whole, which is populated by machines that promise and cost a lot, but deliver too many compromises.