Everest VR is not like climbing a mountain, and it shouldn’t have to be

Everest VR is not like climbing a mountain, and it shouldn’t have to be

Beautiful, but just a beginning

I grew up at the foot of a dormant volcano in the Cascades, and like many of my classmates, I climbed it a few times as a teenager. Mountains — real, tree-bare, snow-capped mountains — feel like alien worlds. Air is thinner; water boils faster. Wind scours any signs of life from sheer rock faces, and algae turns snow a strange, bloody pink. The natural forces that you shrug off at sea level, like nightfall or bad weather, become life-threatening obstacles.

Booting up Everest VR, a new virtual reality experience for the HTC Vive, is not very much like climbing a mountain. No virtual reality can mimic the crunch of snow under your boots during slow, numb hours of trudging up a slope that never seems to end, or the sense of accomplishment when it finally does, and the sky opens up ahead of you. And that’s for a straightforward climb that most reasonably fit people could manage in a day — not one where you spend weeks simply acclimating to the environment.

In any other medium, this would be too self-evident to even bother pointing out — and more importantly, it wouldn’t diminish the value of the work. Art doesn’t have to imitate real life, only evoke it, and Everest VR starts with a strong foundation. Stitched together from hundreds of thousands of real photographs, it builds one of the grandest virtual worlds I’ve ever seen, a crisp and severe landscape that’s marred only by the limits of the HTC Vive’s screen resolution. In a series of vignettes, participants go from base camp to summit, then unlock a "god mode" that shrinks the Himalayas to the size of anthills and gives the whole climb some context.

But I get the overwhelming sense that we’re supposed to take this setting as some kind of substitute for the real thing, not just a piece of art. Obviously, people place unrealistic expectations on VR. The subtext of much press coverage is that this will let anyone climb Mount Everest — which, for the reasons above, is a terrible way to look at the piece. At the same time, that assumption feels woven into Everest VR’s rote, utterly straightforward design. Each section is introduced on a flat screen inside the headset, before you’re transported to a location and asked to do something like walk a short distance or climb a ladder. There are some voiceover sections and a few objects to pick up and toss around, but it’s a simple linear experience that lasts under an hour in total. 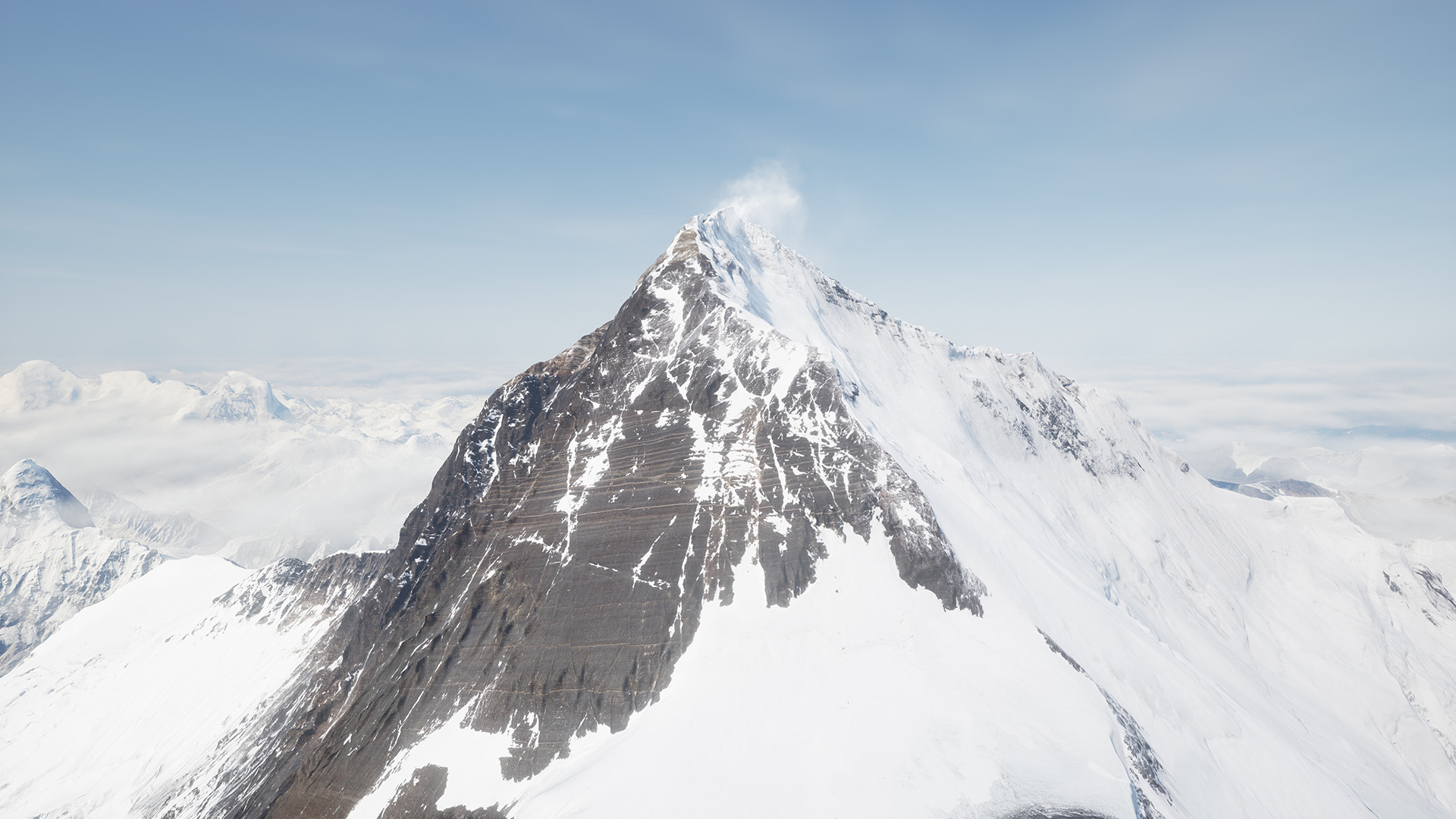 For some sections, like reaching the summit, you can point your controller at a location and click it to teleport forward. This is a widely accepted VR mechanic, but Everest VR is the rare place where it doesn’t really work. Being able to traverse the mountain so easily undercuts its power. When I finally reached the top, waving a flag to place at the top of the world, it felt cheap. Except for the gorgeous god mode, Everest VR feels structured around the idea that simply "being there" visually is enough to keep participants interested, no matter what they’re doing.

There are purely practical reasons for this, of course. The experience went from announcement to release in about eight months, and its developer Sólfar Studios is under two years old. It’s being sold to a very small audience in a field where no one really knows how to make money, and its biggest market may be educational settings, where the point usually is replicating an environment.

We put unrealistic expectations on VR

And to be clear, Everest VR does have its own kind of power. It’s a beautiful reflection of a place most of us will never see, and a huge achievement for a small VR studio. But it’s still tempting to imagine how much deeper and more compelling its material could be, if it spent more time on building atmosphere or dramatic tension and less on straight reconstruction.

Perhaps the best-known creative work about Mount Everest is Jon Krakauer’s Into Thin Air, a non-fiction book about a disastrous 1996 climbing expedition. Krakauer’s words can’t literally show you the mountain, and readers go into the text knowing that it’s drawn from someone’s imperfect (and factually disputed) memories. But it manages to convey an incredible sense of awe and terror, even if you’re safely holed up in a warm apartment half a world away. Everest VR comes close to directly capturing what a climber might see. But the piece struggles to evoke the sensations and experiences that a virtual reality headset can’t imitate — feelings that, if we’re going to treat VR as serious art, it shouldn’t have to.

More from this stream Letters from VR: a field guide to our favorite virtual reality