What's so special about a Ferrari, anyway?

What's so special about a Ferrari, anyway?

This is The Harper Spin, a weekly column from seasoned auto critic Jason H. Harper. He’s raced at Le Mans, crushed a car in a 50-ton tank, and now, he’s bringing his unique style to The Verge.

Ferrari is one of the world’s most recognized brands. Not just car brands — brands, period. Which is amazing when you consider that production has always been extremely limited. Even today, only some 7,000 cars are produced annually. Toyota, by contrast, has sold more than 40 million Corollas worldwide.

But why Ferrari? As the car world shifts toward automation and electrification, it’s fair to wonder about the allure of the Italian marque. Is it just rich guys showing off, or something more?

The extremely glib answer to a decidedly one-percenter question is this: to really understand, you’ve got to drive one. But that’s difficult to actually manage, unless you sign up for a cheesy drive "experience" in Las Vegas, or have a Silicon Valley buddy known for his largess.

But if you did get behind the wheel, the Ferrari allure would make more sense. Compare it to an indifferent wine drinker who’s handed a glass of vintage Montrachet. It’s not that you’d suddenly now turn up your nose at Two Buck Chuck, but you might regale your fellow tipplers about that time you killed a $4,000 bottle of Romanée-Conti. Now that was a gas.

Which brings me to the latest Ferrari mid-engine supercar, the 488 Spider, which is being delivered to lucky owners around the world about now. It runs $275,000 and up. The 488 Spider is a convertible and it’s fast and it’s sexy and I could explain how it’s different than the previous car — actually I will do a bit of that — but it won’t really won’t mean a damn thing to you unless you’ve been in a Ferrari before.

How to describe what makes a Ferrari special? There is no doubt that they are playthings, and owners show them off. But neither of those points get at the brand’s essence, that moment the Ferrari-ness of the actual thing cleaves away your own preconceptions. 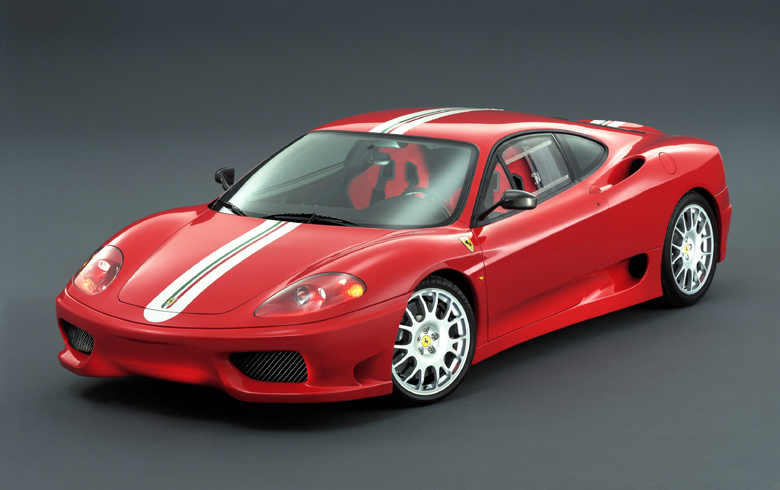 A Ferrari Challenge Stradale, based on the 360.

My first blush with a real Ferrari came more than 15 years ago, in a 360 Modena, one of the direct antecedents of the 488. Like the 488, the V-8 engine sat in the middle of the car, behind the driver. It was painted, of course, a classic Ferrari red. I was attending a press event and a colleague and I shared the car, driving the back roads near Connecticut’s Lime Rock racetrack. (Ferrari didn’t actually let us out on the track that day. Probably wise.) I got the first turn at the wheel, and I started the car and the cabin vibrated with a sound that was high and animalistic, a ferocious creature scrabbling in the engine bay behind us, anxious to break free.

Setting off, I gently triggered the behind-the-wheel paddle shifters, the first time I had experienced the F1 transmission technology.

I promised myself that I was going to be totally cool about this. I was in my 20s and I lived in New York City and I’d traveled around the world and there wasn’t much left in the universe that was gonna impress me. I knew it all, man. But let’s see what this thing was about. I stomped on the gas and — holy-gobsmack! Guuumhhhh, my body stuffed into the seat, my bone marrow cooked, and soft viscera muddled into jelly. This was unlike any car I had ever driven. There was no gathering of speed as in, say, my Honda Civic Si, which I once considered quite quick. The 360 was perception-altering, the Ayahuasca of autos. This was God’s rolled-up newspaper, swatting the car through time and space.

I reluctantly turned the wheel over to my colleague Josh, and I tried to relay my feelings to him. Yes, he’d been sitting next to me, his body undergoing the same flash-bang speed, but I suspected that the experience was far different, as if a universe separated the two leather seats. Riding in a Ferrari is not the same as driving a Ferrari.

And it was true. He set off and his eyes shone and his face became oddly still, as if he’d gone to another place. It was plenty of fun in the right-hand seat, but I didn’t experience the same joy-bomb of exhilaration as when I was in control. Maybe that’s why Josh didn't seem to hear me when I told him to slow down. There was a police car lying in wait amid a copse of trees. He got a ticket, a sizable one, but he didn't even seem to mind. The Ferrari was worth it. 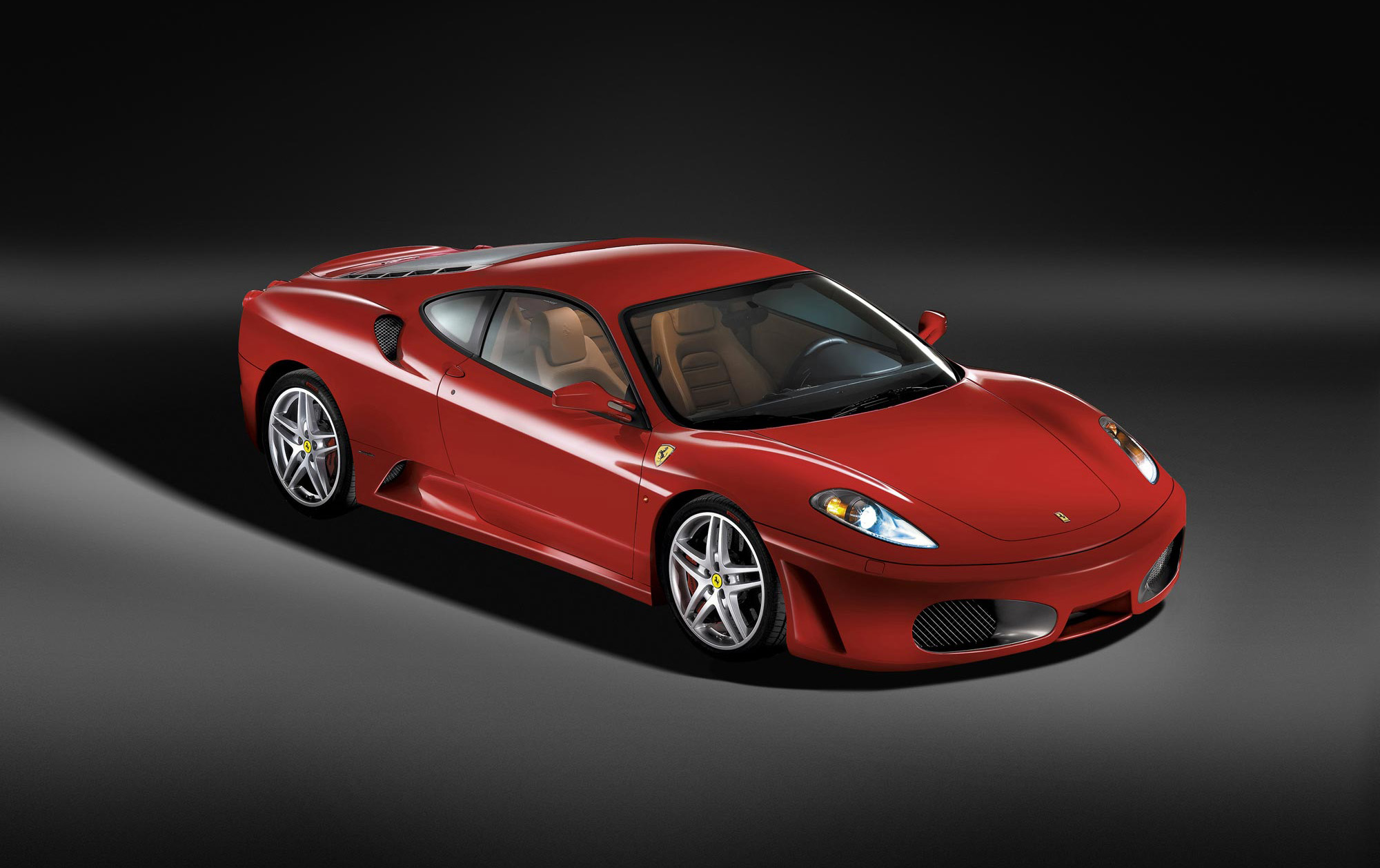 In 2004, the 360 was replaced by the F430 Berlinetta. It was better looking, faster, and more technologically advanced. I eventually drove all of the variants, including the convertible and the 430 Scuderia. Each was a delight, a reinvigoration of the senses. But like the first-ever hit of E, my first time in a Ferrari was the most explosive. It’s not that I was chasing the high, but I now had a definitive reference point. I knew what to expect. The sound of the naturally aspirated engine as it was pushed to 9,000 rpms, the automotive equivalent of brain hypoxia, survived by only the rarest of cars. The ease which the car sizzled through air and flowed over asphalt, speed as quick as thought.

After the Scuderia, I couldn’t imagine the brand could possibly outdo itself. Then came the 458 Italia. Unbelievably it really was quicker. Too quick, even. How would an untrained driver handle a car this fast? But the engine overrun, the burble of backfire as an engine burns off excess gasoline, was suddenly gone. Ferrari was using all of its available energy more wisely, but at a cost of some of the audible loveliness.

And so comes the 488 GTB and Spider models, replacing the 458. And with it comes the biggest change since Ferrari completely abandoned the manual transmission.

Ferrari has traded the naturally breathing V-8 for one that is aided by a turbocharger. The change comes for two reasons: it produces less carbon dioxide, and it allows for even more power out of the V-8 without having to make it physically bigger.

Is the new 661-horsepower motor as special as the outgoing? It isn’t. Sorry, I wish it were. It no longer revs to such highs, and the sound isn’t as good. It is less Ferrari.

Is it still amazing? It is. There is actually more get-go at any moment that even before, with 560 pound-feet of torque available at a low 3,000 rpm. Sixty mph arrives in less than three seconds, which is insanity, and 125 mph will appear on the digital readout about five seconds later. It’s a new kind of power for a Ferrari, and an intoxicating one. But the delirious sound of a fighter plane under full propulsion is gone. I prefer the 458 over the 488 in most ways. 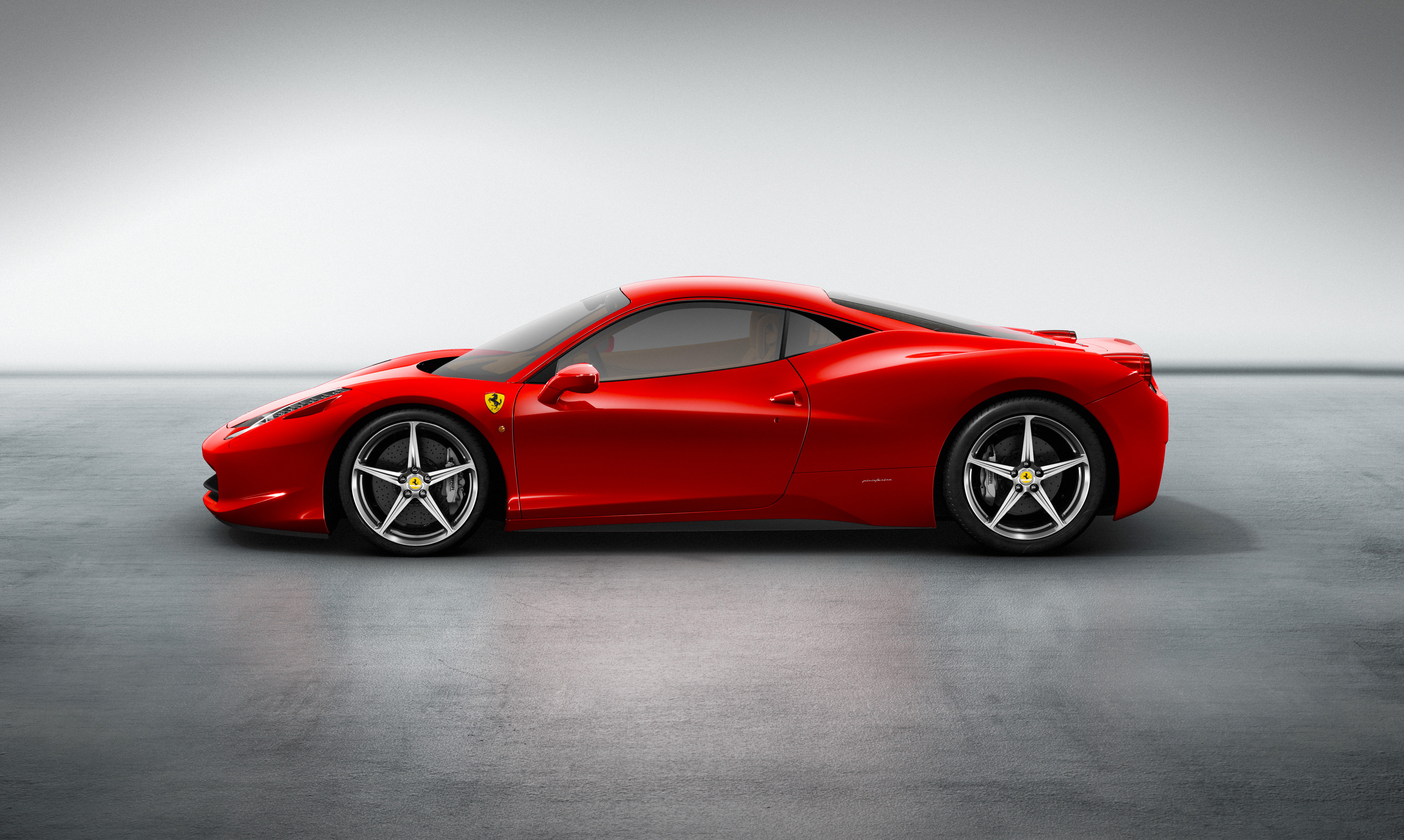 But, perhaps, this is the more relevant question: if the 488 was your first experience in a Ferrari, would it snap you into a different universe? Does it continue to function like automotive Ayahuasca?

Yes to both. Totally and completely. The 488 mushes marrow and cooks the brain, even more completely than the 360 Modena (which is now considered slow). It is still totally and thoroughly Ferrari, if a different kind.

But, interestingly, the 488 has managed to sever my expectations, those definitive reference points which began with the 360 and evolved to the 458 Speciale (probably my favorite Ferrari ever). If this is a very different Ferrari — and it is — it means that the next model after the 488 will continue to evolve as well. The company will get ever better at these new breed of engines, and I can’t even guess what the next generation might bring.

And for that, I’m excited all over again. The follow-up (the 495, maybe?) will be new and exciting and a surprise. Which is exactly what makes Ferrari so special.