It's Wilderness Week here at The Verge, and that means thinking about all the ways we can explore and admire nature, even if our park getaways happen to be few and far between. Because every good outdoor experience involves traveling light with gear that lasts a long time, we've put together a list of some of our favorite camping and hiking items. If you're in need of some suggestions for how to sleep, drink, and cover ground in comfort — and for a practical price — we've got you covered.

From the perfect water bottle to the most comfortable and versatile footwear, every item here is a quintessential piece of equipment that's survived quite a few National Park excursions and hiking trips abroad. (In the case of Verge videographer James Temple, these locales include Mt. Everest.) The choices aren't supposed to please everyone; this is a collection of our personal items, and each carries with it a sense of sentimental value. That said, each one has logged the miles and earned its place in our collections. Maybe they can do the same for you.

The National Park System is turning 100, and The Verge is celebrating with Wilderness Week: a look at the natural world, its freaky critters, and its future. 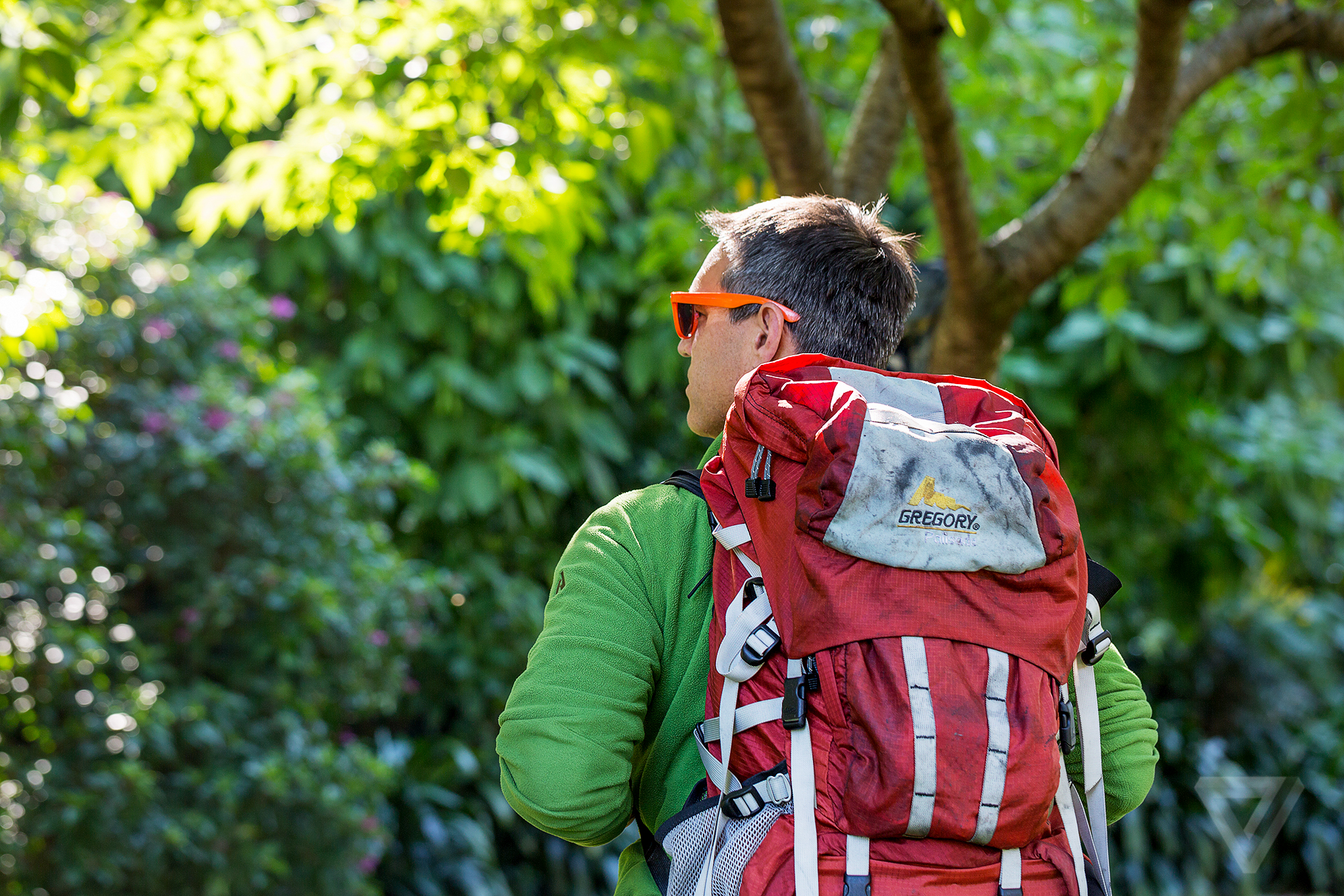 The lesson learned from this Gregory backpack is that buying used is often as good as buying new. I bought this backpack on Craigslist for $50; I can’t tell you for sure what the model is. In the four years since, I’ve dragged it all over the place — up various mountains and one inactive volcano, down to Death Valley, around Alaska’s Denali National Park, through Mexico City and New York City. I’m sure I’m missing some trips, but — obviously — I’ve gotten a lot of use out of it.

It can hold about 60 liters, which is perfect for a warm-weather trip for three or more days in the wilderness, or a week of travel. It’s not ultralight, but it’s comfortable, it’s durable, and it was pretty cheap. It’s easy to feel intimidated by gear heads, and to feel that going outside will require a lot of spending. But ultimately, the story of this backpack isn’t just that I love it; it’s that the gear that will get you outdoors doesn’t have to be new or flashy. It just has to work. - Liz Lopatto 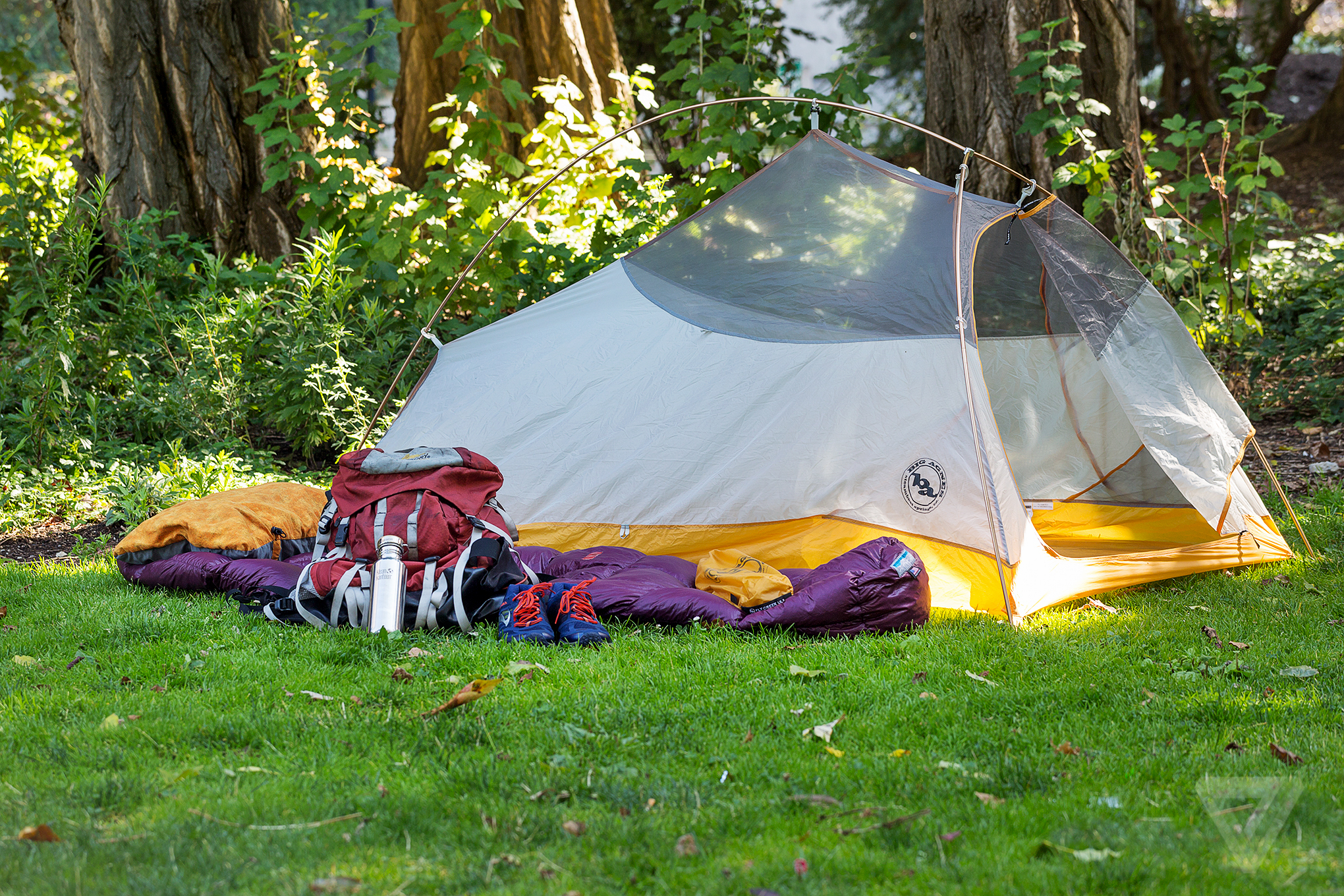 Like a lot of women, I don’t have as much upper body strength as my male peers. That’s a combination of my physiology and my total disinterest in weight-lifting. (I prefer yoga, and while I’m working on my arm-balancing poses, they’re still… works in progress.) So I typically look for light gear. The Big Agnes Fly Creek tent is not only light — it tips the scale at two pounds, five ounces, or about a kilogram — it’s also dead simple to set up. I know this because I’ve done it in the dark, more than once.

It’s also durable, having been lugged around to campsites all over California for the last three years by a woman who is known for destroying everything she touches. If you’re looking for a light tent for multi-day backpacking trips that can survive your own boneheadedness, I suggest you look no further. - Liz Lopatto 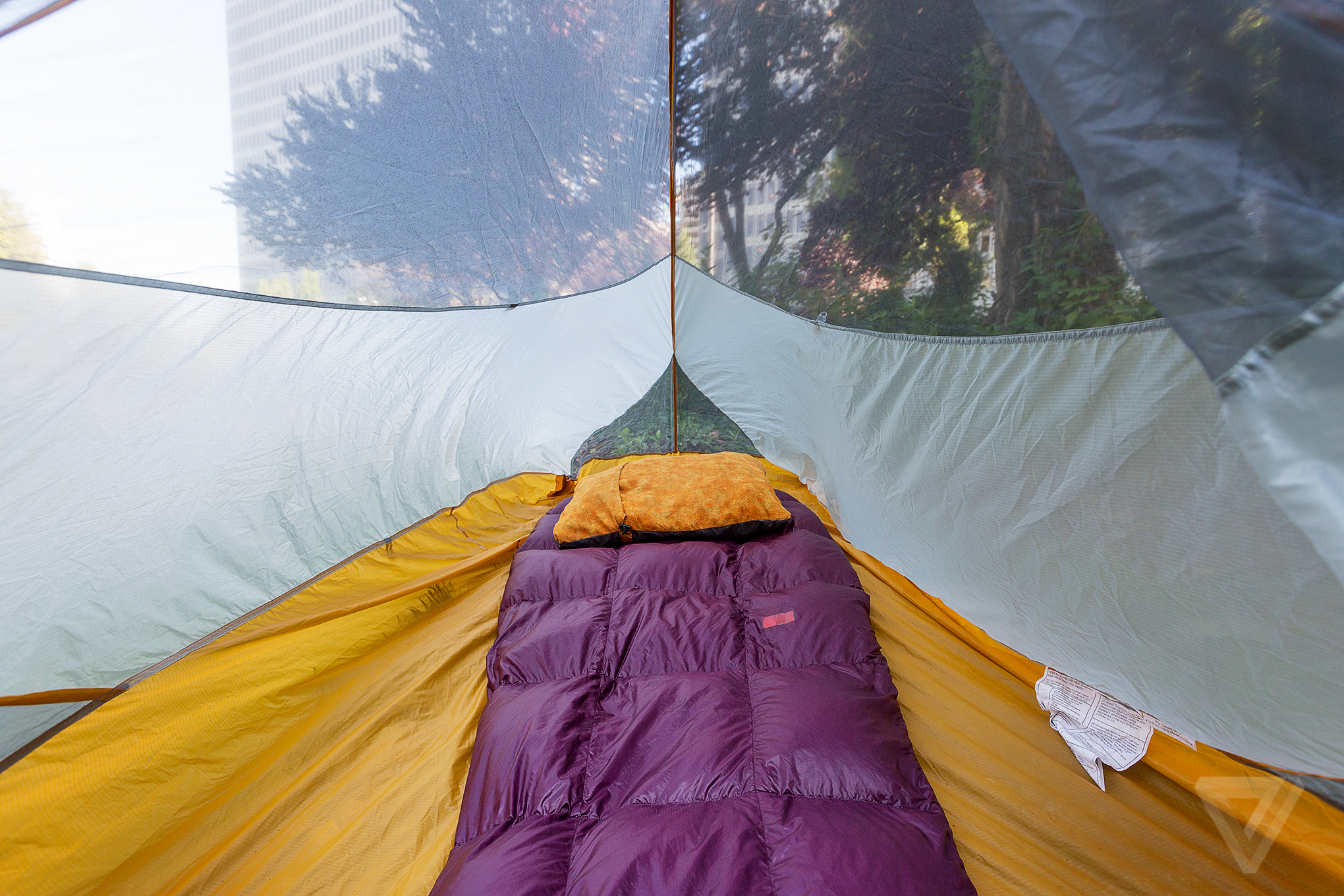 In early 2011, I picked up Western Mountaineering’s Highlite sleeping bag, after determining I needed to lighten my pack in preparation for a summer trek along California’s stunning John Muir Trail. It seemed to be the popular choice among the online ultralight obsessives, who drill holes in toothbrushes and swap tents for tarps in their crusade to shed every unnecessary ounce. So who was I to question their wisdom? 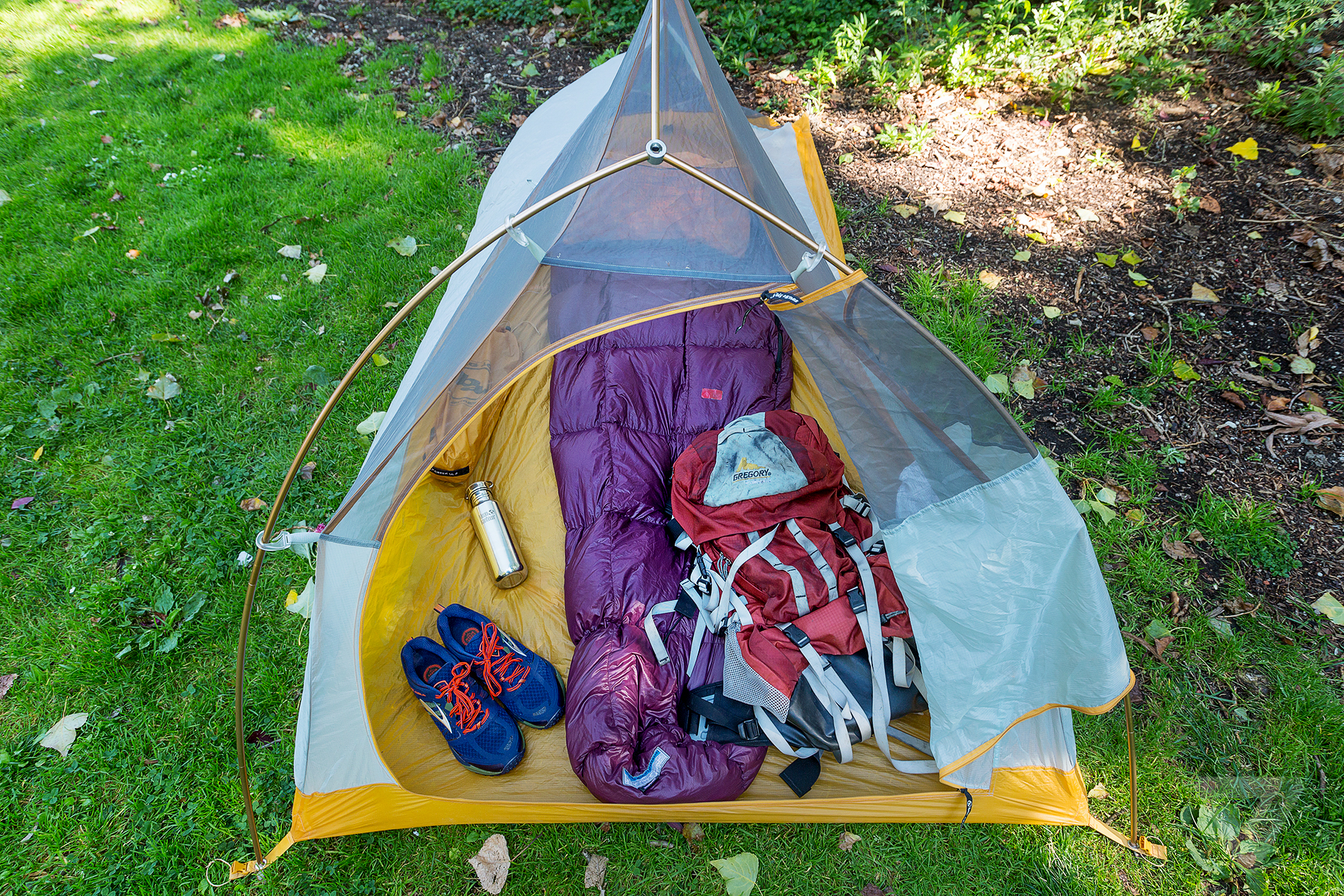 The Highlite weighs in at 16 ounces, half of it 850-plus fill goose down. That’s nearly the top end of the down quality scale, which rates the natural insulator’s loft — or ability to trap the body heat that keeps you warm. The thing feels like almost nothing in my hands and packs down tightly in my bag. With a comfort rating of 35 degrees Fahrenheit, it’s kept me cozy on plenty of crisp nights.

The standard tradeoff with ultralight gear is durability. But five summers and dozens of trail nights later, the only sign of wear is a square of red tape covering a tiny hole that had allowed some down to escape. That and, I suppose, the hefty scent of me. It’s also snug — the tight mummy shape of any true backpacking bag — and expensive. The 6-foot Highlight cost me $270 back then, and now runs $350.

There are certainly cheaper, roomier, and heavier options if all you’re planning to do is drive up to the edge of your campsite. But the Western Mountaineering Highlite is a great choice if you’re planning to log serious miles, but prefer to focus more on the scenery than the ache in your back. - James Temple 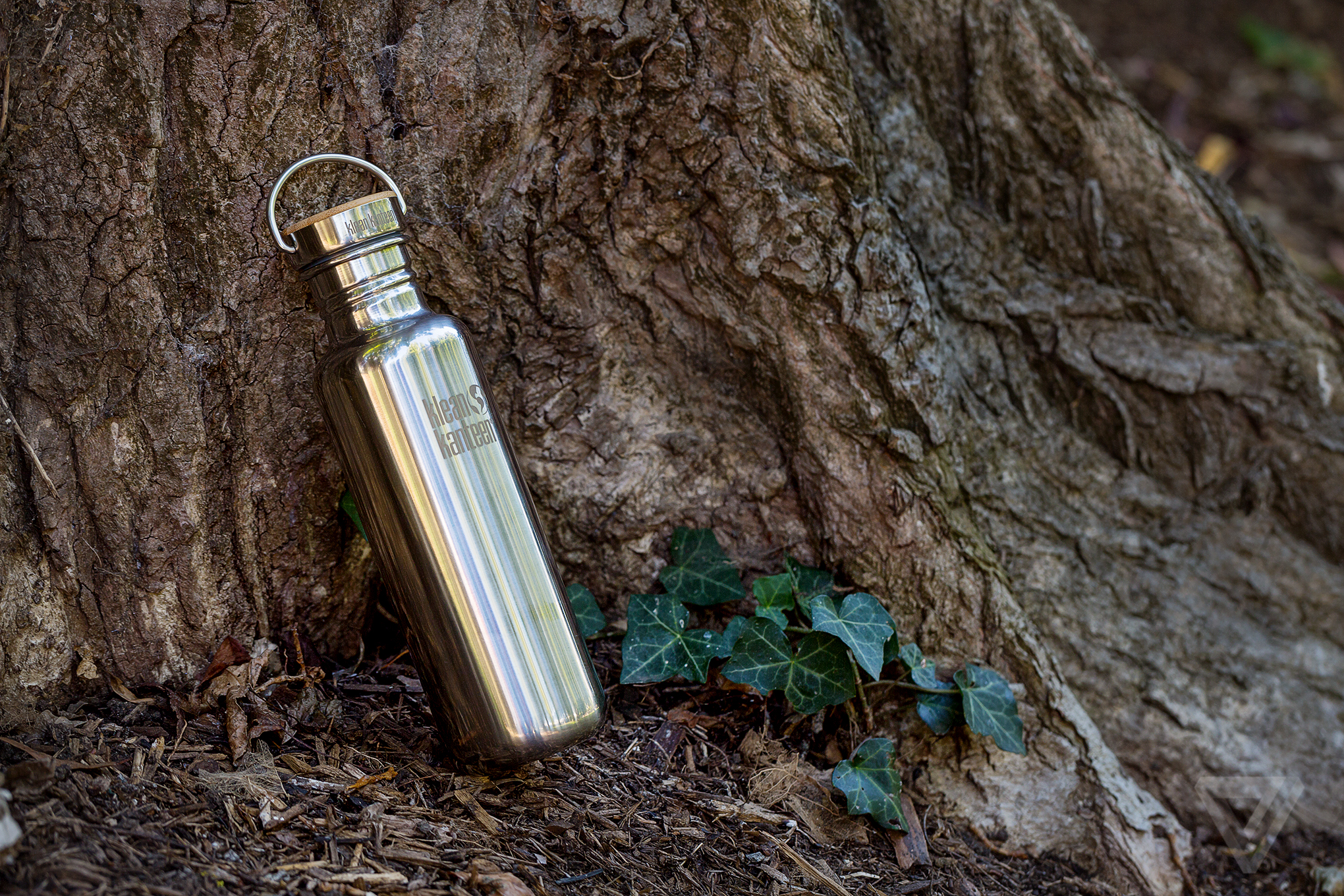 The Klean Kanteen Reflect water bottle isn't the most efficient drinking system. For that, you'd probably want something closer to an Osprey-made hydration pack. But what the Reflect bottle lacks in pure utilitarian design, it makes up for in style.

The bottle is a beautiful, all-metal canteen that's always reminded me of the vintage 1930s National Park design language. Because it's made of just stainless steel, it keeps metallic tastes to a minimum, retains water temperature, and can be tossed in the dishwasher for a full rinse. I opted for the bamboo cap with mine, but you can mix it up with about a half-dozen other Klean Kanteen-made sport and loop caps. As for weight, the bottle comes in at about 8.6 ounces with the cap attached.

The reflect bottle evokes a pre-internet relationship with nature

To be fair, a stainless steel canteen with a bamboo cap is almost as much a statement as it is a water receptacle. I picked up mine about three years ago, when I first moved to California and began exploring the state's expansive list of National Parks. Call it a former New Yorker's love of hipster design aesthetics, but the Reflect bottle evoked a pre-internet relationship with nature, a time when a beautiful object didn't also contain a screen and camping didn't mean living without LTE for a weekend.

The good news is that this canteen sacrifices nothing in its appeal to aesthetic beauty, all in a package that begs to be held onto and passed down. My Reflect bottle has survived its fair share of hikes, with a few indents from rocky falls and the veneer of its bamboo long faded. But that makes it that much more special — the more wear it takes, the more this canteen looks at home in the wilderness. - Nick Statt 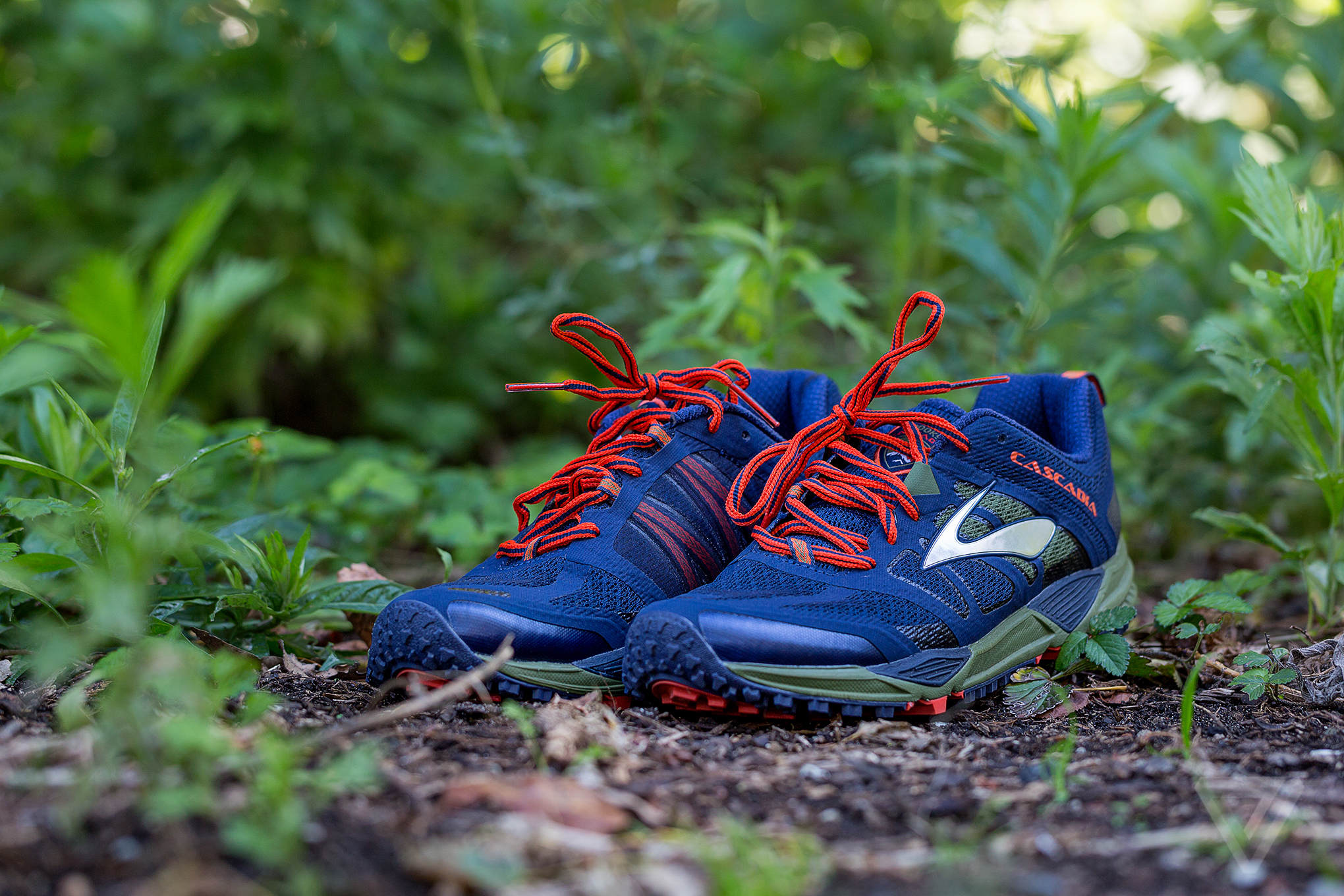 It’s a time-honored rule of the outdoorsy handbook that stepping onto any unpaved path demands the sturdy reinforcement of heavy hiking boots. But unless you’re trudging through truly rocky terrain, or full-fledged ice and snow, you and your feet are almost always better off in a light trail-running shoe. For me, making the switch several years ago immediately meant far fewer blisters and much less leg strain. And no wonder.

"Look at it like this: Each boot weighs a full pound more than one of the trail shoes; as you hike, you are lifting and hauling an extra one pound with every step you take," notes Ryel Kestenbaum in The Ultralight Backpacker.

Multiply that by, say, the 10,000 steps it takes to hike five miles and you get a huge difference in the amount of leg weight training you did for the day. I personally just picked up my third pair of Brooks Cascadia trail-running shoes (the 11 model, which run about 11 ounces per foot). They’ve offered all the traction and support I needed along dozens of San Francisco Bay Area day hikes and multi-day stretches through the High Sierras. I also wore them on all but the final days of the Everest base camp trek, when snow and ice finally convinced me to switch to warmer and waterproof boots.

The Cascadia’s are light and cushy. And I actually feel more firm footed on the trail because I’m closer to the ground and have a better sense of the terrain beneath me. But you don’t have to take my word for it. When Heather Anderson set the unsupported speed record on the Pacific Crest Trail in 2013, knocking out the nearly 2,700-mile route from Canada to Mexico in 61 days, she did it in ultralight trail runners.