In 2002 a little-known developer called Retro Studios from Austin released Metroid Prime on the Nintendo Gamecube. Built in collaboration with Nintendo, the game transformed the seminal sci-fi series from a 2D side-scrolling experience into a vast, three-dimensional world. Before it launched many fans were skeptical of the idea, worrying that the beloved series would be turned into just another first-person shooter. Yet despite the drastic shift in perspective, Prime retained virtually all of the hallmarks that made Metroid so iconic, from the moody music to the unsettling sense of isolation. It went on to become one of the most acclaimed games of its generation, and spawned a pair of sequels.

Six years later several of the key minds behind the Prime series, including director Mark Pacini, left to found a new studio called Armature. Initially Armature’s output was primarily work-for-hire gigs, helping to port games like Metal Gear Solid and Batman: Arkham Origins to new platforms. But next month the studio is releasing its first big original game with ReCore — and it’s a game that has a lot to live up to.

ReCore is being created in collaboration with Comcept, a relatively new studio founded by long-time Mega Man producer and character designer Keiji Inafune. ReCore may be a brand-new property, but it’s one that comes with plenty of expectations given the pedigree of its creators. “No matter what we make, someone somewhere is going to try to draw a connection to a Mega Man or a Metroid Prime,” says Inafune. “What we’ve really tried to do is just not even worry about that.” 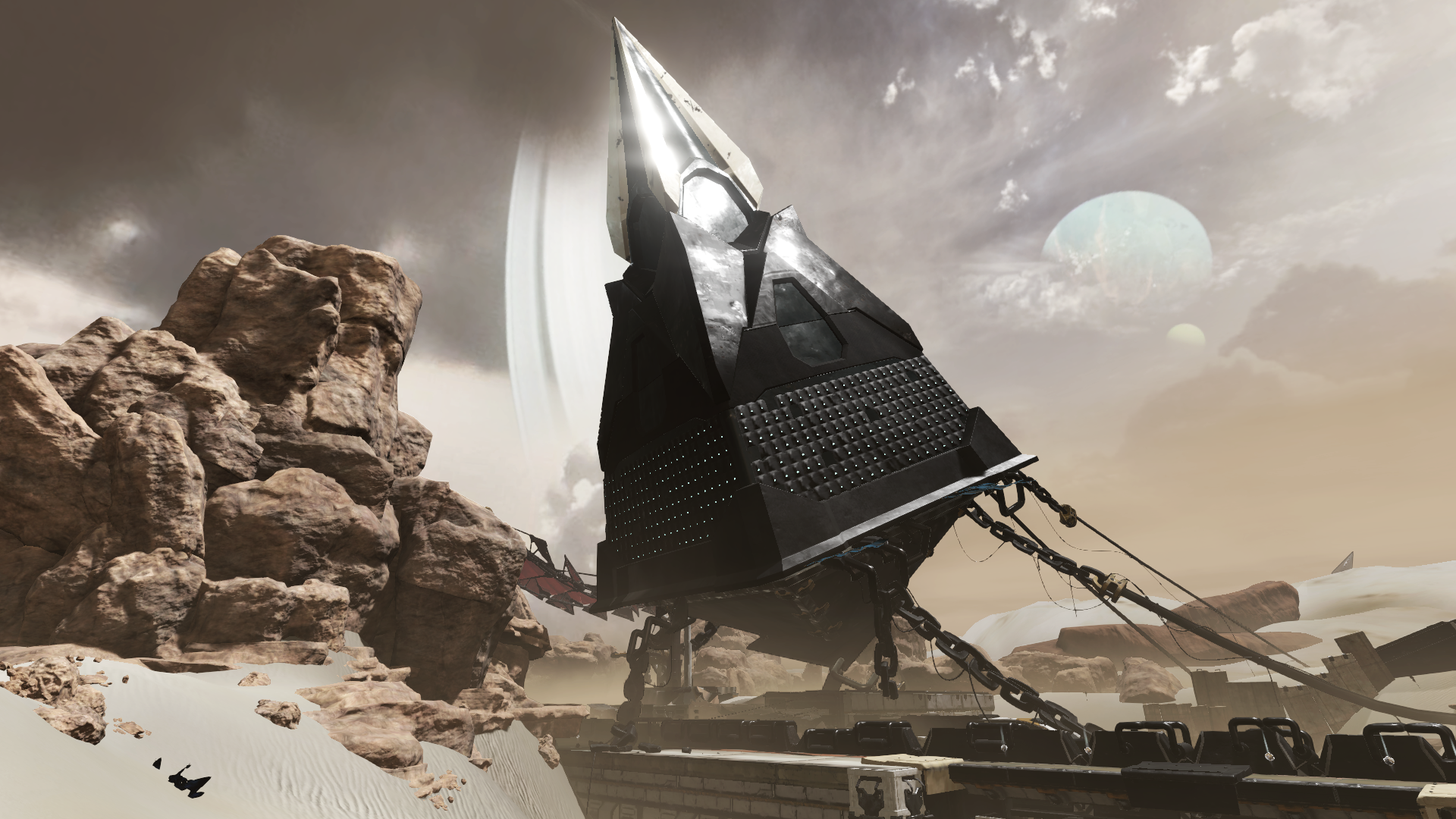 ReCore puts players in the role of Joule, a young woman who wakes up on Earth only to discover a largely deserted planet overrun by robots. To survive, she partners with a small band of friendly robotic creatures that have animal-like traits — including a charming robo-dog — and ultimately fights to save what remains of humanity. The game includes features that make it a clear descendant of the games its creators are best-known for; there are the robotic companions akin to Mega Man, and the sense of being alone on an alien world that’s so central Metroid Prime. Even ReCore’s interface and controls will feel familiar if you’ve played those games.

"We knew we wanted to make something together."

While this is the first game the two studios will release together, it’s not the first partnership of Pacini and Inafune. Back in 2010, when Inafune still worked at Capcom, he was appointed the company’s global head of production, tasked with bringing the company’s different regional divisions closer together. While best-known for his work on Mega Man, Inafune had spent years trying to bridge the often disparate worlds of Japanese and Western game development, resulting in series like Lost Planet and Dead Rising. That year, he started working with Armature on an unannounced game codenamed "Maverick Hunter." Much like Metroid Prime, "Maverick Hunter" looked to take a classic 2D series — in this case, Mega Man — and translate it into a 3D, first-person experience. They worked together for around a year, before Inafune eventually left Capcom to start his new company. But even if it didn’t result in a finished game, the collaboration left a positive impression on Inafune.

"What I can say about that project is how smooth the process went," says Inafune. "I don’t mean to generalize or stereotype too much, but in the past experiences when you try to collaborate between an Eastern developer and Western developer, any kind of East / West collaboration like that, you will run into some issues sooner or later. But the exception was Armature and how smoothly we were able to work with each other. I think that there was already a level of respect that we’d established."

When the opportunity arose to create a new game in partnership with Microsoft, Inafune immediately thought of Armature, and the two sides began brainstorming ideas for what would eventually become ReCore. "We knew we wanted to make something together," explains Inafune, "but what that something was going to be was still up for discussion." At the time he’d become fascinated with the idea of a post-apocalyptic Earth, and what the future of human existence could look like. That, coupled with his love of robots, lead to the basic idea behind ReCore. 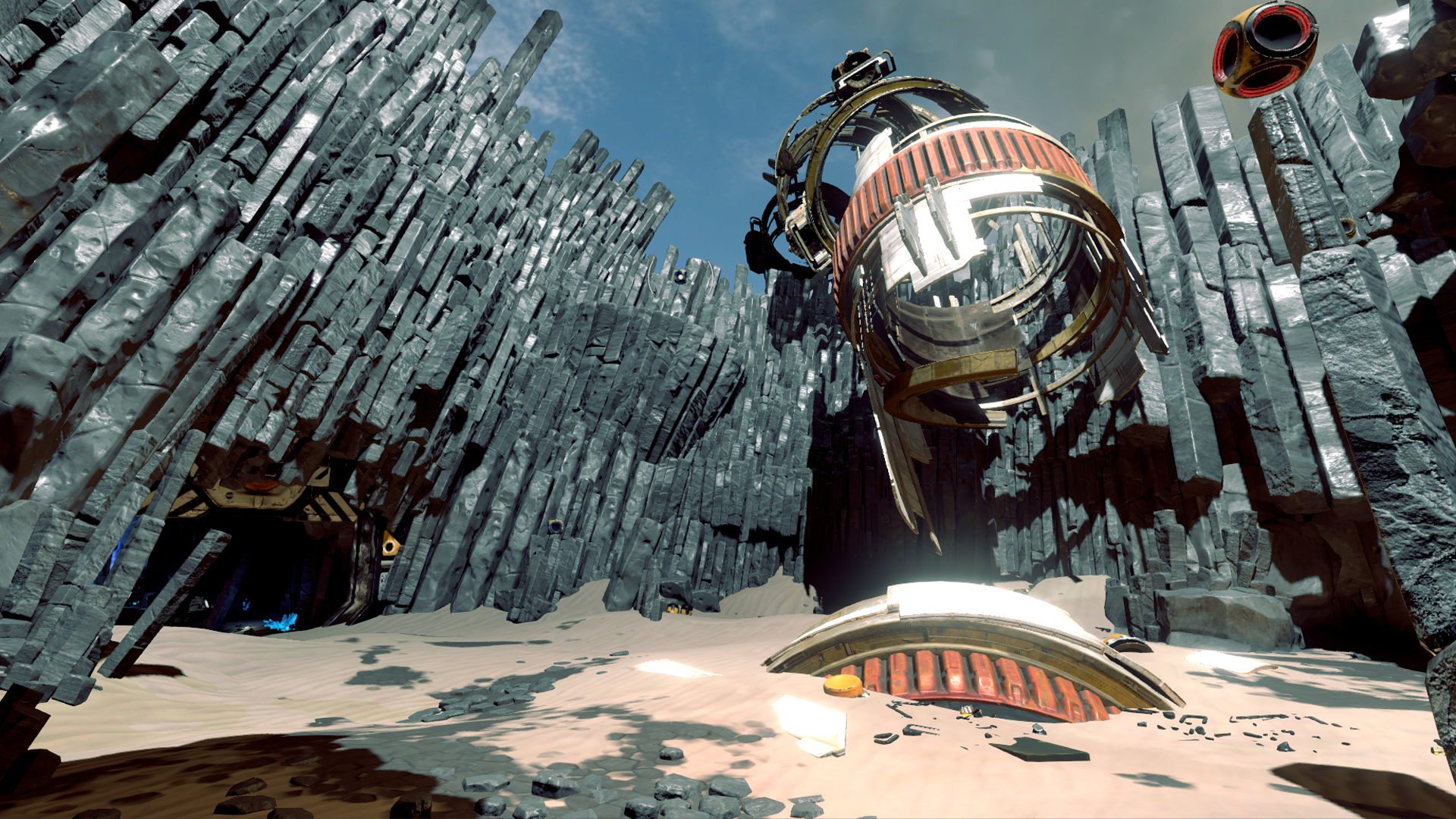 From Armature’s perspective, the collaboration was similar to working with Nintendo, but with an important change. "The major difference is that Comcept isn’t our publisher," says Pacini. "So there’s a lot more flexibility in terms of ideas going back and forth. There was a lot of flexibility with Nintendo, but at the end of the day it’s a Nintendo product. With working on ReCore, the environment was a lot different because Inafune-san’s group understood that they really needed to get across the broad strokes of the project, the feel and the character that the game wanted to have, and let us fill in a lot of the details."

In the beginning, the two sides divided up labor in a pretty clear way. While Inafune and Comcept focused on the worldbuilding and the more conceptual aspects, Armature set to work on the nuts and bolts of actually building the game. "It’s kind of like we had the toolbox, and they had the general idea," says Pacini. But as development progressed, those lines started to blur. Comcept started pitching in on some of the finer details — doing everything from creating concept art to developing the in-game robot language — while Armature similarly was able to add its own perspective and ideas into some of the more conceptual aspects of the game.

"It’s kind of like we had the toolbox, and they had the general idea."

Despite the time difference between Tokyo and Austin — and the many late-night / early morning Skype meetings — the two team leaders claim they found themselves primarily on the same page throughout the development process.

For Inafune, his ongoing desire to partner with studios in the Western world — despite the issues created by language and cultural differences — stems from a change in the way Japanese developers operate. As mobile and handheld gaming has become the dominant force in the country, publishers have shifted resources away from console development. Outside of a few notable examples, like Final Fantasy XV, big-budget blockbusters rarely come from Japan anymore. And those that do rarely happen outside of established franchises.

"For better or for worse, I think the desire, the thirst for originals in Japan has gone down," says Inafune. "So when I thought of new ideas, I immediately looked outside. It’s almost like we’re really able to leverage our strengths in the best possible way. [Armature] had a lot of the technical skills and game-making know-how, whereas I really wanted to create this original world and it just didn’t seem feasible in the way I imagined it to look locally. I think that was, for myself, one of the biggest appeals to this collaboration. It made sense to really push aside the obstacles that come with working with a company overseas."

Given their experience working with Nintendo, Pacini and the team at Armature were uniquely positioned for this kind of collaboration. The studio had already established various techniques and processes — including making illustrated design documents to get past the language barrier — that made working with a Japanese studio as seamless as possible. 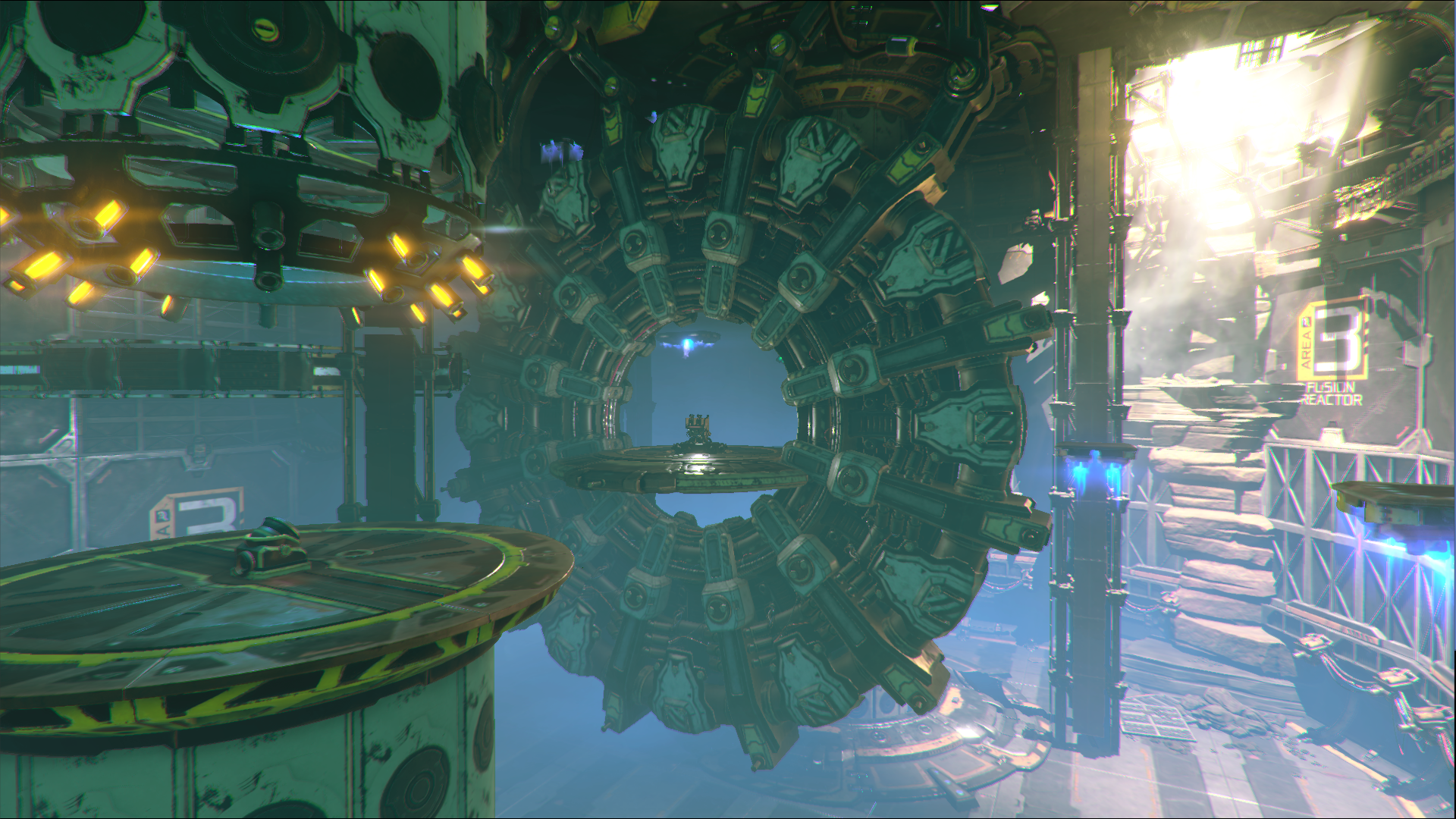 "I really wanted to create this original world."

But the development of ReCore also came with another added wrinkle: Microsoft. The company is not only publishing the game on Xbox One and Windows 10, it’s also helping with development as well. According to Pacini, artists, designers, and engineers from Microsoft Studios work on ReCore every day, including writer Joseph Staten, best-known for his work on Halo and its novel tie-ins. As producer, it was Inafune’s job to ensure that even with these very different teams, all with potentially different motivations, ReCore still ended up feeling like a cohesive experience — and one with a distinct guiding voice.

It’s hard to say what exactly makes an Inafune game — the difference between the likes of Dead Rising and Mega Man is fairly stark — but the producer believes that even within a large team, his creative sensibilities shine through. In fact, he thinks that the group he’s assembled at Comcept actually amplifies those sensibilities. "The conversations and dialogue that I have with my team is that, I’ll suggest an idea, or I’ll suggest something really interesting, or something really fresh, and what my team always tries to do is take this and make it more than he ever could have thought it would be," he explains. "So to really take an idea and make me say ‘Oh wow, you guys are amazing. I give up, you win.’ In a weird way, their goal is to almost beat me at my own idea. The really try to make it as Inafune as possible."

With its September 13th release date looming, it won’t be long before we see the result of this atypical collaboration. But no matter how ReCore turns out, the comparisons to the creators’ past work is inevitable — but that’s something the team isn’t focusing on. "That’s how I make my new games," says Inafune. "I don’t always try to look back at history as much as try and create something new and different." Pacini echoes those thoughts, saying that any similarities between ReCore and games like Mega Man and Metroid are pretty easy to explain.

"These are the types of game mechanics that we like."