The new Boosted board makes a great ride even better

The new Boosted board makes a great ride even better

Boosted 2.0 is good news for first-time buyers, but maybe not worth an upgrade

As the niche category of electric skateboards has taken off, the ones from Boosted have consistently been the best. Sure, there are boards that are smaller, or cheaper, or both. Others offer more range than Boosted’s paltry 6–8 miles. But those other boards come with big tradeoffs in size or ease of use. In that light, it’s almost a good thing that electric skateboards are stuck at or above the $1,000 price point, because no company has totally nailed the top-to-bottom experience quite yet.

Boosted comes closest, though. There’s a reason its funky shape and orange wheels have become synonymous with electric skateboards in general — a feat that shouldn’t go underappreciated considering the company got its start on Kickstarter. Now with the new "2.0" version of its boards — which were announced in May and start shipping this week — the company comes even closer to that ideal mixture of weight, range, and style. The new board’s not without faults (the 15-pound weight comes to mind), but I’ve been using the Dual+ — the high-end version, which uses two motors — for just about a week now, and it’s already easy to see that Boosted’s made a great riding experience even better.

You can think about the new Boosted board in the same way that we view "S" versions of iPhones. If you already own the previous version, there might not be enough here to justify an upgrade, and you’re probably better off waiting for the next version — unless you find one (or some) of the few new features to be irresistible, that is. If you’re buying for the first time, then congratulations, you timed your purchase well.

With iPhones, those differences between one model and its S counterpart ranged from small novelties (Live Photos) to actual reworkings of how the device operated (3D Touch). The new Boosted board has a similar split. It’s largely the same board as the previous version, especially with respect to the way it looks. Here, there’s really only one difference: the wheels, which still come in that bright construction-orange, are 5mm bigger this time around and have bright-green inlays that cover the bearings.

The overall experience hasn’t really changed with Boosted 2.0. You use a remote to control the speed and braking, and it can also change the board’s speed modes. (Boosted’s boards offer four levels of speed on a beginner-to-expert type scale.) It comes with a long charging cable with a power brick that can top off the board’s battery in about an hour. And the actual board itself is made of fiberglass and bamboo, which makes it extremely flexible — a characteristic that, when combined with the big longboard wheels, helps keep the ride feeling very smooth.

That said, there are some key differences here, ones that might even be enough to entice deep-pocketed cruisers to upgrade. The first is water resistance — Boosted has closed up all the cords and motor parts so that your board won’t fry if you zip through a puddle or get caught in a rainstorm. It’s a nice feeling, though it took me a few rides to remember that I didn’t have to carve around random puddles in the streets. 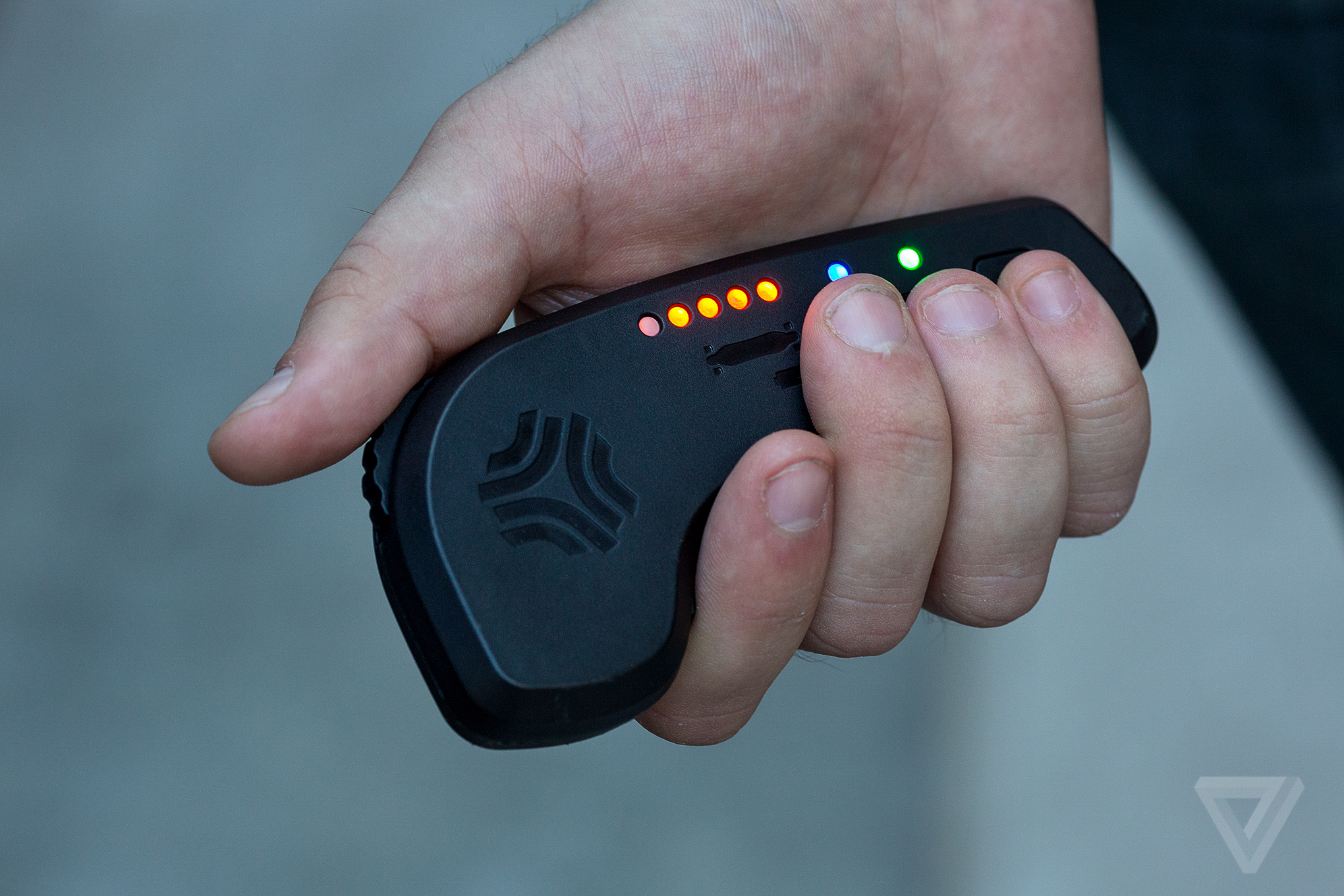 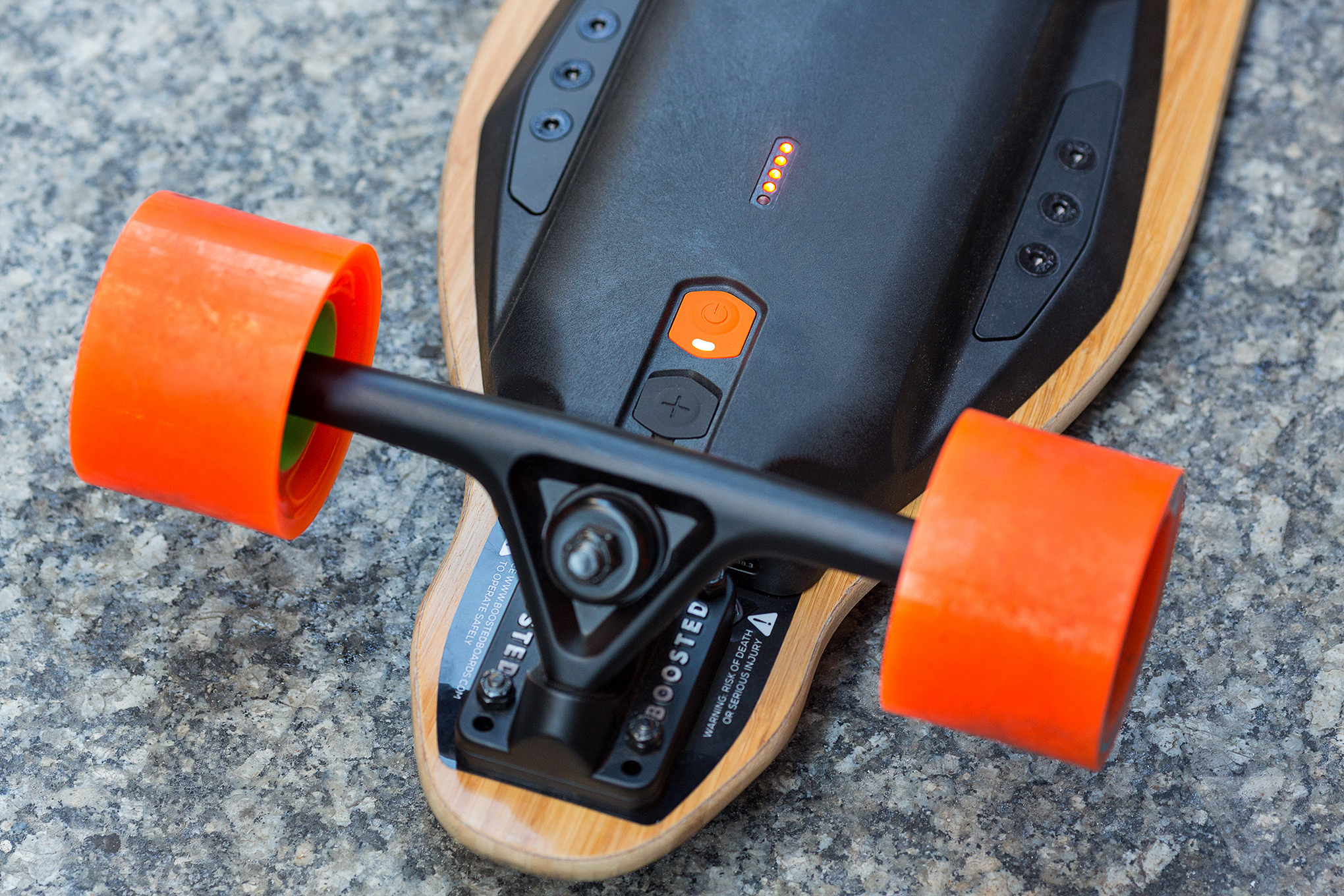 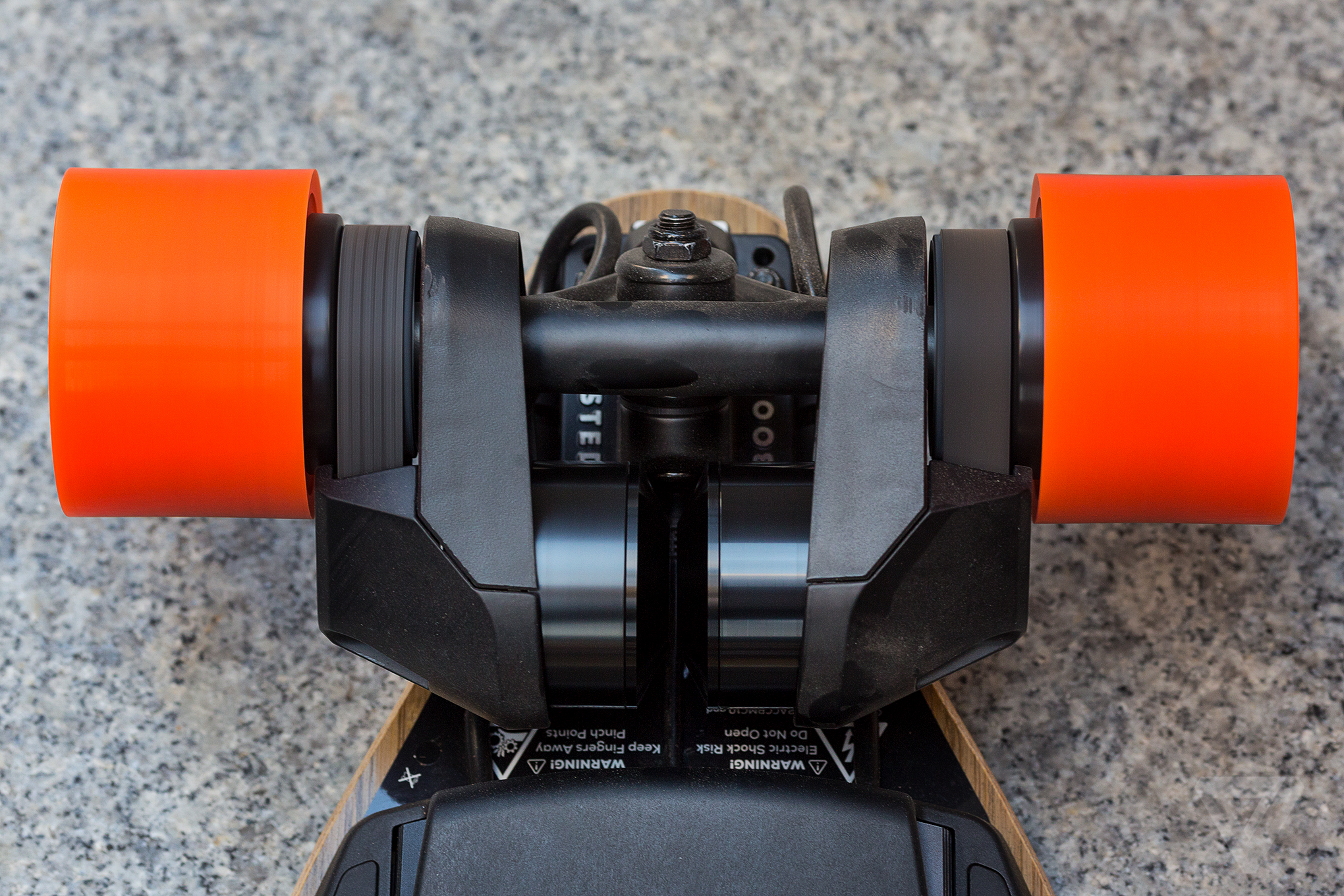 Once I did, though, it made the board feel a little bit more worth its $1,499 price tag. (The lower models cost $999 and $1,299.) It reminded me of the invincible feeling I got when I rode the original ZBoard — a beast of an electric skateboard that can crush branches and even tackle small potholes. Boosted still recommends against riding the new board in the rain because you can still do damage the bearings, and extended exposure to water could still harm the electronics. (Hence the use of water-resistant, not waterproof.) But the more companies can mitigate problems like water damage, the easier it is to justify the heavy price tag and enjoy the ride.

That ride has gotten a little better, too. The company revamped the software that controls the motors, which resulted in quicker acceleration and deceleration. And Boosted now uses custom trucks (the axles that attach the wheels to the board itself), a decision that the company says let its engineers "tune the ride to match the unique characteristics of a powered board." Sure, that sounds like marketing speak, but the whole experience did feel noticeably smoother. The board takes off faster, and yet it never made me feel like I was being jerked around.

A lot of this can be attributed to Boosted’s remote, which enables extremely fine control over speed and braking and is by far the best one on the market. It too has received some upgrades with the new board. It performs faster — there’s no longer any waiting around for the feedback beeps that confirm when you’ve changed modes. Boosted also added a second Bluetooth radio to the remote to cut down on dropped connections with the board. I definitely noticed the difference that made here in New York, where the overabundance of wireless signals used to make the remote’s connection to the board drop out.

The last big change in the new board has to do with range. Boosted made it possible to swap the battery on the new board, and in turn is selling "extended range" batteries that effectively double the range of whatever model you use them on. Unfortunately, those batteries won’t be available until early 2017. The company says that customers who preordered the extended-range version ($100 more for each model) will receive boards with standard batteries for now, so they at least get a free battery out of the delay. I wish I could speak to the experience of taking a Boosted board on a 14-mile ride, but I can’t just yet. I will say that it made a full loop from my apartment through Prospect Park and back, a trip that the old Boosted Dual+ always fell just under a mile short of completing.

There are some smaller cosmetic changes to the board that are harder to notice but worth noting. For one, there’s a set of five lights just under the power button which display the battery level, so you no longer have to use the remote to check the battery. The charging port cover is a bit easier to pop on and off as well.

Boosted has led the early pack of electric skateboard companies by providing, at a premium, the most polished experience on the market. The new Boosted board offers more of that polish. If you’re looking for a revolution in categories like range or weight, you’ll have to wait for whatever Boosted is working on next. A new board could (and hopefully will) bring inherently longer range, trim some of that weight — and maybe even knock a few hundred bucks off the price.