You’ve never seen or heard headphones like these before

It’s not often that you see a new pair of headphones that upsets the basic taxonomy of personal audio gear, but Audeze’s new iSine series is precisely that. The iSine 20 that I’m reviewing today are ostensibly in-ear headphones, but they also use planar magnetic technology from over-ear cans, and they’re roughly the size of on-ear models. So they’re the ultimate hybrid, and their alien appearance certainly speaks to their uniqueness. What has me really excited about the iSines, however, is that they don’t just look out of this world, they sound like it, too. 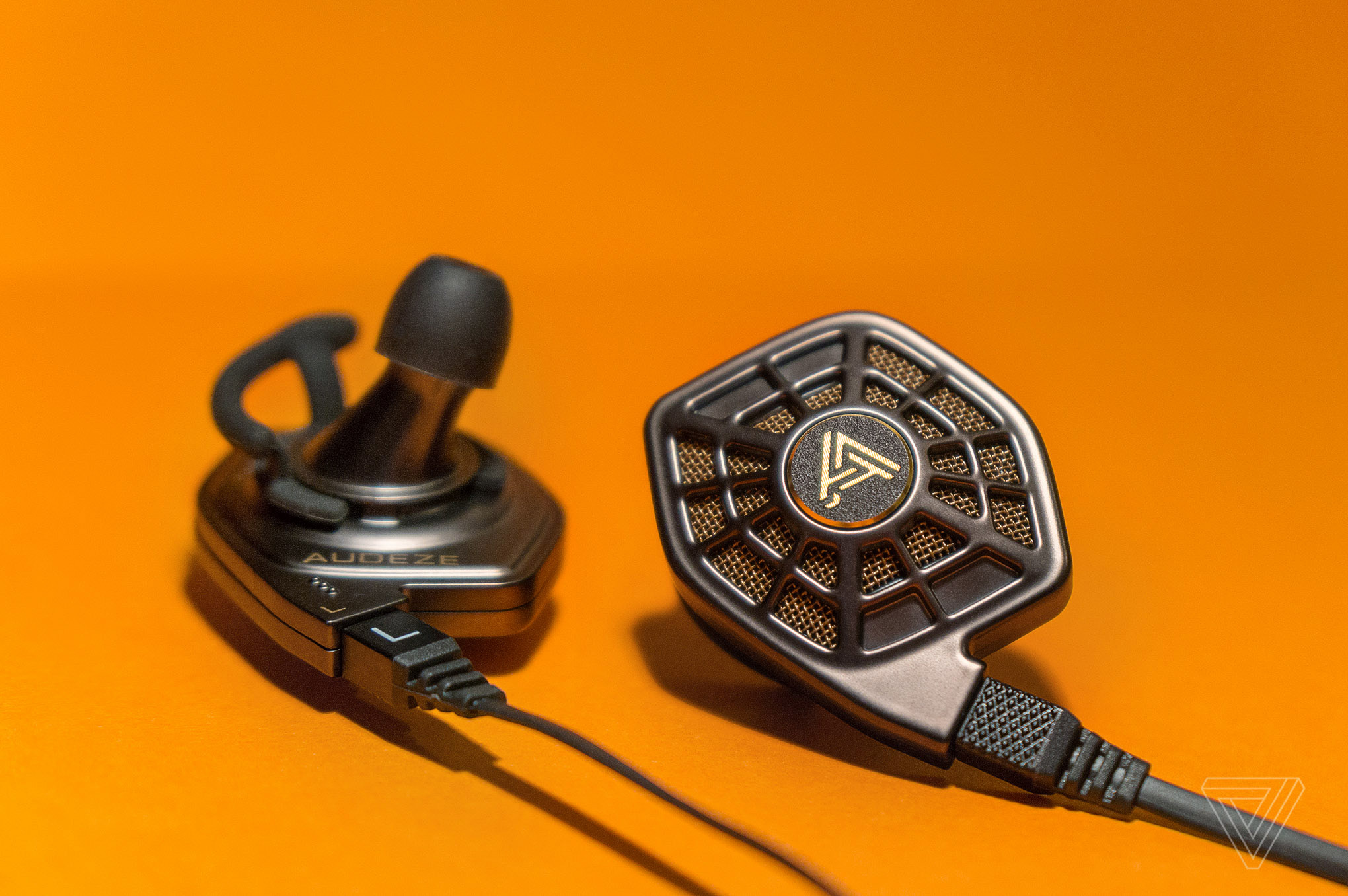 Let’s get the basics out of the way first: the iSine 20s cost $549 with a regular detachable cable or $599 with an additional Cipher cable that provides a Lightning connection for iOS devices and a built-in 24-bit DAC and amplifier. My review is based on the experience of listening to them without the extra Lightning jazz, because that’s the fairest way to judge the performance of the headphones themselves.

The process of getting set up with the iSines is... well, it’s a process. You have to discard all your usual expectations of easily portable in-ear headphones, because that’s not what these are. The vast protrusions emerging from the iSines house a 30mm (1.2-inch) planar magnetic diaphragm, which is basically an ultra-thin sheet that dances back and forth, generating sound waves that are then funneled into your ear. There’s no getting around the bulk of such a large sound driver, and Audeze hasn’t really figured out a design that makes the iSines easy to strap to the sides of your face.

Who doesn't like dressing up as a TIE fighter?

In the box, you get three sets of almost identically sized silicone tips, one shirt clip, a cleaning tool, and a 128MB USB drive with the iSine user guide. Two sets of over-ear hooks are provided, but I find myself most comfortable with the alternative plastic inserts that fit inside the ear cavity to stabilize each headphone. The over-ear stuff eventually makes my ears hurt, whereas using the headphones without anything holding them in place is an unstable proposition that leads to them falling out of my ears. With the plastic stabilizers, the iSine 20s rest lightly and easily inside the ear, and they can be worn for hours at a time, provided you don’t need to move around too much. 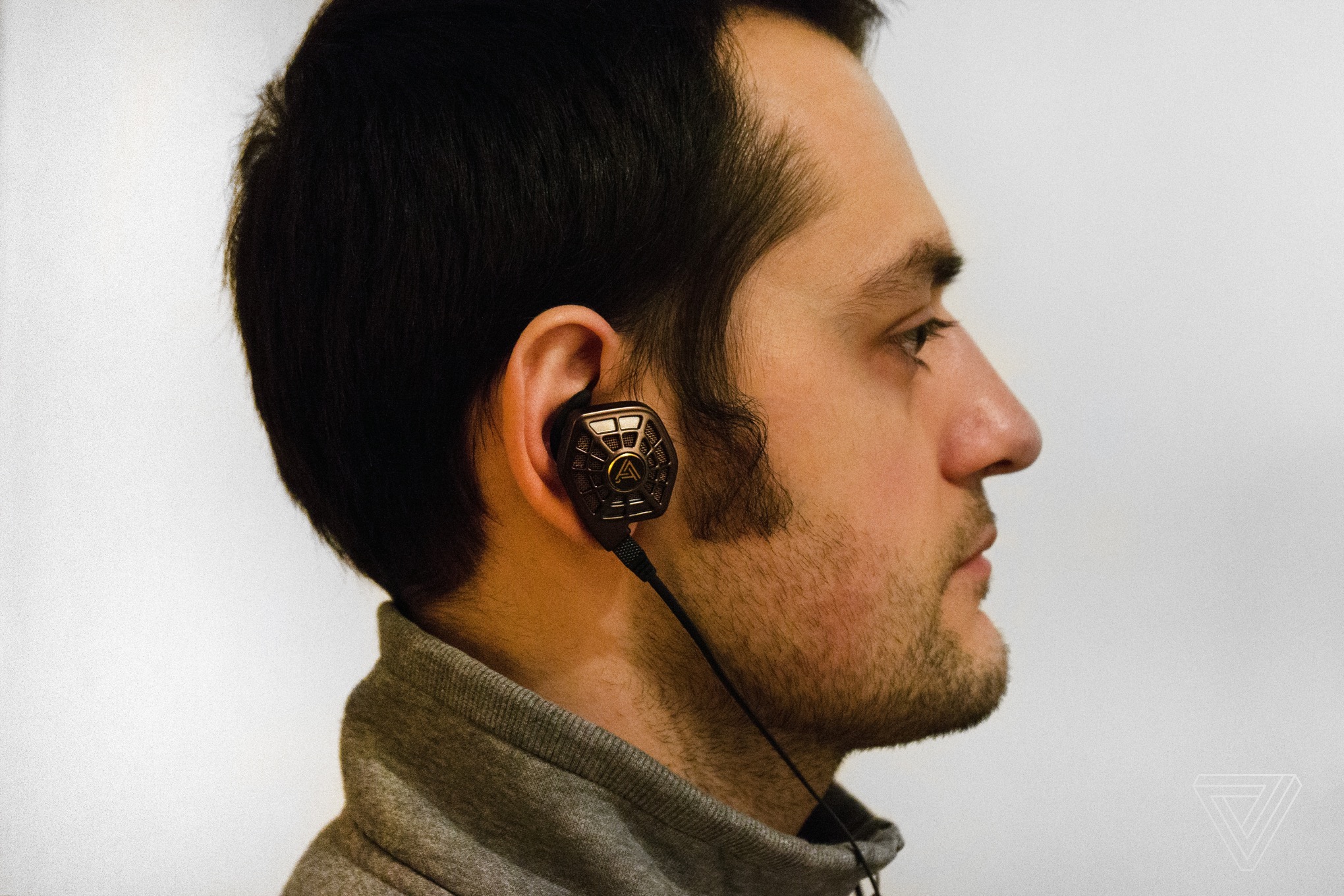 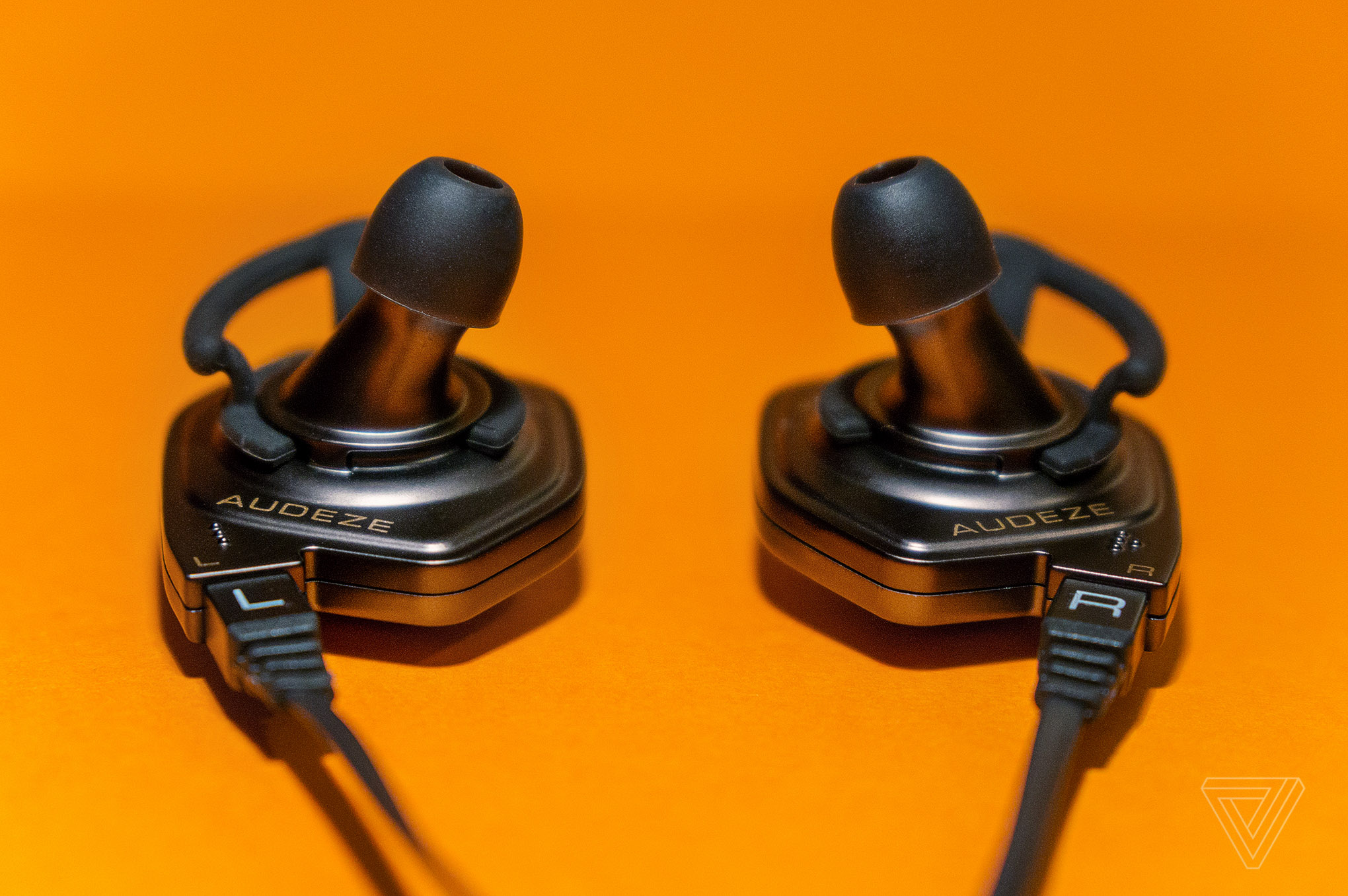 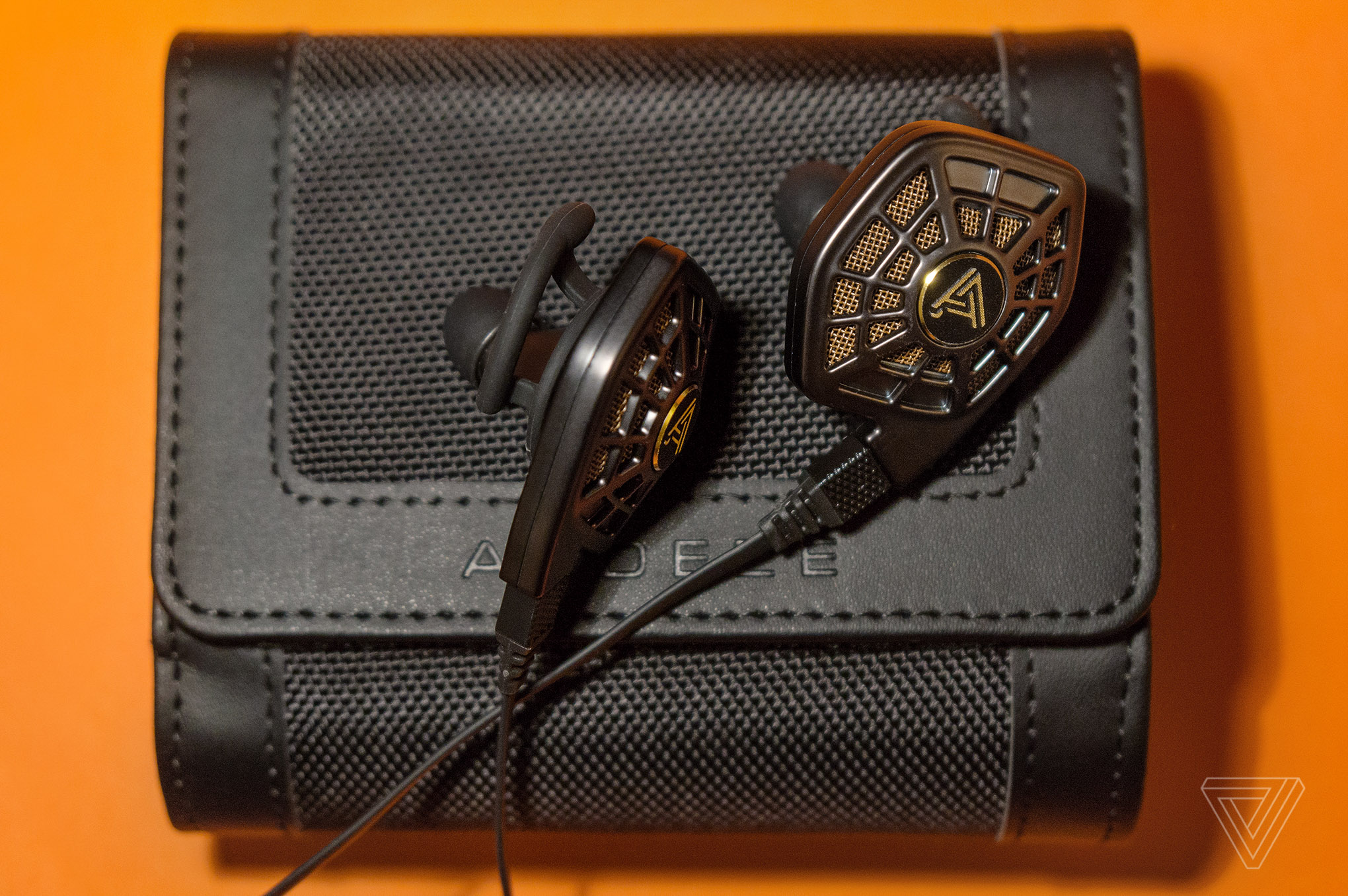 To minimize unwanted resonance resulting from reflections within the housing, the exterior of the iSines is semi-open — meaning they don’t insulate you from exterior noise very well and they leak some of their own sound out. Audeze provides a nice and rugged nylon case for these, but it’s quite bulky and doesn’t provide the same sort of impact or water ingress protection that a hard shell case would have done. Without the Cipher cable, you also don’t get an in-line mic.

The answer is easy: these are endgame headphones. Every audiophile will tell you that headphones are a deep and dark rabbit hole — one where every step is an accelerating descent into a mad obsession with minimizing distortion, perfecting frequency response, and realizing the most faithful sound possible. What if you could sidestep all of that? Skip the struggle, expense, and time investment of learning all about audio and just buy the headphones that you know have nailed it. I could offer you some examples that guarantee that, like the Focal Utopia, but they weigh about as much as a modern laptop and cost several times more. 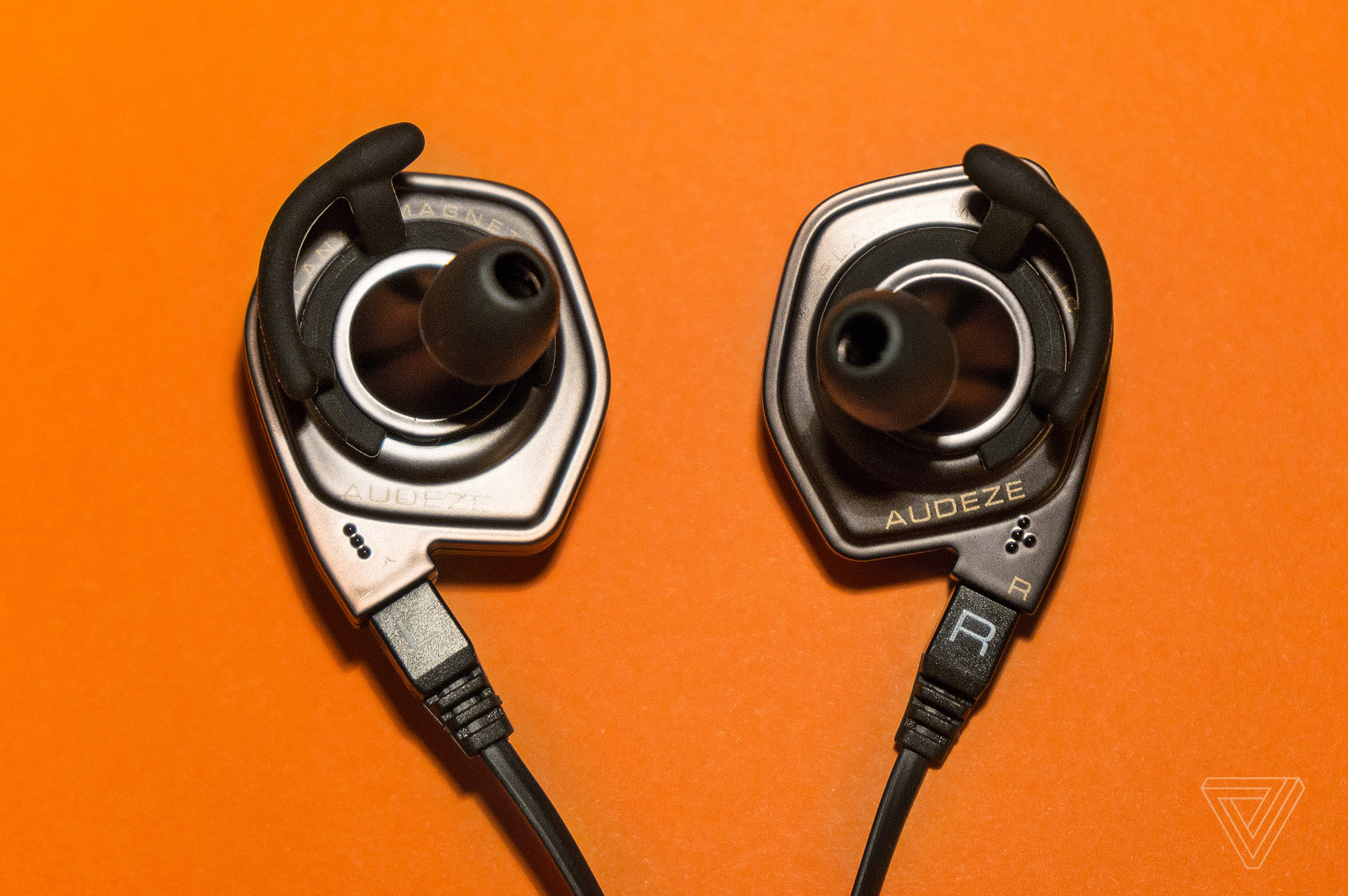 The Audeze iSine 20 are expensive and unwieldy by the standards of in-ear headphones, but they’re exactly the opposite when judged against other, truly high-fidelity headphones. If you want soundstage — the sensation of music and sound surrounding you; the feeling of distance, depth, and separation between the various instruments and sound sources — the iSines have it in abundance. They’re capable of incredible subtlety, projecting sounds so quiet and far away as to make me question where they were coming from. And these headphones are just as spectacular at high volume levels, where every note is full, convincing, and distortion-free. As far as human (or at least my) hearing is concerned, Audeze’s claim of "zero distortion" with the iSine 20 is a fully legitimate one. Their sound is faultless.

The iSines are technically brilliant and emotionally engaging

For those on a smaller budget, Audeze also has the $399 iSine 10, which aren't quite as life-altering as the 20s, but still deliver an expansive and satisfying sound that is light years ahead of most things you can plug into your ears. At CES this year, Audeze also introduced the iSine VR, which is the 10, but with cabling specifically tailored for virtual reality headsets.

There are many technically impressive headphones out there that are guilty of sounding, frankly, boring. The Oppo PM3s, which also use planar magnetic tech like the iSines, are the perfect example of that. These are better. Audeze’s own on-ear Sines and over-ear EL-8s are also surpassed, in my judgment, by their weird-looking younger sibling: the 20s are that extra bit purer and more realistic, and their bass feels fuller, warmer, and more satisfying that the $699 EL-8s can produce.

Good headphones are full of contradictions: the moment you expand the soundstage, you reduce the intimacy of a performance; when you add an extra kick of bass to bring dynamism in, vocals are pushed back; and amped-up treble frequencies give you the greatest sense of detail and airiness, but are also the most fatiguing to listen to. Audeze’s newest headphones balance all those spinning plates in a way that pleases both the critical listener and the casual music lover in me. They vastly outperform their price tag, high as it might be, and that’s what makes me willing to look past their impracticality.

If you want deep subterranean bass for artists like Aphex Twin or Feed Me, the iSines have it. Steve Reich’s orchestral and instrumental works also sound amazing. Rage Against the Machine’s eponymous album is revealed in all its detail and splendor. And genre-defying musicians like Björk finally have a pair of headphones that’s just as comfortable straddling a wide variety of styles. 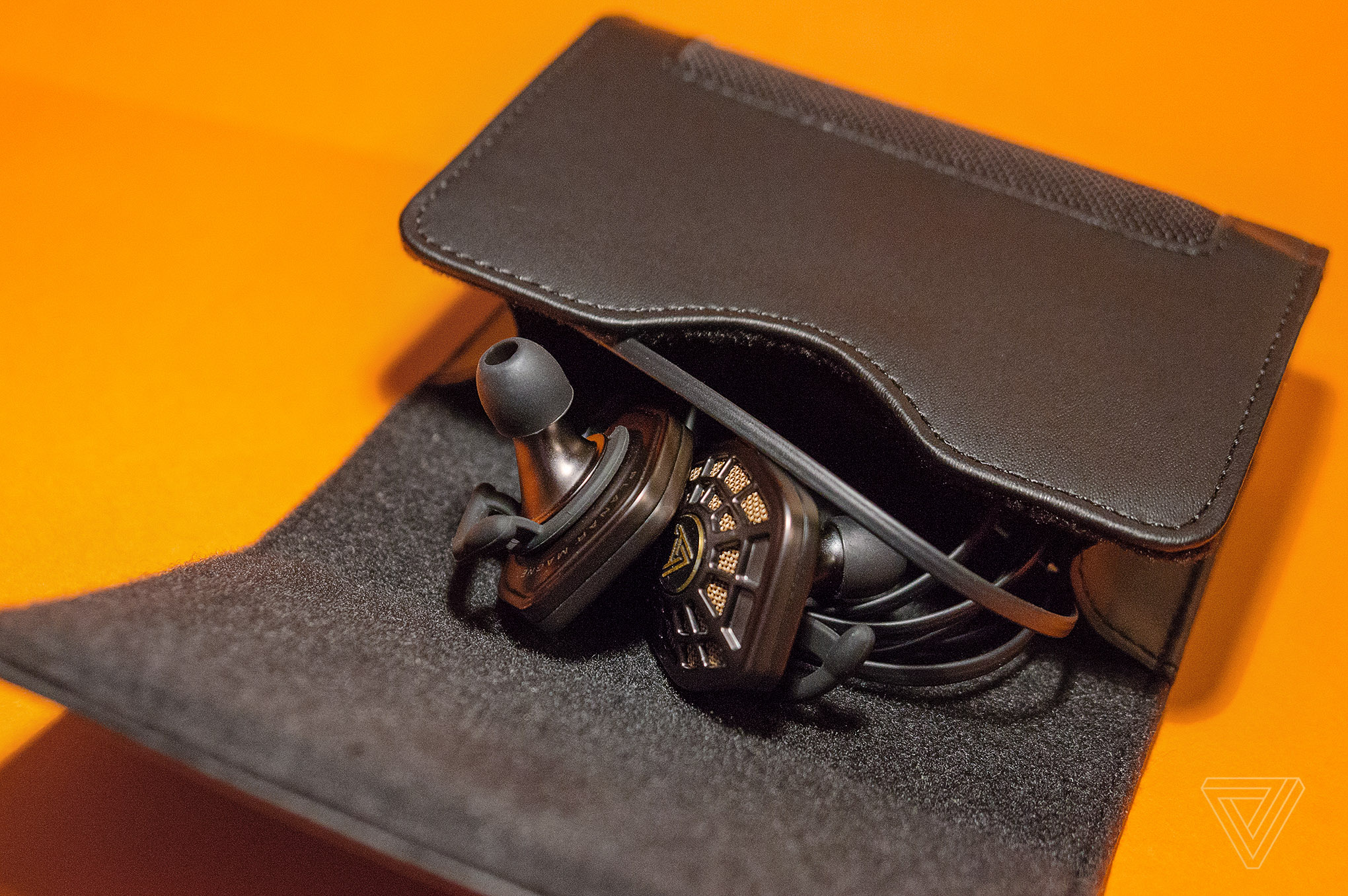 Recall the scene in The Matrix where Cypher cuts into a fine steak, masticates thoughtfully, and decides to betray all of humanity for what he knows is the synthetic illusion of a "juicy and delicious" meal. Headphones are kind of like that: most of them are like video game recreations of a musical performance, while the best among them approach a Matrix-like realism that's beguiling and enchanting. I think the iSine 20s are in the latter category.

These are not the headphones for every person or every occasion. But listening to them is, in itself, an occasion of the sort that everyone can appreciate.