Pioneer HDJ-X10 review: great for listening, terrible to DJ with

Share All sharing options for: Pioneer HDJ-X10 review: great for listening, terrible to DJ with

When I first heard about Pioneer’s new flagship HDJ-X10 headphones priced at $349, I called them over-engineered. What touring DJ actually needs headphones with a frequency response that tops out at twice the limits of human hearing? Not one, I’ll tell you. I’ve been a touring DJ for a decade, and I can tell you half of us have probably lost a chunk of high-end hearing range anyway from blasting booth monitors over the years. Now that I’ve used these Pioneer headphones for a couple of weeks, I still maintain the HDJ-X10s are over-engineered, but not in the way I expected: they sound too good to be useful DJ headphones.

Here’s what I mean: most DJ headphones have a nice boost in the upper bass and lower-midrange frequencies. They’re not entirely accurate, but it makes for an easier time when mixing songs live in a loud environment. Plus, robust bass just sounds nice. It’s what we all want when we’re in a club. Almost all the DJ-specific headphones I’ve had, from the V-Moda Crossfade LP2 to the Audio-Technica M50x exhibit some preference close to this, delivering kick drums that have oomph, and 808s with meat and character.

The Pioneer HDJ-X10 doesn’t play to these expectations. The model boasts a lot of firsts in the world of DJ headphones, including that range up to 40kHz (most high-end DJ headphones go up to 30kHz), and the ability to reproduce high-resolution audio. So... cool? But, who asked for that? This model also has a flatter low end than Pioneer’s previous flagship, the HDJ-2000, and punches up the highs. As a result, the HDJ-X10s wreak havoc on some bass-centric tracks that sound hearty on other headphones and most club systems. Do I need DJ headphones that expose every production flaw because they prioritize knife-like reproduction? I know it’s weird to argue for downgrading, but like anything else, consider the purpose.

The HDJ-X10’s precision comes at a cost

One “Bodak Yellow” bootleg I’m fond of that I’ve been including in DJ sets sounded like trash on the HDJ-X10s. I picked up on distortion in the 808’s attack, distracting sidechain compression on the vocal (a method where one element of a song temporarily lowers in volume to make room for when another element hits, like a drum), and when an upper-range bell melody kicked in, it was so bright, the spike in treble hurt. These are all things many other DJ headphones would compensate for. And, in a club, if that melody actually registered as too shrill on a system, I could adjust it on the fly with the mixer.

DJs play a lot of bootlegs and home-produced material that’s not perfect and will never pass through an engineer’s hands for mixing or mastering. Some of my favorite tracks to DJ are not technically well-made, but damn they get a crowd going. I know this “Bodak Yellow” bootleg pops when I play it live, but listening to it at home with the HDJ-X10s, all I can feel is my nose being pressed against every imperfection. It’s kind of depressing. On the plus side, this model’s draconian commitment to accuracy means songs that have gone through a professional rigmarole sound positively lush and radiant.

I took these headphones for a spin at The Mid, one of Chicago’s best nightclubs, twice. While DJing with the booth monitors on, the HDJ-X10s effectively swallowed kick drums and bass. Snares and hi-hats climbed out in songs instead, verging on sounding hot. I found I had to boost the headphone volume higher than normal, creating a vicious cycle of upping an already aggressive high end in order to hear the lows.

The flat low end is supremely apparent in loud spaces

In the noisy green room after one of these sets, packed with tipsy chatterboxes, another DJ motioned for me to hand the HDJ-X10s over, plugging them into his phone for a test. “Where’s the bass?” he said almost immediately. “These mids are too forward.” If the room were quiet, devoid of clinking glasses and voices pinging off walls, he would have heard some warmth. This is the frustration with the HDJ-X10s: they can be lovely when your environment is hushed, or when you’re listening to songs that have been made with every care. But the reality of where and how they’ll be used is in a very loud room with very loud people, most likely playing some songs that are victim to bedroom engineering. There’s a reason other DJ headphones hike the lows, and this is it.

As far as durability, you can twist and bend the HDJ-X10s without worry, like wringing out a wet towel. I did it for an audience of DJs the other weekend, and there were legitimate oohs and aahs. So, you probably won’t suffer a cracked headband or internally pinched wires, but that doesn’t mean you can just throw these in your backpack. There’s a detachable cable with a mini-XLR connector and a gorgeous flat carrying case; take the cue and treat them nicely, they deserve it. And that nano coating that’s supposed to make these headphones sweat resistant? After using these for two high-energy gigs I passed them off to a friend who sweats while DJing. A lot. As in, his headphones are infamously rank. (I won’t even touch them.) In a week he rinsed them through two sets, which is like, 20 normal person DJ sets if we’re talking about sweat. And, they still smell just fine! Points!

I’ve been trying to think of practical reasons a DJ might pick the HDJ-X10s over other headphones. Maybe they’re supposed to be the “one pair” a DJ packs with them, that they can also use to produce music with while on a tour bus or airplane, or provide on-the-go feedback for mixdowns and masters. But, all roads lead back to DJing. That’s what these are made for, right?

Ultimately, there’s two primary things I want in a pair of DJ headphones: nice, rounded and full lows and low-mids, and durability. The HDJ-X10 hits one of these, but not the other. In an ideal world, I’d take the model one step down: the X7s, which mimic the sound of Pioneer’s HDJ-2000s, and combine them with the X10’s nano coating. Alas, the sweat-resistant magic is only available with the $349 X10s, leading to an untenable choice. I’d pass on Pioneer’s X10s at that price, and scoop one of the cheaper models — the X7 or X5. You won’t get the nano coating but you’ll save at least $150, along with your ears while in the DJ booth.

Our review of Pioneer HDJ-X10 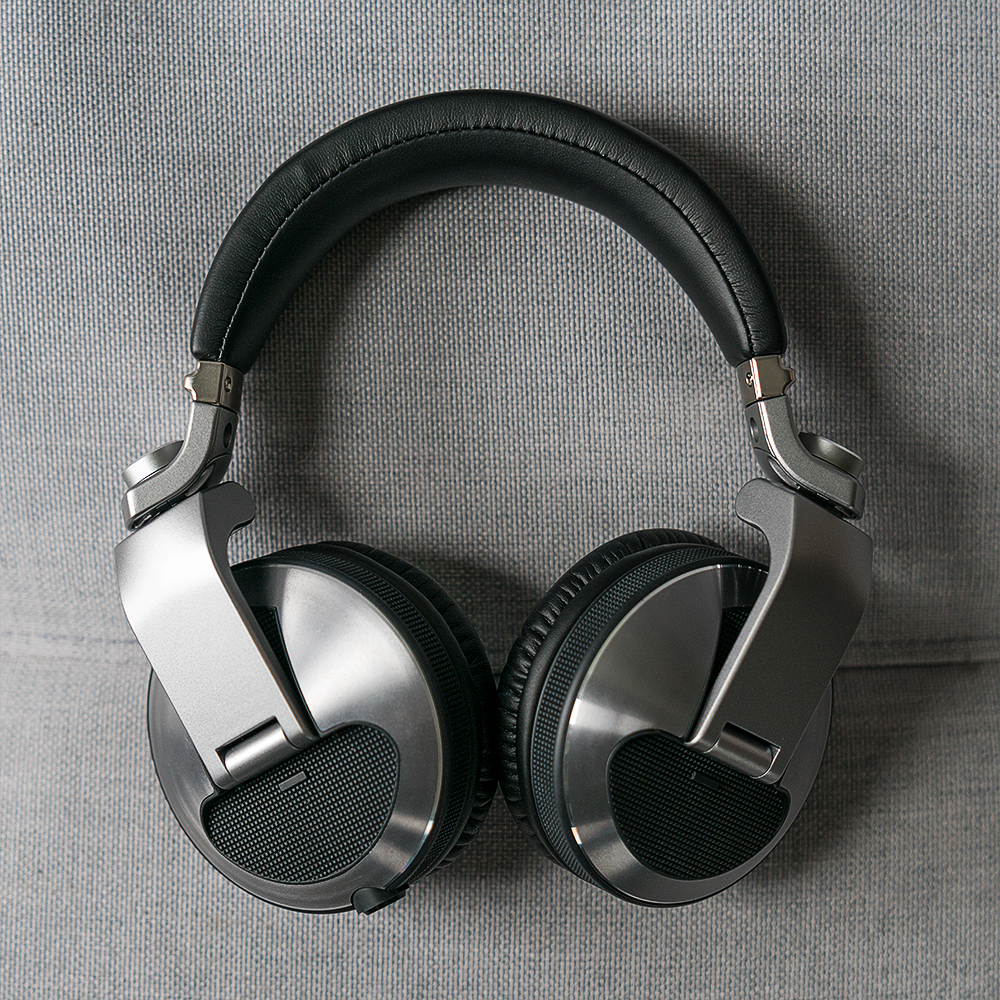