Great for Apple users, mediocre for everyone else

Whenever you hear or read the word “wireless,” it’s most often followed by the word “freedom.” Wireless freedom. That’s what we are promised by headphone makers, wireless charging evangelists, and even gaming mice specialists. The shedding of wires has always been a literal and symbolic liberation of the user from a layer of technological friction. Almost always.

We’re now living in the sort of topsy turvy world where the latest wireless tech actually locks us in more than it frees us. Say hello to the $350 Beats Studio 3 Wireless, the latest update to the Beats line to feature Apple’s superb W1 wireless chip as well as newly upgraded noise canceling. They work fantastically well with other Apple products — seamless syncing, stable Bluetooth connection, long battery life — but only with other Apple products. Try using them with a Google Pixel, a Chromebook, or a Windows PC, as I did, and you’ll find most of their strengths diminished. As my colleague Nilay Patel wrote recently, the future of headphones is shaping up to be a realm divided by the wireless tech that was once our liberator.

The big challenge of assessing the Beats Studio 3 is that they’re two fundamentally different pairs of headphones depending on whether you have them hooked up to an iPhone or an Android device. But before I get to those performance matters, let’s look at the universal aspects of comfort and design.

Whatever color of Beats headphones you choose, even the murdered-out black-on-black option, they’re still unmistakably Beats headphones. This over-ear Beats Studio 3 model shares an obvious design affinity with the smaller and less expensive on-ear Solo range, though it classes things up a little with matte rather than glossy finishes. In terms of materials, plastic rules supreme, as it always has done with Beats headphones. But take note: not all plastic gadgets are terrible, and the old reputation of Beats headphones for being poorly constructed exercises in selling crap through branding are long gone. As with the Solo 3 I reviewed last year, the Studio 3 provide decent build quality that should stand up to a reasonable amount of abuse.

The one major downside to the Studio 3 design is wind noise. Noise-canceling headphones are supposed to be all about ensuring tranquility and an escape from the world around you, but I found a consistent (and disruptive) wind noise coming in from the outside on windier days in London. The only solution to overcome this is to turn your head sideways, which may or may not be a viable option.

Close to the Studio 3’s $350 price are the $400 noise-canceling Bowers & Wilkins PX that I just reviewed and loved. The PX are vastly superior to these Beats cans when it comes to construction durability and quality of materials, but the Beats advantage is a collapsible design. You can fold the Studio 3s into themselves and tuck them into the nice, hard-wearing pouch that Beats provides. I find that setup a lot more portable and straightforward than the less flexible B&W alternative. But then Beats faces up to yet another formidable rival in the shape of the $350 Sony 1000XM2, the successor to the critically acclaimed 1000X. The 1000XM2 also collapse down, and they have a more rigid case, and they have superior noise canceling.

The Studio 3s have a cozy and comfortable feel and can be worn for extended listening sessions. Not everyone will love the way they make contact with the entire ear — the B&W PX, for instance, wrap snugly around the ear, making more contact with the head — but there’s a purpose behind this design choice. The Studio 3s have a ton of passive noise attenuation, which is to say that even when wearing them on your head without any tech being active, they do a good job muffling external sounds. This close contact also means they function a lot like simple ear muffs — which is brilliant in cold winters and kind of a nightmare in the summer heat.

If you’re comfortable with the greater intimacy of the Beats 3 design (and undaunted by visions of sweaty summer listening), there’s really very little to fault about these headphones’ fit. They don’t cause any uncomfortable hotspots of pressure at the top of the head, their headband is easily adjustable and doesn’t create unsightly divots in your hairstyle, and their weight of 260g (9oz) makes them effortlessly portable. I’m also a fan of the simple control scheme on the left ear cup: it has just three buttons, two for volume adjustment and one for pausing and skipping between tracks.

The W1 wireless chip is the hero and the villain of the Beats Studio 3 story. Without it, these headphones are at best a marginal upgrade over their predecessor. But with it, they join the ranks of wireless accessories that simply sing when plugged into the Apple ecosystem. Syncing with an iPhone? Instant. Syncing with an iMac? Close to instant. Playing back music from iTunes? You can remotely control it with the Studio 3. Because, of course, why wouldn’t things be so sweet and seamless?

But if you’re not a total Apple acolyte what you get is a fresh compendium of unnecessary headaches. I’ve been testing the Beats Studio 3 with my usual set of gear, which presently consists of a Pixel 2, a Chromebook Pixel 2, and a selection of Windows PCs alongside my iMac. With each non-Apple device, I had a hell of a time getting the Studio 3 to just show up as available for pairing in the Bluetooth menu. And, you know it, the actual pairing process was only successful about half the time.

The same iMac where iTunes operation is nice and straightforward with the Beats Studio 3 is also the stage of my great frustration when trying to listen to Spotify or Tidal. The Studio 3 controls default to iTunes, so more than once I’ve wanted to stop a Tidal track, pushed the button on the headphones, and launched iTunes instead. It’s like Apple is actively hostile to anyone not subscribing to its complete set of provided apps and services.

My biggest quarrel with the Beats Studio 3, though, comes with respect to their Bluetooth performance. There’s a Class 1 Bluetooth radio inside these headphones, which is the sort that consumes more power to ensure a stronger connection, but that meant nothing when I was using them with the Pixel 2. I had repeated and persistent dropouts while traveling with the Studio 3 on the London underground. I know for a fact the Pixel 2 is not the problem, because I used the same device with the Bowers & Wilkins PX, and I was impressed by just how far Google had advanced its Bluetooth performance over the original Pixel. The problem is simply that Apple doesn’t care to support this usage scenario. It wants you hooking up to iPhones and iPads, where the Studio 3 wireless connection is flawless. Another downside for wireless enthusiasts: the Beats Studio 3 don’t support advanced codecs like Qualcomm’s AptX HD, which is supported by the Bowers & Wilkins and Sony rivals to these headphones. It’s all Apple, and only Apple.

Battery life follows a similar trajectory to the above. It’s supposed to hit a satisfying 22 hours when connected to iOS devices with noise canceling on, or as high as 40 hours with the noise canceling disabled. I didn’t get anywhere near that with my Android devices, reaching probably 12 or 14 hours before needing to charge back up. Oh, and the joys of charging this Apple peripheral with a MicroUSB cable. Apple, the same company that haughtily declared the headphone jack obsolete on phones, persists in shipping Beats headphones with the decidedly retrograde MicroUSB port on them. Right now, I can use the same charger to refuel my MacBook Pro, Pixel 2, and Bowers & Wilkins PX, but if I actually went all in on Apple’s ecosystem, I’d need three different cables.

Sound quality is usually the all-important thing with headphones, but that’s not really the case with noise canceling sets. What you’re looking for with them is something that’s good enough, something that conveys and the emotion and the impact of the music without worrying too much about its purity or realism. Even the B&W PX, my current pick for best-sounding noise-canceling cans, feel quite harsh and less than optimal when listened to in a quiet environment. Within this context of low expectations, the Beats Studio 3 perform adequately.

I’d characterize the Studio 3 sound as bottom-heavy and quite bloated. It’s like the mid-range has sagged down into the bass, and a lot of tracks lose the refinement of their recording in the process. I’m especially unimpressed with the quality of female vocals, such as in Halsey’s “Heaven in Hiding.” There’s a lack of fullness and finesse, it’s all rather clumsy and brutish. But here’s the thing about that: most of the finesse that I care about wouldn’t be meaningfully detectable in a noisy environment anyway, so you can’t criticize Beats too heavily for its choice of tuning.

The thing I found pleasing about the Beats Studio 3 is that they still carried through the dynamism and emotive nature of the music. Listening to Kanye West’s Yeezus while commuting on the bus, I couldn’t help but feel like these headphones were designed specifically for that task. Hell, they probably were. If you’re into hip hop and heaving electronic bass lines, if you don’t care much for high-end extension and sparkling highs, these headphones will serve you well. I still consider the Bowers & Wilkins PX a clear leader in terms of sound quality and musicality among noise-canceling sets, but these Studio 3 cans hold their own rather decently. I actually find them more emotionally engaging than the Sony 1000XM2s, which may sound like sacrilege, because the Sonys have a more precise and composed tuning, but that’s just how I feel. (More on that in the Sony 1000XM2 review to come).

As to the Beats noise canceling, it’s fine, but it doesn’t rise above that. When you don’t have anything playing, it’s a distractingly loud white noise, though when you do it obviously disappears along with most other things in your environment. I think Sony has hands down the best and most effective noise canceling tech at the moment, and the Beats Studio 3 don’t really rival it. I can hear a lot more of the train noise on the London underground with the Beats headphones than I can with the Sony alternative. Even so, drowning out the hubbub of an open-plan office or some other simple task shy of taking a long-haul flight is no problem for the Beats cans.

The Beats Studio 3 are the most prominent example to date of a pair of headphones that is dependent on the ecosystem it’s in to perform at its best. I don’t like it, but I think this trend will continue and deepen over time as smart assistant integrations become more common and worthwhile things to have.

If all the gear in your life is made by Apple, these are an uncomplicated purchase decision. I’d buy the Studio 3 just for the W1 ease of wireless use, which really is the ultimate solution for the vast majority of our chronic Bluetooth connectivity problems.

If you happen to use an Android phone or a bunch of Windows PCs, the proposition becomes much trickier. Beats wins on practically none of the major parameters of comfort, design, or performance. It’s decent in all, but without the W1 augmentation, it’s a master of none. I can’t recommend the Studio 3 to anyone outside the Apple ecosystem, and that’s as uncomplicated as my recommendation for those within it.

Our review of Beats Studio 3 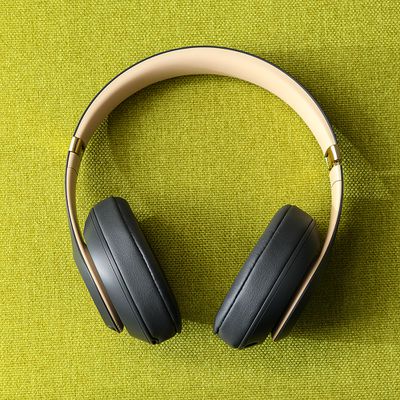