Google has added another North American region to the growing list of countries where its Chromebooks, and associated Chrome OS, are dominating the educational technology sector. That’s according to a Futuresource analysis, which shows that sales of Chrome-branded devices to educational institutions across Canada’s K-12 schools have hit a new growth peak of 43-percent. 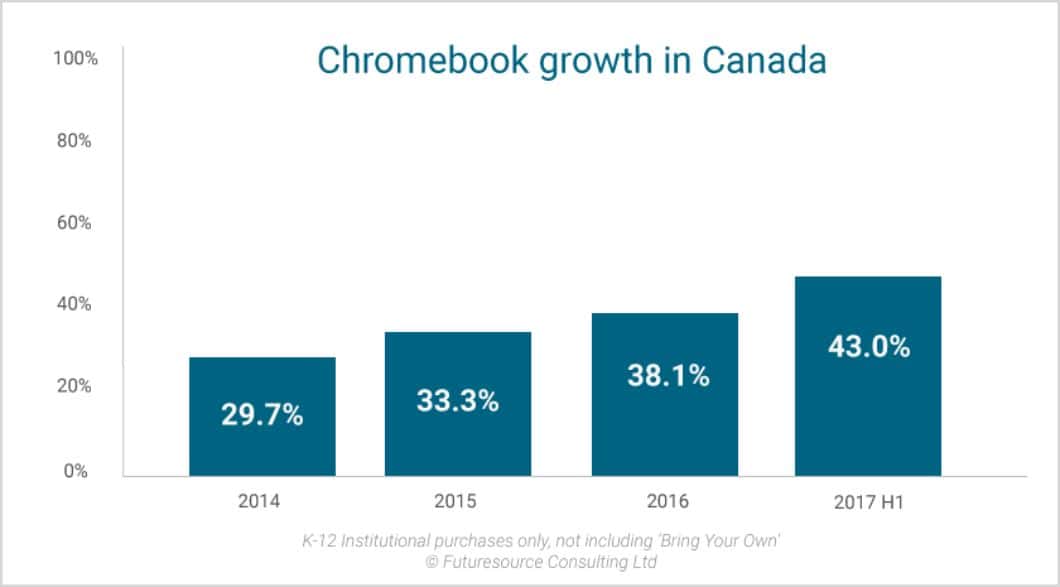 The search giant's education-focused OS and software have also grown in the U.S. - where Google's Chrome devices claimed 58-percent of the market as of the last report in 2016. Additionally, Google holds a majority portion of the overall market in both New Zealand and Sweden.