Cast your mind back to the 2016 Consumer Electronics Show. Amidst the superficial glitz and glamour of Las Vegas, Samsung showed off its 2016 television lineup. Invocations of 4K, SUHD, and HDR spewed forth from Samsung's marketing team in an effort to wow the popular press. The press dutifully regurgitated the manifold press releases, noting release dates and prices that were yet to be determined, and adding the occasional nugget of context where necessary.

Samsung did one other thing to try to sell TVs in 2016. They said that all of their 2016 SUHD TVs would also function as hubs for Internet of Things (IoT) devices. Where previously customers would have to buy a separate hub device to utilize Samsung SmartThings devices in their home, now they could just plug a free dongle into the back of their TVs.

Consumers' dreams of being able to make their TV do things around the house appeared yet another step closer. Offering this technology seems like a perfectly logical step along the road to making homes smarter; TVs had been getting smarter for years, integrating video streaming and web browsing, so making it so they could turn the lights on and off was only a small leap of innovation. All you'd need was that little USB stick.

Samsung did not just suddenly decide to market its TVs as IoT hubs in 2016. Their CEO had announced at the previous year's CES that all of their TVs would be IoT enabled by 2017.

Samsung was making a concerted play for the IoT market, and their status as a TV manufacturer gave them a distinct advantage over the competition from Apple, Google, and Amazon. Not everyone is comfortable with yelling "OK Google" or "Hey Alexa" at a disembodied virtual assistant, but everyone is used to pushing buttons on their remote control. Add that to the visual feedback enabled by the TV, and Samsung's IoT play looked like a winner. No pulling out your phone, no magic code-words to remember; just click the buttons on your remote like you did in the old days. It sounds like a great idea. Too bad Samsung decided to kill it.

You can't actually find an official press release from Samsung saying they're no longer going to make their TVs into IoT hubs. The SmartThings Extend, the USB dongle that would have enabled TVs to work as hubs, did apparently have a beta program, but that seems to have ended long ago. The best clue to the fate of the SmartThings Extend emerged in the last couple weeks as Samsung released the SmartThings Link for the Nvidia Shield TV. 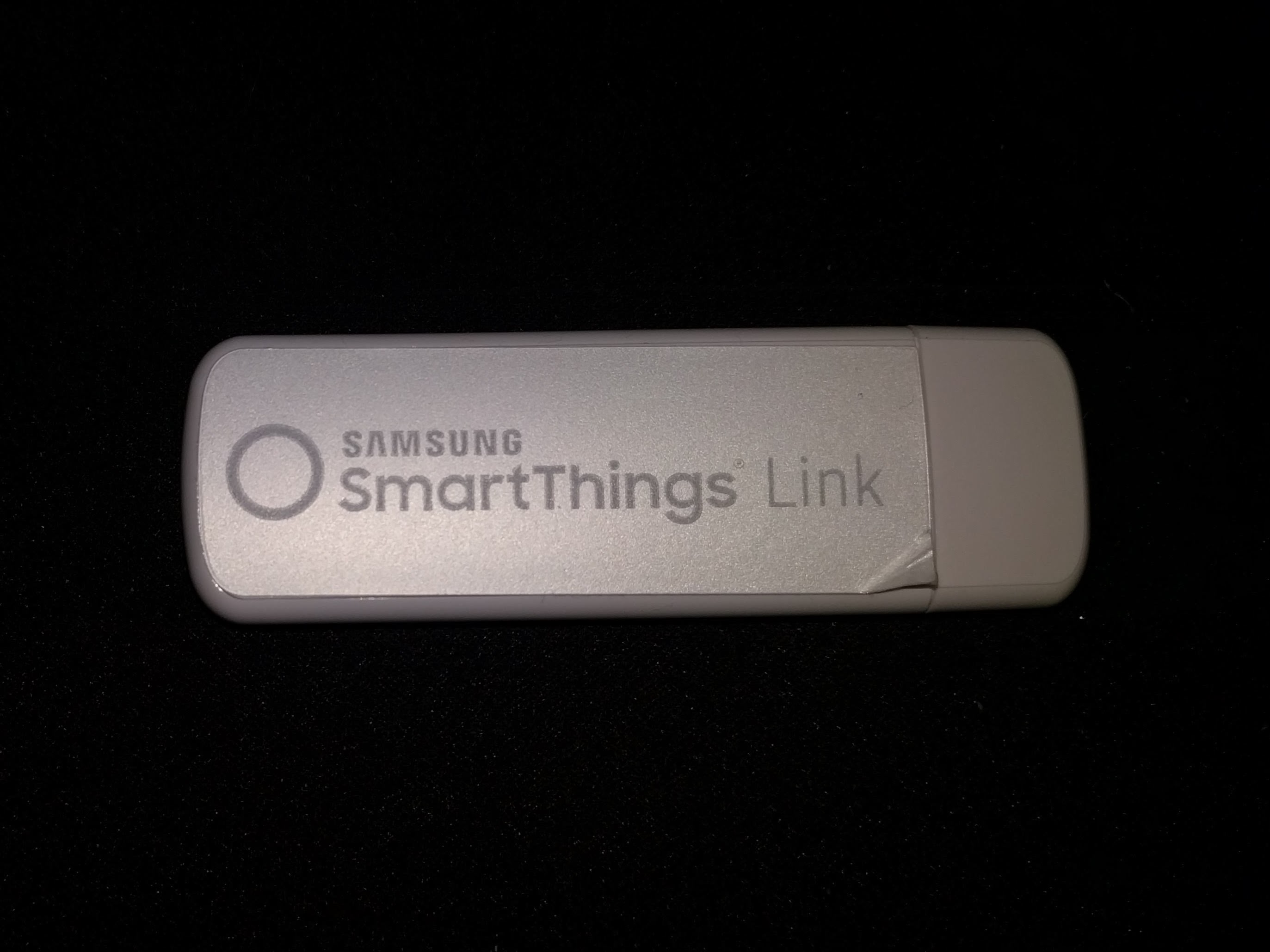 The Link enables the Nvidia Shield TV to act as a SmartThings hub, just as Samsung promised its 2016 TVs would. I was intrigued, and I bought one to use with my Shield. It does indeed do what Samsung promised way back in 2015, turning my lights on and off and letting me view my cameras. It's pretty cool. But there was something nagging me about the appearance of the dongle. There was a sticker on the front that seemed out place. After peeling the sticker off, I was greeted with the sight of a SmartThings Extend. 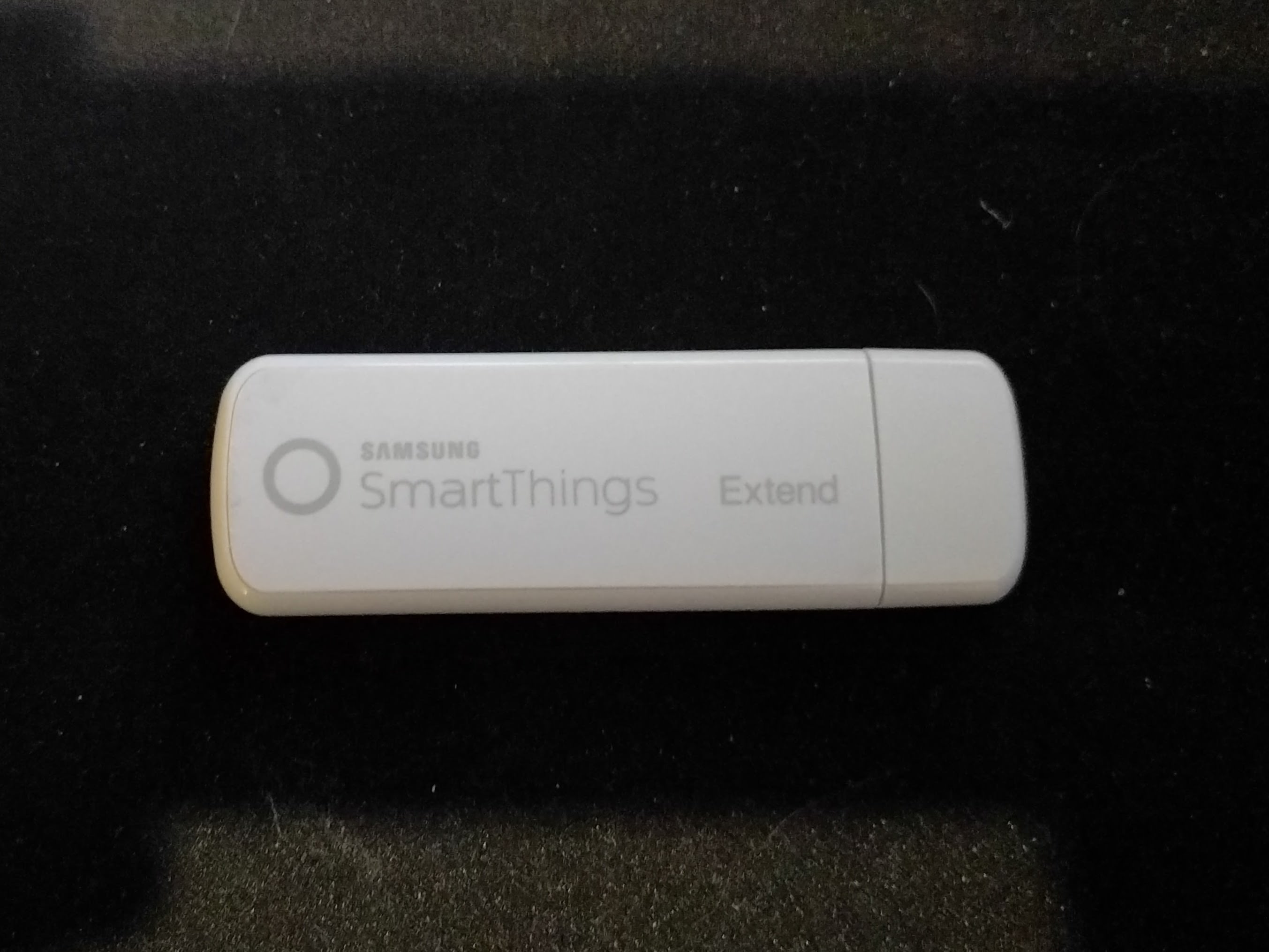 Maybe people got more comfortable yelling at virtual assistants, or maybe Samsung decided it just didn't make sense to include an IoT hub in their TVs. Personally, I think the prospect of having to issue software updates on years-old TVs to support a tertiary function just didn't make sense to Samsung's bean-counters. For whatever reason, Samsung decided to re-brand the Extend as the Link and remove TV integration.

Weirdly, if you do plug a Link into a 2016 Samsung SUHD TV, it will recognize the device as an Extend and try to start the SmartThings app. 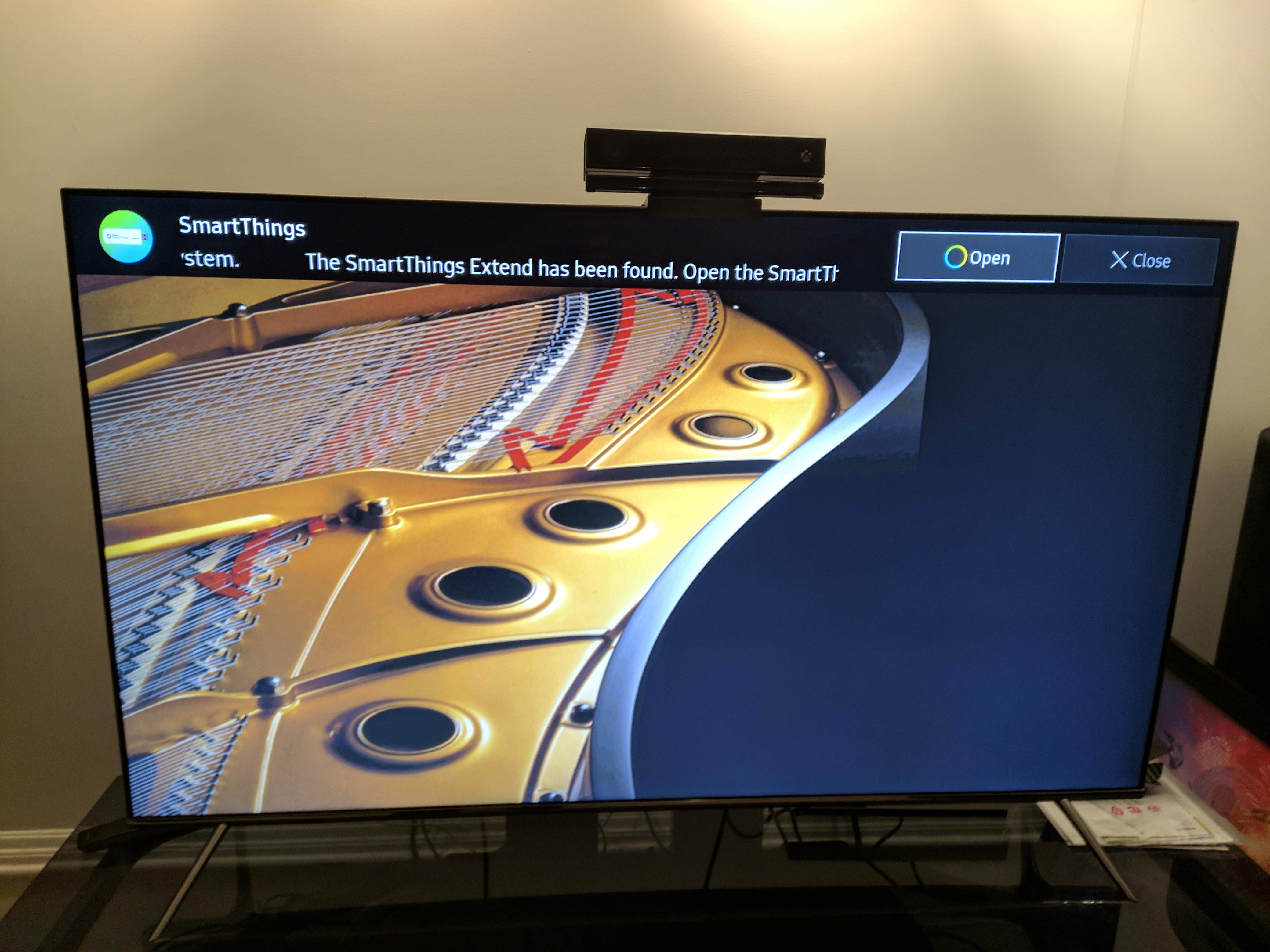 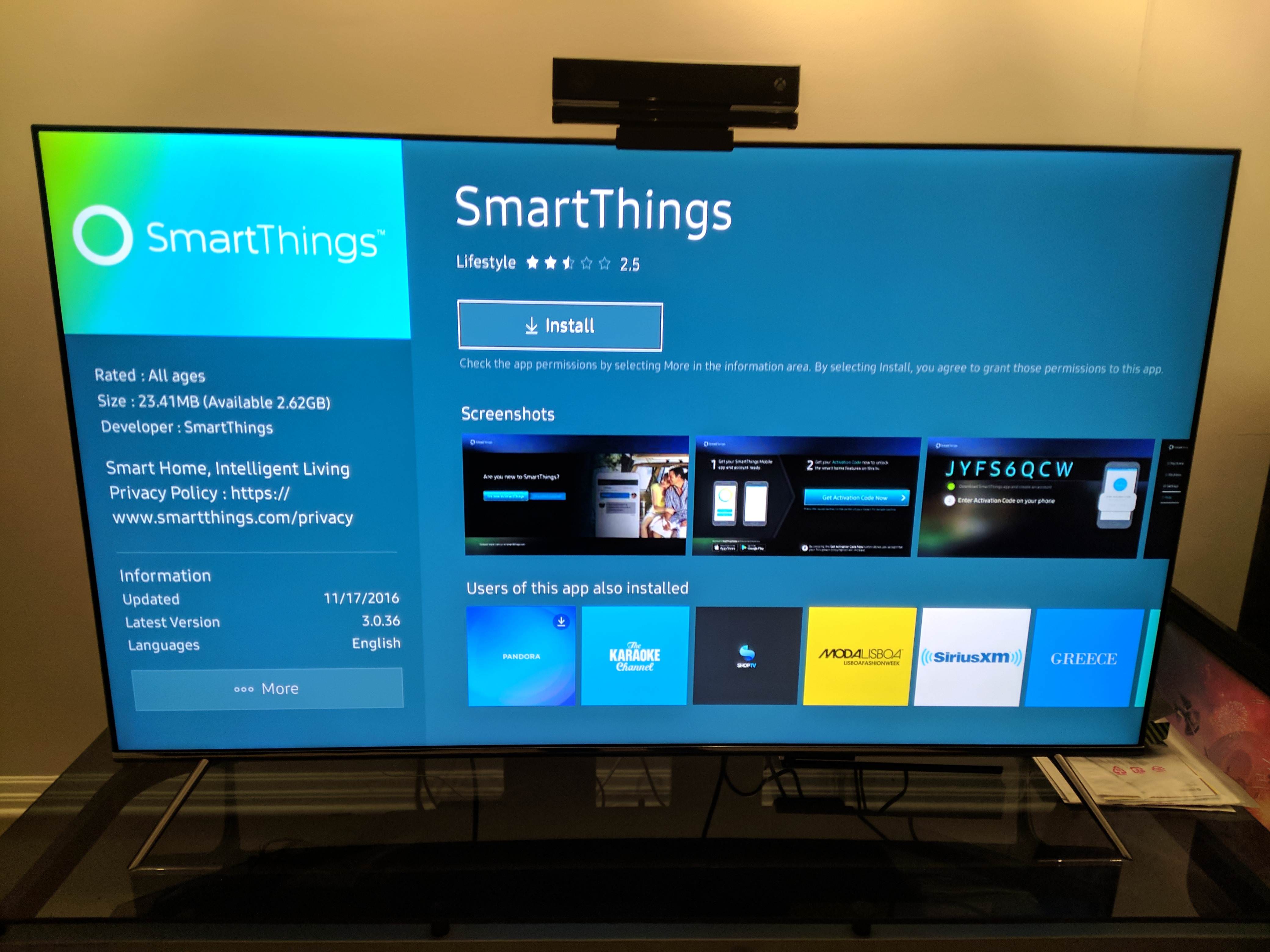 Based on the Shield experience, the hardware works fine, and the software for Samsung's TVs seems to have reached a fairly advanced point of development. That just makes it all the more galling that Samsung decided to drop SmartThings from TVs. It seems they were so close.

Of course, Samsung is still promising that their TVs are all going to be smart TVs, even doing so in the middle of the IoT portion of their 2017 CES keynote. The casual absence of any actual IoT features in those "smart" TVs, after 2 years of Samsung execs promising to deliver them, seems to have gone unnoticed by the press. Even well-regarded media outlets have neglected to follow-up on Samsung's failure to deliver on their promises in the TV space, despite having reported the original claims.

Samsung is extremely unlikely to face any legal consequences from their failure to deliver SmartThings integration to TVs. The feature had never been active, so this is not like the case of Sony removing Linux support from the PS3. I would argue that there is a case to be made that Samsung sold some 2016 SUHD TVs based on false advertising, as some purchasers may have bought the TV on the expectation that it would function as an IoT hub after a future update (Disclosure: my father, against my advice, bought a 2016 Samsung KS8000 on exactly this basis, during Best Buy's 2016 pre-Black Friday sale. My cheaper Vizio is still better). Of course, expectations are not reality, caveat emptor, etc. If I had to prescribe a remedy for such a legal action, I'd say that Samsung should have to provide an Nvidia Shield TV and SmartThings Link to all purchasers of 2016 SUHD TVs. That's the only way available at present to deliver the experience they promised in product demos. But I'm not holding my breath on that one.