Dell’s latest XPS 13 is fast, nimble, and kind of stale

Dell’s tiny laptop has had a good run, but it’s time for something new

Share All sharing options for: Dell’s latest XPS 13 is fast, nimble, and kind of stale

When Dell first introduced its redesigned XPS 13 laptop nearly three years ago, it kicked off a renaissance in laptop design. Dell proved that you could have a full-size, 13-inch display in a computer that’s as compact and portable as an 11-inch model. Nearly every other laptop maker has followed down this path, and now there are a lot of laptop options with trim bezels and small footprints.

In the years since this design debuted, Dell has updated the XPS 13 numerous times, bestowing it with processor upgrades, adding new port types, and removing others. It even extended the design to a larger model, the beefy XPS 15, which packs a very powerful computer into a surprisingly portable package, and a 2-in-1 convertible take.

But what Dell hasn’t done is address many of the flaws of the original XPS 13. I’ve been using the latest model, which starts at $799 and comes equipped with Intel’s eighth-generation processors. By most accounts, it’s a great computer. But it also feels like a swan song for this design, which is perhaps ready to be put out to pasture.

Let’s start with the good: even though Dell’s tricks of slimming down the display bezels have been copied countless times over, the XPS 13 is still one of the most compact computers you can buy. It makes my everyday driver, the Surface Laptop, feel like a surfboard at times. It takes up such little space in my bag that I almost feel like my bag is bigger than it actually is.

The model I’ve been using has a bright, high-resolution (3200 x 1800) touchscreen display, a fantastic keyboard that’s a joy to type on, and a Windows Precision trackpad that’s smooth and easy to use. To the left of the trackpad is a fingerprint scanner that makes logging in quick and painless (if not quite as easy as the face-scanning systems other laptops offer).

Despite the small size, the XPS 13 still fits in two full-size USB ports, plus a USB Type-C Thunderbolt 3 port. There’s even a full-size SD card slot, which is such a rarity on computers of this size in 2017 that I almost wonder if it’s a mistake. (It’s not, and it’s wonderful.) Perhaps my favorite part is the battery meter on the left side that lets you check the status when the computer’s lid is closed.

Inside, Intel’s eighth-generation Core i7 processor (paired with 16GB of RAM in my test unit) is both powerful and power efficient. Just like we saw with the similarly equipped Yoga 920 from Lenovo, this XPS 13 can handle basically any task I have with ease, and does so quietly and coolly. It’s also able to last through an entire eight- to 10-hour workday with ease, which, while a far cry from the “up to 22 hours of continuous use” that Dell claims, is still good enough for me.

But even though the Dell has more than adequate performance and battery life, a lovely display, and great keyboard and trackpad, the whole package feels a bit stale at this point. It starts with the overall dense feeling of the computer: though it is extremely compact, the XPS 13 is not the lightest laptop you can get, and it’s not the thinnest either. It feels solid and heavy in ways that other computers don’t, even if it’s only a few ounces heavier on the scale.

And then there’s the placement of the webcam, which is something I disliked when I first used this computer three years ago and can’t stand today. To recap, the XPS 13’s front-facing camera is positioned to the lower left of the display. That enables the border above the display to be very trim, but it results in an unflattering, up-the-nose perspective from the camera on video conferences. To make things worse, if I’m typing on the keyboard, the camera sees my fingers in its frame, which is distracting to both me and the person I’m conferencing with. Other manufacturers, such as HP and Microsoft, have been able to put the front camera above the display and still maintain a slim bezel (and even include Windows Hello compatible face-scanning features), so it’s frustrating that Dell has stuck with this clearly inferior design.

If I’m being perfectly honest, there’s so much to like about the XPS 13 that if Dell had simply moved the webcam to where it belongs and done literally nothing else, I’d ignore the stale-feeling design and dense weight and proclaim that this is the best Windows computer to buy. But unless you really need that full-size SD slot or never use the webcam for conferencing, there are too many other options that do what the XPS 13 does just as well.

The XPS 13 deserves a place in laptop history for what it accomplished: making laptops smaller and more portable than ever before. But perhaps now it’s time for Dell to look to future and reinvent itself again. 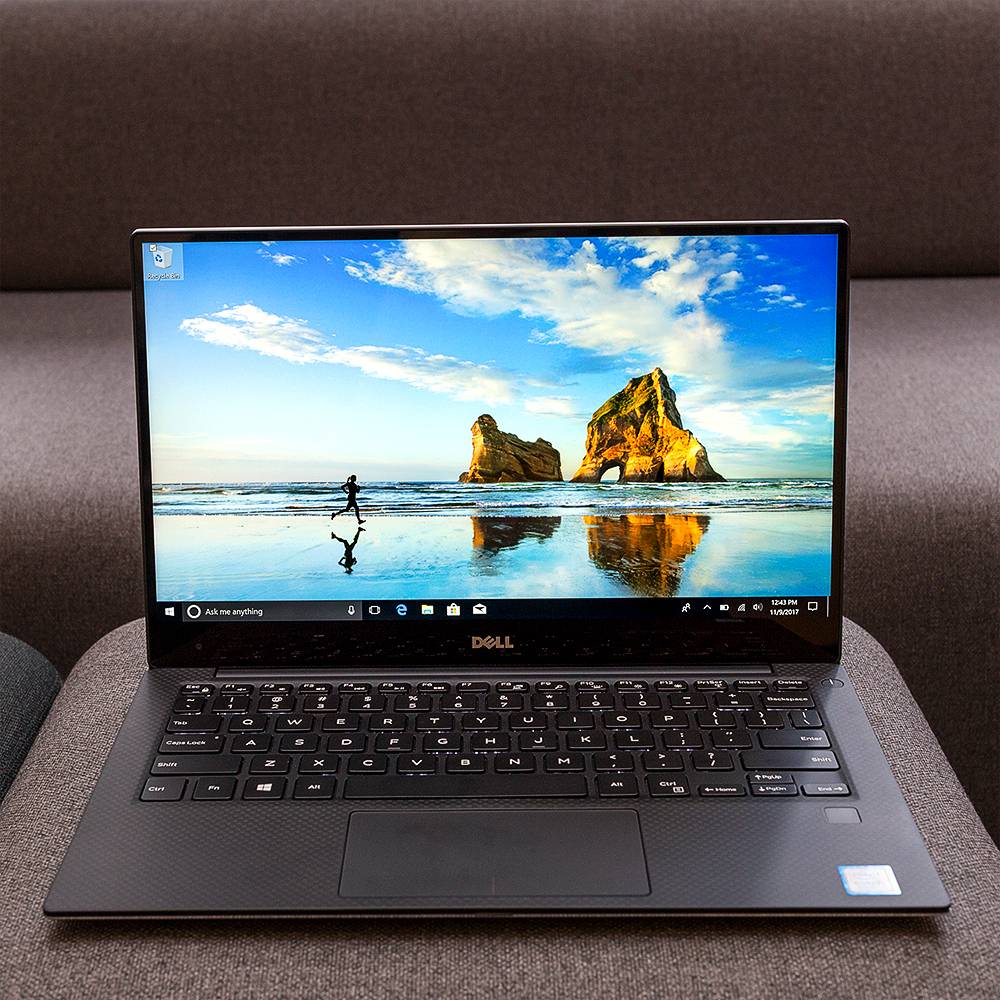