Libratone's 'Made for Google' headphones review: a very mixed bag

Share All sharing options for: Libratone's 'Made for Google' headphones review: a very mixed bag

When Google sliced the headphone jack off from its 2017 generation of Pixel phones, the move was commonly defended by reference to a false equivalence between the iPhone and the latest Pixels. If Apple can go jack-less, went the reasoning, why not Google too? Well, Apple’s iPhone happens to have the best-developed third-party ecosystem of bespoke peripherals and accessories, and today some of the leading audio companies have iPhone-specific, Lightning-connected headphones. Audeze, Shure, Bowers & Wilkins, and a number of others have introduced Lightning audio cables and Lightning versions of their best portable headphones. Google’s preferred USB-C, on the other hand, is a relative wasteland.

Libratone is an interesting Danish company that lands smack in the middle of this Apple-Google dichotomy. In September of 2016, Libratone joined the growing list of companies with Lightning headphones by launching its Q Adapt Lightning earphones with built-in noise cancelling. At the time, I asked the company whether it would do a USB-C version, and was treated to a horror story about the inconsistency of USB-C implementations across phone manufacturers and the dreadful difficulty of making a pair of headphones compatible with every USB-C device on the market. The whole notion that I had in my mind — of Android devices outselling iPhones in most places around the globe and therefore making USB-C more appealing than Lightning — seemed to be crumbling.

The workaround that Libratone chose for Android’s chronic fragmentation was to work with just one company, signing up to be among Google’s first “Made for Google” peripheral-making partners. That’s how the $149 USB-C version of the Q Adapt earphones came to be. Carrying the Google sticker meant Libratone had to only ensure compatibility with one family of phones: Google’s Pixels. The larger and pricier ($249) Q Adapt on-ear headphones, on the other hand, have practically no Google affinity to speak of; they’re just wireless Bluetooth headphones that also have the “Made for Google” sticker on their box. (Aside: I’m really bothered by this sticker. If either pair of headphones were “Made for Google,” shouldn’t that be reflected in the actual packaging? By its transient nature, the sticker betrays the fact that the “Made for Google” idea was an afterthought).

The dearth of USB-C earphones means that the USB-C Q Adapt are practically in a field of their own. My colleague Helen Havlak had an exasperating struggle trying to find a pair for her Pixel 2, and the responses to my tweet below also illustrate the unfulfilled need.

USB-C earphones: do they exist? Asking for many friends.

If you make them and think they're good, I'll prioritise them for review.

It’s a good thing, then, that the Libratone Q Adapt earphones sound quite terrific. Granted, I didn’t have the highest expectations from a company with no competition, but Libratone has really crafted a pair of highly entertaining, pleasing earphones — which just happen to connect via USB-C rather than the traditional headphone port. The Q Adapt’s bass is satisfyingly deep and anchors everything nicely, with the rest of the presentation retaining clarity and definition even with the bass bump. I enjoy my music through these earphones, even if they don’t have the widest soundstage or the most refined and precise audio response. They sound good enough for me, and I’m habituated to reviewing $1,500 cans like the Focal Clear.

The USB-C connection helps Libratone port over one of the unique Q Adapt features from the Lightning version of these earphones: adaptive noise cancelling. There are various levels of intensity for it, and you can toggle between them with a dedicated key on the in-line remote control. I find each setting actually alters the sound produced by the Q Adapt quite substantially, so you’re not simply choosing how much external sound to let in: you’re also choosing between varieties of tuning. Without USB-C, this feature would have required batteries inside the earphones, but Libratone’s able to get noise cancelling done with just the power it draws from the phone, which is a nice efficiency win and saves you having to worry about charging.

Between the USB-C plug and the rather long in-line remote, the Q Adapt’s cable is covered in a nice braided fabric, and then after the Y-splitter it’s a relatively thin plastic culminating in the polished plastic ear buds. I find these earphones easy to put on, wear, and remove, and I find that ease of use a big attraction when paired with the friendly sound tuning. Nothing here is groundbreaking or setting new heights of excellence, but everything is done to a high enough level to justify the $149 price tag.

One problem that the Q Adapt earphones do have, though: you have no idea which USB-C device they’ll be compatible with and to what extent. Take smartphones as the obvious example: the Google Pixel 2 and 2 XL work with it perfectly, of course, and so do the Xiaomi Mi Mix 2 and the Huawei Mate 10 Pro. But the OnePlus 5T? Nothing. It’s like I haven’t plugged anything into it at all. When I connect the Q Adapt in-ears to my MacBook Pro, they play very nicely, but I can’t use their remote control to pause the music I’m listening to or adjust its volume. On the Mac, only software-based volume controls — such as the volume slider in Spotify or iTunes — can tweak the sound output of the Q Adapt earphones.

Turning to the Q Adapt on-ears, I find there’s much less excitement and interest to convey. The cynical branding exercise is perfectly obvious here, as these headphones don’t even use a USB-C port to charge; they’re still stuck on the old and busted MicroUSB. Libratone could have used USB-C to charge the Q Adapt on-ears and also receive a digital music signal, much as Bowers & Wilkins does with its own wireless PX headphones. The USB-C connection on the PX delivers a slightly better sound quality than the wireless alternative. But nope, Libratone just slapped that Google sticker on its box.

I can heartily commend the Q Adapt on-ear headphones for their comfort and lightness. They are featherlight but steady on my head, and they make a nice neck decoration when I don’t want to listen to them. It would have been nice if they could contract down to a smaller shape, though.

As the name suggests, this pair of cans shares in the adaptive noise cancelling tech of its in-ear siblings, and I appreciate it just as much here. Where the on-ear Q Adapt differs, though, is that it doesn’t sound anywhere near as good as the USB-C version. The heft of the in-ear Q Adapt’s bass is missing, and the on-ear headphones just sound a whole lot more digital and less convincing. I find the artificiality of their sound distracting, and I find myself avoiding them.

Two other important downsides to the Q Adapt on-ears: The Libratone logo on the right ear cup continually glows while they’re active, and that glow is too bright and just plain annoying (you can turn it off in the app, though apps shouldn’t be necessary to adequately use a thing like headphones). And the battery is not particularly impressive. Libratone promises 20 hours of battery life, but I get down to a 60-percent charge within just a couple of hours of listening and have found myself recharging them even without any epic music marathons (which these headphones’ sound is never good enough to justify).

As far as Android compatibility goes, Android Fast Pair is the only thing distinguishing these Bluetooth Q Adapt on-ears from the mass of Bluetooth headphones out there. On a Pixel 2, you can see the remaining battery level, but that’s pretty much a universal feature in modern platform-agnostic wireless headphones like the B&W PX too. All in all, the Q Adapt on-ears are just overpriced Bluetooth headphones that Google is selling in order to flesh out its online peripherals store. That’s my best guess, anyway.

Libratone’s achievement with the Q Adapt in-ears shouldn’t be underestimated. The company took a successful new product in its Lightning-based earphones, and it successfully transposed it to the Android realm of USB-C. No, the Q Adapt USB-C buds aren’t compatible with every USB-C phone, and that’s a problem, and they also cost $30 more than the now-discounted Q Adapt Lightning model. But even at $149, these are comfortable, good-sounding earphones that are difficult to criticize. If you’re buying a Pixel or any other USB-C phone without a headphone jack of its own, I recommend these as an essential accessory. I just hope their price comes down to more reasonable levels soon.

The Q Adapt on-ear headphones, on the other hand, are hard to rationally justify. Yes, they’re comfy and stylish. But they cost more than the excellent Sony 1000X, which are now at $229, and do absolutely nothing better. These are utterly forgettable Bluetooth headphones that have gained a bit of notoriety by virtue of Google’s endorsement. 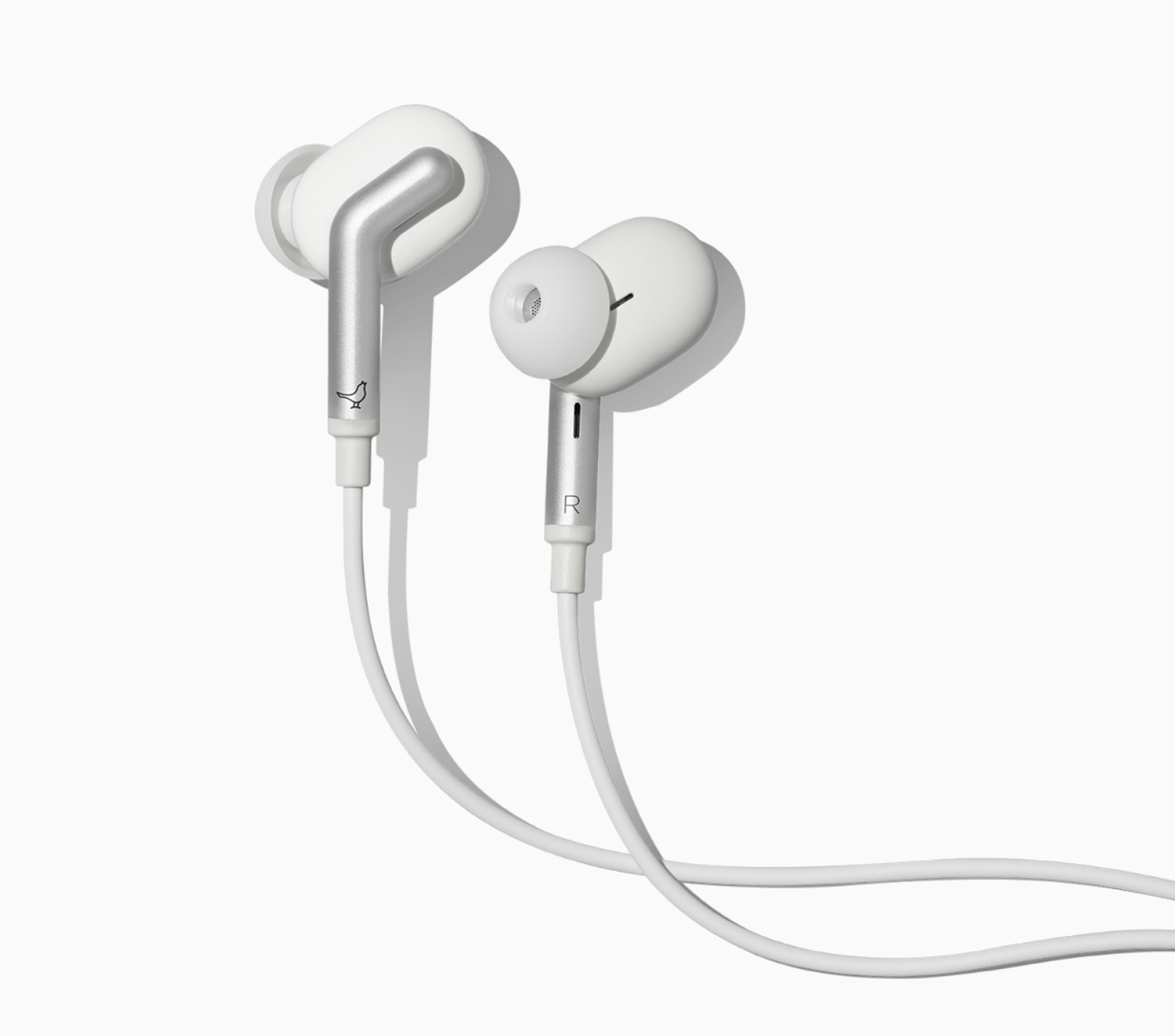 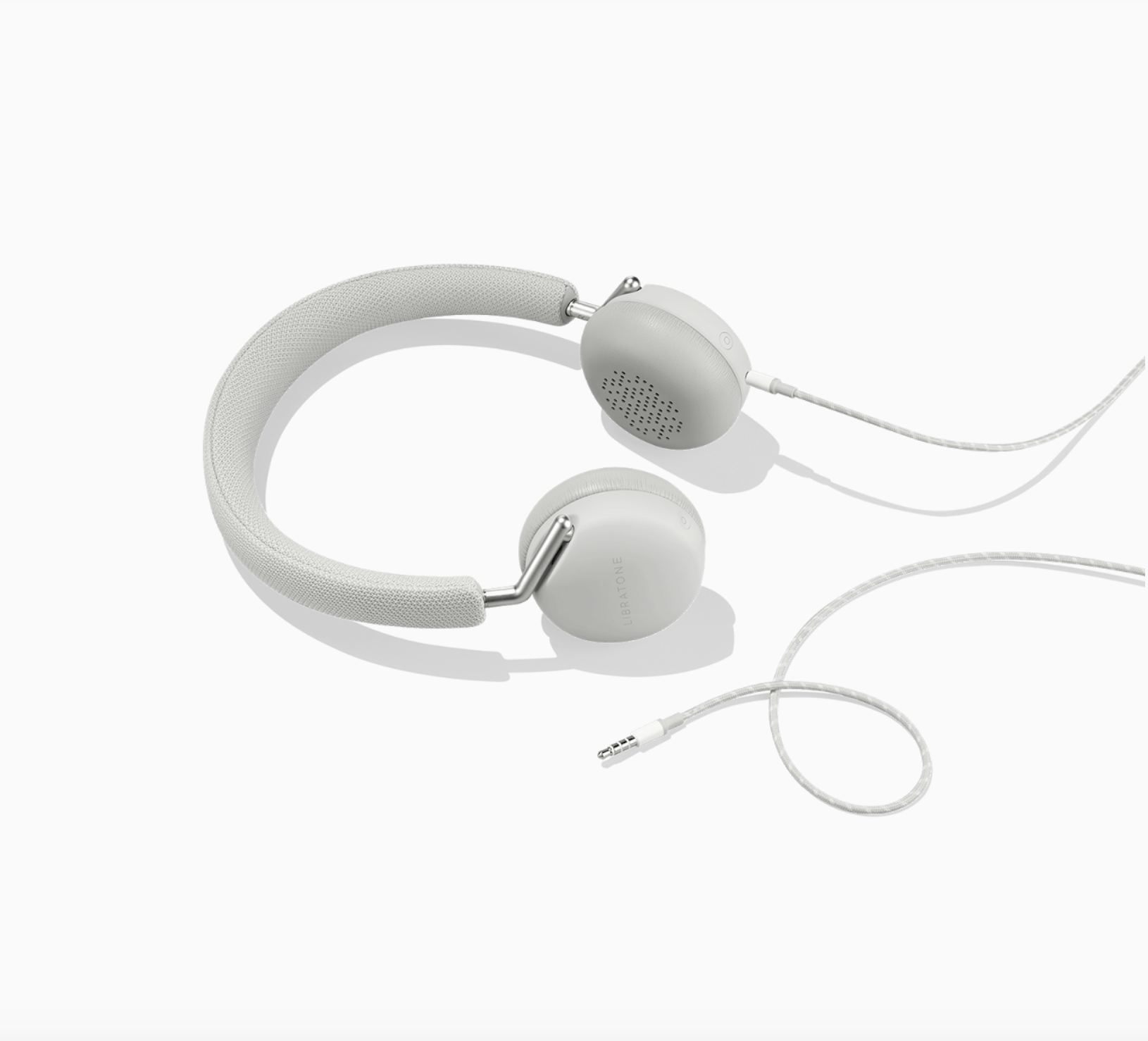