Who says you can’t have wireless and noise canceling in one great pair of headphones?

I had almost given up hope.

In my eight years of reviewing technology, I've been through the ups of anticipating the next Sony device and the downs of actually using it so many times that I didn't think I'd ever get to write about a Sony product that was uncomplicatedly good. But that changes today with the MDR-1000X headphones, which show off Sony's engineering skill at its finest.

These are my favorite noise canceling cans, bar none. The 1000Xs don't come cheap at $399.99, but for that price they deliver a combination of wireless convenience, long-running battery life, effortless comfort, and great sound quality. Sony has granted me my wish: the stalwart Japanese giant has built a headphone worthy of being called the best in its category.

Convenience is the number one thing with Sony's 1000Xs. Any time I'm going out, I pick them up ahead of the dozens of in-ear headphones I own, even though the latter are smaller, lighter, and often sound better. Sony's wireless over-ear cans are simpler to deploy, because there's no cable to untangle, and they are super light and portable in their own right. I can wear these headphones for weeks without feeling any discomfort, and when I don't need to use them, they collapse down into their lovely, semi-rigid carrying case. I can't overstate how comfy these headphones are — and that ease of use is the foundation of my fondness for them.

Who is noise canceling for?

It used to be that noise-canceling headphones were only for frequent flyers who prioritized tranquility on long trips over sound quality and aesthetics. But, as the world has grown noisier and technology has gotten better, we now have noise-canceling cans that sound great and don't look like a Volvo parked on your head. Bose remains the premier brand in this space, but others like AKG, B&O Play, and Sony are offering compelling alternatives.

There's nothing especially fancy about the mostly plastic construction of the 1000Xs. It features a pair of very comfortable faux leather pads and a few thin metal elements to provide structure. But that's all fine and dandy — Sony's plastics are of a high quality, and the 1000Xs feel vastly superior to the Beats Solo 3s. Where the Beats can feel hollow and, due to their glossy finish, quite tacky, the Sonys come off feeling solid and looking understated. Bose's QC35s, the most direct competitors to Sony in the noise-canceling realm, are also well built, and though I haven't had as much hands-on experience with them myself, they’ve earned similarly high praise for their comfort. 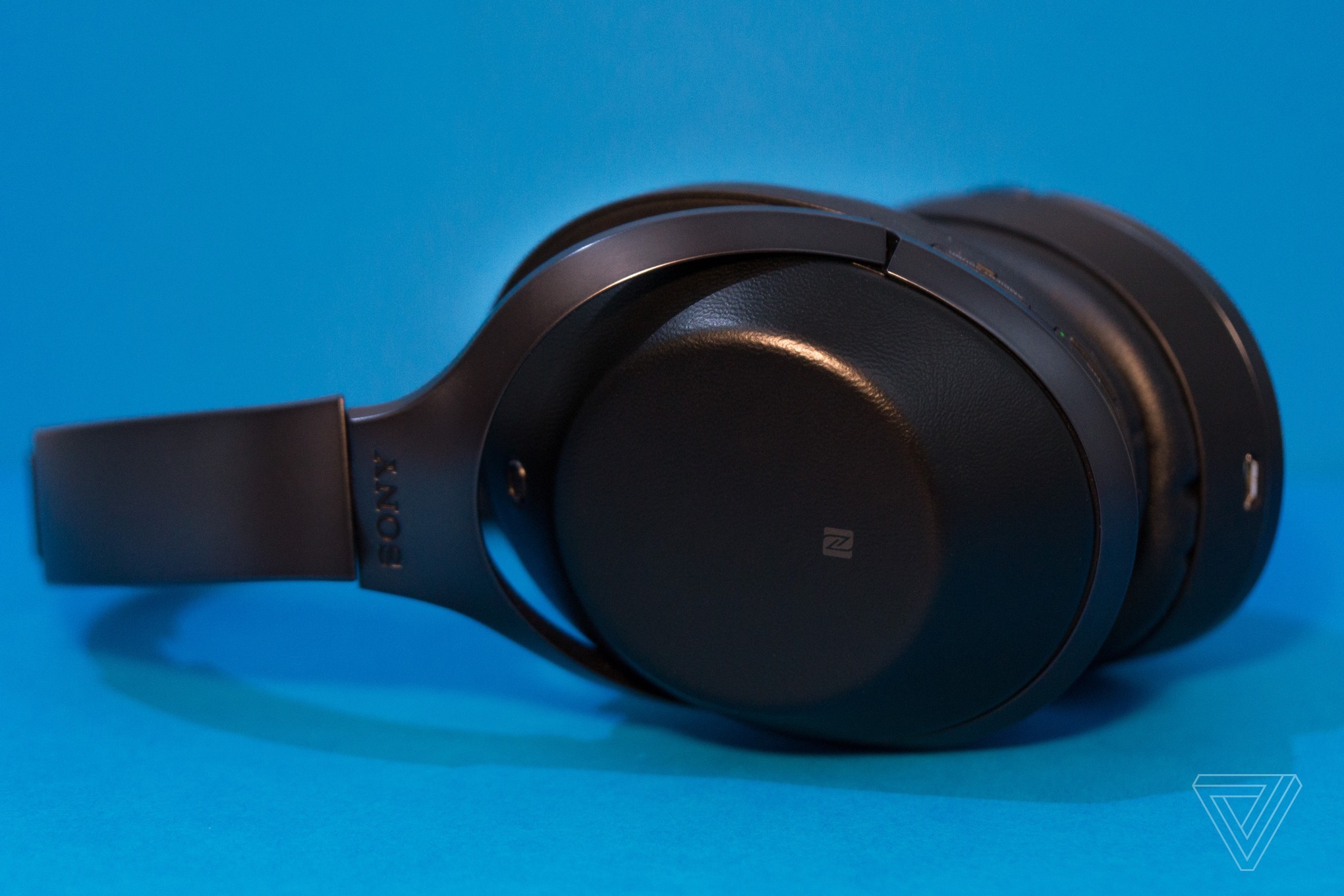 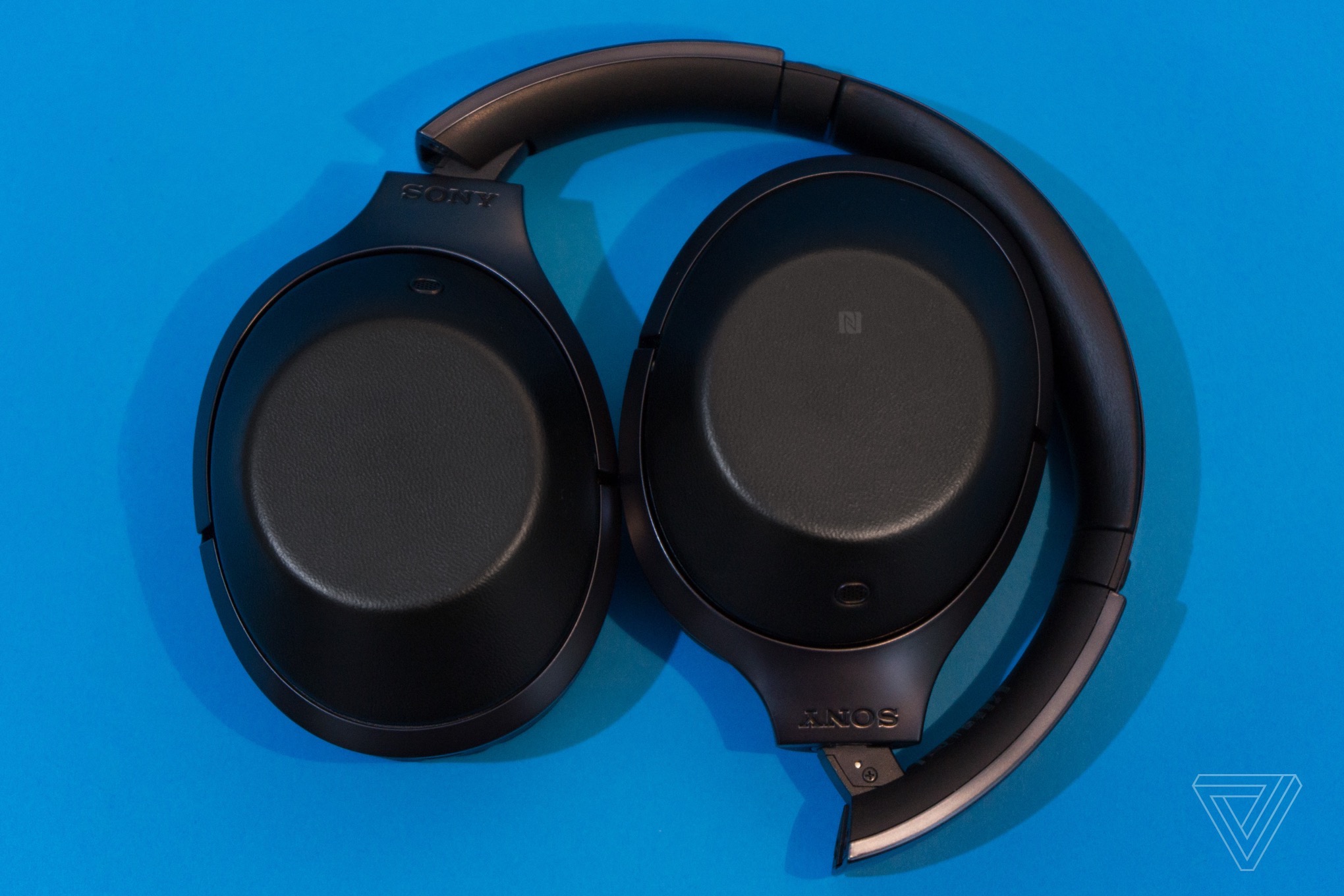 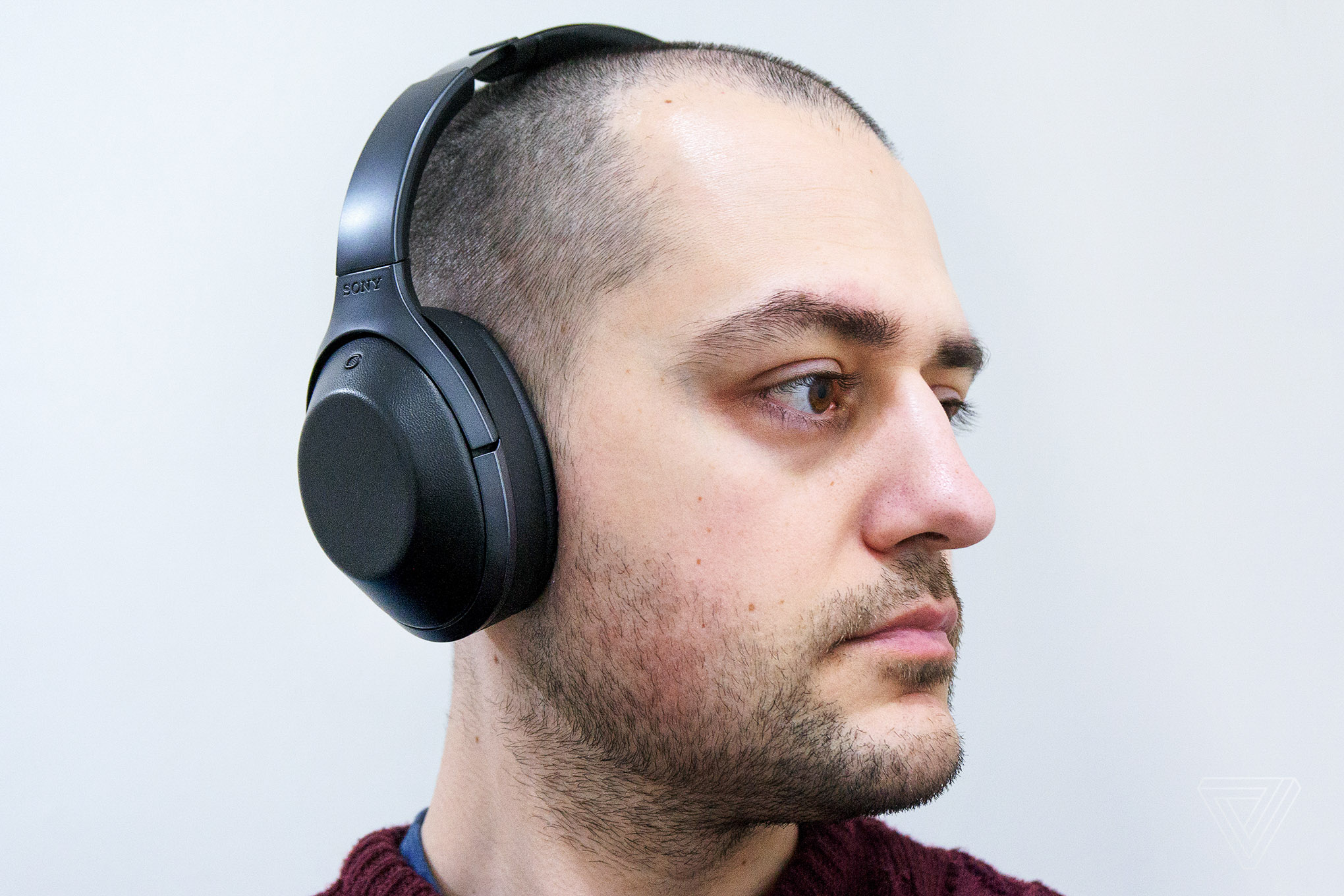 With 20 hours of active battery life — which, over the course of regular use at home and on the move, stretches beyond a week for me — these Sony headphones have been good enough to completely erase my battery anxiety about wireless headphones. For a long time, I was of the mind that I didn't need yet another thing that demands charging, but a series of good wireless headphones have won me over. The Bowers & Wilkins P7 Wireless, Beoplay H9, and the aforementioned Solo 3s together opened my eyes to the benefits of wireless cans. They compromise little in terms of fit, weight, or sound quality, while cutting the cord and making my life easier.

Noise canceling just doesn't get any better than this

Sony’s 1000X star shines brightest, however, when it comes to these headphones’ headline feature: noise canceling. I’ve worn these around a busy mall, on the sidewalks of busy roads, and in the midst of busy offices, and in all cases I’ve been wowed and impressed by the way they deaden outside noise. On one visit to my local grocer, I was so immersed in the act of picking out avocados while listening to Aesop Rock that I didn’t realise a line of people had built up behind me. This obliviousness to the outside world is ameliorated with Sony’s Ambient Sound mode, which pipes external sound in via the integrated microphones. This can also be set to only let voices in, again helping to reduce the chances of public embarrassment.

I still like the AKG N60NC and Beoplay H9, both of which provide good noise canceling, but Sony betters them both. In our review of the Bose QC35, Chris Welch said the noise cancelation "can feel like magic," and that’s the league Sony is playing in with the 1000Xs. It doesn’t matter whether you go Sony or Bose, both of these companies will provide you with peace and quiet in the most challenging of aural environments.

While I can’t declare a clear winner on the basics of how noise cancelation is done, I find Sony has a comfortable lead in the sound quality department. The Bose QC35s are not awful, but they do have a bass problem, whereas Sony’s sound is composed, punchy, and difficult to fault. Sony’s bass is much tighter and more focused than Bose’s, and it hits with just the right amount of excess to be delightful. There are no harsh treble peaks coming from the 1000Xs, which makes for a smooth and undemanding sound — but not too smooth, as was the case with the Beoplay H9.

The sound is smooth, but not so relaxed as to be boring

So long as you don’t subject these headphones to audiophile expectations, you will find their sound more than satisfactory. When listening to the 1000Xs, I’m reminded most of the Beats sound signature: tuned to be emotive and evocative without discoloring the music too much. In fact, if you think of these Sony headphones as the Beats Solo 3s in a bigger, nicer shell and with world-class noise canceling added in, you won’t be too far off. The 1000Xs may lack the awesome W1 wireless chip from Apple, but they also exhibit very good Bluetooth performance, range, and reliability.

The one area where Sony didn’t get everything right is the control scheme for the 1000Xs. The right ear cup is touch-sensitive, allowing me to skip tracks by swiping forward or back, adjust volume with swipes up and down, and pause with a double tap. Cupping that ear cup with my hand also lowers the music volume and brings in ambient sound for a quick chat with a nearby human. It’s all great in theory, but I find the whole system too fiddly. Swipes are registered imperfectly, and it’s nigh impossible to handle these headphones while they’re turned on without invoking a beep from an accidental tap on some unlabeled touch surface.

You really can have it all

Sony’s MDR-1000X is the pair of headphones to present to anyone arguing, as I did until recently, that you can’t have a headphone that does everything well. Wireless radios, noise canceling chips, and batteries big enough to power them are complications that headphones don’t need, I thought, and would lead to unhappy compromises. But Sony compromises neither sound nor comfort with the 1000X. With their collapsible design, excellent carrying case, and wireless freedom, these headphones are a traveler’s best friend — whether on a long-haul flight or a daily underground commute.

I waited a long time to be able to recommend a Sony product without major reservations, but in the case of the MDR-1000X, the wait was worth it. The price is steep and the controls are cumbersome, but those downsides are offset by the sheer abundance of good things about these headphones.

$349.00 at Amazon
How we rate and review products
Most Popular
From our sponsor
Advertiser Content From