My favorite pair of portable over-ear headphones is last year’s Beoplay H6. It combines minimalist Danish style, fantastic sound, and endless comfort for the perfectly fair price of $299. That’s enough to keep me happy, but there’s a more demanding class of consumer that also wants and expects active noise cancelation and the option to ditch the wire — for them, B&O Play introduced the Beoplay H9 in December. This new wireless headphone is actually a splicing of the company’s H7 and H8 models: it’s got the over-ear design and touch controls of the former and the noise canceling and $499 price of the latter. But the question you really want to know the answer to is, does it have the sound quality of the Beoplay H6? And, outside of the B&O stable, how does it compare against the cheaper travel headphones from Bose and Sony?

Before I dive into the comparative portion of this review, I want to first discuss what owning the Beoplay H9s is like, just by itself. Most people aren’t switching between a dozen different sets of headphones, they want just one that works well, and I think these new Beoplay cans excel in that capacity. They come wrapped in a delightfully soft fabric pouch, which reminds me of my favorite winter fleece. In fact, a lot of the H9 design feels like it was perfected for the winter: The large ear pads engulf my ears in leather-clad memory foam and serve as awesome earmuffs on cold days. The wireless design makes it easy to wear and remove scarves without getting all tangled up. And the gentle sound signature caresses rather than attacks the eardrums.

Luxury is a hard thing to pin down, but the Beoplay H9s are definitely luxurious

With Bang & Olufsen, the parent company of B&O Play, the core selling point has always been luxury. You can get good sound from pretty much anyone, the unspoken pitch goes, but you can obtain this combination of style and comfort only from us. As cynical as I usually am about the very notion of "luxury technology," I think B&O Play consistently lives up to that premise, and the H9s, as the pinnacle of its headphone range, are no exception. Everything from the stitched leather headband to the metal pivots to the chamfering of the ear cups has been meticulously thought out, tested, reconsidered, and finally built with a minimal fault tolerance. In many months of listening to Beoplay headphones, I’ve never heard a creak or found a construction flaw, and the H9s, after two months and a return flight from London to Las Vegas, continue to look pristine.

I think it’s important for any piece of technology costing $500 or more to have a tactile, instinctive appeal that makes you want to preserve it and take care of it, and that’s one thing the Beoplay H9 has going for it. It’s also good to see B&O Play provide a replaceable battery (770mAh) with these headphones, removing the built-in obsolescence that almost every other Bluetooth headphone has today — when your battery starts to age, you can just get another battery instead of a whole new pair of headphones. For extra marks on long-term buyer satisfaction, B&O Play has made the ear pads removable as well, since they’re the most common exterior part to wear down and need replacement.

The H9s are rated to last for up to 14 hours of wireless playback with noise canceling turned on, which is sufficient for almost any task. I don’t ever feel anxious about running out of juice (if you have an iOS device, it’ll show you how much charge is left in the headphones’ battery), and I find myself recharging them quite rarely. That said, Sony’s MDR-1000Xs and Bose’s QC35s both clock in at 20 hours under the same conditions.

Not the best noise canceling in the world, but some of the most natural

Good noise canceling, in my estimation, is best identified when turning it off freaks you out with the invasion of all the outside noises. The artificiality of it shouldn’t be detectable to the ear, the "natural" sound sensation should be the one with active noise canceling turned on, and that’s exactly what B&O Play achieves. I find no discernible difference in sound quality between wired and wireless modes, and I find I prefer noise canceling turned on with both, to clean away all extraneous sounds and let me enjoy the music. One little side note here, however: the shape of the H9s is such that, at the right (or rather, wrong) angle, they pick up wind noise when worn outdoors. If you wear them at a relatively loose fitting, they’ll also generate noise from bobbing up and down while you walk.

The Beoplay H9s are the first set of headphones where I had to read the manual in order to understand how to control them. There’s an incredibly fiddly and unresponsive touch control scheme on the right ear cup: one tap to pause or play, swipes up and down to toggle noise canceling, and full circular rotations to increase or decrease volume. It’s awfully imprecise, slow to respond, and something I try to avoid at all costs.

While I haven’t had personal experience with the QC35s, my colleagues tell me their noise canceling is exemplary, and I can vouch for the excellence of Sony’s in the 1000Xs. The Beoplay H9s don’t neutralize quite as much noise as Sony’s pair, but that also lends them a more natural feeling. In all three cases, I’m of a mind that noise canceling has finally matured to a point where almost everyone is getting it right — and I can totally appreciate its benefits on long bus rides, flights, or for anyone trying to get work done in an open-plan office.

So the H9s are comfy, wireless, and good at the whole noise-canceling thing. But how good do they sound? This is the part where my heart breaks, because, alas, these are not the dream of a wireless pair of H6s. The Beoplay H9s have a veiled, softened, gauzy sound that frustrates with its refusal to ever be sharp and incisive. It’s like listening to music with one of those Beautify selfie camera filters applied. I want to experience my music to its fullest, warts and all. But the Beoplay H9s refuse to give me that, and that’s the tragedy of their existence.

The H9s sound saccharine, like someone applied a beauty filter to the music

Maybe I’m overstating my disappointment because of the exceedingly high standard set by the H6s. That’s why I started this review by talking about the H9s in isolation: if you’ve never heard the H6s, or any truly high-fidelity pair of portable headphones like those from Audeze or Beyerdynamic, you’ll probably slide right into the cozy confines of the H9s and be none the wiser. This polite sound signature, characterized by plentiful, if not particularly well defined, bass is extremely consumer-friendly. It’s hard to imagine anyone objecting to it (other than people like me, who find the rough edges of recordings an enjoyable contrast to the smoother parts).

One thing I can certainly praise the H9 sound for is the soundstage. For a pair of closed-back headphones (which, mercifully, doesn’t leak out much sound at all), these do a terrific job of making music, movies, and games sound wide and expansive. The precision of the stereo imaging and the placement of instruments is of the sort of standard you might expect from open-back cans designed strictly for at-home use.

But still, I come to B&O Play for looks, luxury, and excellent sound. And I just find the H9s sound unconvincing and unfulfilling. Their sound will please a lot of people, but so would plenty of pairs of headphones costing less than $100. I’d be more forgiving of these Beoplay H9 headphones if they were more forgiving on my wallet. Good-enough sound isn’t good enough when spending $500.

I return now to my two original questions. Does the Beoplay H9 extend the H6 glory into the wireless realm? No. If you want the best portable over-ear sound, you’re still better off with the Beoplay H6. And how does the H9 stack up against the QC35 from Bose and 1000X from Sony? Well, the Bose cans have their own set of detractors about their sound, but since they have a substantially lower price tag at $349, they pretty much win by default. Sony’s sound quality is also not head and shoulders above everyone else, but the comfort and noise canceling of the 1000Xs are both extraordinary. Even at the same price as the Beoplay H9s, Sony’s offering is lighter and more portable due to a collapsible design, so many might prefer it — but at $100 cheaper, it’s an obviously better pick. 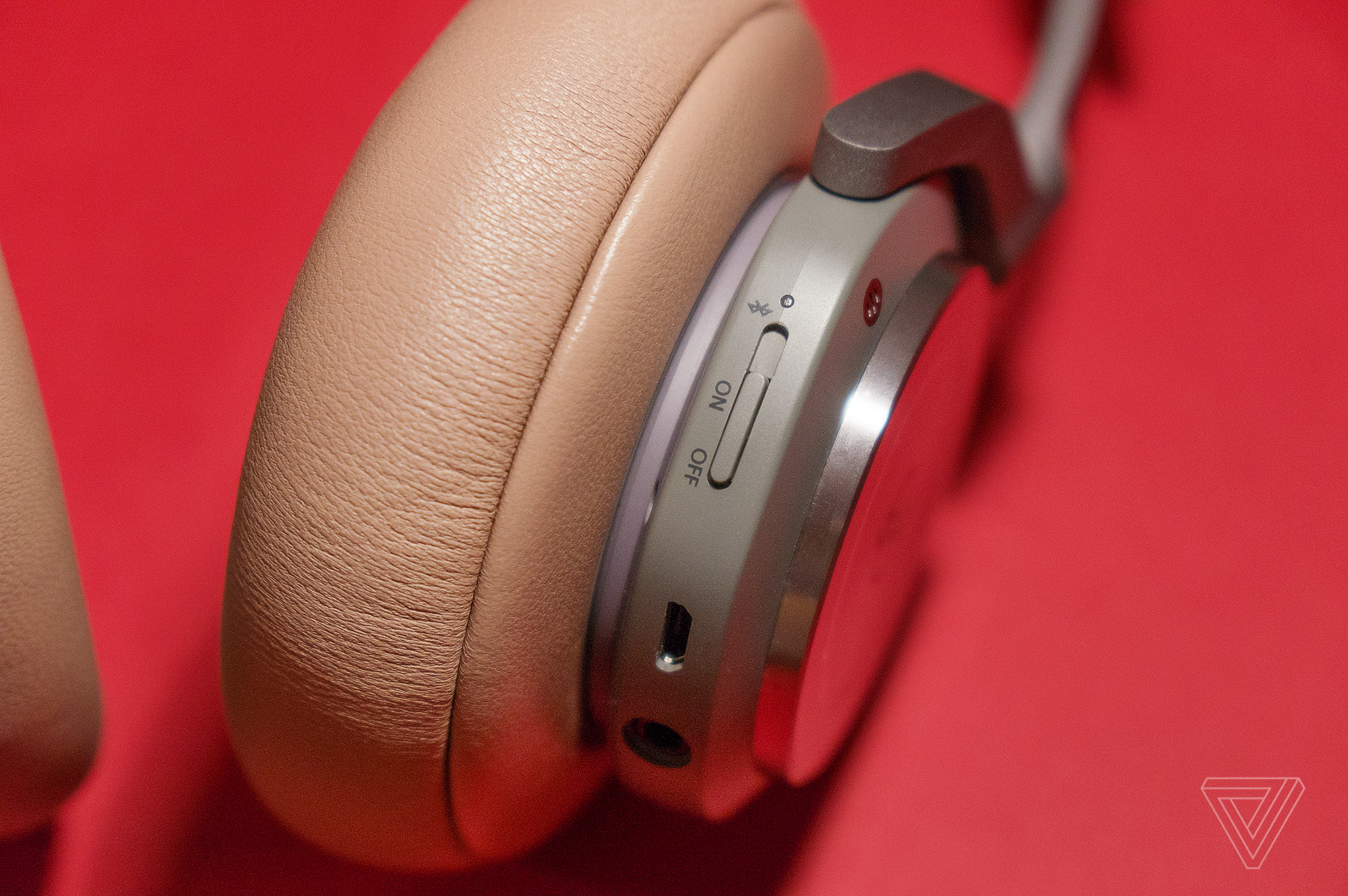 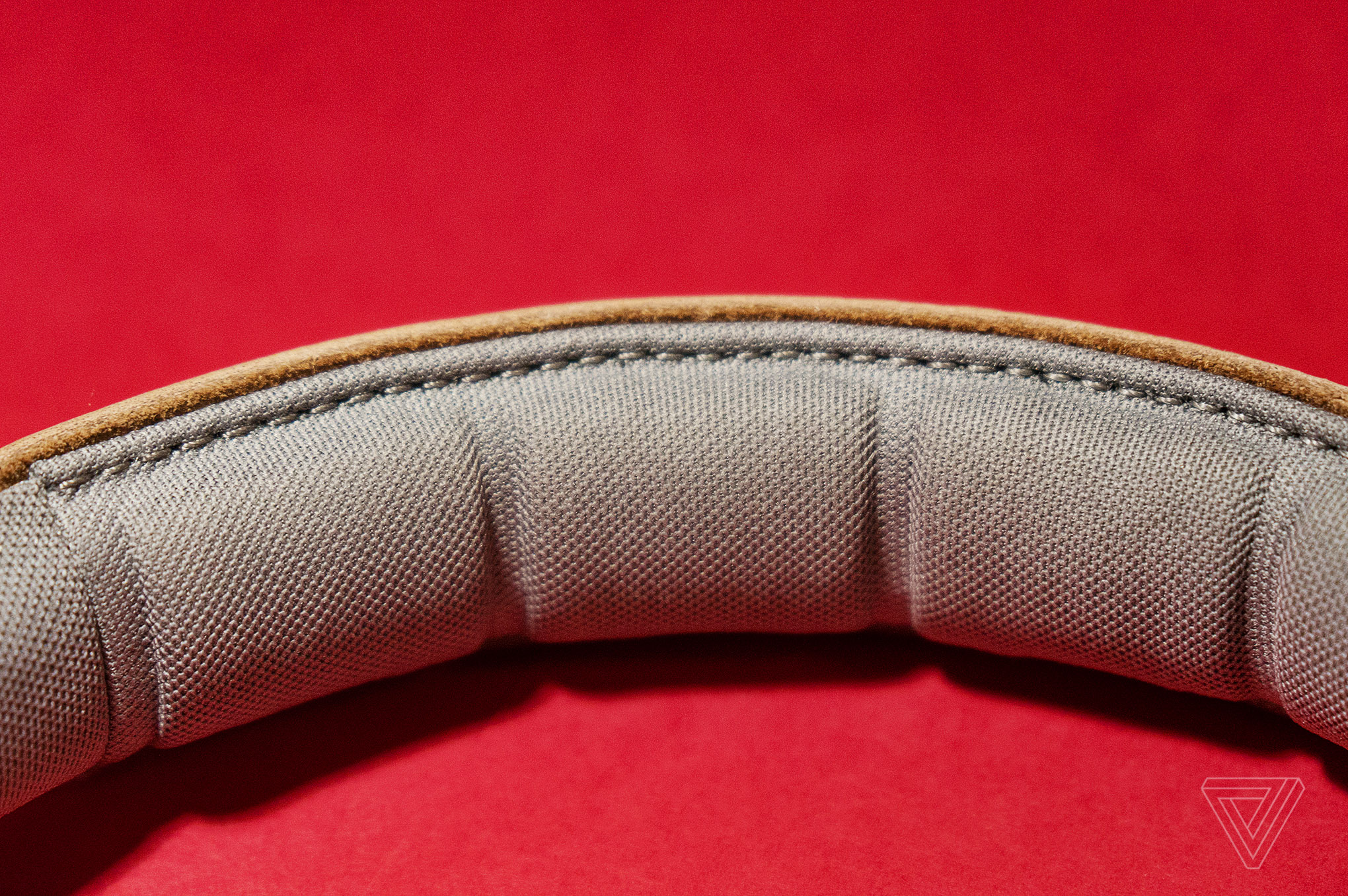 I’m disappointed that the H9s don’t live up to the Beoplay heritage, but not disheartened. What I’d like to see for a future revision is a switch from MicroUSB to a USB-C charging port, a complete overhaul of the control scheme, and an upgrade in sound quality. I’ve heard enough good Bluetooth headphones to know that combining wireless with noise canceling and long-wearing comfort is possible. And at $500, no matter how cozy and comfy the headphone, it should be a fact rather than mere aspiration.

$332.00 at Amazon$499.99 at Best Buy
How we rate and review products
Most Popular
From our sponsor
Advertiser Content From