Etymotic and Grado are the masters of unsweetened music

Are you ready for a lean and clean audio diet?

Share All sharing options for: Etymotic and Grado are the masters of unsweetened music

Audio companies design their sound in much the same way that synthetic food producers design their flavor. As one group weighs up macronutrients, the other tries to balance frequencies. And just as adding sugar can make unpalatable things enticing, so the addition of extra bass can act as a shortcut to mass appeal. Yes, the sweet elixir of music is in its throbbing, rumbling, and grinding noises, and the more of them you have, the more pleasant everything you hear becomes. It’s practically a scientific fact, verifiable by the multitude of headphones out there with deliberately exaggerated bass.

But what if you want some straight-down-the-line, tell-it-like-it-is headphones that don’t sugarcoat anything? Well, I’ve got not just one answer, but two. Allow me to introduce you to Etymotic and Grado.

If you’re serious about getting the best sound quality, these are names you’ll want to know

Both of these American companies got their start by building something slightly different from the modern headphones they sell today. Watchmaker Joseph Grado founded his company in 1953 after finding success in crafting phono cartridges, while Etymotic began life as an acoustics research and hearing aid company in 1983, the same year that Ronald Reagan started wearing a hearing aid in public. Both companies continue to make their products in the USA: Grado in Brooklyn and Etymotic in Illinois.

Etymotic still sells audiometry earphones, specialist microphones, ear plugs, and hearing aids, but the product that has earned acclaim among audiophiles is the high-fidelity ER-4 in-ear headphones, launched way back in 1991. The ER-4s have gone almost unaltered for a quarter of a century, and last year saw their biggest update with two new models: the "studio reference" ER4SR and "extended response" ER4XR, each costing $349. In simple terms, the SR version is the classic Ety sound, while the XR adds a touch of extra bass to keep up with modern tastes.

Grado has built up an enviable reputation with its open-back, on-ear, and over-ear headphones, but today I want to talk about its criminally underappreciated line of in-ear headphones. Yes, the niche product of a niche company. I’ve been listening to the $399 Grado GR10e (which are actually made in Japan, since Grado’s Brooklyn labs are tooled specifically for larger headphones) since my trip to New York in October, and their combination of sonic over-performance and effortless weight and fit still makes little sense to me. They look like any old pair of disposable ear buds, and they come in the cheapest, most unimpressive packaging with only three sets of silicone tips and nothing else provided. It’s as if Grado is actively trying to put off people attracted by superficial things.

But you don’t buy Grado headphones for their stylish looks, or even for their build quality, which can sometimes appear suspect. The reason people pay hundreds of dollars to Etymotic and Grado is the purity and realism of the sound from their headphones. Each pair of ER4s comes with a hand-signed note confirming that the left and right earbuds have been perfectly matched, along with a record of the total harmonic distortion, which is an infinitesimally small percentage with lots of 0s after the decimal point. Basically, both of these companies prioritize being as faithful, as authentic to the music as possible, and both deliver on that promise with their in-ear headphones.

Audiophile headphones don’t have to be huge and immobile

I’ve chosen Grado’s GR10es ahead of its over-ear range, because I find the latter are less consistent, sometimes less balanced in their sound (which can offend the unsuspecting ear with an excess of treble, the high notes that often prove fatiguing). The in-ear GR10es just strike a near-perfect balance, one where I keep coming back to the word "pure." They don’t distort, discolor, or exaggerate anything, and the definition of every note they present is nothing short of amazing. Seriously, look at their size — they just disappear inside the ear and rest there comfortably for however long you care to use them — and then consider what techno magic it takes for something that small to sound as good as an over-ear audiophile headphone. I’ve been listening to classical music on Audio-Technica’s "Maestoso" ATH-W1000Z, which have real wood cups, a $700 price tag, and a beefy quarter-inch headphone connector — and the GR10es are like taking that whole experience out on the road with me.

My choice of musical genre is not accidental. The GR10es are not the best choice if you just want to get down with throbbing deadmau5 tracks all day long. The best modern album I’ve heard with the GR10es is Leonard Cohen’s You Want It Darker. I can pinpoint every single instrument in that recording, which sounds like it’s played on a big stage around my head rather than coming out of buds blaring sound into it. Cohen’s voice and all the acoustics around him are re-created with striking realism, and where bass is called for, it feels more impactful because it’s so sharp and precise. All of these things are also true of Etymotic’s ER4SR and XR, which is why I’m treating these headphones as a group.

Where Etymotic differs is in the fit and construction of its earphones. The ER4s come with a wide range of silicone and foam tips, with a deep triple-flange type being the most commonly used. This sinks the earphone deep inside the ear canal, resulting in excellent passive noise isolation and almost zero noise from the cables. The wire itself is Kevlar-reinforced and detachable, unlike the simpler Grados, and Etymotic also accompanies each pair with a cleaning tool, a zippered case, and a two-year warranty.

If the thing you want from your earphones is to expose detail, to peel back the layers of every song, and to obtain every last grain of information contained in the track you’re listening to, Grado and Etymotic have you covered. For my tastes, I still favor the classically tuned ER4SR from Etymotic, as it seems most true to the company’s original premise and goal of perfecting an untarnished sound (and, well, adding bass is a form of tarnishing).

Taste, however, is a peculiar thing, built up from habit and experience. When confronted with either the ER4s or the GR10es, most people are likely to find their music sounding undernourished. Remember that Simpsons episode where Homer forces himself to eat a salad and he’s asking where the flavor is? Yeah, it will be like that. And there’s good reason for it, to be fair, because speakers in a room have a tendency to naturally amplify the bass (low-frequency sounds bounce off walls and are reflected back to the listener, whereas higher frequencies just get broken up). Car speakers are also infamous for their excess of bass, so the common non-headphone listening scenario for most people will be one with an abundance of low-frequency rumble.

Going lean and clean isn’t for everyone, but it can be more rewarding in the long run

Even so, if you invest the time to get accustomed to a leaner diet of cleaner sound, as provided by Etymotic and Grado, I think you’ll find the experience rewarding. My typical music fare is rich on bass-loving electronic dance music and hip-hop — and is thus better served by a conventionally tuned pair of earphones like the Beoplay H3 — but for classical, acoustic, or vocal music, I always think of these "unsweetened" sets of headphones as the ideal. I want to hear each strum of a double bass distinctly, I want to feel the goosebumps of a trumpet flourish, and when listening to Björk, I want to know exactly what her otherworldly voice sounds like.

If I’m buying earphones for a friend, I wouldn’t get them a pair of Grados or Etymotics. That would be like giving them a year’s subscription to a vegetable hamper delivery service — good for them, but hard to know if they’d love it. But if I’m looking for the best and purest sound for under $400 — that I can take on the move with me, unlike Audeze’s nominally in-ear iSines — then these two companies are at the top of my list. Everyone can do sugary, crowd-pleasing bass, but it takes real expertise to craft a balanced and distilled sound without any gimmicks.

Our review of Etymotic Research ER4SR 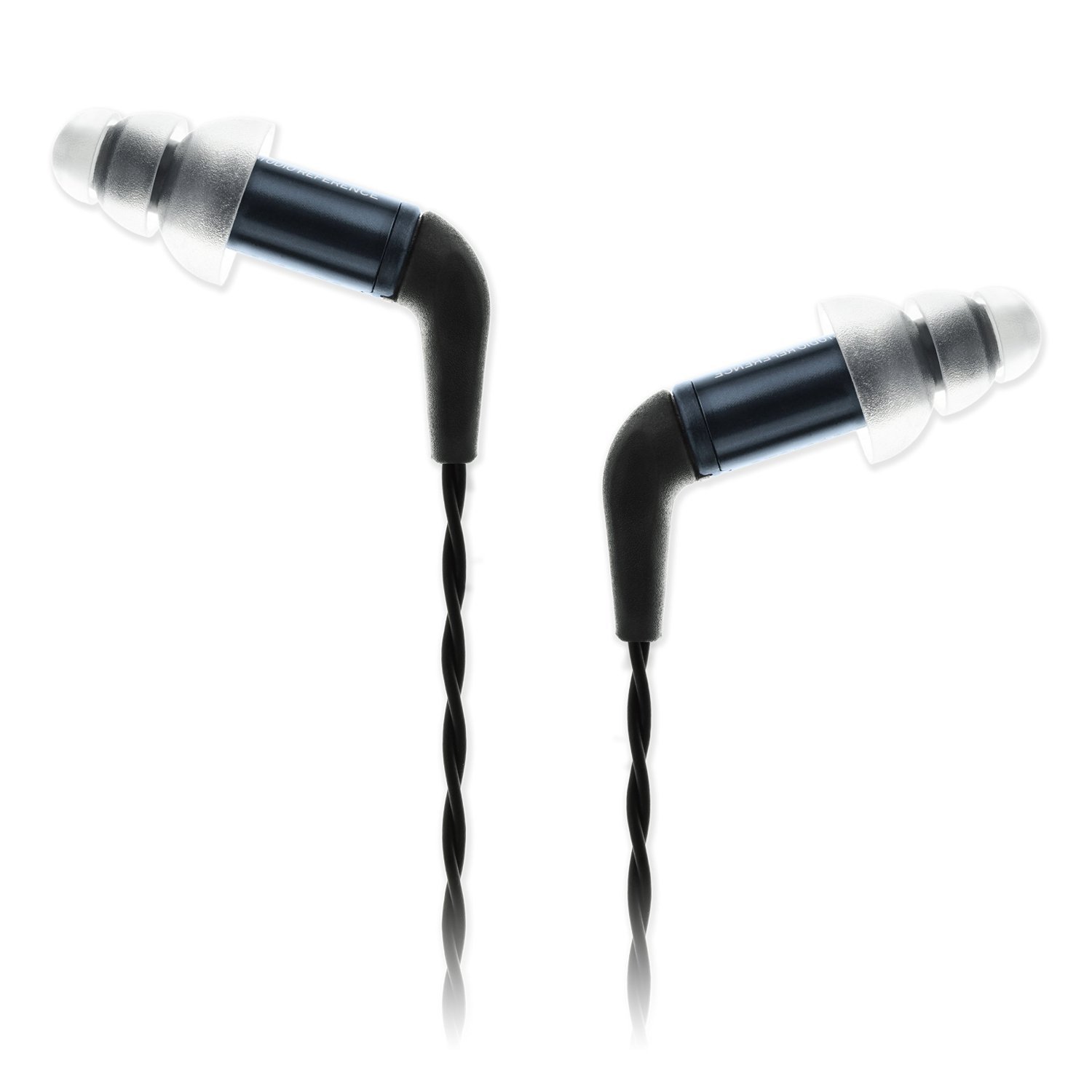 Our review of Etymotic Research ER4XR 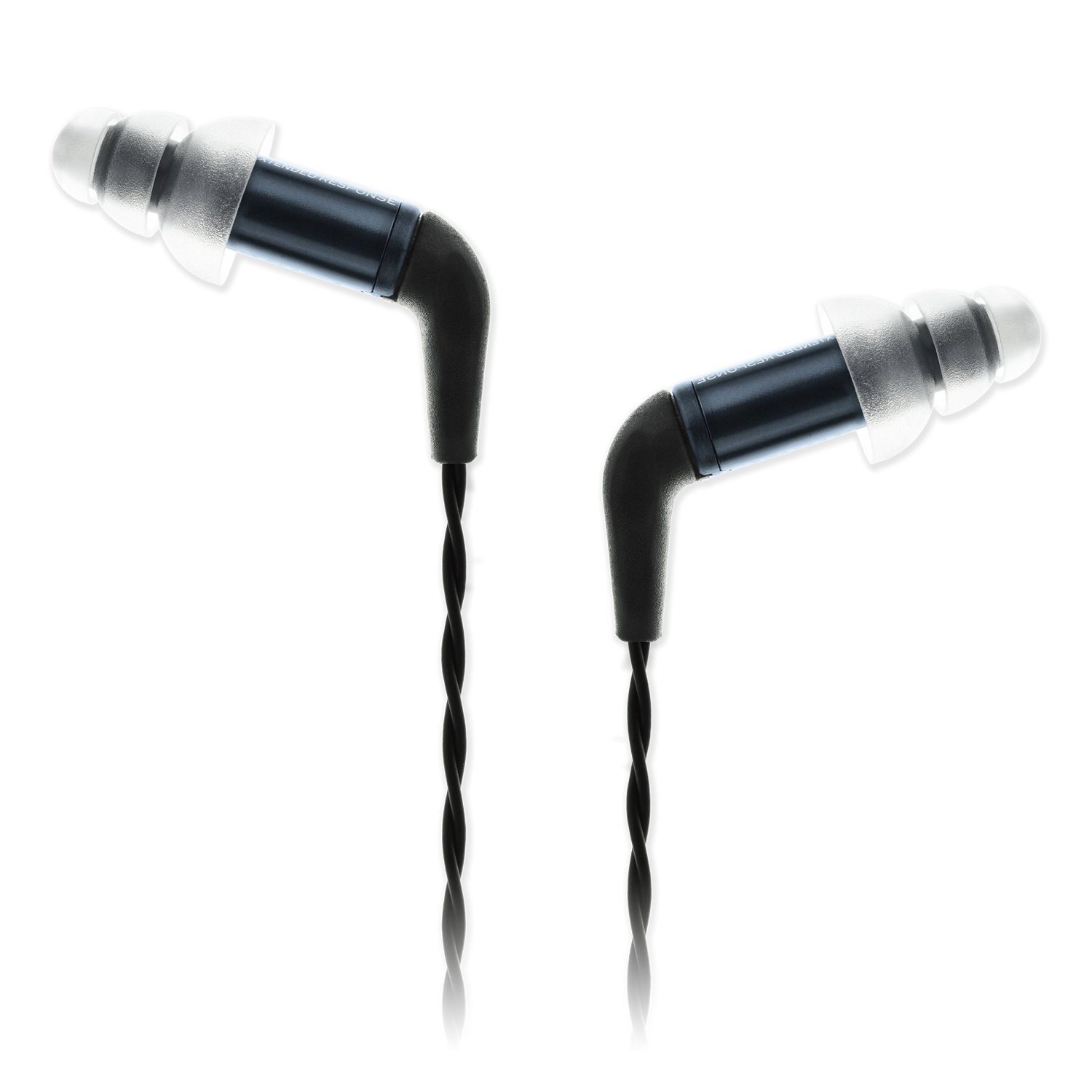 Our review of Grado GR10e 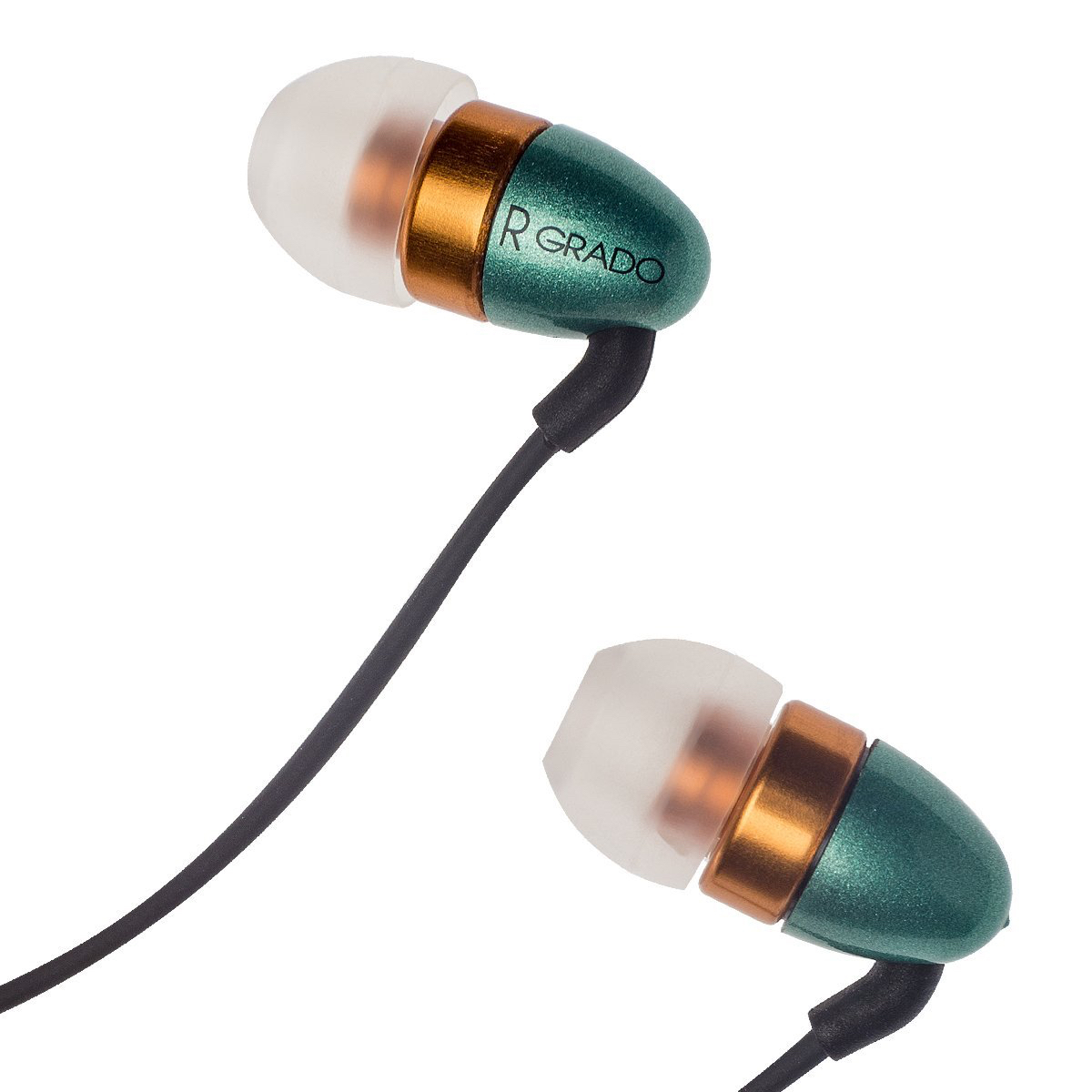