Navdy's view of the future is a dashboard dream

But that dream is largely broken

Share All sharing options for: Navdy's view of the future is a dashboard dream

Of all the technology crammed into our cars today, few things feel or look as futuristic as a heads-up display. Even though they’ve been around for decades and can be found in countless cars ranging from Corvettes and Audis to Volvos and BMWs, they are still both useful and cool to look at. You can even find them in lower-cost vehicles like the Mazda3.

All of the heads-up display systems in use by car manufacturers come from the factory and are integrated into the dashboard – if your car doesn’t have the option for a heads-up display, it’s not exactly easy to add it after the fact. Back in 2014, a company called Navdy announced that it had figured out a way to add a heads-up display to virtually any car, even if it wasn’t an option from the original manufacturer. It took two years for Navdy to ship its product to customers, and I’ve been testing it for a few months in my personal car: a decidedly not-luxurious Subaru Legacy.

The idea behind the $599 (which until recently, was $799) Navdy is sound: if you are able to keep your eyes on the road and not look down at your dashboard, you should in turn be a safer driver. And the product adds integration with your phone, so you can see incoming calls, messages, app notifications, and even control your phone’s music without ever having to take your eyes off the road.

But whether it’s the limitations of what Navdy can do with a system that wasn’t designed in-house for a car or it’s the decisions on design and functionality of Navdy’s developers, the end result is underwhelming and a lot less useful in practice than it might initially appear.

Let me start off by saying that Navdy in itself is inherently cool. The device sits on top of the dashboard and has a flip-up, transparent panel where information is projected. You control it through gestures and a rotary dial that straps to your steering wheel. It’s all powered by the car’s own OBD-II port (which is why Navdy only works with cars from 2003 or later) and can communicate with the car’s Bluetooth system and your phone at the same time.

The display is visible in bright sunlight or dark nighttime environments

The projected display is very bright (Navdy says it’s "40 times brighter" than an iPhone) and sharp, and it’s easy to see in both bright daylight conditions and dark nighttime environments. It displays in color, so you can see avatars and icons, and even see traffic conditions on a map view.

But unlike integrated heads-up display systems that blend right into the car’s windshield, the Navdy is exceedingly obvious and rather distracting. The unit is large and sits right in front of my line of view, making it rather distracting. And though the idea of the heads-up display is to let my eyes focus far out in front of me, where the road is, the reality is that looking at the Navdy isn’t much different than looking at any other screen that’s 18–24 inches away.

The Navdy’s default mode is to display a map of your current location, which you can then zoom in or out on. You can switch it to display your vehicle’s stats, such as current speed, RPMs, or fuel status, and the basic menu system lets you jump into settings for music control, favorite places, and more. App notifications, which can be filtered from your smartphone, show up on the right-hand side, complete with colorful avatars, and you can reply to messages with a few canned responses. But you can’t dictate a reply with your voice, which is frustrating.

The base unit not only houses the projection system, it also has a motion sensor, which is supposed to detect hands-free gestures for controlling the device. These gestures are manifested as clumsy waves left or right with your hand, which you can use to accept or decline a phone call, confirm or reject automatic navigation, dismiss notifications, and that’s about it. The majority of the time, you need to use the Navdy’s control dial strapped to your steering wheel to use the device, which makes the gestures seem quite unnecessary. (You can also use the dial to perform the limited functions that gestures do.)

The Navdy does not have proper voice control, which is perhaps the biggest annoyance I found when using it. Any new navigation destination needs to be programmed within Navdy’s phone app, which is clumsy, slow, and really unsafe if you’re already driving and need to get directions to a new location. It is possible to pull up the Google Now voice controls on my Android phone by long-pressing the control dial’s center button, but that doesn’t link to the Navdy’s navigation system and is really only useful for one-off requests or commands.

Lack of full voice control is the Navdy’s Achilles’ heel

The Navdy does save your destinations and attempts to predict where you want to go based on your driving history, which sounds useful, but isn’t really. How many times do I need directions back to my own home when I’m already in my local area?

Lastly, navigating the Navdy’s interface is just slow, whether you’re using the control dial or the goofy gestures. In-car systems need to be fast and responsive — the last thing I want to do is take my eyes off the road for five seconds while I wait for my navigation system to advance to the next menu.

All of this adds up to a pretty unpleasant experience, especially when you consider how expensive of an investment the Navdy is. (Don’t be fooled by the company’s recent financing programs that advertise the device at only a few dollars per day — you’re still going to pay almost as much for this as you did for your far more capable smartphone.) Further, if you have an Android phone, you already have a great in-car navigation system with Android Auto, which runs laps around what Navdy can do. (iPhone owners’ options are a bit more limited, but I would recommend any third-party CarPlay-compatible head unit over the Navdy.)

Navdy’s limitations make the whole thing a rather unpleasant experience

Navdy may have pitched a futuristic dream of staying informed while remaining safe behind the wheel, but unfortunately, that dream is far from a reality.

Update, 11:40AM March 6th, 2017: Shortly after this article published, Navdy's PR firm reached out to let me know that a forthcoming software update will add new features to the device and improve the performance of the menu system.The big new feature is native voice search, which will let you input destinations to the Navdy via voice commands. I had an opportunity to test out a beta version of the update and can confirm that the voice functionality does fill a large gap in the Navdy's feature sheet. However, and this may be due to the fact that the software I tested was still in beta, it is a buggy experience, with frequent failures to hear me or long times to translate what I said. It also would not resume playback of my music after I issued a voice command until I force closed the Navdy app on my phone. Hopefully those issues will be sorted out when the final version of the software is delivered to Navdy customers in the coming weeks, but right now, my assessment of the product is unchanged. 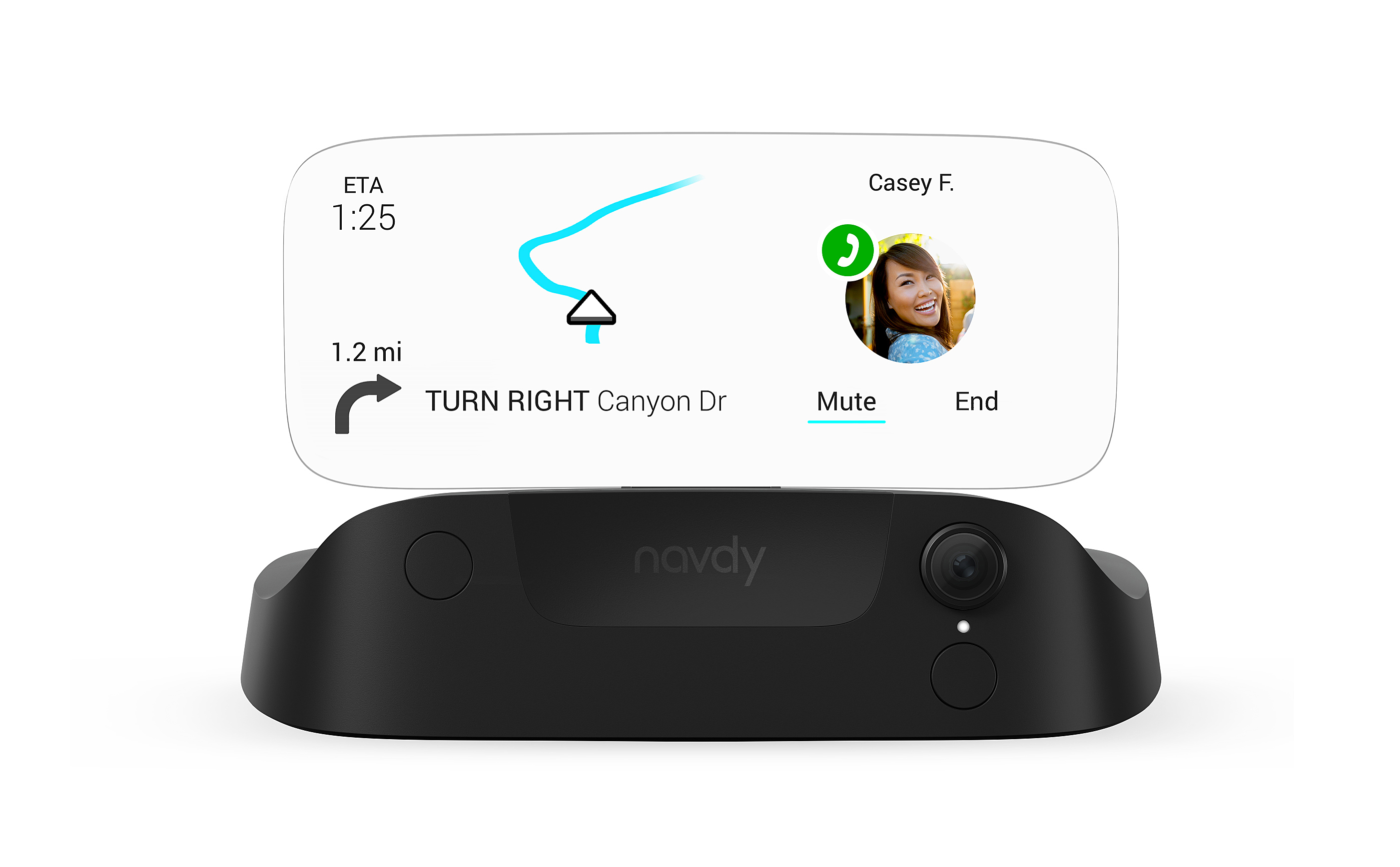