Using the Asus Chromebook Flip C302, you can almost see how Chrome OS devices are going to stop being education machines or backup couch computers and become something different for a lot of people. Just computers (or, well, maybe just tablets).

It's a "premium" Chromebook, which these days basically means it's well-built, has a fast processor, and costs around $500. That puts it in the same class as the Samsung Chromebook Plus and forthcoming Samsung Chromebook Pro. The C302 is all of those things, but to me it's a sign that both Google and its manufacturing partners are stretching to redefine how you typically think about a Chromebook.

Google, for its part, is working feverishly to make the Android app on Chrome OS viable (they're not ready yet). Asus, for its part, produced the excellent machine I'm reviewing right now. It's rare to use a Chrome OS laptop that genuinely feels fast, well-built, and worth more than the $300 asking price that most Chromebooks cost. But if all those companies are going to succeed at this, it can't be rare anymore, it has to be standard.

First and foremost: the C302 is fast enough for most tasks you'd imagine doing on a Chromebook, and perhaps fast enough for some stuff you wouldn't consider, like photo editing. It has an Intel Core M3-6Y30 processor paired with 4GB of RAM and 64GB of storage. I regularly use it with 15 or so tabs and web apps, and often more, without any problems.

Android apps, however, are still in beta and are as much of a mess today as they have been for the past few months I've been trying it. When they come out of beta (presumably next month), I'll be eager to see if they are any better. Don't get the C302 for Android apps until we see what they really look like.

One of the reasons that people tend to prefer "real" computers to Chromebooks is that they have apps with their own icons in the dock. On Chrome OS, you can drag any tab to the dock, but it still launches in a tab in a web browser. That's annoying because you can’t just Alt-Tab to email.

Except you can! Chrome OS has a feature called "Open as Window" that takes any webpage and turns it into a separate app, so you don't lose it in your tabs. Here's how to use it:

It works really well and makes Chrome OS feel a lot more like a Mac or Windows PC. The only real problem with it is that if you switch Chromebooks, your app's icon doesn't sync over to the new computer (Google promises that a fix for that is coming).

The C302 does a better job at nailing most of the physical aspects of a good laptop than other devices you'll find in this price range. It's got a thin aluminum body (just over half an inch thick), and weighs just over two and a half pounds.

There are some nice, subtle touches like a magnet in the base that secures the screen more firmly when you use it in tablet mode. To get to that mode, you just rotate the screen on its hinges, which are firm enough to stand up to tapping the screen when in laptop mode. The screen is 12.5 inches with a max resolution of 2400 x 1350, but you need Superman-like vision to handle the size of text at the native scaling, so most people should settle for something less extreme.

On the whole, I'm happy with the keyboard, which is full sized and has long key travel. I find it a bit mushier than I'd like, but it's backlit like a keyboard really should be (unlike Samsung's Chromebooks). The trackpad is a little on the small side, but it's accurate and doesn't suffer from mis-taps.

Battery life is really good, too, cracking the 10-hour mark in our looping website rundown test and hitting seven or eight hours in heavier day-to-day work. In between, you're charging over USB-C — and though people will gripe a bit about that, I'm over it: it's the port every laptop is going to be using from here on out. Plus, I love that there is one port on the left and one on the right, so you can plug in on either side. Expandable storage is via microSD.

But there are compromises: for example, though the screen is good, it doesn't get nearly bright enough to use outdoors. Even inside, I find myself ratcheting up the brightness up to 80 or 90 percent most of the time. The speakers are astonishingly weak for a computer this size, which is disappointing when you consider one of the use cases for a convertible is watching Netflix in Tent or Tablet mode. Oh, and I already managed to nick one of the squared-off edges just through normal use.

The obvious comparison to the C302 are Samsung's two new Chromebooks, the Plus and the Pro. (In fact, when I reviewed the Plus so many people asked about the C302 that I felt like I had to try it out.) So lots of people just want to know which is better and I don't have definitive opinions. I slightly prefer the Plus: it's a bit cheaper and has a bit nicer hardware (minus the backlighting on the keyboard) without too much reduction in speed.

The Chromebook Pro might be my favorite of the three, but I haven't had a chance to review the final devices that consumers will be able to buy. If you can wait until next month to buy a Chromebook, I probably would, just to see how it compares.

If all goes well, this C302 is just going to be an anonymous member of a vast horde of high-quality, near-identical Chromebooks with good screens, Android apps, and enough speed to do 90 percent of what you expect from them. They'll be a little more expensive than you're used to, maybe, but they'll deliver as much value as a comparably priced iPad or Windows PC — if not more.

We're not there yet, and so the highest praise I can give Asus is that this fairly innocuous and forgettable computer is innocuous and forgettable in the best ways: it looks good, it works well, and I don't have to worry about it. It's a great baseline for future Chromebooks to either match or try to beat. It's not necessarily the best one, but it's a solid starting point for what you should expect. It's standard-issue. 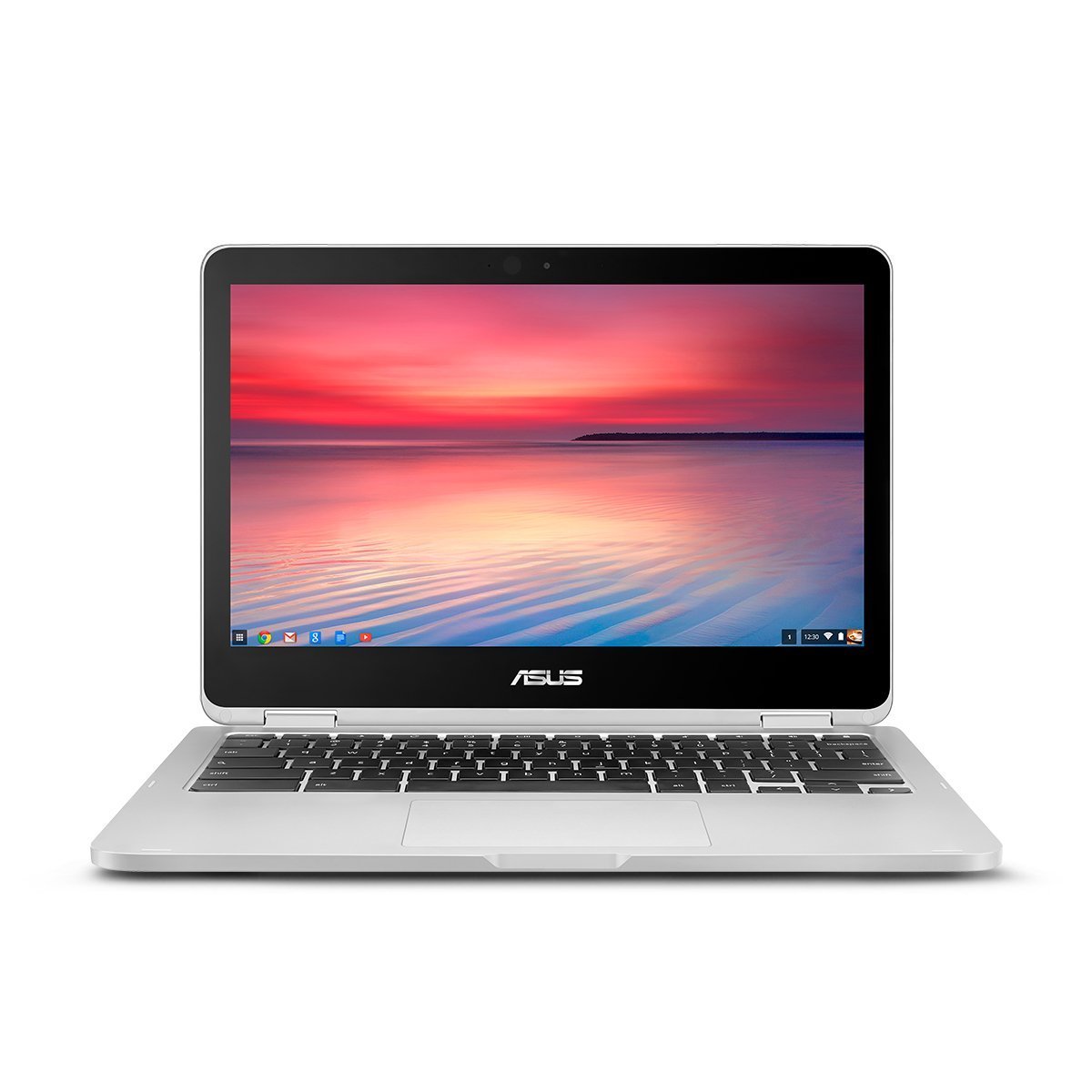