Verizon Wear24 review: down with this upsell

Shockingly, it doesn’t come with Go90

Share All sharing options for: Verizon Wear24 review: down with this upsell

Wireless carriers are forever looking for another way to extract money from their customers. That's their business, after all. But all too often, it leads to an awful experience for consumers who are tricked into using crappy apps and — less often — crappy hardware.

Say hello to the Verizon Wear24, a generic Android Wear 2.0 smartwatch with LTE, an anodyne design, and not nearly enough going for it to justify the $349.99 asking price. It's absolutely, positively not worth the $299 price you pay by signing a two-year contract.

Verizon's Wear24 is a white-label gadget made by Quanta, a company you’ve probably never heard of, and one certainly not known anywhere in the watchmaking world. It's a relatively large watch, thanks to the LTE radio that lets you send texts and even make calls from your own phone number. It's not as large as some other Android Wear 2.0 watches, such as the LG Watch Sport, but it is still going to turn off anybody who doesn't already like big watches.

It's a bland-looking watch, with a non-removable rubber strap and a choice of three colors. I don't have a particular problem with a forgettable-looking smartwatch; for some, they're more utility than fashion accessory.

Despite its size, the Wear24 isn't chock-full of features you get on other large watches. It lacks a heart rate sensor and ambient light detector. It also lacks a rotating crown or bezel, so all your scrolling has to happen with swipes. It does have an NFC chip, but (sadly and unsurprisingly) Verizon has chosen not to support Android Pay on this watch.

I can say some nice things about the hardware, though. It's fast and responsive, and the screen is good looking even though you have to manually ratchet up the brightness to see it outdoors. The best thing about it is the battery life: even with LTE on, I was able to get a little more than a day out of it — which is more than the competing LG Watch Sport often gets.

The software is pretty much bog standard Android Wear 2.0, which is both good and bad. The number, breadth, and quality of the apps available to download directly on Android Wear 2.0 all still feel anemic. You can get the basics for the stuff you'd like on a smartwatch, but most people will end up just using the watchface and notification features.

You can make calls on it, but doing so with the onboard speaker is a pretty awful experience; you'll definitely want to pair some Bluetooth headphones to it. You can also send and receive texts, but Verizon encourages users to use its own Messaging app. Verizon's Messaging app is bad. It's also available on phones, and in theory it solves one of the problems with SMS by syncing them across devices like iMessage.

In practice, using Verizon's Messaging app on the watch means you have to use it on the phone if you don't want double text notifications. So I dutifully tried it again for the first time in years. As I wrote out my first text, Verizon automatically highlighted a word and turned it into a helpful link that it could monetize via ads. Nobody wants that, Verizon. Literally nobody.

Look, the Wear24 is a perfectly competent smartwatch. It nails basics like notifications, messaging, watchfaces, and more. It has better battery life than some of its competition. It is not a horrible product. It's just not as good as it should be for $349.99.

If you're savvy enough to avoid Verizon's crapware and need a watch with LTE, I could see myself recommending the Wear24 as a basic, no-frills option — but only if it came with a basic, no-frills price, which it does not. That’s a shame, because watches like this can be genuinely useful for some people. Not everybody carries their phone everywhere they go, and not just because they're out for a run. Some employers don't allow their employees to carry a phone with them, so this could be a good alternative.

The good thing about Android Wear is that it allows nearly anybody to quickly and easily make a smartwatch. It has meant that lots of traditional watch companies, like Fossil, can offer smart versions of their watches.

The bad thing about Android Wear is that it allows nearly anybody to quickly and easily make a smartwatch. It has meant that Verizon can throw these things on their store shelves where innocent consumers might see them and buy one.

Our review of Verizon Wear24 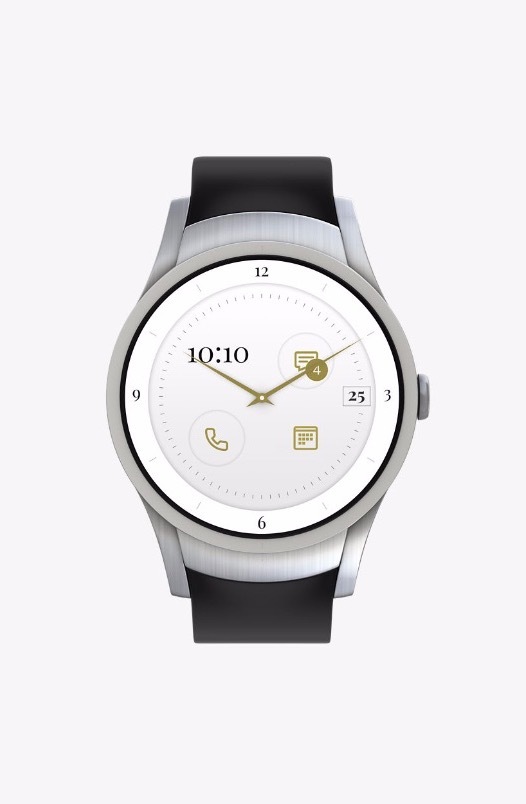