Asus’ ZenFone AR is both futuristic and behind the curve

AR and VR together in one phone

Share All sharing options for: Asus’ ZenFone AR is both futuristic and behind the curve

Eight months ago, a phone called the Lenovo Phab 2 Pro arrived and brought with it a not-yet-fully-realized promise of advanced AR. It was a giant slab of a smartphone, built to Google’s specifications for its Tango AR product, and it didn’t make a great case for being either an awesome phone with some AR capabilities, or a visionary AR device that doubled as your daily phone.

That’s why the new Asus ZenFone AR smartphone, which started shipping in the US earlier this month, holds even more promise. Ranging in price from $599 to $699, it has all of the same Tango AR capabilities as the Lenovo Phab 2 Pro, but it’s a much slimmer smartphone. It runs on a snappier Snapdragon processor. It also supports Google’s Daydream software, which is supposed to offer an optimized VR experience. Snap the ZenFone AR into a sweatshirt-soft Daydream headset, and you’re in VR.

The result is a good Android phone that you’ll be happy with — most of the time. It has all of the aforementioned features, plus a pretty, 5.7-inch display and an impressive camera. But when you compare it to other Android phones in the $600-and-up price range, others edge past it. The ZenFone AR’s battery life isn’t great, it’s not water resistant, and its AR and VR capabilities are still not fully baked. This means that aspect of the Asus ZenFone AR becomes little more than a marketing ploy — Tango! Daydream! — when in reality you’re just going to want to have a phone that works really well as a phone.

The ZenFone AR is also in serious danger of being overshadowed by the AR capabilities that are coming to “regular” phones in a more meaningful way this fall, with the rollout of Apple’s ARKit, which will enable AR apps on most recent iPhones. In general, I wouldn’t be surprised if these kinds of AR capabilities come to all newer smartphones in the near future. If that does happen, the hardware-dependent Tango as we know it now would soon become a thing of the past.

So the Asus ZenFone AR phone just came out, but the “AR” part of it already feels a little late.

The Asus ZenFone AR is so close to premium. It has a vivid display coated with Gorilla Glass 4, aluminum edges, and a faux-leather back. The one eyesore is the Tango hardware slapped on the upper half of the back of the phone, a metal plate where all of the camera and IR and depth sensors live. After just a few days with the phone, this portion was scratched and smudged easily, taking the phone’s overall aesthetic down a notch.

But the ZenFone AR makes up for that in slimness. And again, I’m giving it some bonus points here because it’s so darn sleek relative to the enormous and clunky Lenovo Phab Pro 2. It’s actually a little thicker and heavier than other comparable phones, like the Samsung Galaxy S8, but it’s not far off from that. It measures 158.9 xx 77.4 x 8.9mm and weighs just under six ounces — a typical size for an Android phablet in 2017.

Its AMOLED quad-HD display is large and bright, with a nearly 80 percent screen-to-bezel ratio. The ZenFone AR doesn’t have the same kind of edge-to-edge display that is becoming increasingly popular with large-screened phones, which tends to create an illusion of immersiveness, but it’s still a nice screen. (As I write this in a coffee shop, a toddler I don’t know just waddled up to my table and started poking at the phone’s display, if that tells you anything. Probably not.)

This phone has a headphone jack, something we now feel compelled to note in reviews. It charges via USB-C, has a single speaker at the bottom, and comes with a fingerprint sensor built into the physical home button. It runs last year’s Qualcomm Snapdragon 821 processor, has an Adreno 530 graphics processor, and the unit I’ve been testing has a colossal 8GB of RAM. The model available from Verizon for $648 has 6GB of RAM, which is still a lot.

And you’re going to need all of that power to run stuff like Tango AR apps and Daydream VR apps. The AR apps work by pointing your phone at a space in front of you, while the phone’s many sensors and cameras measure the space and the content from the app through the frame of the phone. It’s been a few months since I’ve used any Tango AR apps — not only did I review the Lenovo Phab 2 Pro, but I also did a deep dive this year into a Tango app called Holo — but I can say confidently that the AR experience on this phone was smoother, and, in some of the apps, a little more intuitive than the earlier experiences I had. Google says there are now over 100 apps available in the Tango section of the Google Play Store, triple the number of apps available six months ago.

But the AR apps still tend to be one-off use cases or largely centered around measurement of rooms. Honestly, I can only try out so many lamps and wall hangings or draft floor plans in apps like Lowe’s and Wayfair and Magic Plan. The Gap app was a little different: it let me cast clothing items into the space in front of me, walk up to the clothes, and see texture and color up close. I could see this being helpful if you wanted to see if something had pockets, or buttons, or detailing in the back. But I didn’t actually buy anything from it. It mostly feels like these apps exist to sell me something, whether that’s furniture, clothing, or home decorations, which tends to suck the fun out of using them.

Even though Daydream feels even more cumbersome — you have to start the Daydream app on the ZenFone AR, slip on a $79 Daydream VR headset, and then connect the headset to a small handheld controller to get started — I enjoyed using Daydream more than I did the AR apps, which surprised me. There’s also more Daydream content, which is basically 360 video.

With the AR apps, I kept trying to come up with reasons to actually use them. With the Daydream videos, I was actively putting on a VR headset and seeking out what I knew would be entertainment in some way, whether it was The Handmaid’s Tale in 360 degrees on Hulu or a Vogue VR video. One way to look at it is that I was actively seeking a passive experience, as opposed to trying to shoehorn an AR app into a daily workflow that doesn’t currently involve AR in a meaningful way.

Unfortunately, all of this also drains the battery in a meaningful way. The phone has a 3300mAh battery, which in theory should get you through the day, but simply won’t if you’re using anything as power-hungry as AR or VR. Think you have 40 percent battery left on your ZenFone AR? Try checking the market stocks using the WSJ AR app, or taking a quick tour through Kendall Jenner’s closet in VR with Daydream (no Pepsi to be found). Before you know it, you’re in the red zone in the battery department. The phone gets hot, too, when you’re using Tango or Daydream — like so hot you’ll want to put it down for a while before you use it to compose that lengthy email or disappear into Twitter.

The ZenFone AR’s camera set might be its best feature. It has a 23-megapixel rear-facing camera that focused quickly and worked well in low light settings, whether I was out to dinner, shooting a fountain in a dark lobby, or capturing a photo of a bridge on a very gray day. Shots looked warm but not overly yellow, it captures video in 4K, and the phone has a more than adequate 8-megapixel front-facing camera. Like other mid-tier to high-end phones made by Asus’ competitors, however, it tended to over-beautify its images, sometimes adding a softness to skin or a saturation to colors that you know just aren’t real.

But again, the ZenFone AR, which was first announced in January, is coming at an interesting time. AR is on the cusp of something big, and has been for a while, but it’s not going to get there unless people make a compelling argument for why someone would want AR. And what’s in the Tango section of the Google Play Store right now isn’t super compelling. Ahead of Apple’s official rollout of ARKit, developers have already been demonstrating what you can do when AR is easily enabled on a phone, when it’s not contingent on special hardware, and the results so far are at the very least fun, if not downright impressive.

And it wouldn’t be totally shocking if others (including Google) jumped on board this lightweight AR train as well. This, of course, is the evolution of consumer tech hardware, the thing that makes it the inverse of us sorry humans: as it gets more powerful, its parts actually shrink.

The ZenFone AR phone is a nice phone, and it’s impressive what Asus has managed to do with the Tango requirements. But the AR in the phone itself is just okay, and the “AR” attached to its name won’t have staying power. Soon phones will just have advanced AR — no extra moniker, hardware, or marketing needed.

Our review of Asus Zenfone AR 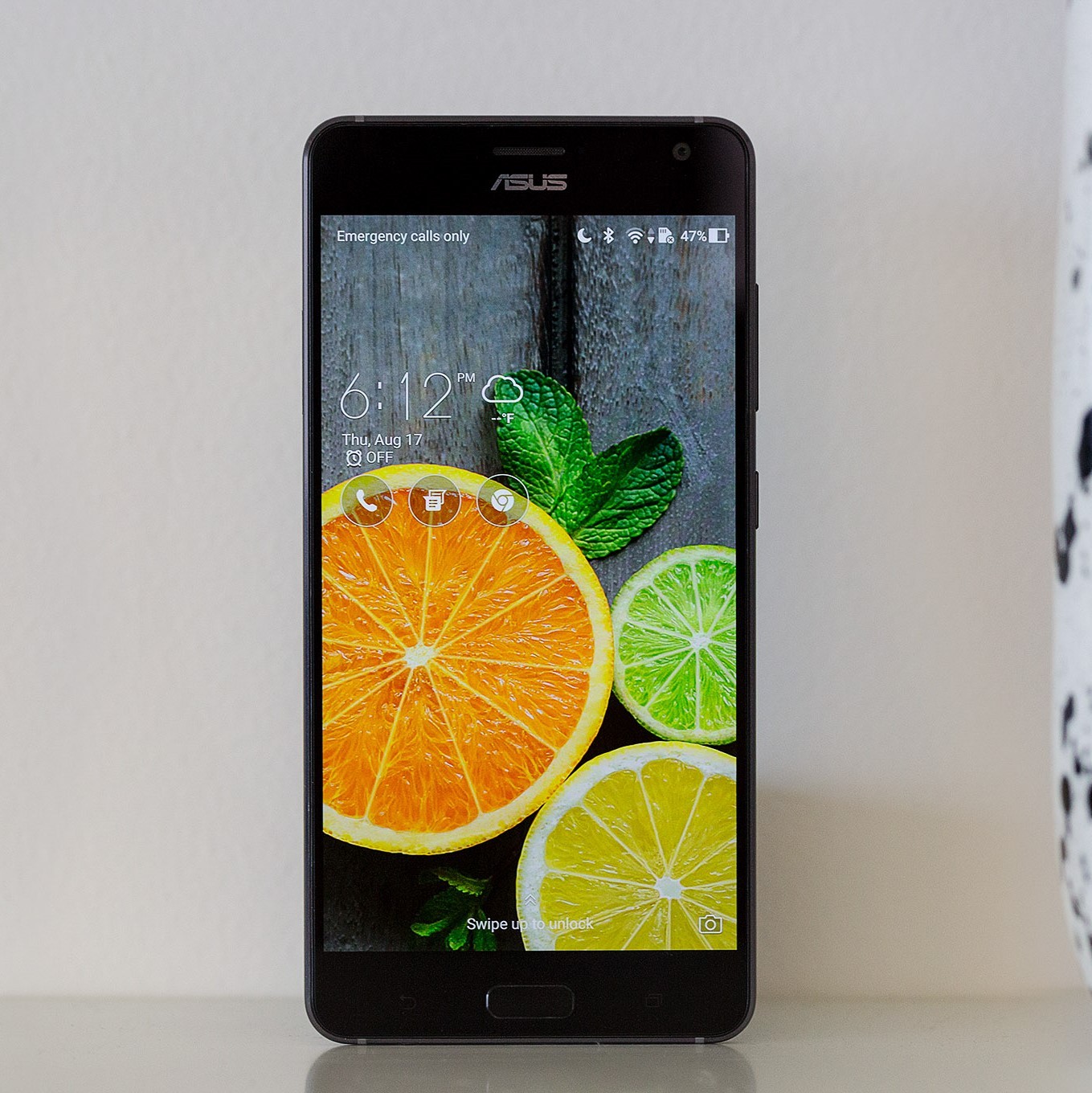