Eufy Genie review: not quite an Echo Dot

Share All sharing options for: Eufy Genie review: not quite an Echo Dot

Amazon’s Echo Dot is one of my favorite gadgets. It’s a cheap way to turn your whole home into a voice-controlled computer, using Amazon’s Alexa platform. But Amazon doesn’t want to be the only one making hardware that works with Alexa, and it has opened the Alexa platform up to other companies, so they too can make products that use it.

That’s where Eufy, a sister brand of Anker, comes in. The Eufy Genie is the company’s take on the Echo Dot: it’s a hockey puck-sized device with far field microphones that lets you access the Alexa assistant. There have been other products with Alexa baked in, including thermostats and uh, refrigerator radios, but the Genie is the first one that expressly mimics Amazon’s existing device.

Eufy’s angle here is that the Genie does most of what the Echo Dot does, but for a cheaper price. It regularly sells for $34.99, about $15 less than the Echo Dot, though you can frequently find either product on sale for less than their regular prices. That’s not a huge difference if you’re buying one, but these devices are meant to be put in every room of your home, so that $15 adds up when you buy six of them.

The Genie is also one piece of Eufy’s broader smarthome offering, which includes robot vacuums and connected lightbulbs. All of the Eufy devices are managed by one smartphone app, and the Genie is meant to be the voice command center for them.

But I’ve been testing the Genie for a few weeks, and I don’t think that $15 savings is worth what you give up over the Echo Dot.

Design-wise, the Genie is similar to the Dot, but it’s a little taller and tapers from the bottom to the top. It has the same buttons on top: volume up and down, a mute button, and the action button, which can be used to wake the device in lieu of a voice command. A blue ring illuminates when the Genie hears a command or is processing, just like the Echo Dot.

The Genie has far-field microphones to hear your commands from across the room, and its built-in speaker is loud enough for you to hear its responses. The speaker is fine for podcast listening and other voice-based services, but music sounds thin, much like the Dot. A 3.5mm auxiliary jack lets you connect a larger speaker for better audio, but this model doesn’t have Bluetooth connectivity. (Eufy plans to release another version for $5 more that includes Bluetooth.)

The goal for any of these products is to blend into the background — to be small enough so that you don’t notice them in a room. The Genie accomplishes this goal as well as the Echo Dot.

The Genie is able to hear my voice commands well from across the room, but it doesn’t work well with other Echo devices in my house. Amazon’s devices have something called Echo Spatial Perception, which makes only the closest Echo respond to your voice commands. It works most of the time, especially with the Echo and Echo Dot. But the Genie doesn’t seem to have this, so whenever I issue an “Alexa” command in earshot of the Genie and another Echo device, both of them respond. The Genie also woke up more randomly than other Echo devices, as if it heard a voice command even though one wasn’t said.

Those problems are notable, but my greater issues with the Genie are the limitations on what it can do compared to the Dot. It can’t access any of the Echo messaging or calling features. It can play music from Pandora, Amazon Music, and others, but it doesn’t support Spotify through voice commands, which is my service of choice. (It does appear as a Spotify Connect destination in the Spotify app, however.) And I can’t change the wake-up command from “Alexa”, which would be a real problem if someone named Alexa lived in my home. (Amazon’s devices allow the wake-up command to be changed to Echo, Amazon, or Computer if you wish.) Eufy says it is working to add these missing features through software updates, but as it stands right now, the Echo Dot is a more capable device.

In addition, to set up the Genie, I have to use both Amazon’s Alexa app and Eufy’s own Genie app, putting yet another app on my phone. This is fine if you plan to invest in the broader Eufy ecosystem — the same app controls the Robovac 11c and Eufy’s smart light bulbs — but if you just want to use a Genie, the second app is entirely redundant.

The Eufy Genie is a fine product, and if the Echo Dot didn’t exist, I’d have few complaints with it. But the reality is that Amazon’s version is better, and the cost difference between the two isn’t enough to make the Genie worthwhile. If you’re looking to save money on multiple units, I recommend just waiting for a sale on the Echo Dot, which often bring the price down to the Genie’s level and seem to happen frequently enough.

Photography by Dan Seifert / The Verge.

Our review of Eufy Genie 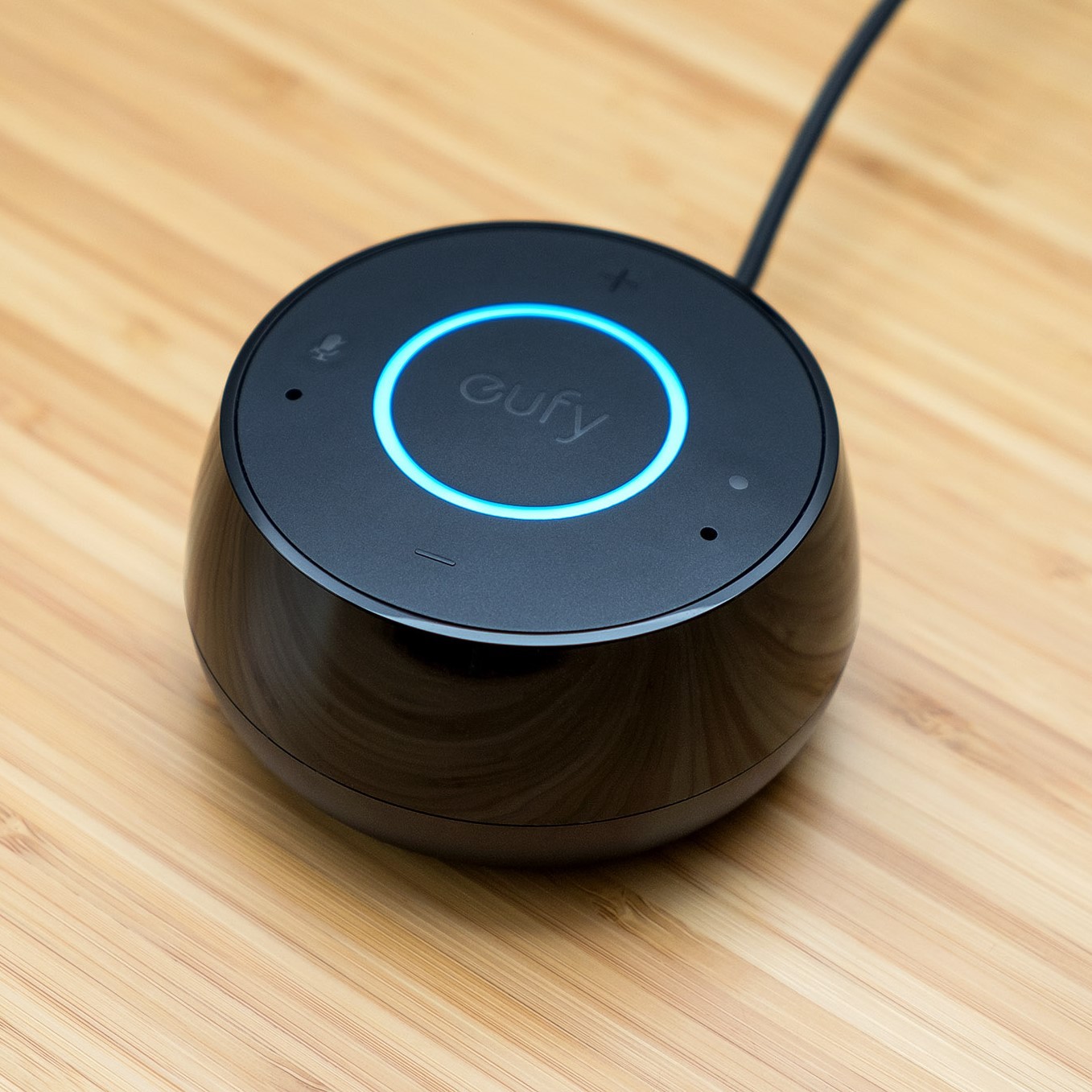