The Doomsday Scenario is closer than you think.

I want to begin by saying that the several hours of research put into this post was (for lack of a better word) inspired by this post by user_x. In it, user_x states their disbelief towards the idea that certain services will be put into pay-zones. Using the above example as well as Wikipedia and Facebook, they explain the nonsensical idea that an internet rid of Net Neutrality would be split up into pay-zones. user_x goes on to call this a "doomsday scenario." But it's not a fiction or a far-out concept. This threat is real, and it could be not far in the future. Please, user_x (and all of you who are still doubting the significance of net neutrality), hear me out.

First, I imagine by "doomsday scenarios," user_x was referring to some variation of this image:

I don't know if user_x did any research or anything (they did not site anything in the post), but there are a few points that are already in place that mean that internet providers could, and would, begin implementing some version of this type of internet segregation within days or even hours of net neutrality's (henceforth NN) revoking.

At least, the total bandwidth isn't going up nearly as fast as it was in, say, the early noughties (2000's). They're still rising, but not as fast and not as steadily as the the amount of people (or devices, really) that are joining the WWW. See: 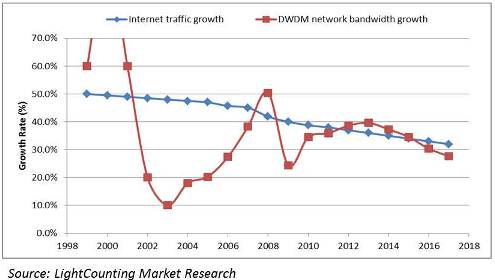 The traffic growth is pretty steady, but the bandwidth is not. It's highly volatile, sure, but there is no question that it's trending downward. Whether this is due to the proportional decrease in growth of access rates or a limitation of technology is debatable, but one thing is for certain; we're getting less new bandwidth every year, and the internet is only growing. Even virtual data needs virtual storage space (servers), virtual filing systems (URLs, among other kinds), and paths to access the consumers (bandwidth). With the current rates and without a huge technological intervention, the internet will run out of space for new things to access it and be put onto it. With NN in place, that forces providers to investigate not only how to increase speeds, but also increase the bandwidth so that more people can access their internet. But revoking NN will turn providers to the much easier solution; limit most of the existing bandwidth to a limited number of sites, probably those that they sponsor, own, or profit from, and save a small sliver of the bandwidth for those who are willing to pay extra for the services that the provider chooses. And for those restricted sites, more traffic to them means slower service overall, which will take more data to use, and will convince people to use the default services instead of the extras at a premium. Or they'll just pay the premium and deal with slower speeds and less content. All three of these options are profitable for the provider, and suck for the user.

The existing services would have to become more expensive in and of themselves.

Let's look at ads for a second. A single view on an ad on a site like, say, YouTube, makes (on average) less than a penny. Less than a penny. Ads do not make any of money just playing and showing, and they cost companies quite a bit to put onto big services. The reason ads make money is because so many people view them that the minuscule amount of money a single ad view gets is multiplied over millions and millions of views, and it adds up. We'll ignore for the moment that the ad revenue is usually just an average of the views vs. clicks vs. purchases, and just treat ads as if they have a steady revenue. We'll estimate that it's a penny per 2 views on YouTube, just for argument's sake.

Putting a service like YouTube behind a mandatory paywall will directly and drastically reduce raw viewership by a really significant amount. This would mean that the ads on the service get much smaller viewership, and that the service makes much less money off of ads. The purpose of the paywall would be to forgo ad revenue over a lot of patrons in favor of a steady payment from a few select paying viewers. This should, in theory, work out in the slight favor of the company. There's not really any studies on this, since no companies have put a trial paywall on their sites for science (shocking precisely no one), but I'm going to assume that these companies like YouTube, as well as the mandatory paying ones like Netflix and Hulu, have priced their services at a fair ways over that breakeven point of ads vs. paywall. But if they got put behind a second paywall by the internet providers, their viewership would decrease. Just a $10 paywall put in by a service provider would more than double the cost of Netflix, and that would likely push people away, enough to affect Netflix's profit. Netflix is already a mandatory pay-to-watch service, and is big enough that it could probably be included in a company's inner circle, so it could weather the storm. But imagine if every person had to pay $10 to their internet company to watch YouTube. YouTube's viewership would go down, which means ad revenue would go down, and since that paywall is not going to YouTube, they would simply lose that money. In order to combat the heavy losses, YouTube would probably have to implement a mandatory paid subscription service like Red, which would drive up costs more and push even more people away. Again, YouTube is probably big enough to weather that storm, but it's easy to see how smaller companies would go bankrupt just by not being attached to the right provider, or any provider at all.

Revoking NN means that there will be less competition for each internet provider within its own consumer base.

Basically, it means that once you buy into a service provider, it will be really hard to change. That can be done by putting competitors into obscure, expensive pay-zones, excluding their sites from a provider's access to begin with, and by installing deregistration fees for the various pay-zones and the provider itself, much like phone carriers do with phones on 2-year contracts. That means that all an internet providing company needs to do to basically absorb a consumer's loyalty (or apathy, really) is to convince them one time to buy into their service. This can be really easy for the biggest companies, and makes it all but impossible for new, innovative small providers to become players in the market. In the same realm as the last point, those small providers would be less able to pay the fees that existing websites would have to implement, and because they couldn't make money from those subscriptions, would be less able to develop their own alternatives. The same would be true for any new website or app developer or publisher or anything; they have to choose between incentivising one particular provider, or charging everyone in a pay-zone to view their services, whether they like it or not. NN would destroy competition.

Internet providers already have the infrastructure for this internet segregation in place.

Think about it; every single provider has servers dedicated to the larger services, the kinds of services that would be put into pay-zones. All companies would have to do is turn those servers offline, and no more YouTube. No more Netflix. No more... I don't know, FarmerLoveOnline. The bigger websites have multiple servers, but the smaller ones don't, and all a service provider has to do to prevent one of those sites from being accessed is to stop accessing that particular server. The change would be quick, stark, and easy to implement. In fact, it would take longer to set up the pay-zone access to the sites than to cut access to them, and there would be so many benefits to the service providers (as listed above) that they'd really have no reason not to if NN was revoked.

So, service providers both can and would implement this sort of "doomsday scenario" of internet segregation and pay-zones quickly and devestatingly. We, as users of the internet, CANNOT post ignorant and foolhardy comments like yours, user_x, because the providers will only use our comments against us to revoke NN, then throw them back in our face when they do exactly that. This internet is OURS, damn it, and we need to give it the respect it deserves. We need to be defending NN, not announcing how nothing would change, because without NN, everything we know and love about our crazy, weird, awesome internet would change so that the people at Verizon and Comcast can have a little extra money.

I sourced this information from all sorts of places, but here's a few YouTube videos (free for now) that I watched that helped me understand some of the things I talked about here: 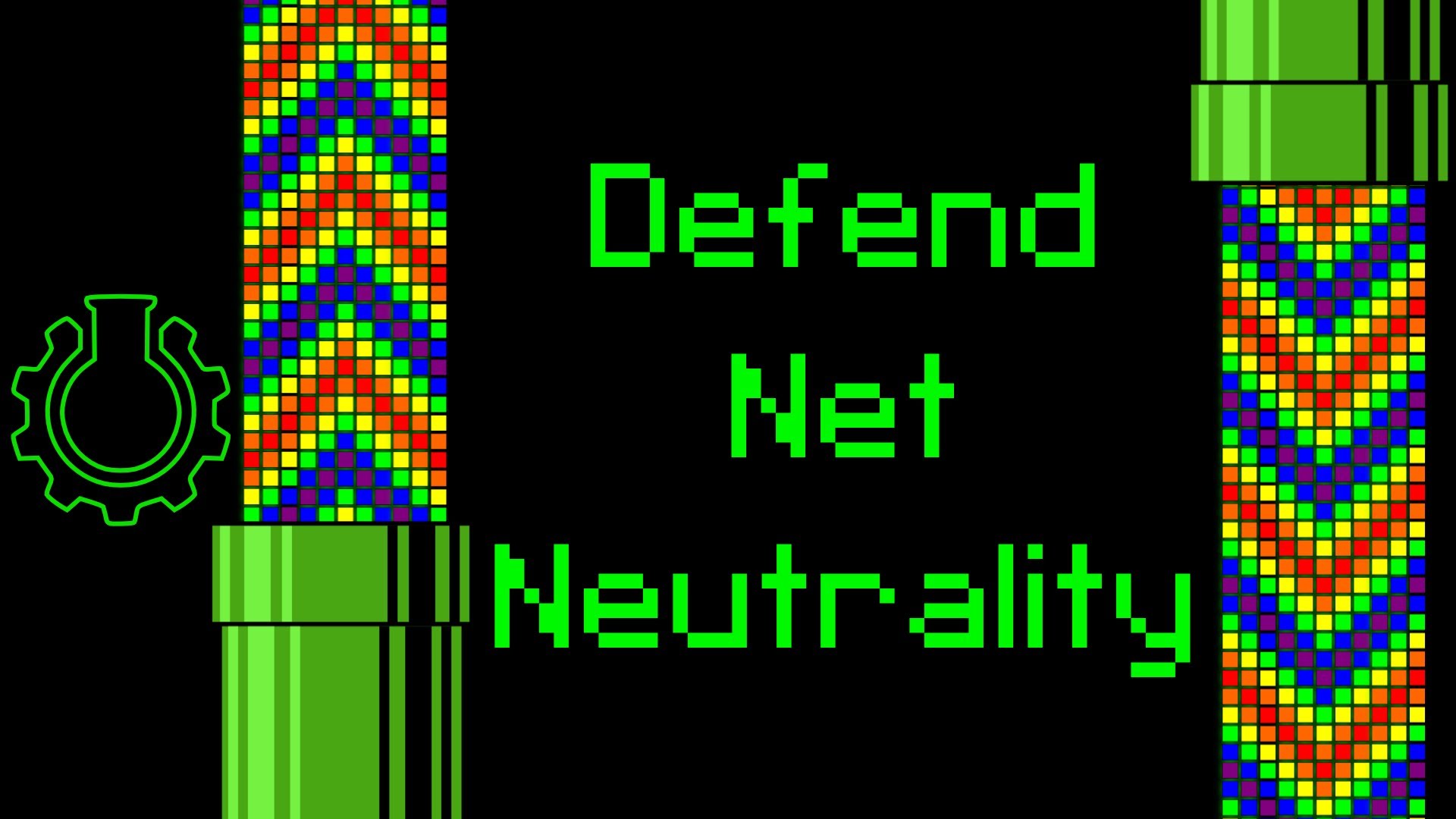 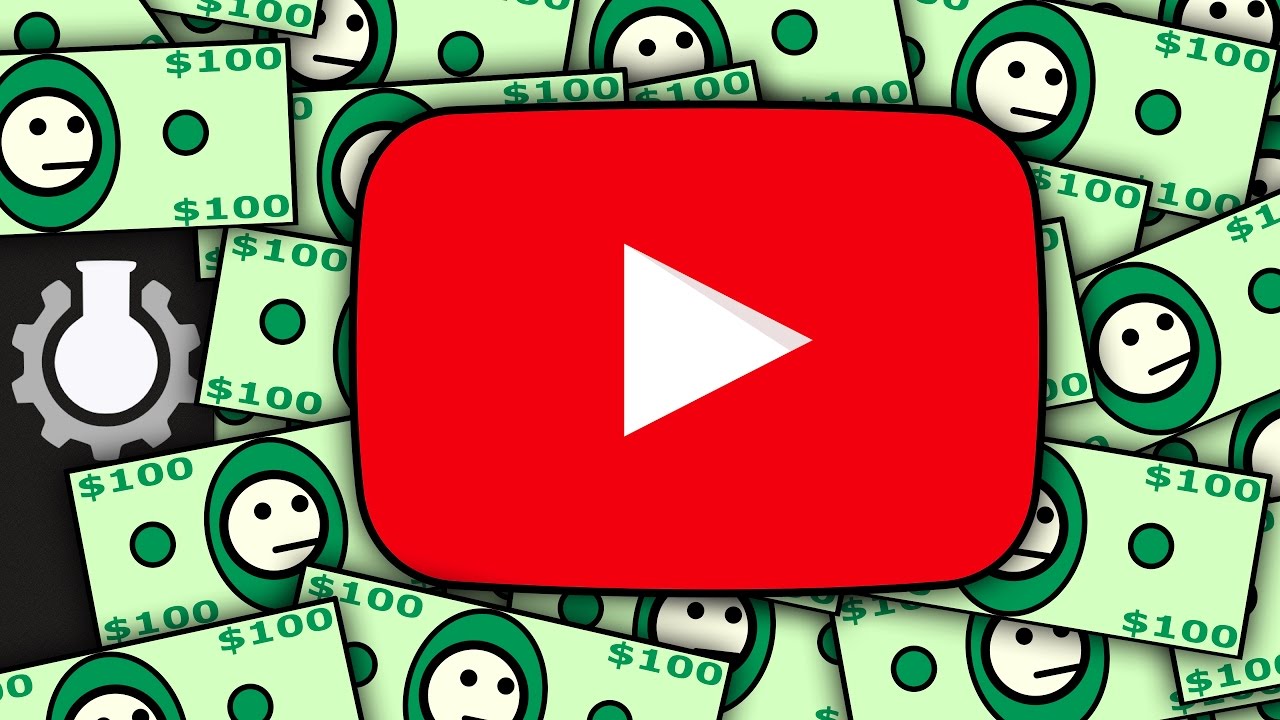 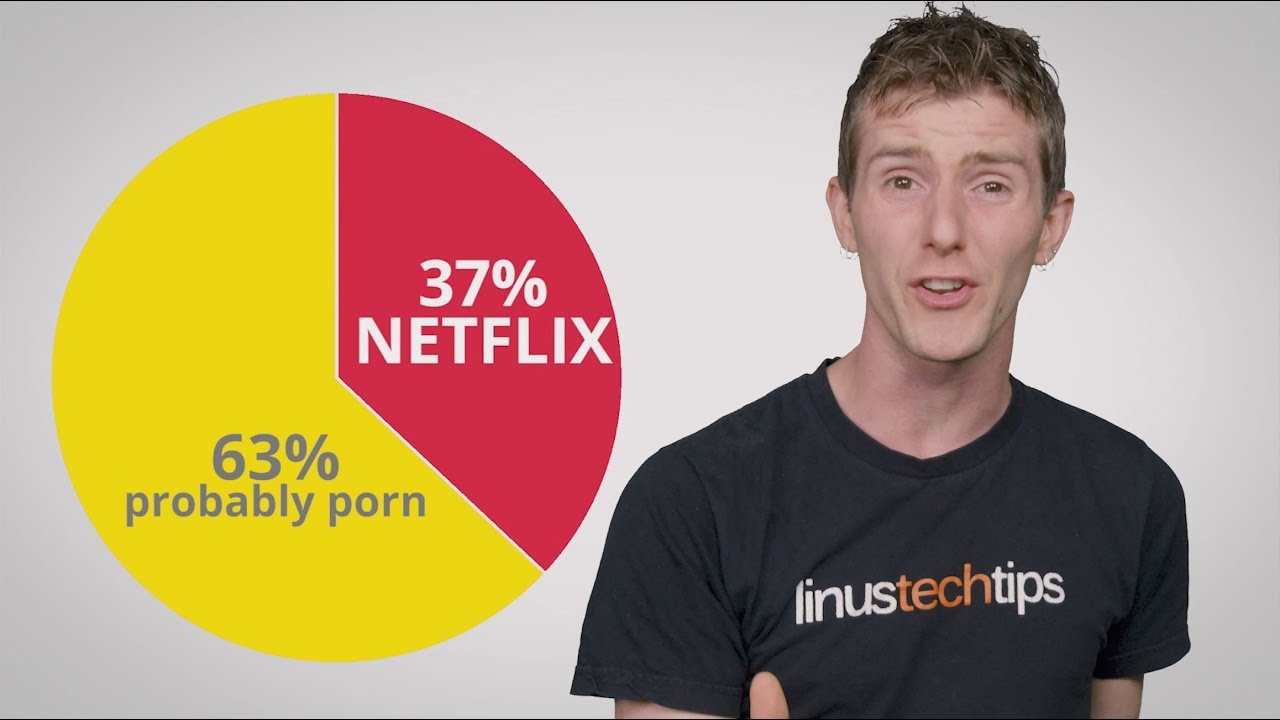 Please, please, please help protect our internet. I promise, you'll be sorry if you don't.