Little in the way of new features

Google didn’t say a word about its newly refreshed Chromecast onstage in New York last week. And it’s not hard to understand why: the latest Chromecast is very, very similar to the prior model. It’s still $35. The best it can do for video quality is still 1080p. And it’s still a streaming gadget that is completely dependent on other devices — such as your smartphone — for telling it what content to play. There are very slight improvements, but whereas the Pixel 3 is a showcase of how far Google’s hardware efforts have come, the third-generation Chromecast feels a bit stuck in place. It’s a refresh for the sake of newness.

The new Chromecast is still a round dongle that hangs down when plugged into your TV’s HDMI port. It trades the Chrome logo of older models for the same Google “G” stamp found across the Made by Google lineup of Pixel phones, Home speakers, and Chrome OS devices. Google designer Katie Morgenroth says it looks “like a little macaron.” To me, the 2018 Chromecast looks like an oversized piece of Mentos.

Our review of Google Chromecast (2018) 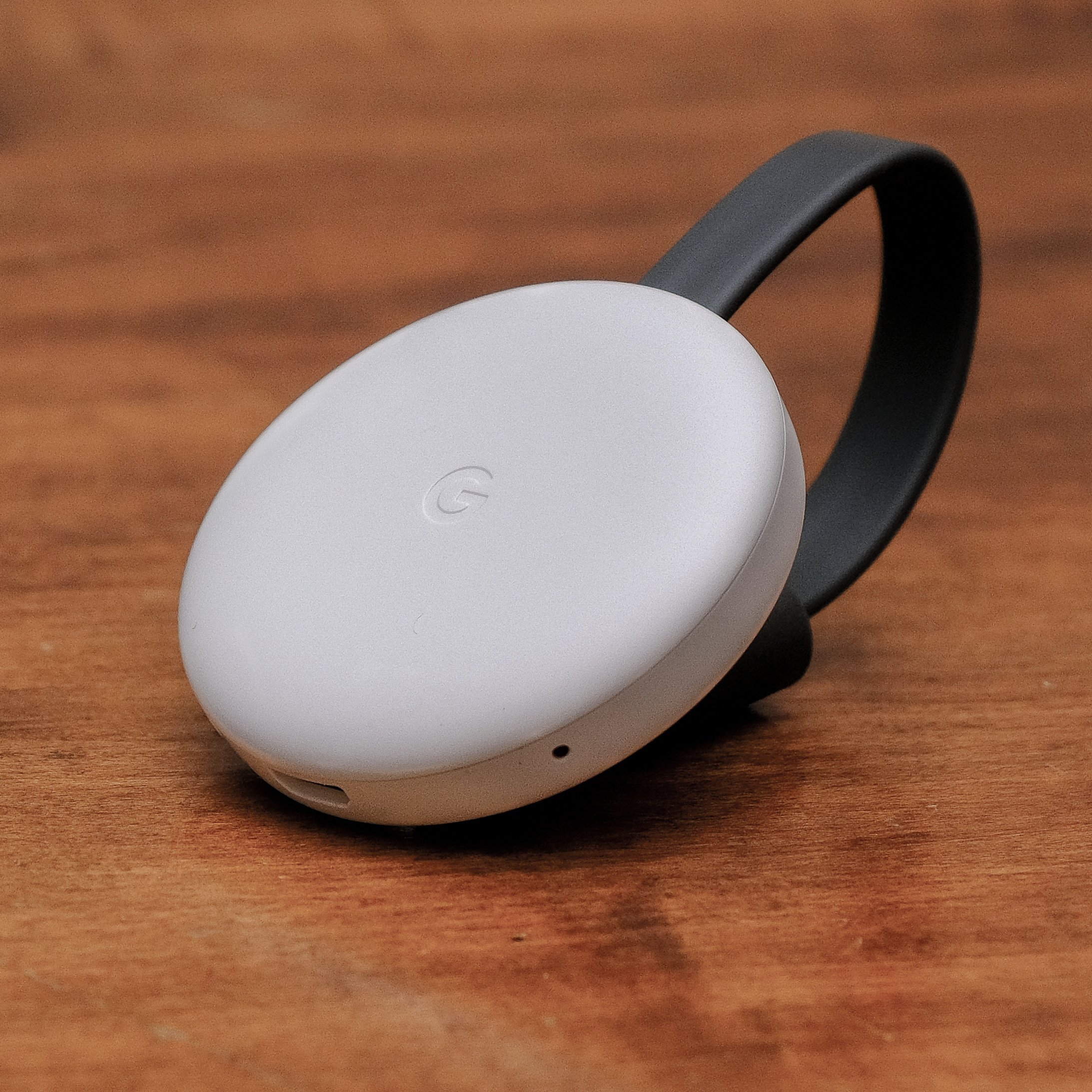 Either way, I prefer it over the glossy, scratches-if-you-look-at-it-the-wrong-way style of the second-gen hardware. There’s still a Micro USB port for supplying power to the device. The design is nicer and an improvement, even if these things matter little for a product that’s forever hidden away behind your television screen. One last thing: there’s no longer a magnetic attachment between the puck and HDMI cord.

After it’s been set up, the Chromecast continues to offer a very minimal on-screen interface. When not streaming videos or music, you can have it cycle through your favorite Google Photos albums or a pleasant mix of images curated by Google. There are no built-in apps or any kind of menu system to speak of. Google is still running with the notion that all the apps you need are already on your phone.

That’s true enough, and the device’s Guest Mode allows for a convenient, communal sharing of the TV when other people in your living room want to show everyone a YouTube video or play a song from their own Spotify app. The Cast button is everywhere; the major exception is Amazon Video, which continues to completely ignore Chromecast all these years later. The redesigned and now easier-to-use Google Home app on Android and iOS is where you’ll go to adjust the Chromecast’s settings, and it also highlights trending content from apps on your phone that support Casting. By the end of the year, you’ll be able to add the Chromecast to multiroom audio setups to play music through the soundbar or speakers hooked up to your TV.

Google says the new Chromecast is 15 percent faster than the second-gen device. But that’s difficult to test or even perceive on a device that most often is just pulling up content requested by your smartphone and lacks any menus to scroll through. Whether it’s music or video, playback begins almost instantly. And screen mirroring from Android phones (or the Chrome browser on PCs) seems like it has less latency than before. If you’ve got a Google Home speaker or a phone with Google Assistant, you can also tell the Chromecast to play something on Netflix, YouTube, and other supported services with voice commands. I really love changing channels on YouTube TV this way.

But the maximum video quality that the Chromecast can stream is 1080p, which is disappointing when Roku is delivering both 4K and HDR at a similar price point with the Premiere. 4K-capable hardware from Amazon and Roku has become very affordable, but to get 4K with a Chromecast you have to step up to the $70 Chromecast Ultra. The main video “upgrade” that the 2018 Chromecast offers is 60 fps playback at 1080p; the prior model only did that frame rate at 720p. That’s nice for YouTube and Twitch content — and it might make the Chromecast a smart buy if Google is serious about its video game streaming efforts. Project Stream could end up being a great trick for Chromecast down the line, but 1080p/60 won’t really factor in when you’re watching movies or TV shows.

The 2018 Chromecast has an improved design and slightly better hardware capabilities than the three-year-old device it replaces. It’ll let you stream content from countless apps. And at $35, it remains an impulse buy. But there’s no one great feature that’s worth the upgrade. And when the competition is flooding the market with compelling alternatives — like a $50 4K streaming stick that includes an Alexa voice remote — Google’s bare-bones Chromecast philosophy might not be enough anymore. Not in a product without 4K, anyway.