NASA photo shows where Hurricane Michael turned out the lights

Nearly a week later, the lights are starting to turn back on

Share All sharing options for: NASA photo shows where Hurricane Michael turned out the lights

When Hurricane Michael crashed into the Florida Panhandle on October 10th, the storm cut power to parts of Florida and Georgia in its path, new NASA images show. The pictures are a stark reminder of our energy infrastructure’s vulnerability to natural disasters.

The pictures went up today on NASA’s Earth Observatory blog, but lights have started to turn back on since the “after” image was snapped on October 12th. At this point, the number of customers without power has dropped to 163,000 from the 2.6 million that lost power after the storm, according to the Edison Electric Institute. (To be clear, that count reflects the number of meters that aren’t getting electricity, not the number of people, which is probably higher.) 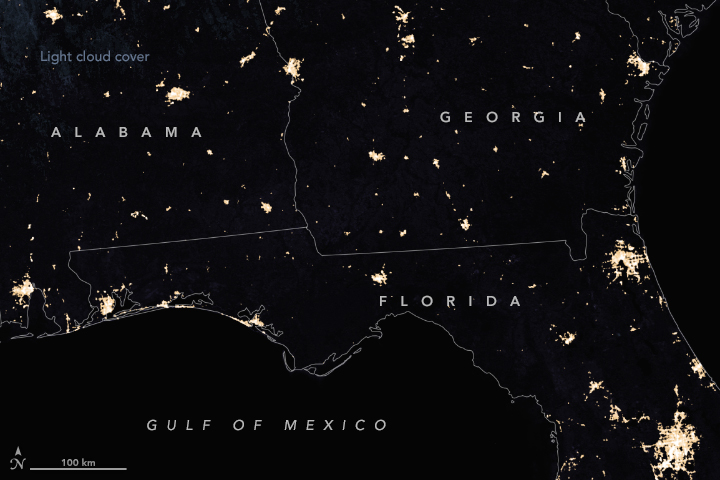 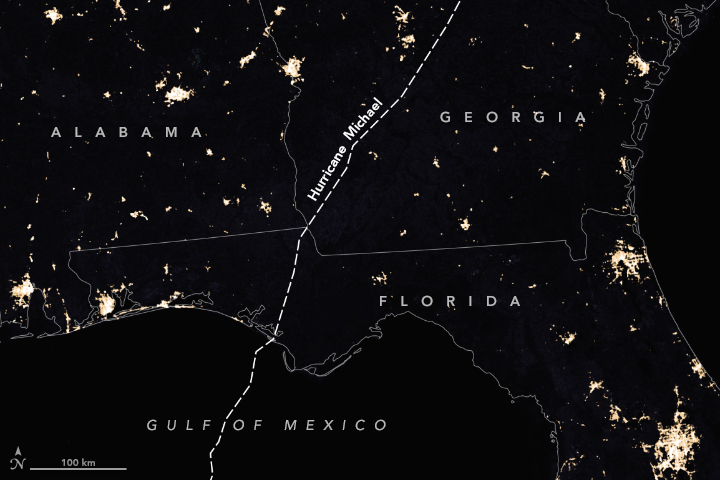 Some areas may have to wait weeks or even months for the grid to be repaired enough for the power to turn back on, NASA’s Earth Observatory says. That’s a lot of time for people to be without electricity for things like powering refrigerators, charging up medical devices, and running AC units.

So why don’t hurricane-prone regions like Florida bury their power lines instead of stringing them up just to be torn down by powerful winds? Last year, 6.7 million of Florida’s electricity customers lost power after Hurricane Irma hit, according to the US Energy Information Administration. That’s almost two-thirds of the customers in the state. 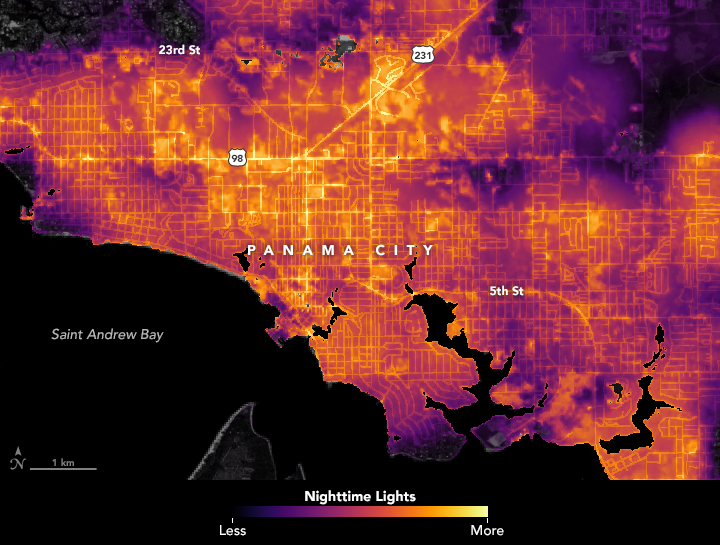 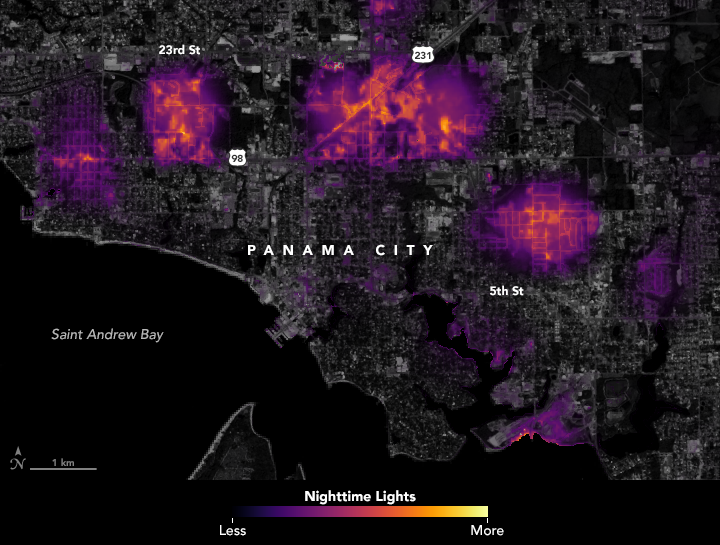 A data visualization of the lights in Florida on October 6th, 2018 before Hurricane Michael struck (left), and after on October 12th, 2018 (right). Scientists filtered out light from anything with a natural glow — like from moonlight, or fires. And they paired it with neighborhood info from OpenStreetMap.
Image: Joshua Stevens/NASA Earth Observatory and Image: NASA Earth Observatory; Data: Miguel Román and Ranjay Shrestha, NASA/GSFC

It’s a question that Ted Kury, director of energy studies at the University of Florida, has been studying. And the answer is: it’s complicated, he writes in an article for The Conversation. Sure, burying power lines underground keeps them safe from wind, but it can also increase the risk that storm surge and flooding could damage the wires. Plus, putting wires underground is expensive, and it can make it more difficult to get at the power lines for repairs.

Power companies have to weigh the pros and cons of undergrounding versus more mainstream strategies like making sure a stiff wind won’t topple trees onto power lines. And as climate change increases hurricane intensity, the stakes for that calculation will continue to rise.