Beards, baths, and beyond

Share All sharing options for: Red Dead Redemption 2 improves some of my favorite parts of The Witcher 3

When The Witcher 3 came out in 2015, it completely redefined what I expected from an open-world video game. CD Projekt Red’s fantasy epic was not only huge, but it was filled with the kinds of details that made its world feel surprisingly real. Its structure made it feel like I was experiencing hero Geralt’s life, instead of being pushed through a typical video game story. It became the game I compared all other blockbuster games to, my reference point against which all other huge open-worlds were judged.

With the release of Red Dead Redemption 2 today, I think that’s going to change. Rockstar’s latest release is very different from The Witcher in a lot of ways. It swaps violent high fantasy for a gritty Wild West, and its world is rooted in reality. You wield flimsy firearms instead of magical incantations or ancient swords. Even still, the games share a lot in common, in particular, a focus on seemingly minute details that all add up to create a dense, vibrant world that’s rich with character.

Three years later, Red Dead’s sequel has improved on many of the things that made me so enchanted with The Witcher. Here are a few examples.

Oh, Roach. Geralt’s trusty steed was one of the more charming and more infuriating aspects of The Witcher 3. What made Roach so wonderful was that he was always there. Even if you couldn’t see him, all you had to do was whistle, and he’d come running. It was a comforting feeling that your most trusted ally was always just one call away.

In practice, though, it didn’t always work as intended. I didn’t experience many technical glitches in my time with The Witcher 3, but pretty much all of the bugs I did encounter were related to my horse. Roach would run into a tree when I called him and not be able to find a way around it. Sometimes things were more extreme: Roach would mysteriously start levitating or find himself stuck in a wall. I loved the horse despite this, but he could sure be difficult.

As a game about the Old West, Red Dead Redemption 2 naturally includes horses as a prominent feature as well. There isn’t one singular steed, though; instead, you can buy, steal, or find a fairly huge range of animals to befriend and ride. Surprisingly, this doesn’t make you feel less connected to your horse. They aren’t just nameless animals used for transportation.

For one thing, you can name your horse. I spent almost the entire game with a small creature called Peanut. One of the main reasons I stuck with her for so long — aside from the adorable name — is that you build a connection to a horse the more time you spend with it, which has real, tangible gameplay benefits. That relationship grows when you ride the horse but also when you feed, brush, or simply pat it.

A horse that likes you will run faster, be less easily spooked, have more stamina, and be able to hear your whistle from farther away. These horses can also die, which made me pay even closer attention to Peanut so I didn’t lose her. The most important thing about Red Dead’s horses, though, is that they actually listen. Unlike Roach, they’ll always come when you call. 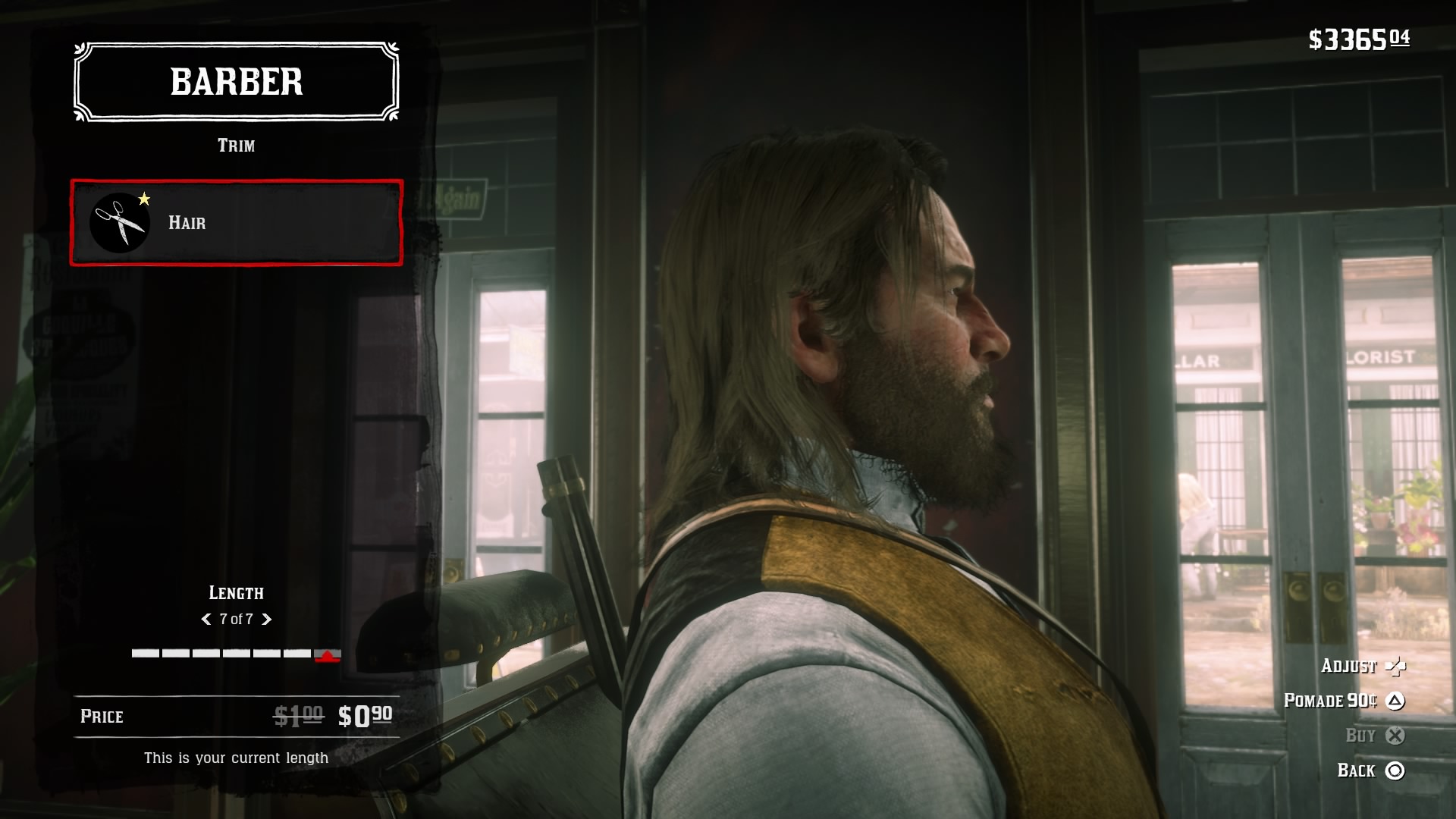 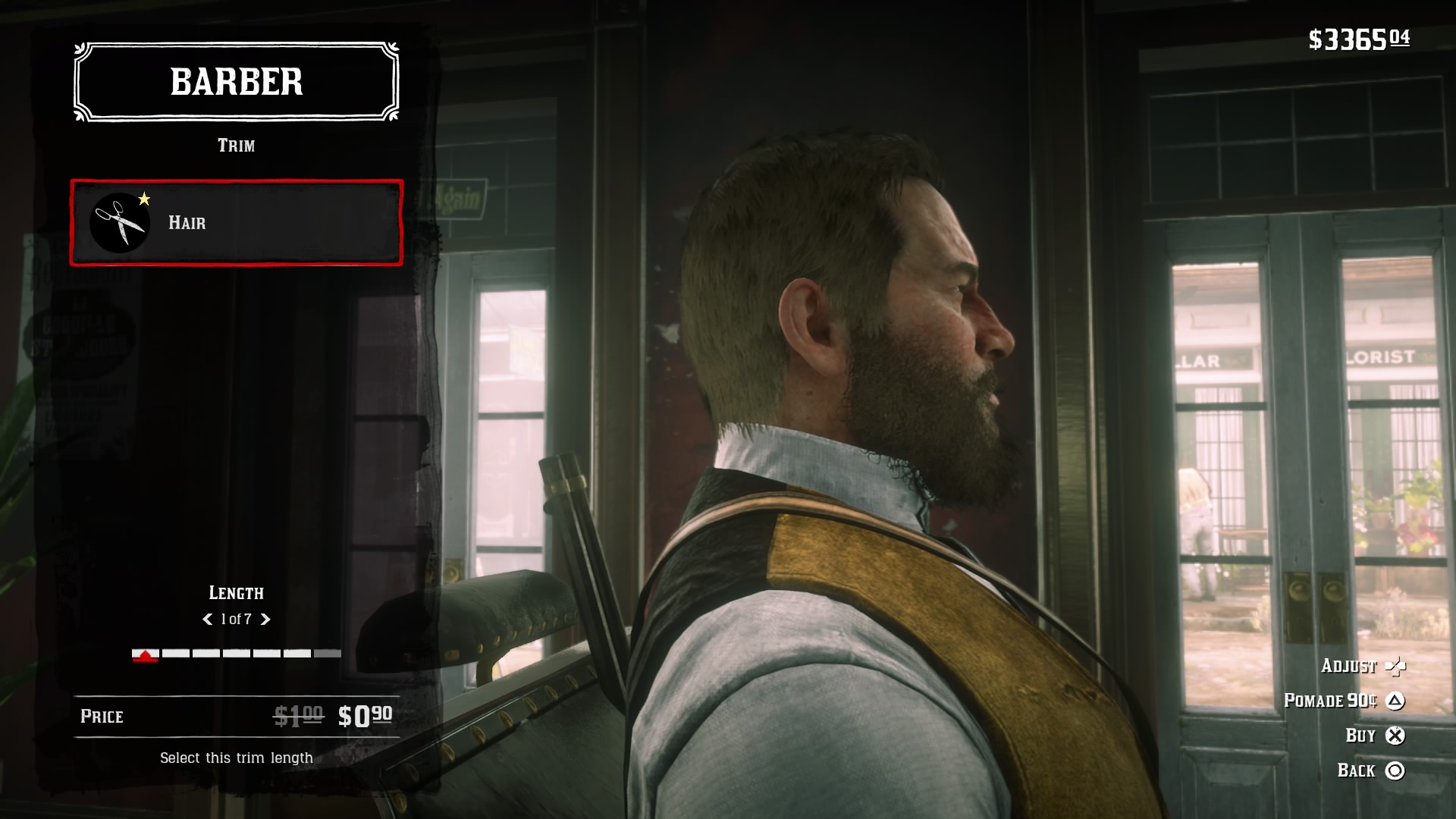 One of my favorite parts of The Witcher 3 — I even wrote a whole article about it — is that Geralt’s beard would grow over time. It sounds silly, and it kind of is, but it also adds a real sense of permanence to the world. Part of the appeal of these kinds of games is their massive scope, the idea that you’re on a huge quest that takes an epically long time to complete. Of course the hero is going to look a little grizzled after all of that.

Beards in The Witcher 3 had some limitations. Geralt couldn’t grow a big, bushy beard, and even though you could visit a barber to clean up, there weren’t a whole lot of options. RDR2 takes things much, much further.

‘RDR2’ takes things much, much further

For one thing, Arthur Morgan — the rough-around-edges lead of RDR2 — can grow out his hair and beard quite a bit. There are few points in the game where the story skips ahead a few weeks, and when you see Arthur afterward, his hair is touching his shoulders and a scraggly beard hides any semblance of his square jaw. You can also make his beard grow even longer if you purchase hair tonic, though I haven’t tried this yet.

His beard and hair also grow very fast, which gives you a lot of room to play around with Arthur’s style. When you go to the barber, there is a range of cuts that are largely dependent on how long his hair is. If he doesn’t have the locks, he can’t have the look.

Because hair grows so quickly, I found myself doing a lot of experimenting with styles, trying to stay in character with the grooming. When I was out in the plains, I didn’t worry too much about stubble. But when it came time to head into town or rob a bank, I’d clean up to play the part. It didn’t really make a difference for how the game played, but it added another layer of role-playing to the experience.

Somehow, the most enduring image from The Witcher 3 is of Geralt taking a bath. (There’s even a figure of it you can buy.) In Red Dead Redemption 2, you can, once again, see a tough dude getting cleaned up — only this time it’s an interactive, instead of a passive, cutscene.

At most hotels, you can spend $0.25 to take a bath, and the game actually asks you to push buttons to wash different body parts. It’s strange, silly, and takes a surprisingly long time. Now it’s time to wait for Arthur’s own soapy action figure.