Should you buy a Walmart gaming PC?

By Stefan Etienne@StefanEtienne Dec 10, 2018, 10:00am EST
Photography by Amelia Holowaty Krales / The Verge

Share All sharing options for: Walmart’s new gaming PCs struggle with the basics

Walmart began selling its own Overpowered-branded gaming PCs this fall, including both desktop and laptop variations. The devices were designed and produced via a partnership with Esports Arena, which runs the first dedicated e-sports arena in North America.

It might seem unexpected that one of the largest retailers in the world has decided to join the world of PC gaming, but the industry’s rapid growth — thanks to games like Fortnite — gives Walmart all the reasons it needs to cater to a new market.

But winning over fickle and particular PC gamers can be a challenge. Simply mentioning, “Walmart gaming laptop” to some of my clanmates resulted in laughter, followed by an interrogation: “You went to Walmart of all places, for a gaming laptop?” Unknown gaming brands come with a variety of questions and concerns around build quality and technical support. For example, who will you call if there’s a technical issue?

Walmart is seemingly aware of these concerns, so in order to entice skeptical buyers, it’s doing what it does best: slashing prices.

For $1,299, the Overpowered 17+ has a far better value for the screen size and specs than laptops you might find from Asus, MSI, and Razer. For that price, it’s difficult to find a Core i7 processor, dedicated graphics, a 144Hz full HD screen, backlit keyboard, Windows Hello facial recognition, and even an SSD / HDD storage combo.

It’s a spec sheet that should allow you to play most new PC titles at medium to high settings, but in practice, the 17+ doesn’t perform as well as it should. Unfortunately, no amount of cost savings can make up for Walmart’s inexperience with PC gaming hardware.

Our review of Overpowered 17+ 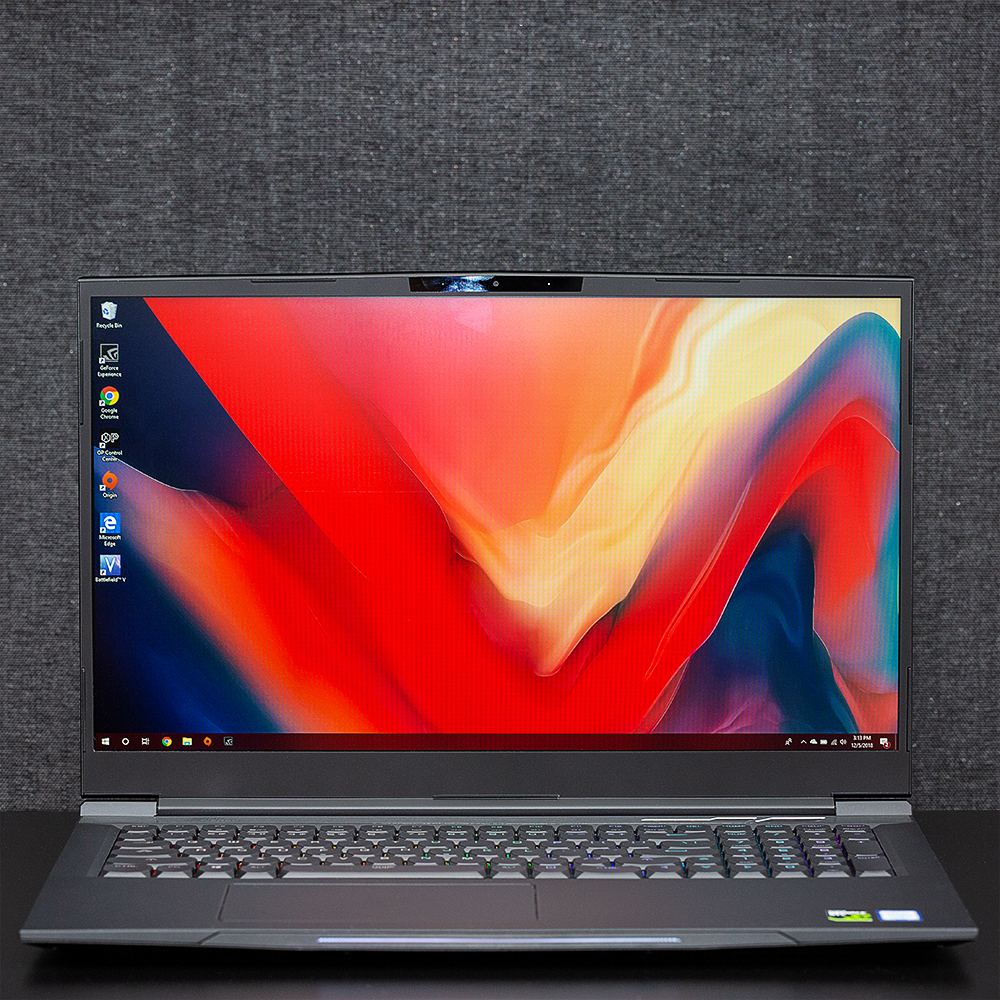 Walmart’s manufacturing strategy for the Overpowered products differs whether its a desktop or laptop model. A representative explained that Esports Arena chose the specs for the devices and then used a tweaked reference design for the laptops and contracted a “Fortune 100 manufacturer” for the desktops. The company would not confirm who manufactured the reference design and declined to name the desktop manufacturer.

Overpowered PCs are not original PCs

Using a reference design for a gaming laptop is not uncommon. These “white label PCs” are computers produced by ODMs (original design manufacturers), like Compal and Clevo, then are rebranded and sold by other retailers, such as CyberPowerPC or iBuyPower.

The big difference between Walmart and CyberPowerPC selling rebranded computers is the latter has established its own brand presence and has a history of reliable technical customer support. To test out how Walmart handles this crucial piece of the customer experience, I called Overpowered’s support line, which turns out to be really just several automated menus that eventually lead to a general Walmart representative who could only offer to exchange a product if it turned out to be defective. They were unable to help me with any technical questions or problems.

On top of customer service, good build quality can be difficult to achieve with this type of approach. Solid build quality can be the differentiator between first and second place for machines with identical specs. Unfortunately, Walmart and Esports Arena struggle in this area. The new Overpowered desktop was recently pulled from its Walmart listing, after a number of videos and blogs highlighted various build issues from the factory. A company representative explained that the desktops were removed to “update product information” in their listings. At time of publication for this review, the desktops (and laptops) were back up for sale with lower prices than originally.

Overpowered has already had its first build quality fiasco

While the Overpowered 17+ unit I’ve been using hasn’t had any serious issues — besides a blue screen of death (BSoD) during a graphics driver upgrade — it still feels like a thoughtless design. The all-plastic body is chintzy and somehow made even more tacky with one of the worst gaming PC logos I’ve seen. The screen itself can exhibit noticeable flex, as do the corners of the palm rests. If the best gaming laptops this year were fine metal cutlery, then what you’re looking at here is plastic tableware.

Things get worse as soon as you touch the keyboard and touchpad. Walmart is advertising mechanical key switches on the 17+, which are unique for a laptop. But those fancy switches don’t provide a satisfactory typing experience. The throw is short, the feedback is faint, and I don’t even like the shape of the key caps. The 17+ has individually backlit keys instead of the single, colored backlight the more expensive Razer Blade 15 uses, but that doesn’t make up for a bad keyboard.

The touchpad and keyboard are equally awful

Much like the keyboard, the trackpad is poor and frustrating to use. It struggles to register single-tap selections, confuses a tap for a right-click if my finger is half way up the surface area, and has clunky, hollow-feeling clicks. Normally, I’d only recommend you use a gaming mouse when playing games, but in the Overpowered 17+’s case, you need to use an external mouse for anything you want to do on the computer.

Perhaps thanks to that plasticky chassis, the Overpowered 17+ weighs 5.65 pounds, making it several pounds lighter than many other 17-inch gaming laptops that can weigh close to ten pounds. But its large footprint outweighs any weight savings. It’s tricky putting a 17-inch laptop in most of my backpacks, this one being a tight squeeze in particular because of how wide the body is. Seventeen-inch laptops aren’t typically designed to be moved around very often, and the Overpowered model is no exception.

Offsetting some of my disappointment in the chassis is the port selection. There are two USB 3.0 ports and a full-size SD card slot on the right, with one USB 2.0 port, full-size Ethernet, and audio inputs on the left. The back side of the laptop is home to a USB Type-C port (not Thunderbolt 3.0, sadly), two DisplayPorts, an HDMI port, and the power connector. It’s a decent selection that will probably save you from buying dongles, especially if you plan on using the computer for photography or video editing work.

A useful port on nearly every side

Another highlight on the Overpowered 17+ is the screen. It doesn’t have the thinnest bezels, HDR, or G-Sync. However, it’s bright and vibrant enough to be suitable for gaming. Its high refresh rate allows for smoother gameplay than most laptops in this price range. There are even a few game profiles you can choose from in the hardware management app, so you can balance out color reproduction for a specific genre, like an FPS or MOBA. The feature produces a noticeable shift in colors, so I used it often to get the best image I could.

Performance-wise, the Overpowered 17+ is anything but what its name implies. The Core i7-8750H processor is strong — the Razer Blade 15, MSI GS65, and Alienware m15 all use the same chip. But the Nvidia GTX1060 in this laptop isn’t powerful enough to drive 144 fps frame rates in demanding AAA titles. Battlefield V tops out at 70 fps on medium settings or 50 fps on high settings, which is far lower than the screen’s native rate.

Compared to the 15.6-inch Acer Helios 300 laptop, which has the same processor and GPU, the Overpowered computer runs about 10 to 20 percent slower. Where I can hit over 100 fps in Rainbow Six: Siege on the Acer, the Overpowered machine is only able to reach 80 fps. It’s clear that something related to GPU optimization went awry in the Overpowered 17+. The only way you’re hitting 144 fps is playing less graphically intense games, like League of Legends, Overwatch, or Counter-Strike: Global Offensive. This machine is definitely not future-proofed for upcoming PC games.

The Overpowered laptop’s performance is not representative of white-label laptops as a whole. Origin PC’s Evo15-S is a rebranded Max Q gaming laptop that provides a great gaming experience. Rather, it seems that the choices Walmart and its partners made in components and build quality (which allow it to have that attractive price tag) are what bring the computer down.

While the Overpowered 17+ is a far better value for its screen size and specs than what you might find from Asus, MSI, and Razer, it’s not worth recommending. Its gaudy design is marred with a sub-par touchpad and keyboard, with gaming performance hobbled by a graphics chip that can’t take full advantage of the screen. That’s all before we get to Overpowered’s build quality issues, as well as a lack of compelling technical support.

Meanwhile, Walmart should consider rolling back its PC gaming lineup.