But what’s on the inside matters, too

I’ve been using both phones for the past couple of weeks, and I’ve been drawn in by their big screens, clean designs, and easy-to-handle sizes. These are the models for how much phone you can get these days for well below the price of a flagship. But they also have their limits, and the many times I bumped up against those limits were reminders of why there are still good reasons to pay more — or less — for a phone. 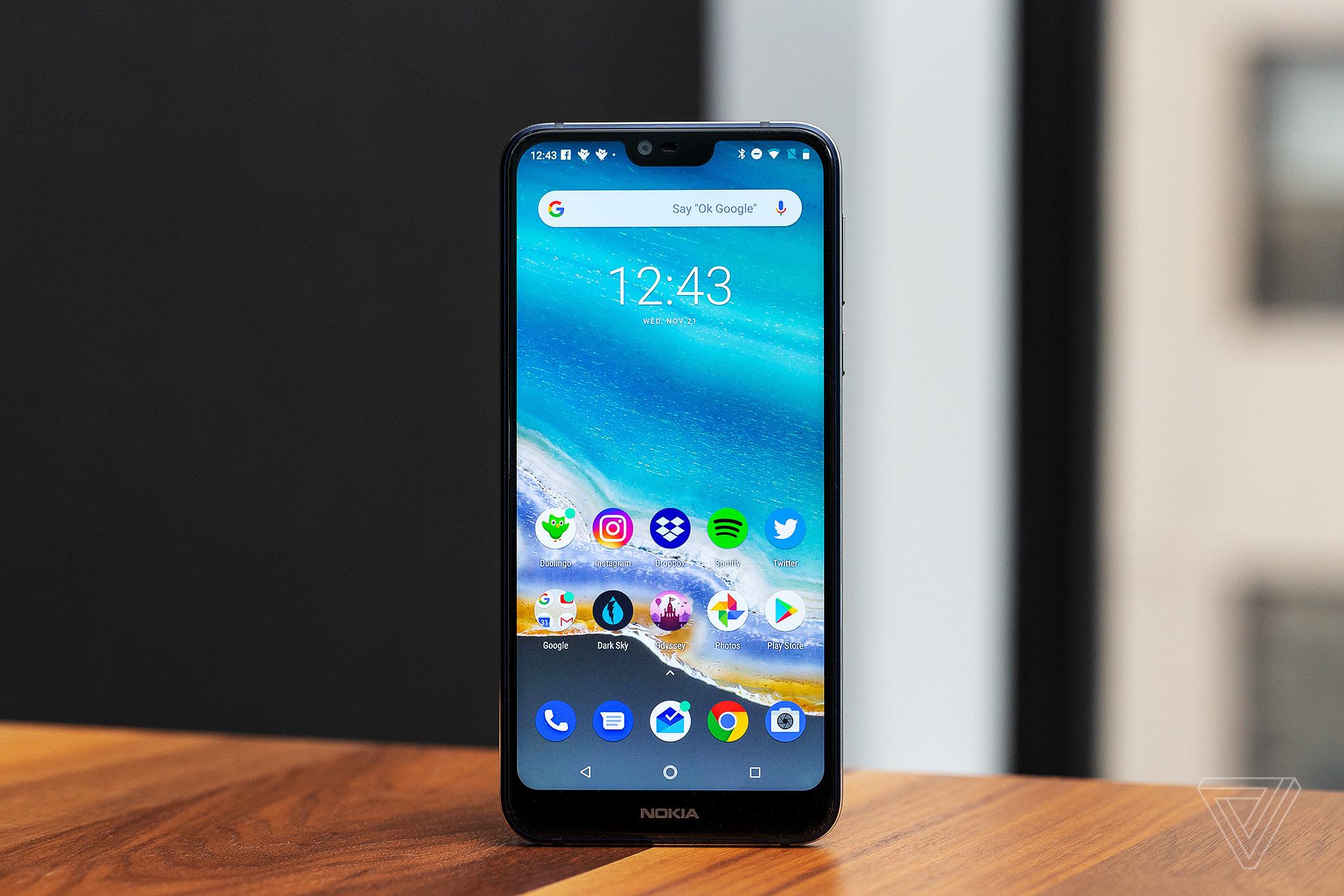 Our review of Motorola One 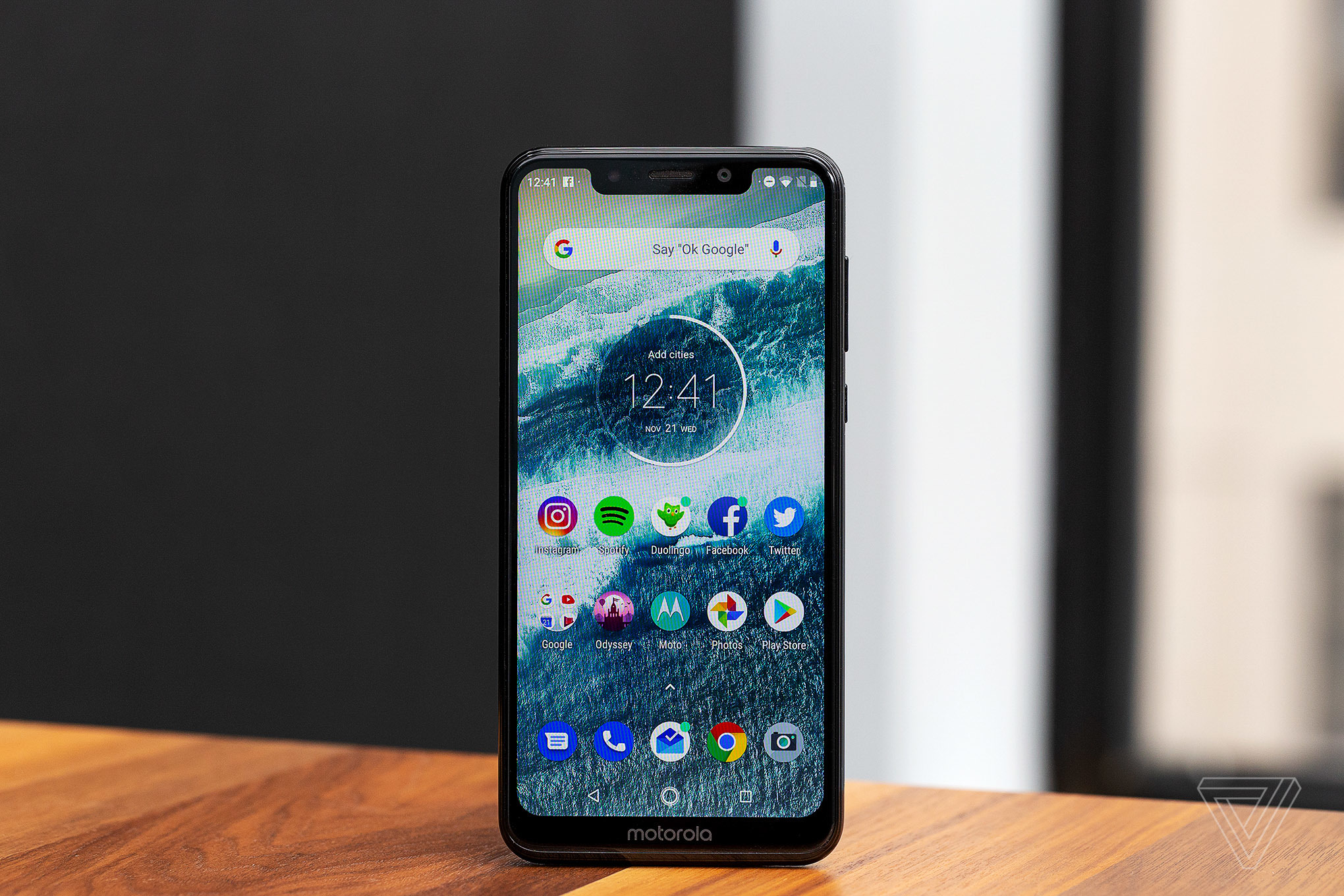 If you buy the Nokia 7.1 or Motorola One over cheaper phones from those same companies, it’ll be because of the screens. Both devices feature close to a 5.9-inch display in a body that’s not much larger than a more traditional 5-inch phone with big bezels. The screens fill up most of the front of these phones for a great, modern look — even if they aren’t in all ways great screens.

The Nokia 7.1 has a distinctly sharper, more saturated display, which I found to be more enjoyable for reading. Its resolution is a bit over 1080p, while Motorola’s phone has closer to a 720p resolution, which means everything on the Motorola One is a touch blurrier. It’s not a problem in use, but side-by-side, the Nokia 7.1’s resolution advantage is striking.

On the other hand, Motorola’s color tuning is far more natural. Its colors are a bit duller and its whites are a bit warmer, while the Nokia 7.1 has a cooler, grayer cast. Honestly, the colors on these phones are so wildly different that I started questioning reality while trying to decide which white was more white and which blue was the true blue. I’m the weirdo who loves a nice cool screen, so I often enjoyed the Nokia, but I can’t ignore that sometimes its colors are downright weird, and you’re a lot better off browsing Instagram on the Motorola One.

Both screens share some downsides, too. They have chins on the bottom and distinct bezels on the sides. I spent a lot of time playing Alto’s Adventure, which is wonderful on the wide screens, but it hasn’t been updated to wrap around the notch, and so either side of it gets filled with black that stands out because of the backlight. I also miss the ambient display features you’d get from an OLED screen, like perpetually showing the time, which aren’t present on either of these LCD-equipped phones.

But the benefits of a tall screen are worth it. The phones look better and are more immersive for having them. On the Nokia 7.1, I particularly appreciate that the entire system has been scaled down a bit so that you can see more on the screen at once. (You can use Android’s settings to make the Motorola One show more than it does by default, but not quite as much as the Nokia 7.1.)

The two phones are nearly the same size, too, and they’re easy to hold and operate one-handed. I had little issue reaching the top of the screen on either device, despite being used to using a much smaller phone day to day. In fact, whenever I went back to my personal phone, a Pixel 2, I felt ridiculous for having spent so much money on a phone that looks like it’s years older than a one-year-younger device that’s almost half its price.

While I found the slightly smaller Nokia 7.1 to be slightly easier to hold, I also think its rigid sides are less pleasant than the Motorola One’s curved edges; its whole design feels a little “corporate-office / who cares / just put the server in that closet over there” bland. Motorola’s phone is much nicer to look at. Even covered in fingerprint smudges, it does a more than convincing impression of an iPhone XR, complete with a glossy glass back.

Then comes the rest of the phones. At $349 for the Nokia 7.1 and $399 for the Motorola One, there are always going to be weak points, and each phone has a few.

The Motorola One, the more expensive of the two, has the most glaring issues. Its processor, a solid two-year-old Snapdragon 625, just can’t keep up, even with the One’s lower-resolution display. Even in casual use, I’d see stutters and glitches as I scrolled through Instagram. Gaming was worse. Alto’s Adventure began to stutter right as I was getting started, and, unforgivably, it eventually crashed in the middle of a personal-best run. Fortunately, the significantly newer Snapdragon 636 in the Nokia 7.1 experienced no such issues, aside from the occasional stutters you’d get when loading almost any app.

Both phones also cut corners when it comes to their cameras. Motorola’s is particularly bad. The rear camera is often slow and struggles with capturing a photo’s highlights, resulting in something that’s both blown out and washed out. The selfie camera, in dimmer lighting, is so grainy that it almost looks stylized.

The Nokia 7.1’s camera is better, but it enters that familiar budget world of “good when the lighting’s good.” In ideal circumstances, the photos are excellent. But in typical circumstances, you’ll find muddy or flat images; on average, though, they’re a lot better than what Motorola produces.

One area the Nokia slips far behind, however, is its single speaker. It sounds distant and hollow, and it made catching up on Duolingo a much more unpleasant experience than usual. It’s also very easy to block the speaker on the bottom of the phone. Motorola’s speaker, on the other hand, was loud and round enough to fool me into thinking it had to be a two-speaker system when it also has just a single speaker on the bottom.

Both phones do have one excellent software advantage over many other Android phones, though: they’re part of Google’s Android One program. That means they run bare-bones, Google-style Android and have promised software and security updates for a number of years. In the middle of testing, both phones were issued updates that take them from Android Oreo to Android Pie. (I didn’t notice any immediate performance differences on the Nokia 7.1; Motorola’s update is still rolling out and hasn’t reached my unit yet.) Both phones are available unlocked as well, though they’ll only work on AT&T and T-Mobile in the US.

Success in the midrange phone segment, that ever-fluctuating area between $350 and however much an iPhone costs, has always been fraught and fleeting. It requires a careful balance of features and trade-offs to create an end result that offers a flagship-like experience at a bargain without sacrificing so much that the cut corners become a problem.

As phones continue to jump toward and beyond the $1,000 mark, there’s a growing space for devices that can bring the flagship experience to a much more accessible price. The Motorola One and Nokia 7.1 make an argument that those devices are worth looking at, even if they aren’t always worth buying. Where they succeed, they can make you feel foolish for ever having spent so much more.

The Motorola One, despite its smooth and stylish package, cuts the wrong corners and ultimately falls flat beside the even cheaper Nokia 7.1. It’s a disappointment, especially given how remarkably well Motorola’s $200 to $300 Moto G line strikes that balance of price and performance.

The Nokia 7.1, on the other hand, feels like a bargain. It has its flaws — obvious ones like the screen colors and sometimes irritating ones like the camera — but not ones that ever make the phone unusable.

Keep in mind that you are paying for looks. Both Motorola and Nokia offer very good phones for under $300, just without quite as much style. If you’re on a budget, you have to ask yourself how much that big screen and modern design matter.

You can get a solid device for less. But still, I love how these phones look.