WarGames gets rebooted as an interactive hacking TV show

Share All sharing options for: WarGames gets rebooted as an interactive hacking TV show

In 2015, British game designer Sam Barlow released a police procedural called Her Story, a game that was almost entirely about watching videos. Players were presented with a virtual computer and a police database, where they could search keywords to bring up relevant clips from an interrogation video. By the end, you unravel the mystery behind a complex homicide, simply by typing words, watching videos, and maybe taking some notes. Yet it was incredibly compelling, sucking you into a non-linear mystery buoyed by the performance of Viva Seifert as traumatized widow Hannah Smith.

“One of the things I liked about Her Story was this sense of intimacy that you got through it being an interactive experience, but also the way it used video,” says Barlow. “The authenticity of the video gave people a real sense of having some kind of dialogue with the character, of there being some kind of connection to it.”

His next project is a reboot of the 1983 film WarGames, created in collaboration with interactive video studio Eko. And Barlow is again merging passive viewing and interactive play in fascinating ways. Like the original movie, WarGames will center around the concept of hacking. But instead of Matthew Broderick trying to stop World War III, it’s about a group of young people navigating the thorny world of hacker-led societal change, deciding how and when to use their skills for the betterment of society at large. For Barlow, it’s a chance to expand on what he built with Her Story, while pushing even harder towards the “watching” part of the spectrum. 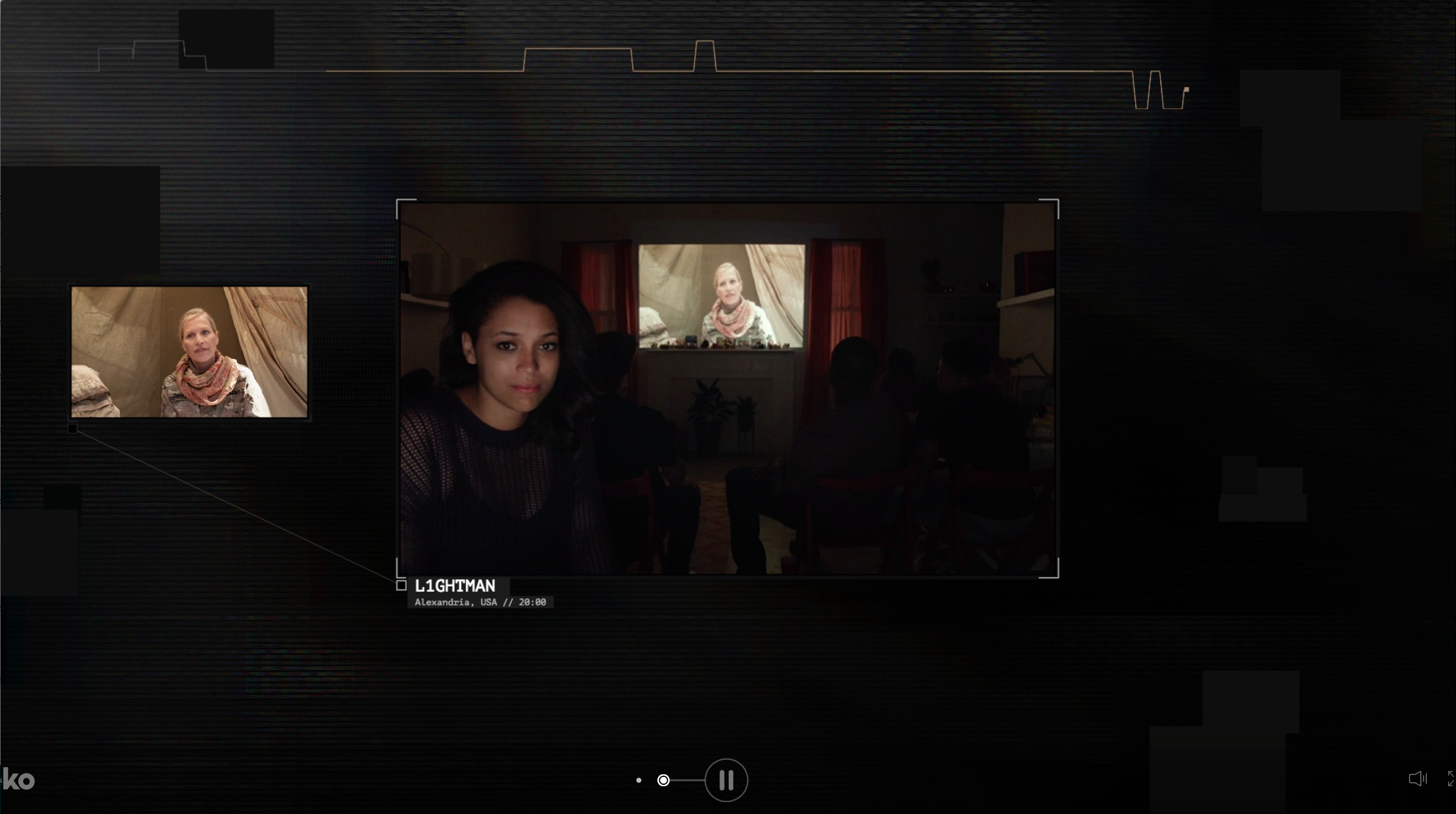 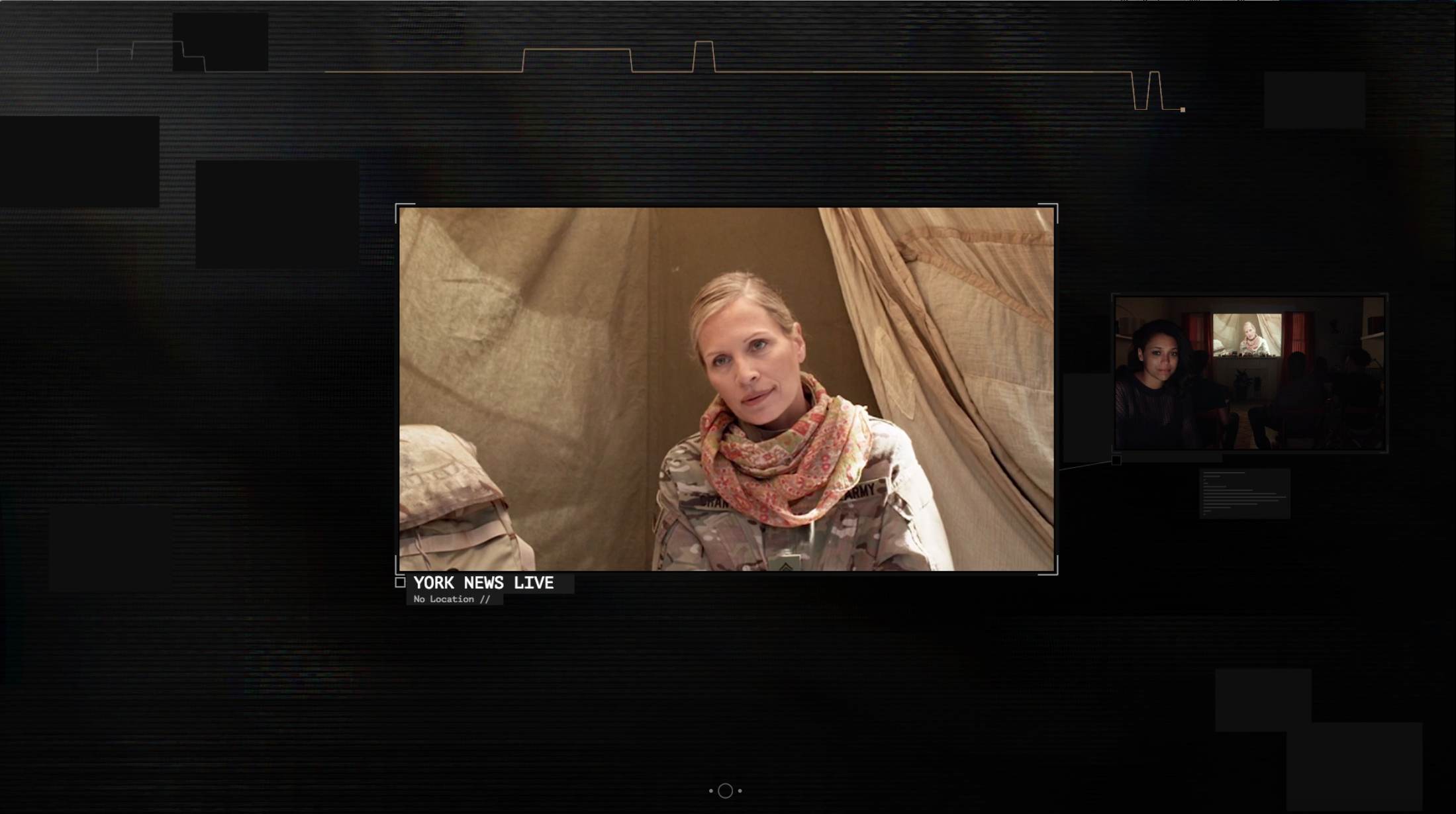 Like Her Story, your primary form of interaction with the new WarGames is watching. You view the story through the computer screens of each of the main characters. At any given moment you’ll have multiple video feeds playing, following the day-to-day lives of the main characters; you’ll see them hacking, watching the news, or chatting online. WarGames stars Jess Nurse as the lead character Kelly, a budding hacker with a conflicted past. She’s also part of a hacktivist collective, and you’ll be able to see the feeds of the various characters on-screen simultaneously, as if you were in front of the collective’s command center.

“I wanted to feel like you were just one other person hanging out online with these kids.”

Barlow’s approach is unusual; most interactive stories and games put choice at the forefront of the experience. In Telltale’s Walking Dead, for instance, you’re regularly prompted to make important decisions that alter how the story unfolds. With WarGames, Barlow makes the process much more subtle. Instead of making explicit choices, you guide the story by choosing which video feed to focus on. The game tracks what you’re watching, and uses that information to tailor the story to your viewing behavior.

“You’re always told as a writer to keep everything in the subtext,” says Barlow. “Don’t put your themes, the conflict with the characters, right in the dialogue. Don’t put them up on screen.” While traditional video games do make their choices and themes explicit, Barlow wanted to explore the more passive act of watching “as a way of gauging your interest, gauging your opinion about the show. And those would be your choices, and then we would use that to steer the story.”

He likens it to being at a party where multiple people are talking. You can hear bits and pieces from everyone, but you can really only stay focused on one story at a time. This is how the game works, too. “The guiding feeling that we wanted to have here was the sense that you were hanging out with these people,” he says. “Most of the content is the kids hanging out online and chatting. Really I wanted to feel like you were just one other person hanging out online with these kids.” 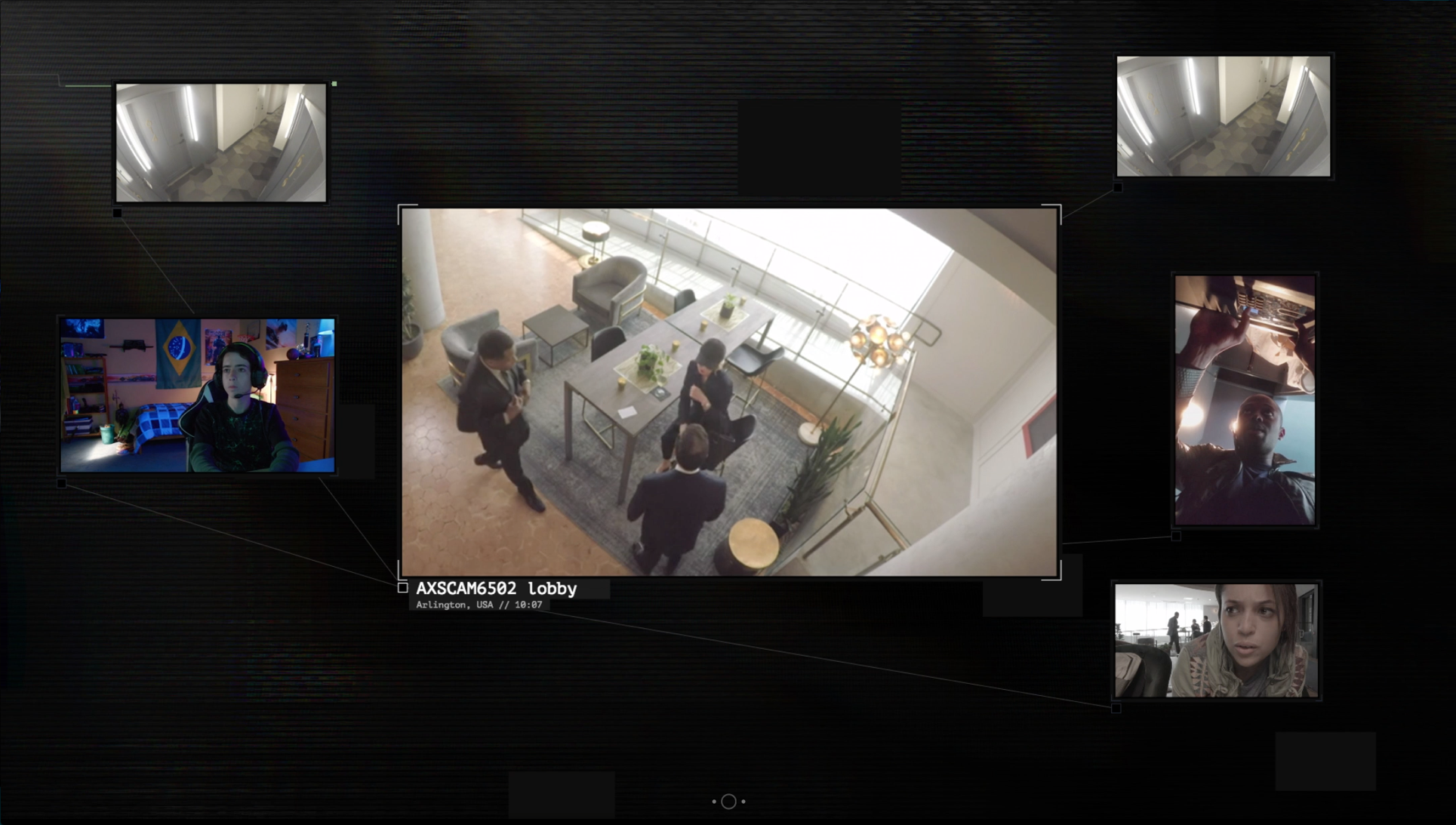 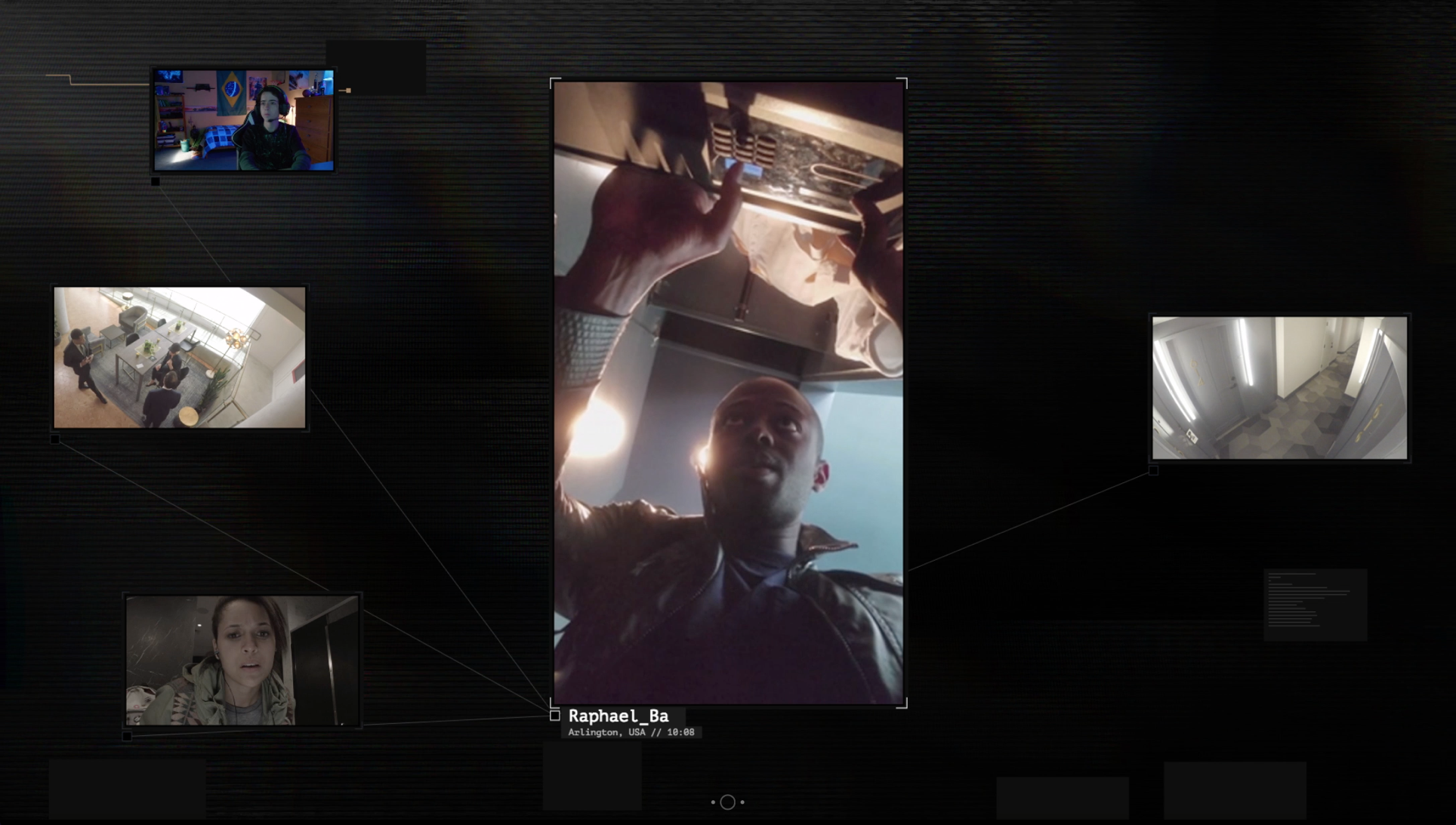 It’s a big shift from what people expect from an interactive story, and also one that puts WarGames more in line with a television show than a typical video game. When WarGames debuts, it will be released as a series of episodes of predetermined length, and the story will progress regardless of whether you decide to interact with it or not. Unlike Her Story, WarGames doesn’t actually require the viewer’s input.

For Barlow, this approach was part of his overarching goal to broaden the audience for interactive experiences. Although Her Story was more approachable to casual users than many mainstream video games, it still demanded much more from players than simply watching a show on Netflix. You had to actively find the game in the App Store, purchase and install it, and then figure out how to interact with it in order to reach the conclusion. These were barriers Barlow was looking to remove with WarGames. “I’m partly excited by the idea of people coming to it and not knowing it’s any different from any other streaming show that they might see online,” he says.

“One of the few hacker movies that was decent.”

Barlow describes the original WarGames as “one of the few hacker movies that was decent and actually reflected some of the realities involved in hacking.” Because of this, he wanted to ensure that everything that happened in WarGames was at least somewhat plausible. “Out of the gate we were super concerned [with accuracy], and especially when a show like Mr.Robot came out and we saw how seriously that show took the hacking,” he says. “It was like ‘Shit, we’ve got to be so on the ball with this stuff.’”

The team hired several consultants, and would run potential hacking scenarios by them to see if they were actually possible in the real world. Sometimes, this quest for accuracy led the consultants to go a little too far in their research. At one point in development, Barlow asked one of the consultants whether it would be possible for a character to break into a particular company’s computer systems. Initially, he was told that it was likely doable, though the consultant wasn’t aware of any similar, successful attempts in the real world.

“Then a week later we got this email from him saying ‘Okay, I’ve basically been pinging their network, and this is the computer they’re using and this is the software they use to handle the security on this thing, and it looks like it’s pretty easy to get in there, I did some poking around,’” Barlow explains. “And we were like, ‘Whoa, whoa, you haven’t actually gone and done this have you?’ And he said ‘Well I’ve only half done it. But it looks completely doable.’” 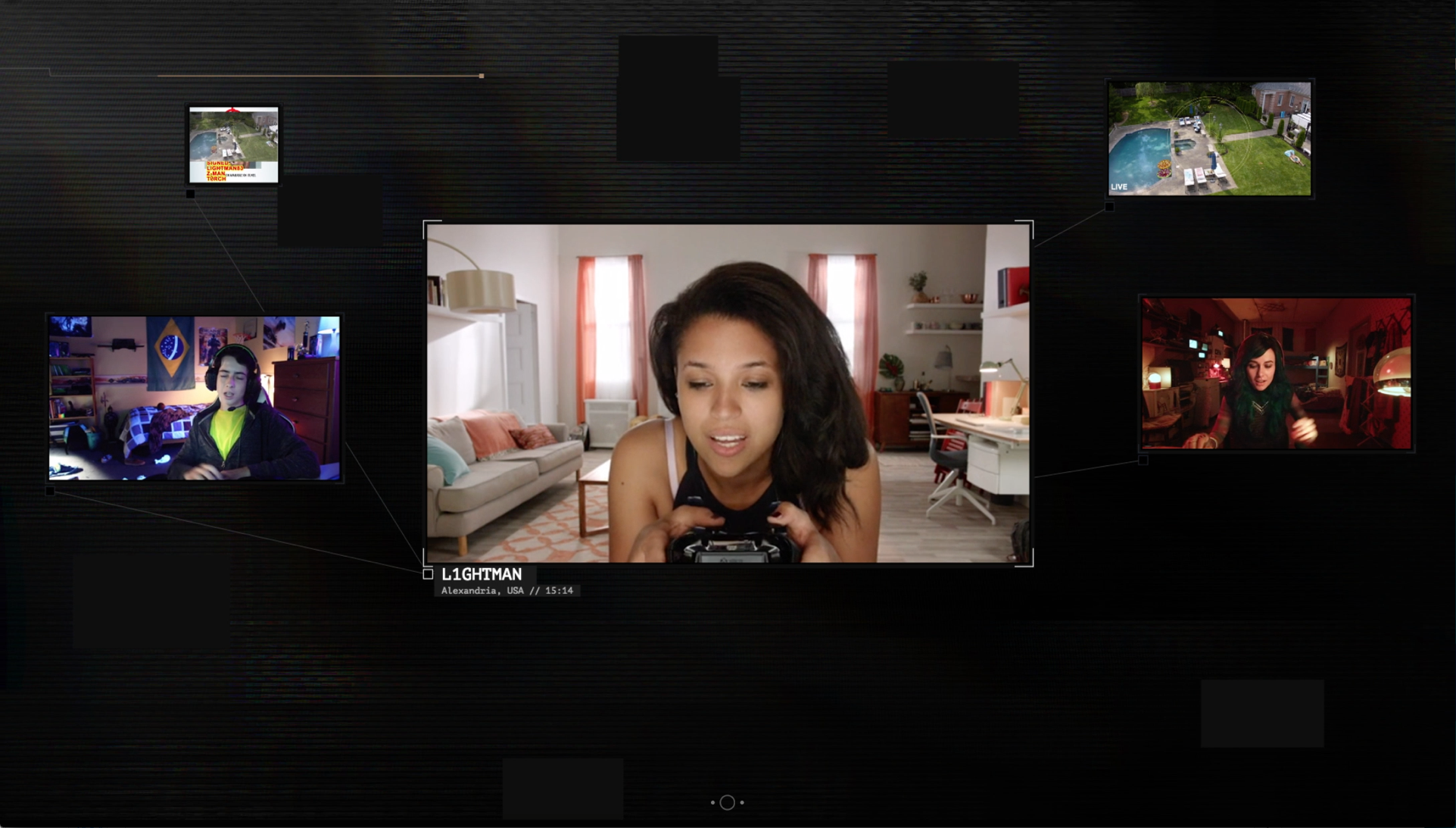 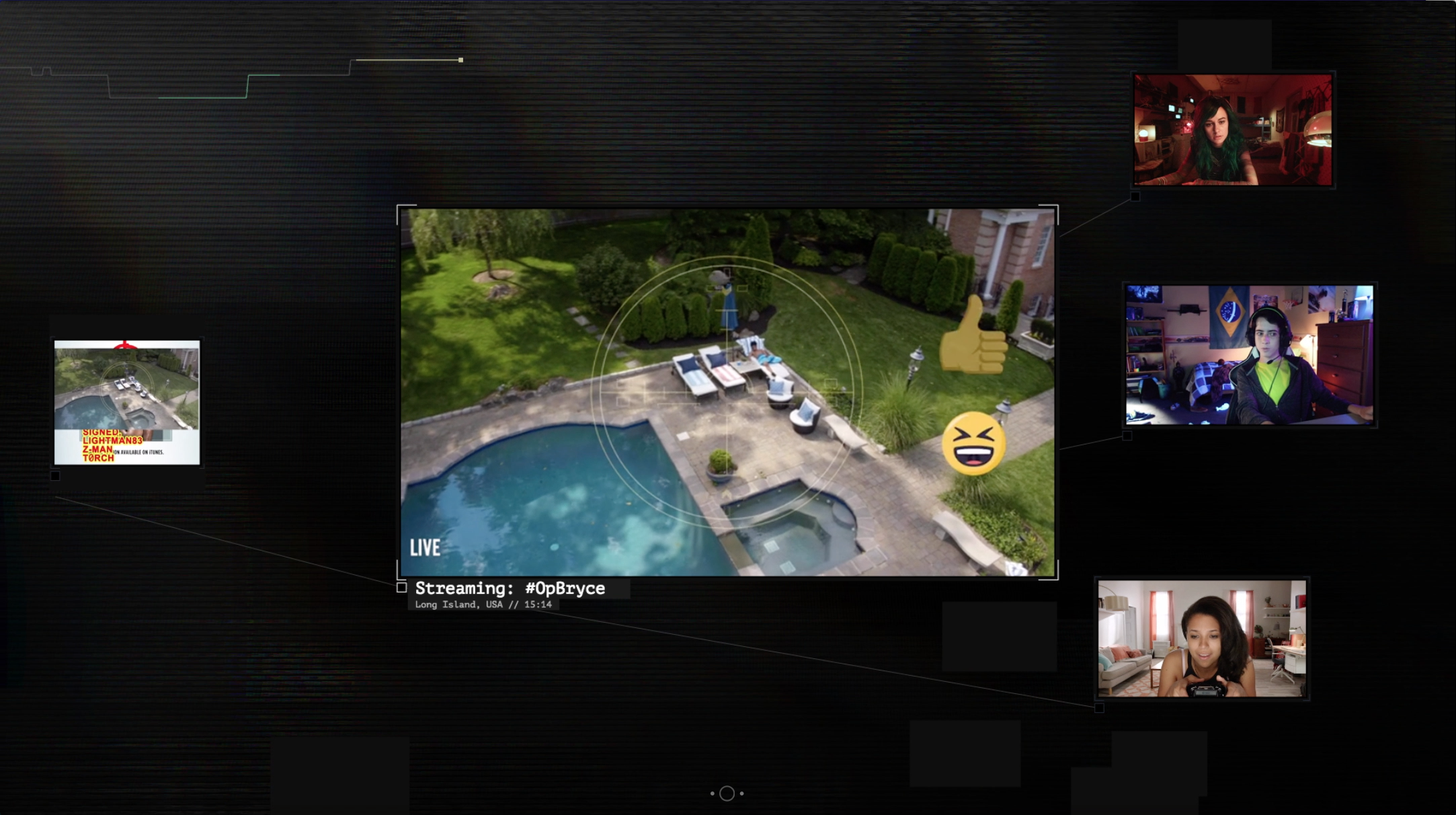 One of the ways WarGames hopes to differentiate itself from the likes of Mr. Robot and Black Mirror is through tone. Where those shows tend to be serious, WarGames plans to offer a much more light-hearted and optimistic outlook, in line with the original film. “What struck me in the original movie was just the charisma of the Broderick character, the humor that he had, the positive naive outlook and the clash between that and the world of his parents,” Barlow explains. “And then looking at the idea of a young group of hackers in the modern day who are also highly socialized, they have their sense of humor, they have fun together, and they want to fix this world.”

There aren’t any details yet about when WarGames will debut, or how people will be able to watch it. Barlow is also working on another mysterious interactive drama, patterning with Annapurna’s games division on a political thriller called Telling Lies. And while WarGames’s shift may hint at a desire to work in more traditional fields like film or television, Barlow doesn’t see himself moving away from interactive storytelling anytime soon.

“If you’re making a linear story, the version you end up with might possibly be the best version, but there are probably equally valid alternative versions,” he says. “The beautiful thing about this medium is that you get to embrace some of that fluidity and actually involve the audience in it. It feels more truthful.”