Share All sharing options for: Galaxy S9 Plus vs. Pixel 2 XL: a new low-light photo champion?

Samsung’s 2018 flagship phone, the Galaxy S9, is the first in the world with an f/1.5 lens aperture. But set aside all the hype about it being part of a dual-aperture system. What I really wanted to know about this change is how it might improve Samsung’s low-light imaging. Having the widest aperture means being able to soak up the most light, so, in theory at least, the Galaxy S9 should be the best cameraphone for situations where light is at a premium. Except, well, there’s Google’s Pixel 2, which has taken over the mantle from the original Pixel as the best all-around camera on a phone. The Pixel achieves superlative results through clever image stacking and processing algorithms rather than pure hardware might. So it could still be the best.

The only solution to this uncertainty, of course, was to put the two cameras to the test. While in Geneva for the Motor Show, I went out for a late-night walk with the Galaxy S9 Plus and the Pixel 2 XL and took a bunch of side-by-side photos. It’s worth acknowledging that the S9 Plus also has a second telephoto lens and a super slow-motion mode that the Pixel lacks — both situationally useful features, which would figure in a more comprehensive camera comparison, but here I’m only interested in the single-camera still photo performance.

You can find the unprocessed, full-resolution Galaxy S9 Plus sample photos in this Flickr album, and the Pixel 2 XL shots in this one. Here is a selection of examples (which include daytime and indoor photography, too) to illustrate my findings from shooting with the two phones. 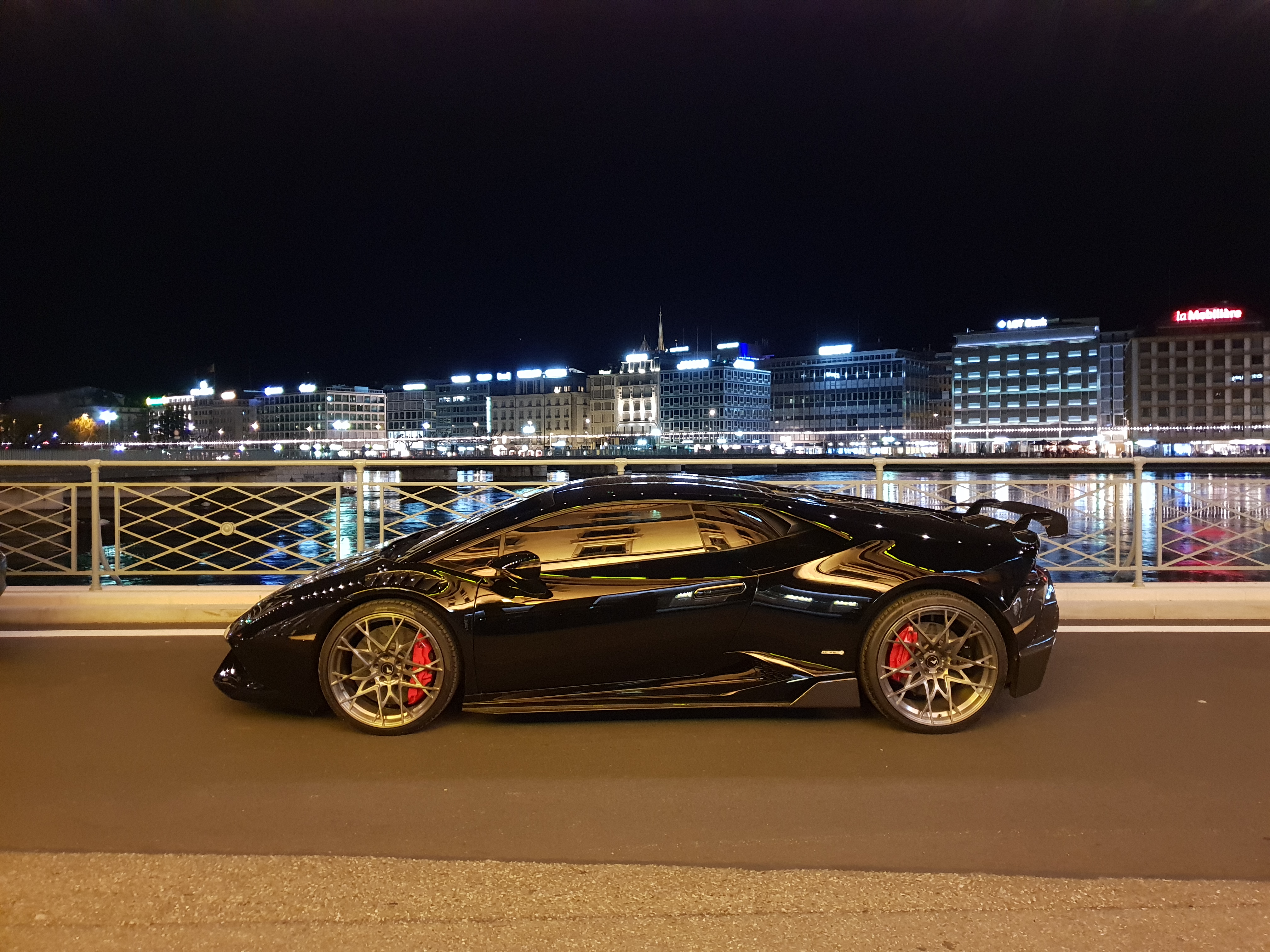 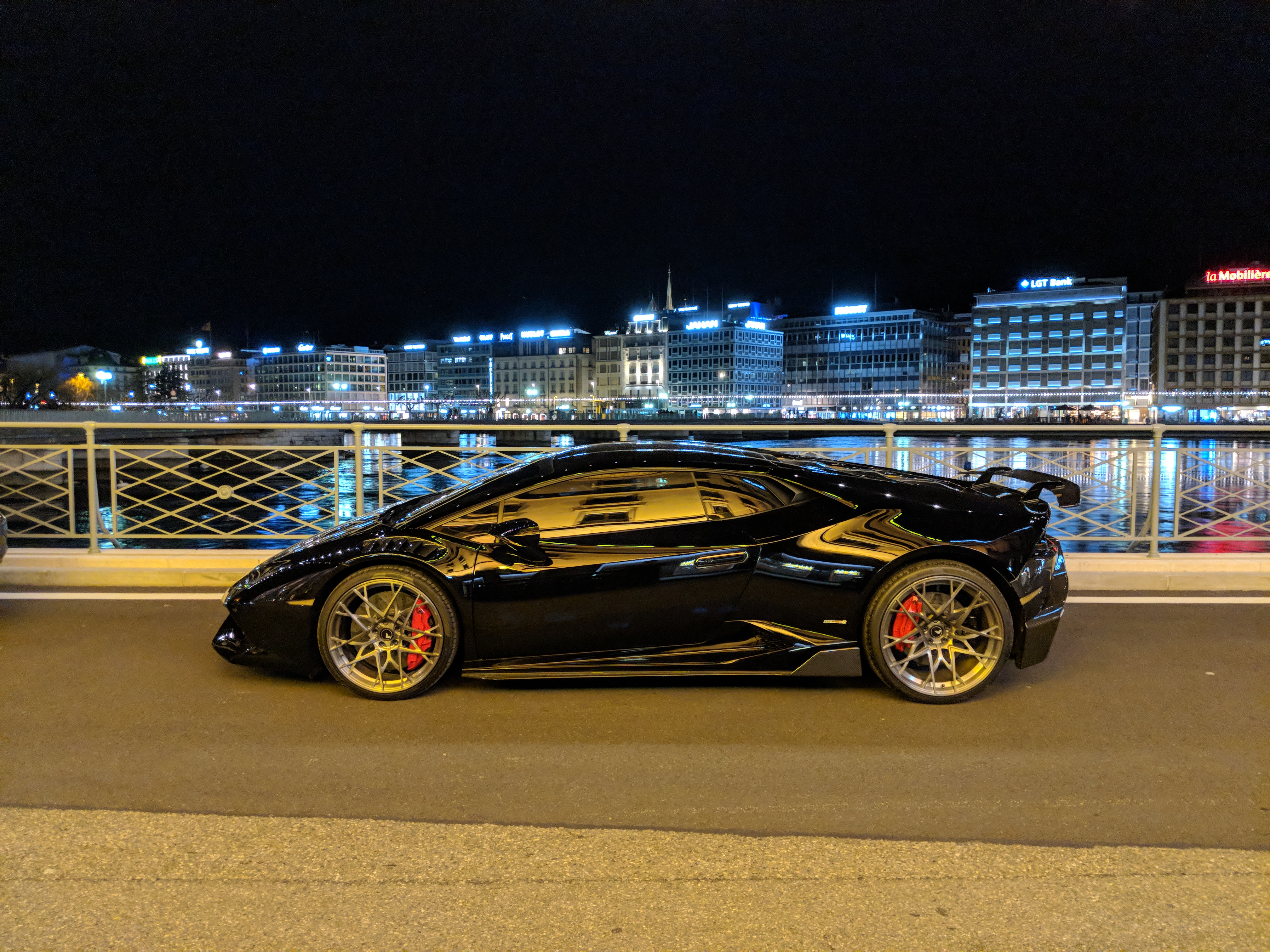 If you want a simple summation of this entire comparison, this Lambo scene provides it. Without zooming in and studying the details, you’ll find it hard to distinguish between the Pixel and S9 cameras. I spent a long time trying to pick out differences and select a winner, but ultimately the distinctions are too small.

Both phones do a remarkable job of amping up the brightness of the scene (which was darker to the naked eye) without destroying the reflections in the lake and the glints of light on the car or wrecking the black sky with image noise. Once you zoom in close, the Pixel exhibits more grain than the S9, but the latter also has a slightly more artificial look because of Samsung’s preference for smoothing that grain out. 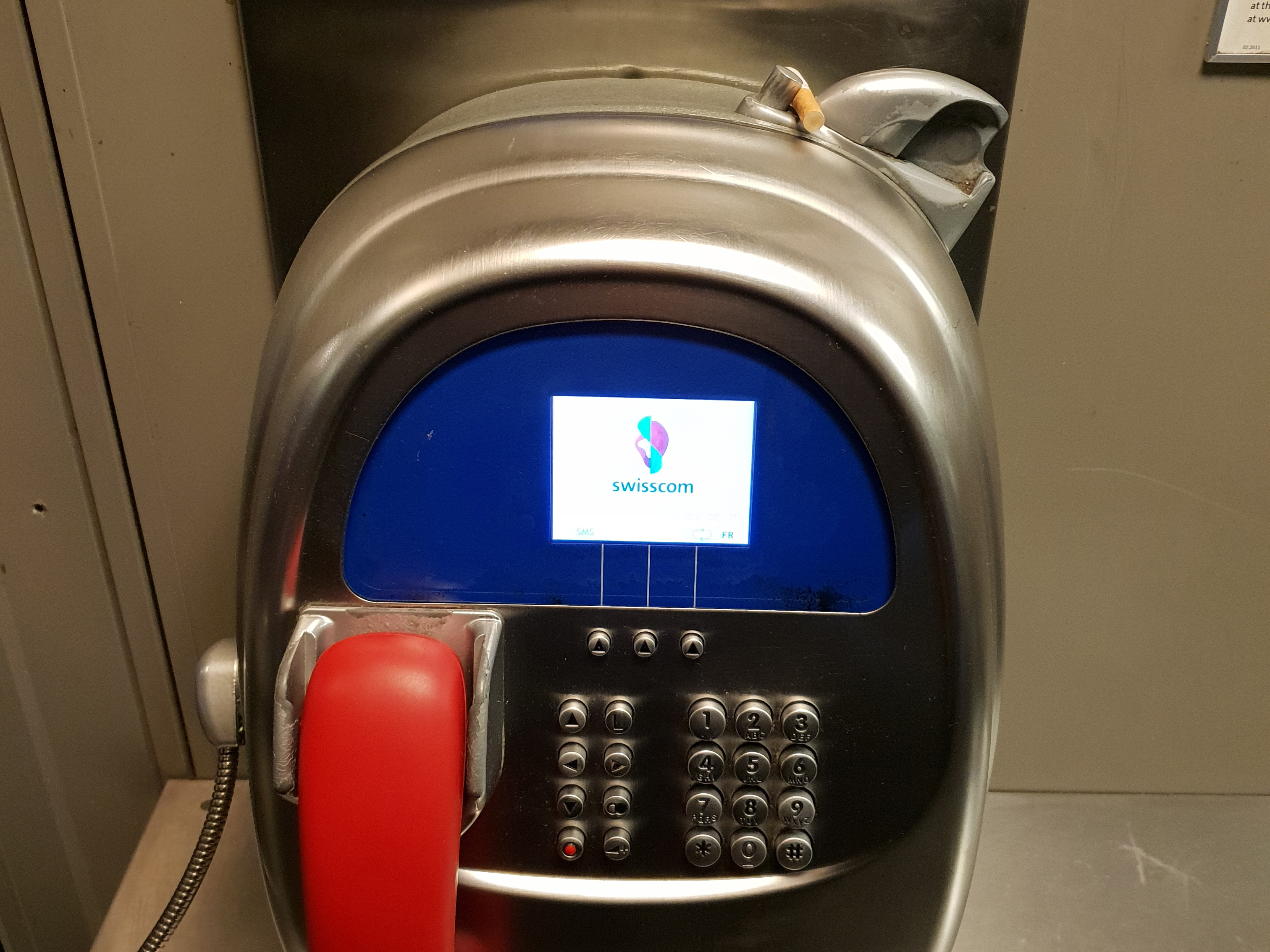 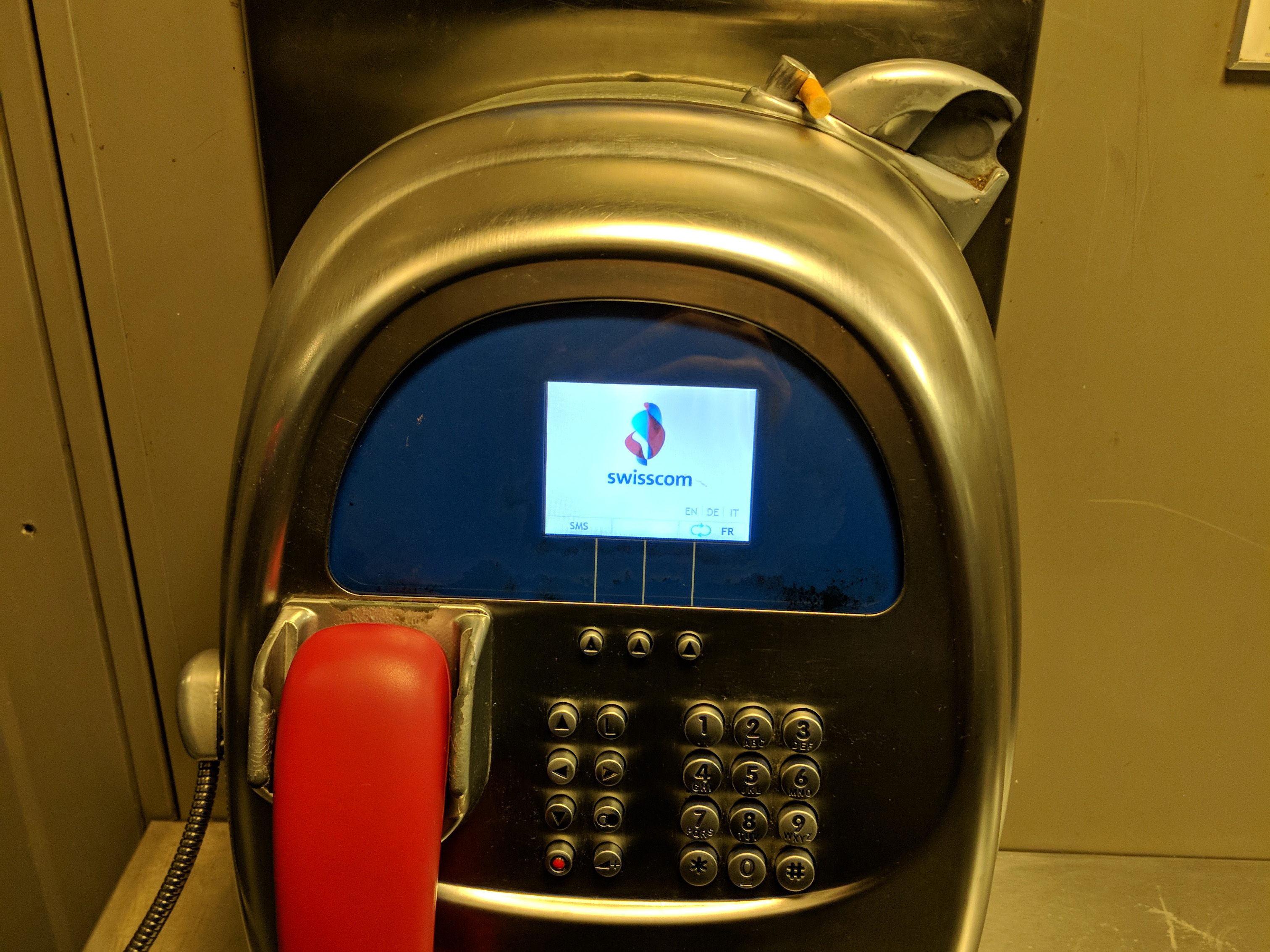 Another image that shows the comparative strengths and weaknesses of each camera well. Under artificial light, the Pixel bathes this phone booth in a yellow cast, whereas the S9 judges the white balance correctly. Neither of them is perfectly sharp on the keypad (which might be my fault for not being steady enough), but the Pixel also exposes the scene better and retains the detail in the Swisscom message on the screen that the S9 blows out. 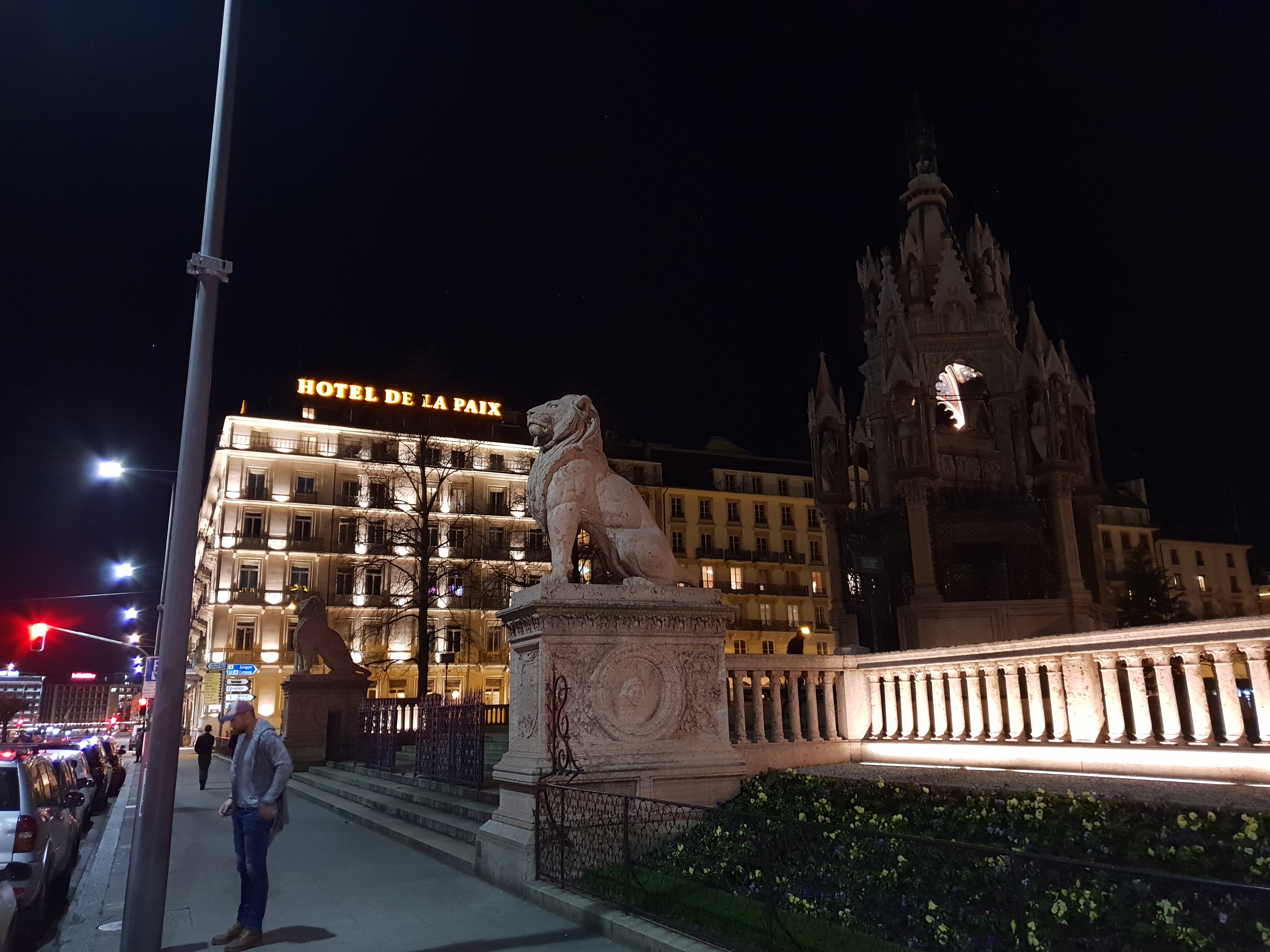 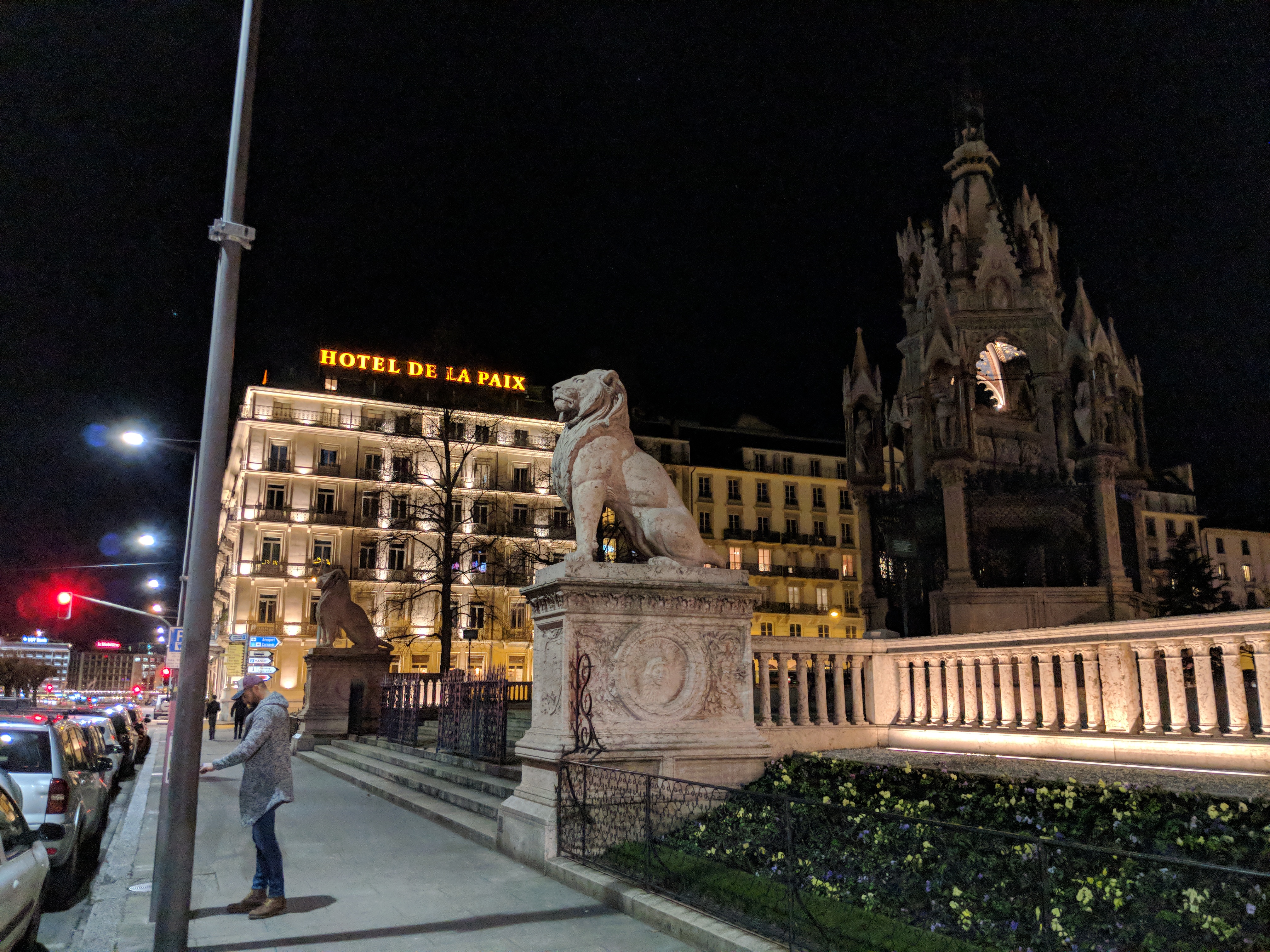 Another situation where the two cameras seem to be very close, but there are meaningful differences here. First, I had to manually reduce the exposure of the Galaxy S9 to match it to the Pixel’s: Samsung habitually overexposes these low-light photos in an effort to make them look like daytime. I find that results in unrealistic and overprocessed photos.

In any case, there are two big differences to spot here. The red traffic light and the streets lights on the left edge of the image are surrounded by huge blobs of image noise on the Pixel photo, whereas Samsung’s shot keeps such imperfections under control. The Pixel does, however, retain more of the color of the image, whereas the S9 looks desaturated. 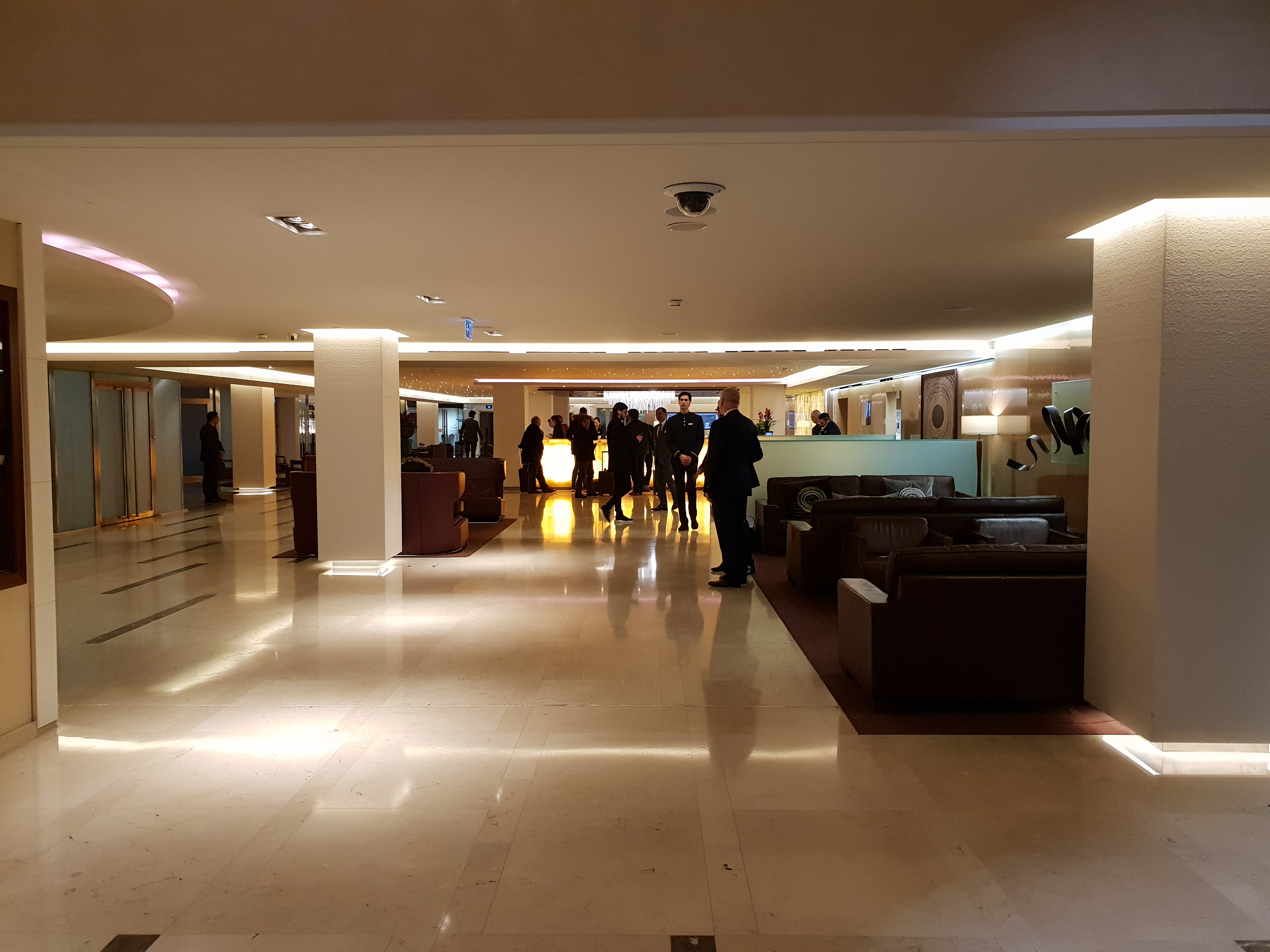 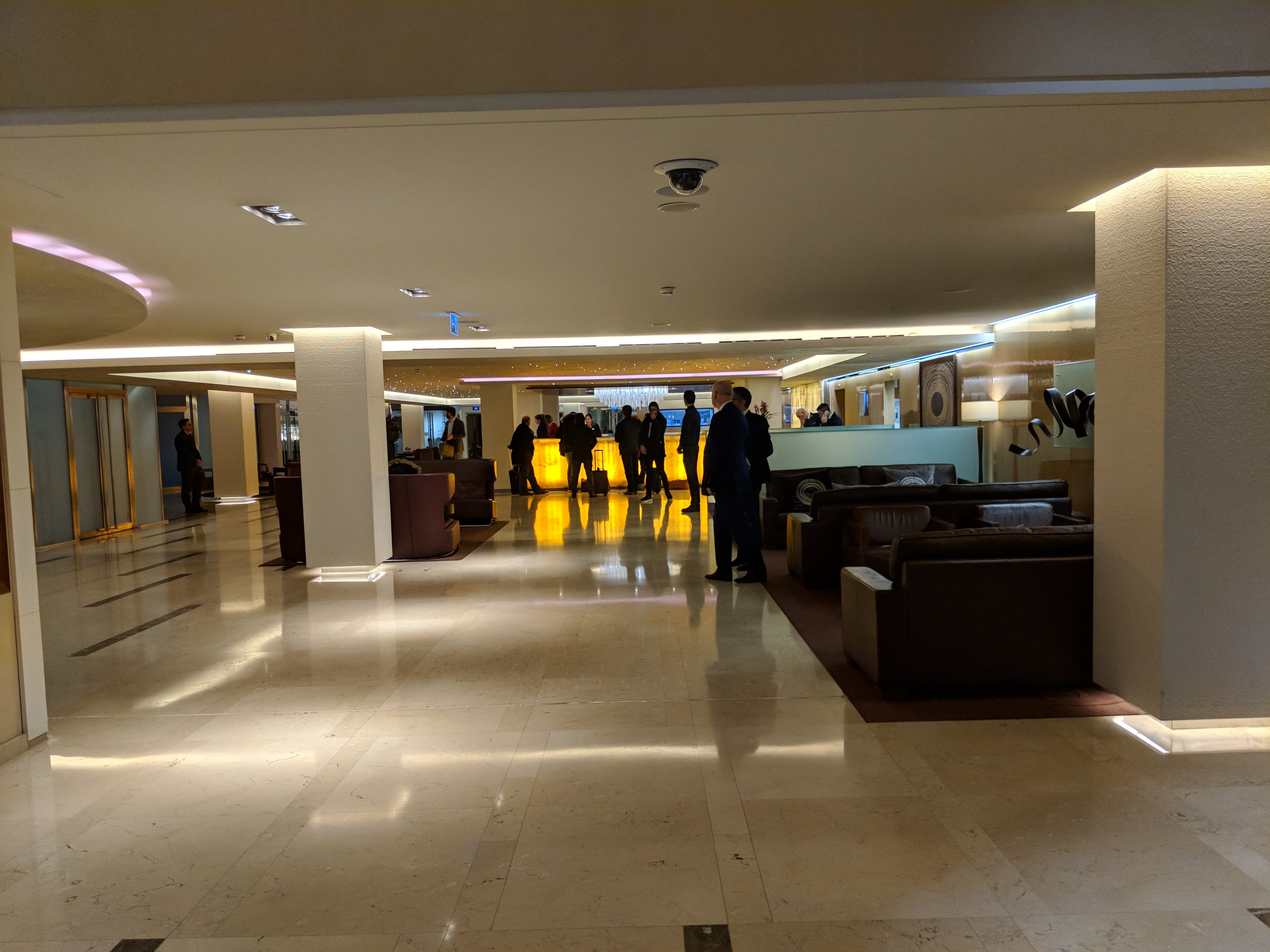 Samsung’s optical image stabilization in the Galaxy S9, paired with a greater willingness to apply post-processing sharpening, resulted in a lot of my images looking crisper coming out of that camera. That’s an undeniable advantage and becomes particularly relevant at the lower shutter speeds used in low-light photography. This example shot exhibits two other consistent themes: Samsung’s photos tend to look redder than the greener-leaning Pixel 2 shots, and the S9 blows out highlights that the Pixel is able to keep under control. 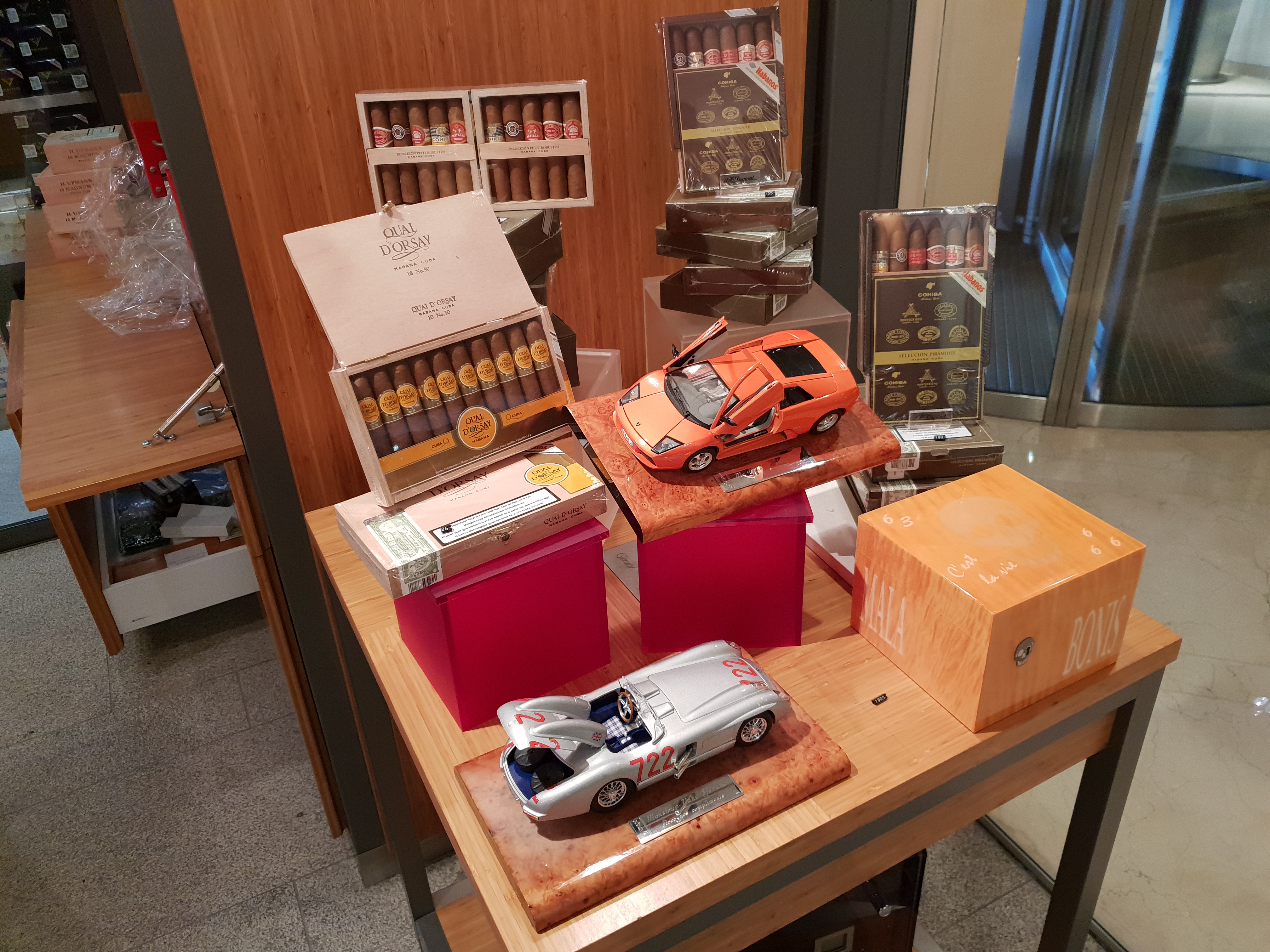 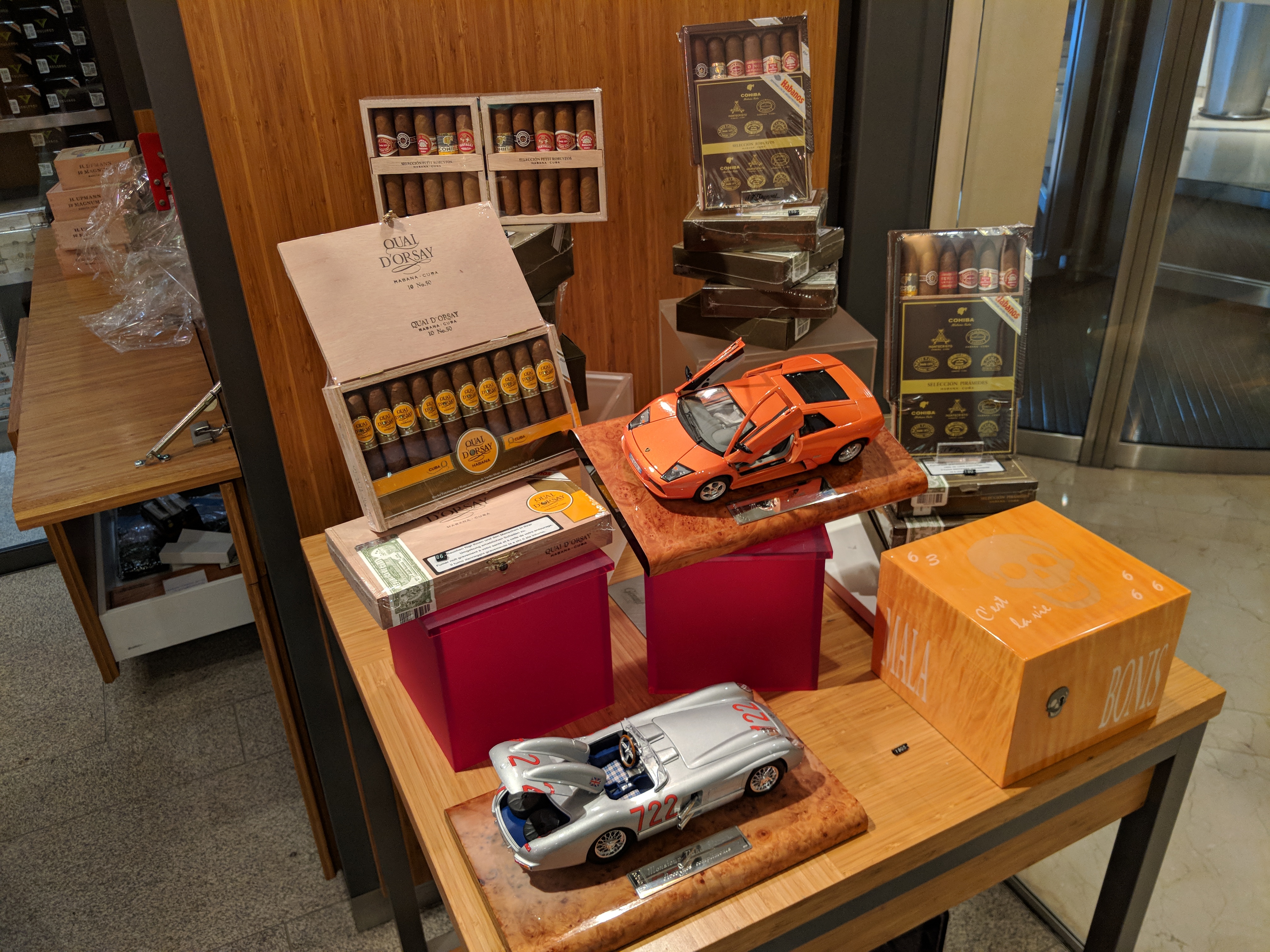 Multiple Galaxy S9 reviewers have noted that its images tend to look washed out. My experience agrees with that critique, with this image ably demonstrating the slightly desaturated, slightly too bright appearance of the S9’s photos. Looking at the same pictures on the S9’s hypersaturated screen, they look just about perfect. So this might be a case of Samsung toning down the saturation of its camera to offset the excess saturation of its screen. Granted, the phone’s display is the most likely screen on which the S9 photos would be experienced, but that doesn’t make for the best possible photos. 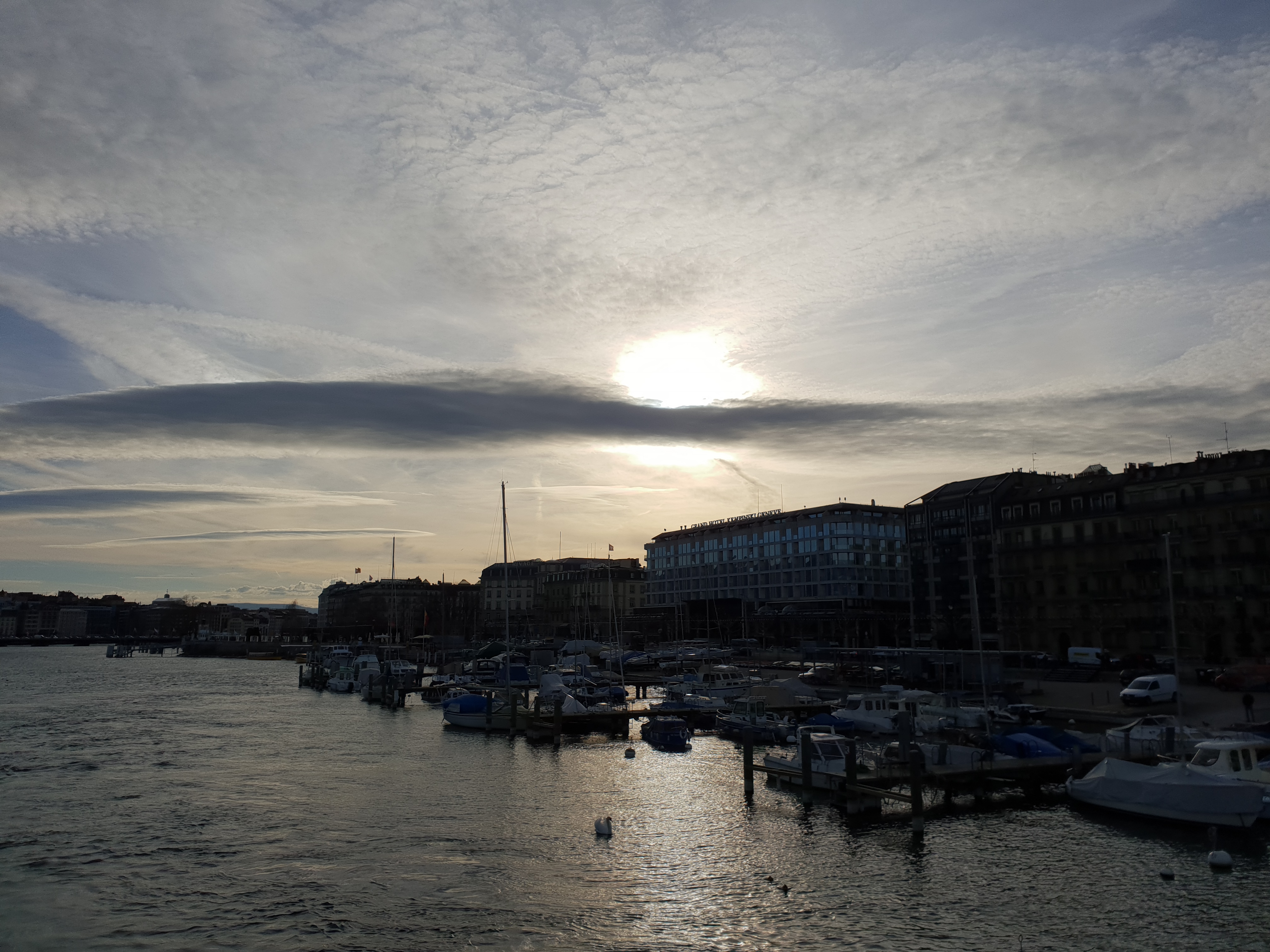 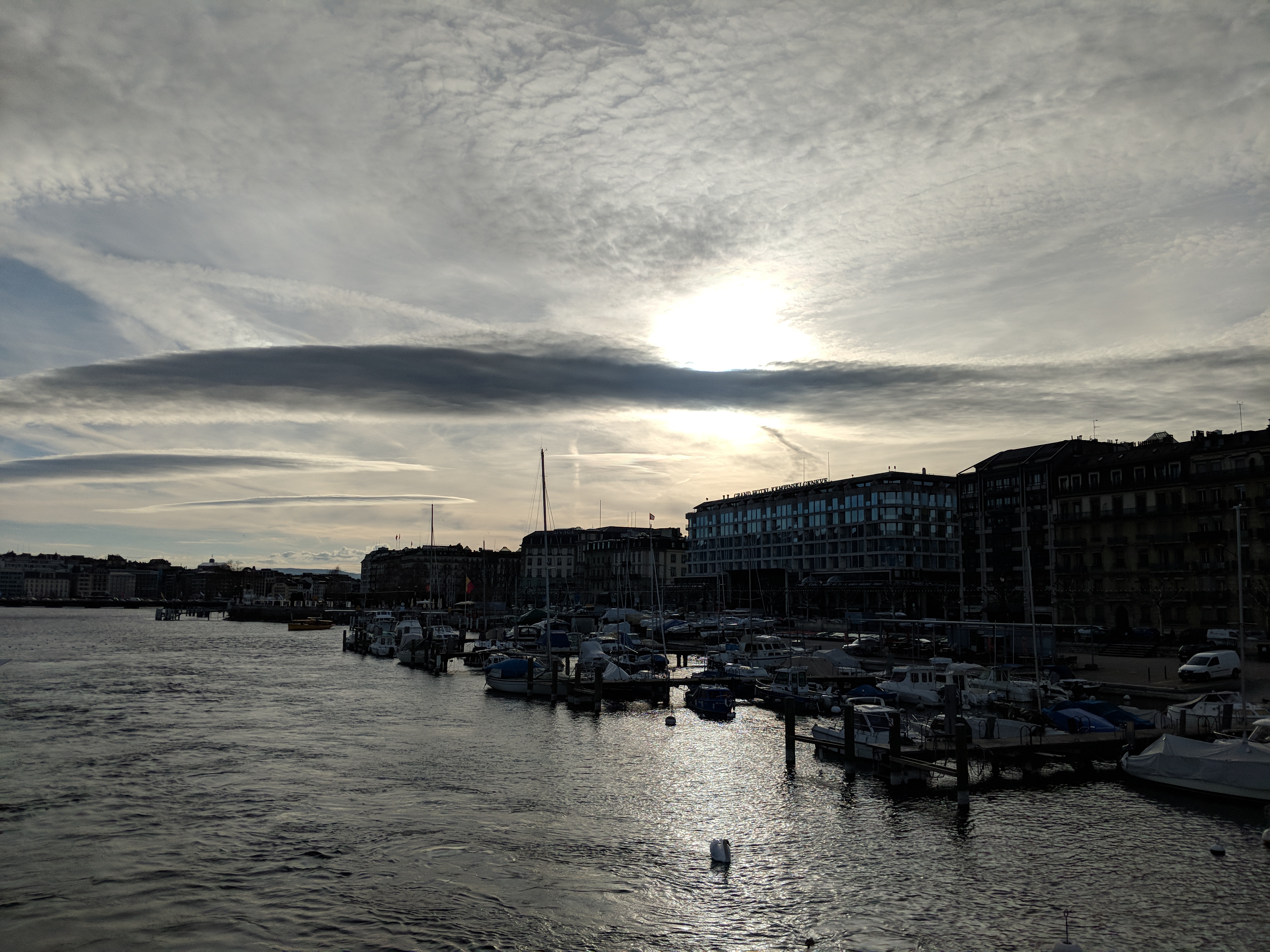 Another one where it’s difficult to pick a winner between the two. Frankly, without a third phone camera to show how difficult this shot directly into the sun is, you might not be adequately impressed by the dynamic range exhibited by both the Samsung and Google cameras, but it is impressive. Google’s HDR processing may be getting a little out of hand here, as it renders a vastly more dramatic and ominous cloud formation. Most people’s preferences might lie closer to Samsung’s warmer and more natural-looking shot. 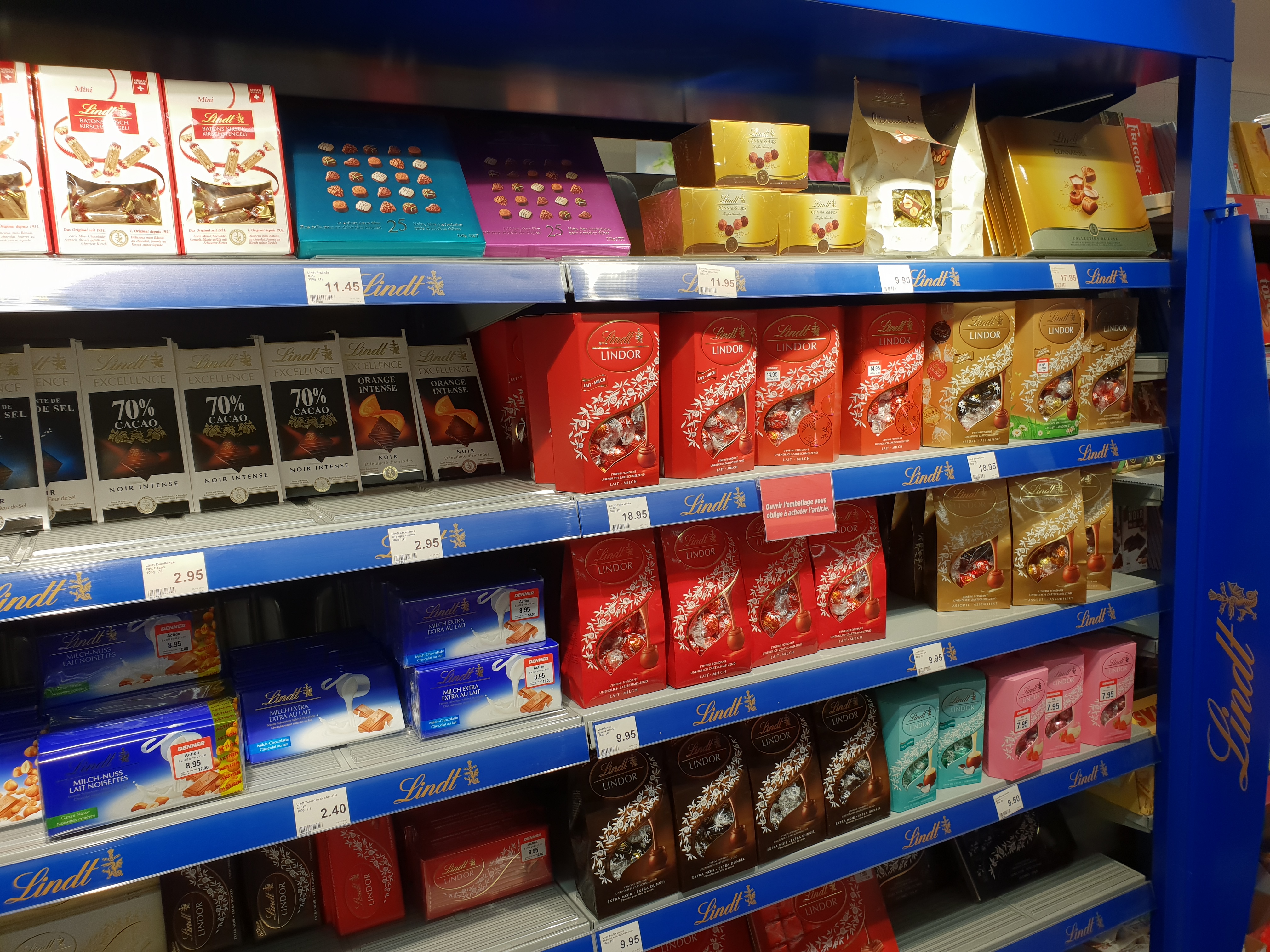 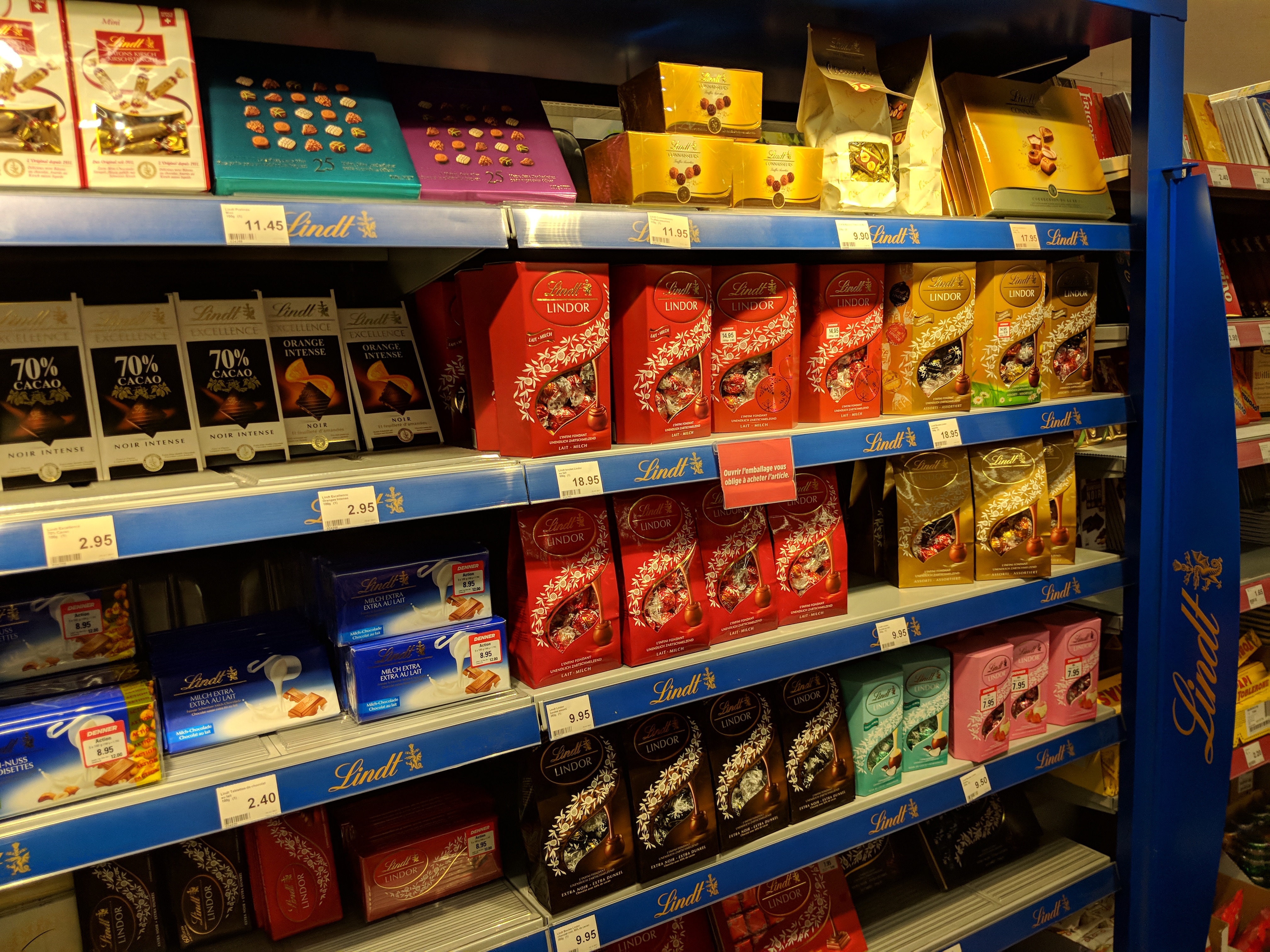 Samsung again judges the white balance perfectly and also delivers a sharper photo than Google’s camera. My overwhelming experience with the Galaxy S9 Plus camera was that there was no bad way to shoot. I could pull the phone out of my pocket with one hand and capture the moment without having to tinker with menus or think about things too much. If only Samsung would let nighttime scenes look like nighttime (instead of trying to create unrealistic day-like exposures), I’d say this is the best camera for casual photography. 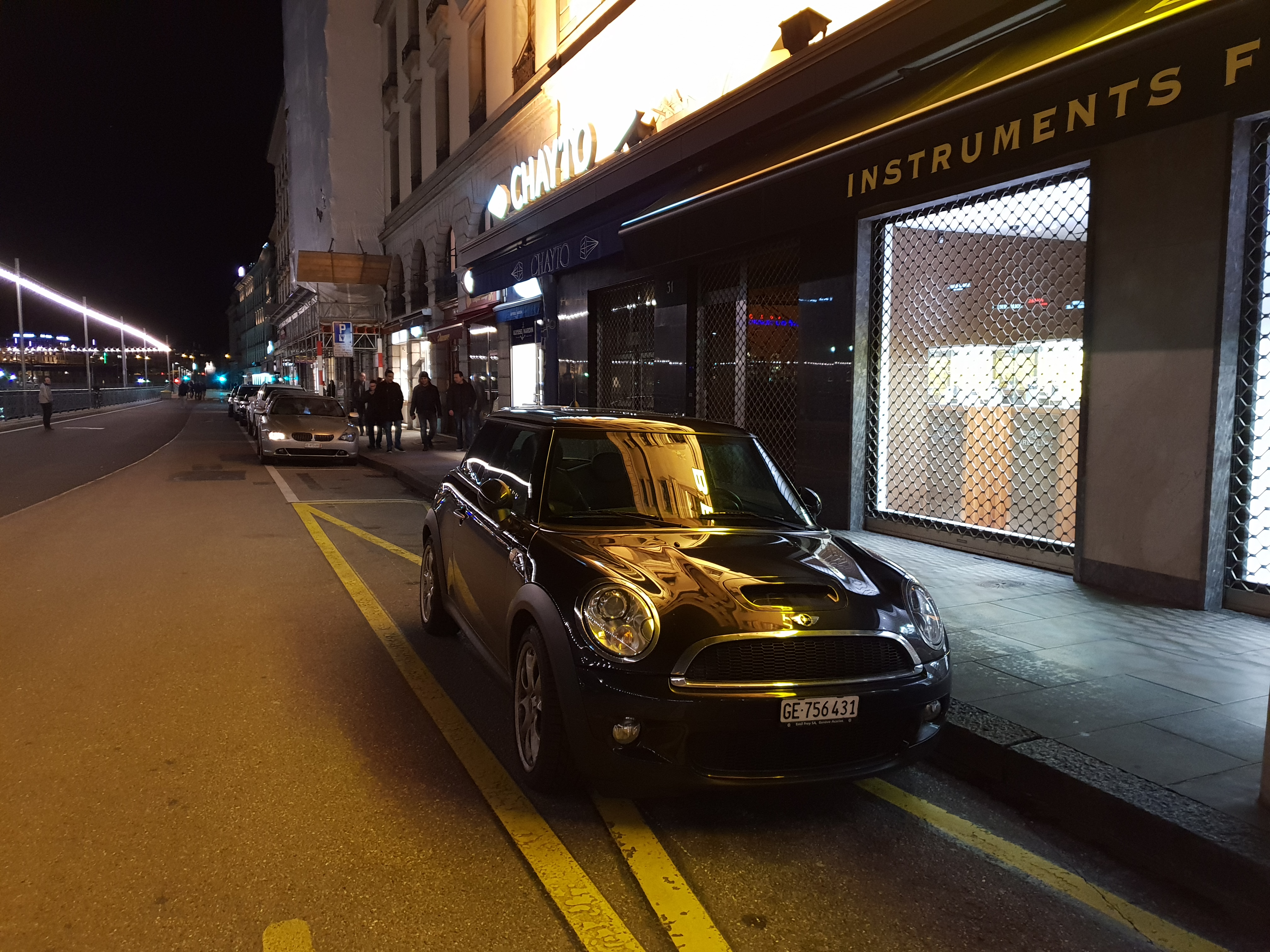 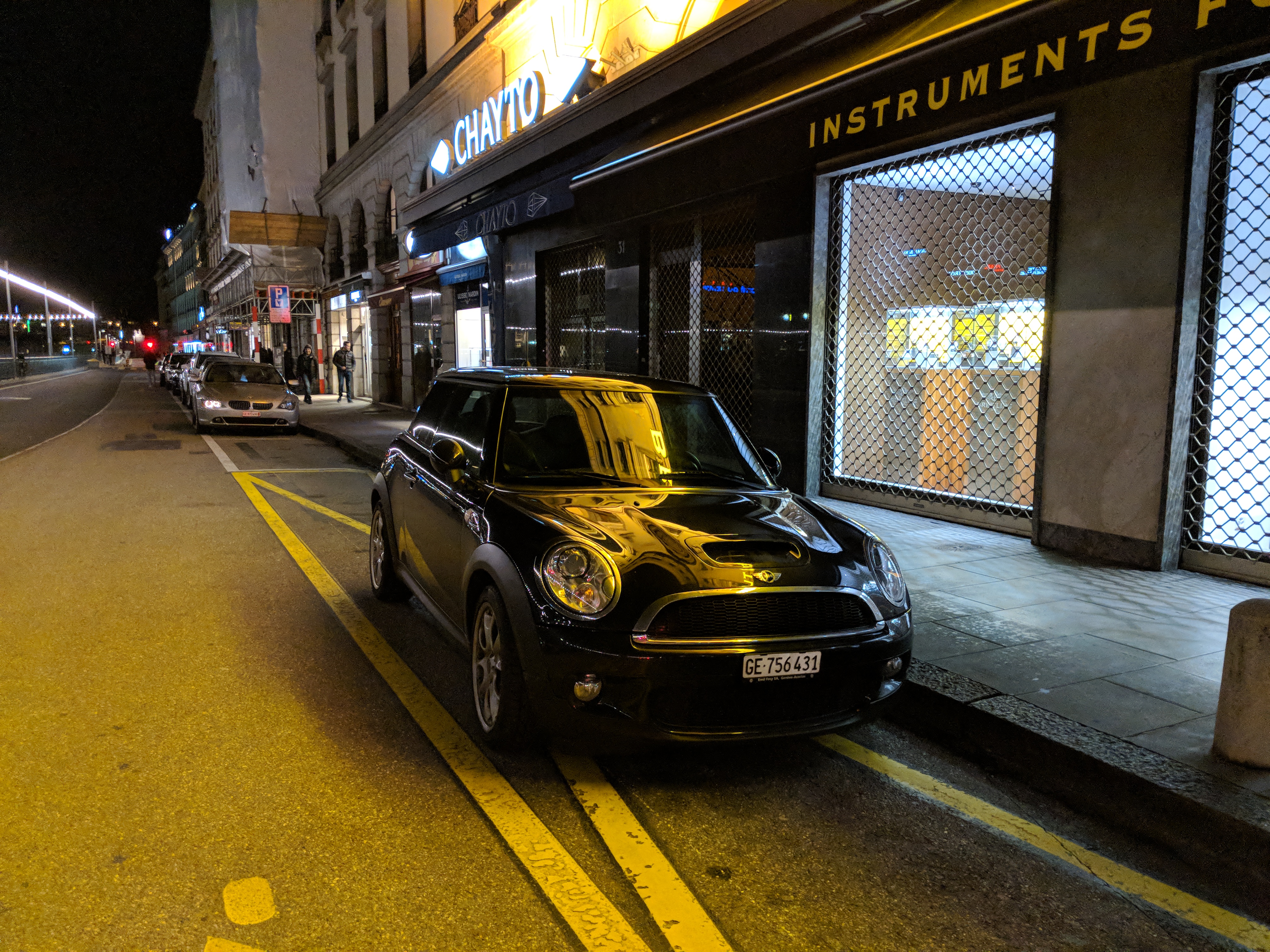 As with the Lambo photo, all I can do is marvel at the absence of graininess and noise in the black sky at the top left here. Both cameras are boosting the brightness, however, the Pixel edges out the win, thanks to better contrast and dynamic range. (Note how the Chayto logo remains distinct in the Pixel 2 photo instead of blending in with the bloom of light behind it as on the Galaxy S9 picture.) That said, I wouldn’t be too aggrieved with either picture.

The S9’s automatic color balance for these night shots is very impressive across the board, especially on those photos taken inside (the shot of the hotel lobby interior is particularly good).

However, that’s as far as it goes. The images taken on the Pixel 2 XL have much better shadow and highlight detail across the board. Take the shot of the sick Lambo for instance. Yes, Vlad is right, at first glance there are few obvious differences between the two cameras apart from the color balance. But if you look closely at the illuminated signs on the buildings in the background, “La Mobiliere” and “LGT Bank” are blown out and illegible in the shots taken on the S9; they are far more legible on the shot taken on the Pixel 2.

The same differences can be seen in the shot of Hotel de la Paix. The highlight detail in the sign and the shadow detail in the facade of the building and the statue of the lion are also far better in the shot taken on the Pixel 2.

Judging from the pictures taken on the new S9, the f/1.5 lens is clearly an improvement over last year’s f/1.7 lens on the S8, and the S9 is almost certainly better than the Pixel 2 XL when it comes color balance and shots in dimly lit interiors. But judging from these photos, I still think that the 2017 Pixel 2 is superior to the 2018 Galaxy S9. To sum it up, the photos taken on the Pixel 2XL are still more “real.” Both cameras are using a lot of algorithmic processing to take pictures; only Pixel keeps these processes hidden below the surface.

The Galaxy S9’s camera is a worthy rival to the Pixel 2. That’s not something I would say of the iPhone X, LG V30, Huawei Mate 10 Pro, or most of the other flagship smartphones out there. In my experience and testing, there’s a tiny elite tier of cameraphones, which is today populated by Google’s Pixels, HTC’s U11 models, and now Samsung’s Galaxy S9 handsets. I think the overall camera upgrade resulting from the wider aperture and a year’s worth of small refinements has elevated the S9 substantially from the S8. (Its camera was basically a reprise of the S7’s camera.)

In some ways, and under some circumstances, the Galaxy S9 bests the Pixel 2

But is the Galaxy S9 better than the Pixel 2? Sometimes, it is. I’m more certain that the first shot I take with the S9 will be the best possible shot with that camera. Samsung’s optical image stabilization really comes in handy for people like me who aren’t perfectly steady when shooting with their phone. And I also enjoy the prettier display of the Galaxy S9 and the superior white balance judgment under artificial lighting.

Nonetheless, the Pixel 2 still feels like the phone capable of getting me the best possible photo. In simple terms, the Galaxy S9 Plus has a lower image quality ceiling that you can hit more regularly, while the Pixel 2 — thanks to its untouchable dynamic range and gorgeous color reproduction — offers greater potential but lower consistency.

I wish I could declare a definitive winner and tell you to go buy that phone if you want the best low-light camera. But the competition is now so good and vibrant that even the reliably excellent Pixel 2 has to look over its shoulder. Aside from Samsung’s Galaxy S9, Huawei is preparing to launch a new flagship with no fewer than three lenses on the back, and HTC will have a successor to the U11 in April, so both the present and the future of Android photography are looking bright.