The View 10 is Honor’s most compelling US phone yet, but it’s got tough competition

Despite impressive hardware, Huawei’s Mate 10 Pro flagship phone is a tough sell at $799. The Chinese giant isn’t able to get its phones on carriers in the US due to political pressure, forcing it to sell unlocked models online to a niche audience. But that’s not to say that Huawei doesn’t sell any phones worth considering in the US.

Honor, the company’s subsidiary brand that focuses on midrange specs and younger audiences, has been making progress in the US over recent years. It’s often been the first to offer high-end features like fingerprint sensors and dual cameras at low prices. And while its new phone, the View 10, sits in the mid-range space occupied by OnePlus at $499, it shares a lot in common with the more expensive Mate 10 Pro.

You’ll have to excuse the cliché, but I couldn’t get a certain refrain out of my head while using the View 10, which starts shipping on March 22nd: something old, something new, something borrowed, something blue. The build quality is good but not great, in keeping with the midrange price. Overall, it feels like a phone that exists between two generations of industrial design ideas.

The 18:9 screen and slim top and bottom bezels? They’re new. But the all-metal build and chamfered edges? Definitely old. The phone is certainly blue (for my review unit, at least), and an attractive shade at that, but good luck convincing anyone the antenna lines haven’t been borrowed from the iPhone 6.

Overall, you get what you pay for with the View 10’s design; it doesn’t feel outdated, but it doesn’t feel premium either. Water resistance, in particular, is a notable omission, despite the drops of water you might see in these photos. (Sorry. It’s been rainy in Tokyo for a while.) On the bright side, you do get a headphone jack, USB-C, and microSD card slot, none of which are a given on phones across the price spectrum these days. The bezels are also just big enough to accommodate a pill-shaped fingerprint sensor on the front, too, which works great.

I don’t have any complaints about the View 10’s display. 2160 x 1080 pixels at six inches is very usable, and in this case, it basically makes the View 10 feel like an iPhone 8 Plus with a less profligate use of real estate. The LCD’s quality itself isn’t outstanding and won’t pop like the OLED screens on flagship phones, but it’s totally fine for the price. I should note that like many Chinese phones, the View 10 comes with a screen protector mounted, which I immediately removed; sure enough, weeks later, it has a couple of hairline scratches if you look from certain angles. This seems to be an issue with several recent phones that cost a lot more, however, so I can’t really call this a problem inherent to the View 10.

One flagship-level feature that the View 10 does include is its processor. This phone uses the same Kirin 970 chip from Huawei’s own HiSilicon unit, previously seen in the Mate 10 and Mate 10 Pro. Huawei often talks up the Kirin 970’s AI capabilities courtesy of the onboard “NPU” (Neural Processing Unit), but that’s not something that’s going to be apparent to you in day-to-day use.

What will be apparent is that the View 10 is just a really solid performer. Qualcomm has dominated the top end of Android processors for a long time, at least in Western markets, but Huawei seems to be catching up fast. The Kirin 970 absolutely feels like a flagship-level chip. (We can talk about how no one in the Android space is able to compete with Apple on pure power, but Huawei’s efforts to own the stack in a similar way are worth keeping an eye on.)

Together with a 3,750mAh battery, the 970 is also responsible for the View 10’s excellent efficiency. I had no problem at all getting through full days on this phone, even with heavy usage at the Mobile World Congress trade show. The standby endurance is also unusually impressive: leave the View 10 on a table for a day, and the battery may only drop a couple of percentage points.

The View 10’s camera system includes a 16-megapixel main sensor paired with a 20-megapixel monochrome sensor for extra detail, a setup I’m still not quite sure I believe brings better pictures. But as with Huawei’s recent flagships, the monochrome camera is great for taking black-and-white photos, and the Kirin 970 does a good job at processing color pictures, too. This isn’t a stunning camera, and you’d better keep your hands steady in low light, as it lacks optical stabilization. But it’s better than I expected, and I still like Huawei’s camera app even without the Leica-branded typography.

That brings me to the elephant in the View’s room: software. As you’d expect, the View 10 runs Huawei’s EMUI 8 skin atop Android 8.1 Oreo. For a reminder, here’s what Dan Seifert said about EMUI 8 on the Mate 10 Pro:

“This isn’t the kind of software experience anyone should have on an $800 phone, especially when there are already so many better options available. It’s bad enough that I honestly think nobody should buy the Mate 10 Pro because of its software, especially not at this price.”

Ouch. How about on a $500 phone? Well, I should say right off the bat that I don’t hate EMUI quite as much as Dan does. For whatever reason, I didn’t have any trouble expanding notifications on the lock screen, and I’d take Huawei’s quick settings shade over stock Android’s. My biggest problem with the P10, Huawei’s flagship from a year ago, is also no longer a problem; EMUI still encourages you to use the fingerprint sensor to replace the on-screen navigation buttons, but turning the feature off is a lot more palatable on the View 10’s taller display, especially since you can swipe the nav bar in and out of view as necessary.

At $499, its direct competitor is the OnePlus 5T

Dan is absolutely right to describe EMUI as a “poorly made knockoff of iOS.” Lots of Chinese phone software takes inspiration from iOS, and sometimes I think this is done in a good way. Xiaomi’s MIUI, for instance, largely succeeds as a coherent, simplified take on Android. In Huawei’s case, though, this rarely transpires. The share sheet is a truly ridiculous example, where you’re met with a tiny, random array of app icons and the prospect of several taps and swipes to find the one you want. The settings app is an impossible-to-parse disaster. And I wish Huawei had copied iOS’s lack of bloatware, too, because you’re going to need to clear a bunch of crap out of this phone’s drawer.

To be sure, the View 10 is a good phone with great hardware for the price. Its software experience is inherently more subjective, but I’ll say this: at $499, its direct competitor is the OnePlus 5T, and that is a pretty stark comparison. OnePlus hasn’t exactly showered itself in glory of late, with a major credit card security breach, privacy complaints, and embarrassing video streaming issues, but the 5T gives you similar hardware with what you’ll probably find to be more palatable software.

The choice is yours, really. The View 10 is easy to recommend on several levels, and were it priced at $399, it’d be a bargain. At $499, though, it’s slipping into the realm of flagship phones that don’t cost flagship prices. And ultimately, between the software and the design, it just doesn’t feel like a flagship phone.

Our review of Honor View 10 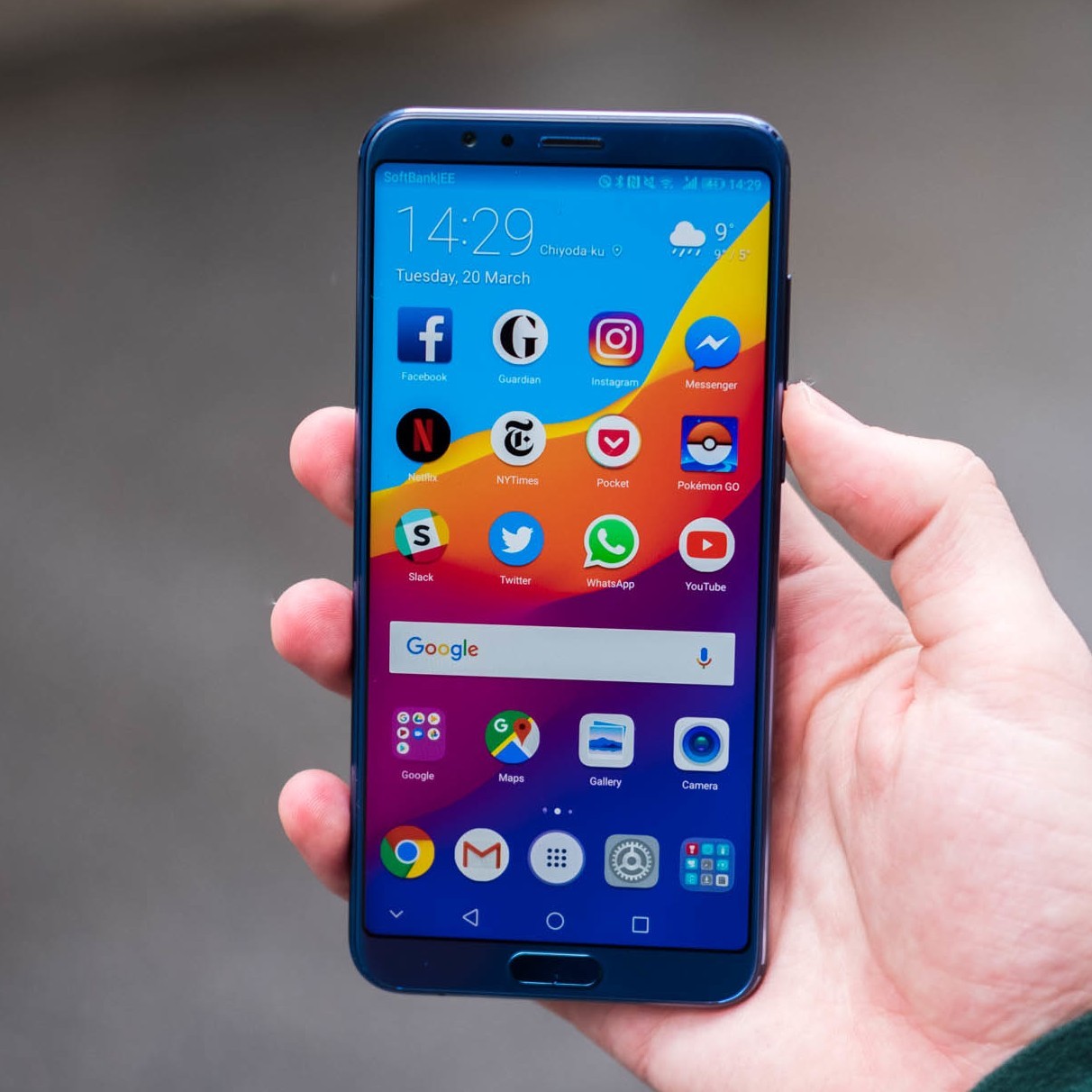