Stay Nadella just announced Microsoft is moving on to a world beyond Windows, and we still don't have a post about it in the forums. I didn't want to be the guy but here we go...

Windows isn’t dead, but it’s clearly not as important to Microsoft anymore and it will play a very different role in the company’s future. Microsoft needs to follow and provide cloud services and apps to people on the platforms they’re using. The company has seen great success with Office 365 and apps like Outlook for mobile, and Microsoft expects that two-thirds of its Office users will have moved to its subscription cloud service by next year.

Windows is being adapted for new devices and scenarios, but it’s not the core of Microsoft’s business anymore and hasn’t been for years. Nadella says "the future of Windows is bright," but in the same sentence he says Microsoft will "more deeply" connect Windows to its Microsoft 365 offering. Microsoft 365 lets companies purchase Office and Windows together in a single subscription. 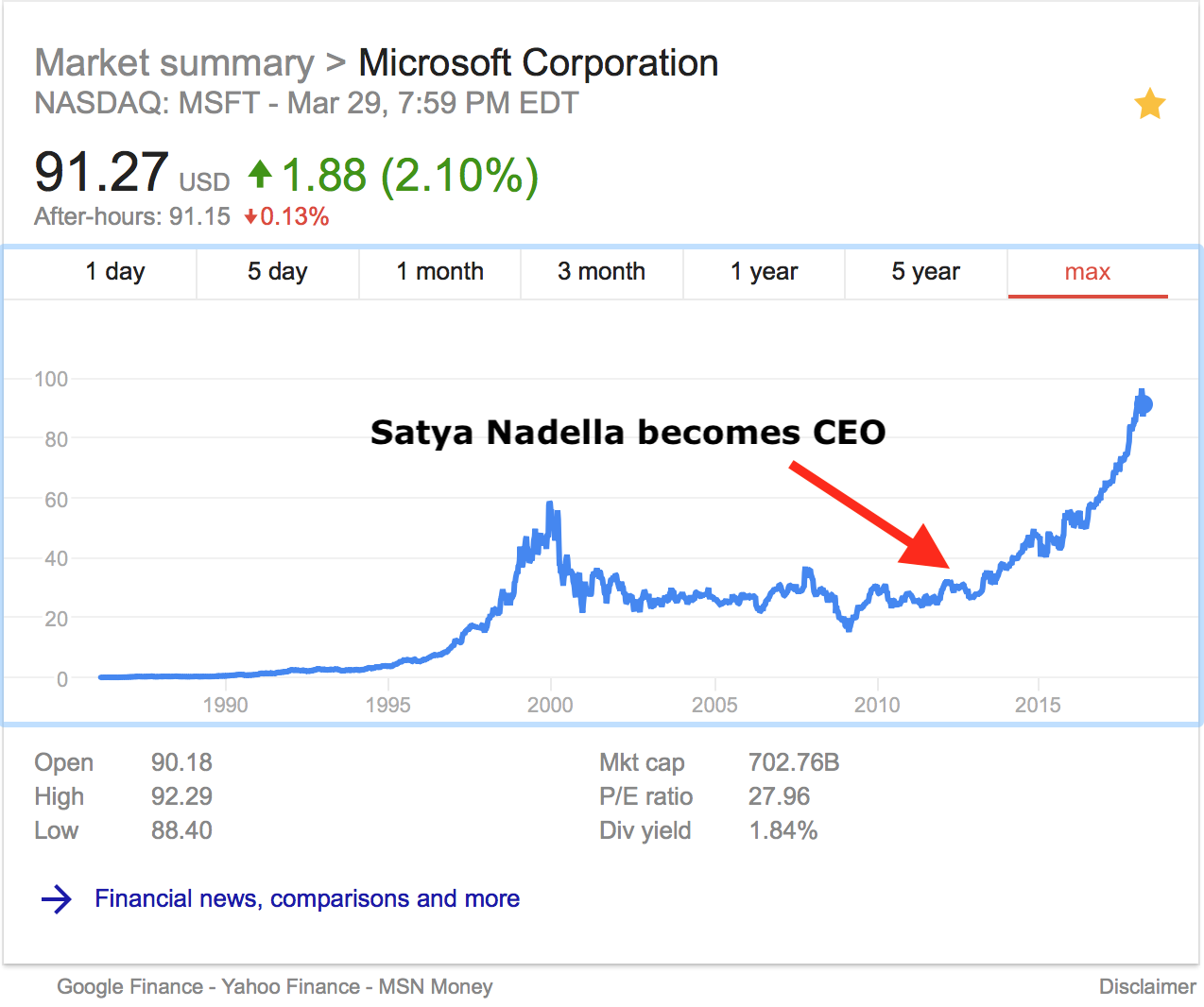 Microsoft dropping its consumer focus is the obvious move. Microsoft is on track to become a $1 Trillion company on the strength of its cloud and office software. All of its consumer products have either failed or are otherwise dead weight.

Folks have been saying for years that Microsoft is bad at consumer products. Over the past decade Microsoft has released a long list of bad, dead products. Zune. Band. Windows Phone. Groove Music. And the products that still survive are just kind of there, with not much growth. Xbox. Surface.

Some of these initiatives were obviously flawed from the start. It's really strange they wasted the time and energy on some of these products.

Maybe Microsoft and Apple both win. Microsoft services on Apple’s hardware. Microsoft phases out the Surface like it’s doing with its phones. The Windows OEMs will putter along with tiny margins but that’s not new.

More likely this is just another step towards Microsoft releasing an Android phone that heavily features Microsoft services. Probably through a partnership with another company, as Microsoft winds down its hardware divisions.

Mint already has a great website. The vast majority of Windows 10 users can access the website just find. It doesn’t make sense to go the added step of turning the website in to a universal app, since the website already works great on desktop.

I think Windows is an avenue for folks to access the Google and Facebook ecosystem. You use IE to download Chrome, then use Chrome to access Gmail, Google Search, Google Docs, Google Drive. And you set Facebook.com as the home page.

To add to that, folks use Chrome to install Spotify for music, watch Netflix on their Chromecast/Playstation/Apple TV/Roku.

Folks definitely use MS Office, but you can use Office anywhere.

The vast majority of Office users either use it for their jobs or for school. People don’t really use it at home. So it’s kind of interesting, Windows is big in the enterprise, but kind of faded from the consumer market. Folks buy Windows computers, sure, but I don’t think people are saying "Wow, this runs the latest Windows operating system!" It’s more like "I need a machine for Google and Facebook." And lately everything from smartphones to tablets to Chromebooks have been filling that niche.

I think the difference is people generally enjoy Apple products and people generally do not enjoy Microsoft products. The Surface is probably the only exception, but how many people in real life have you heard say "Wow have you tried the new Windows 8/10? What an amazing OS! Oh and Cortana! I love her. Let me send you a selfie from my Lumia phone!"

Like, MS has no cultural relevance the way Apple does.

Besides Office and Xbox, what consumer-facing product does Microsoft do well? iOS apps are pretty good.

The Future of Windows is on Android

Microsoft is at the strongest disadvantage. Not having any ground with a mobile OS, I doubt developers will make ARM-friendly apps for Windows. Even on a low-power Windows 10 Cloud, users will still want to use Chrome. Google probably isn’t going to make a UWP Chrome app, seeing as they’ve actively worked against Microsoft in mobile. So you’ll get the same battery problems we’re used to from Chrome. That, or it won’t be available at all on the platform and that’s a negative too. That’ll probably be the case with other apps too. Devs will keep using clunky x86 apps, or ignore the platform entirely. The Windows 10 App Store is a wasteland already.

It’s hard to say. A few years ago I would have said yes – do a new OS and just offer some other option specific for enterprise folks reliant on old software.

But with the decline in PC sales and the way folks do more of their computing on mobile, Microsoft is probably doing the right thing "finishing" windows with Windows 10 and looking for the next big thing. I’m not sure a new Windows would really move the needle.

I guess it’s just too bad that the finished windows still has so much holdover from 1990’s windows.

I will be shocked if Windows 10 S does anything to change the trajectory of the Windows App Store. No new UWP apps for the App Store (especially Chrome and maybe iTunes (quoting Tom Warren)) means folks will want Windows 10 Pro, meaning Surface Laptop loses its edge in performance and battery life.

And if Microsoft is planning to bring laptops with ARM processors and x86 emulation to market in the fall, you get the same problem. Google won’t make an ARM compatible version of Chrome for Windows. Folks will use emulated Chrome, so the computer loses its performance and battery edge.

The lack of posts in the Microsoft Tribe is (anecdotal) evidence that MS blew it in the consumer space. It's difficult to argue with now. What is a Microsoft fan to post about on the forums without a consumer-facing device to champion?

What's next on the chopping block? Will Hololens ever come out of development? Or just get the axe?

Finally, this seems like the obvious, smart move to me. Microsoft is the leader in Office software, so much so that Apple brought Microsoft on stage in 2015 to present Office for iPad. And cloud is a booming business for Microsoft.

Kudos to Microsoft for dropping the consumer focus! 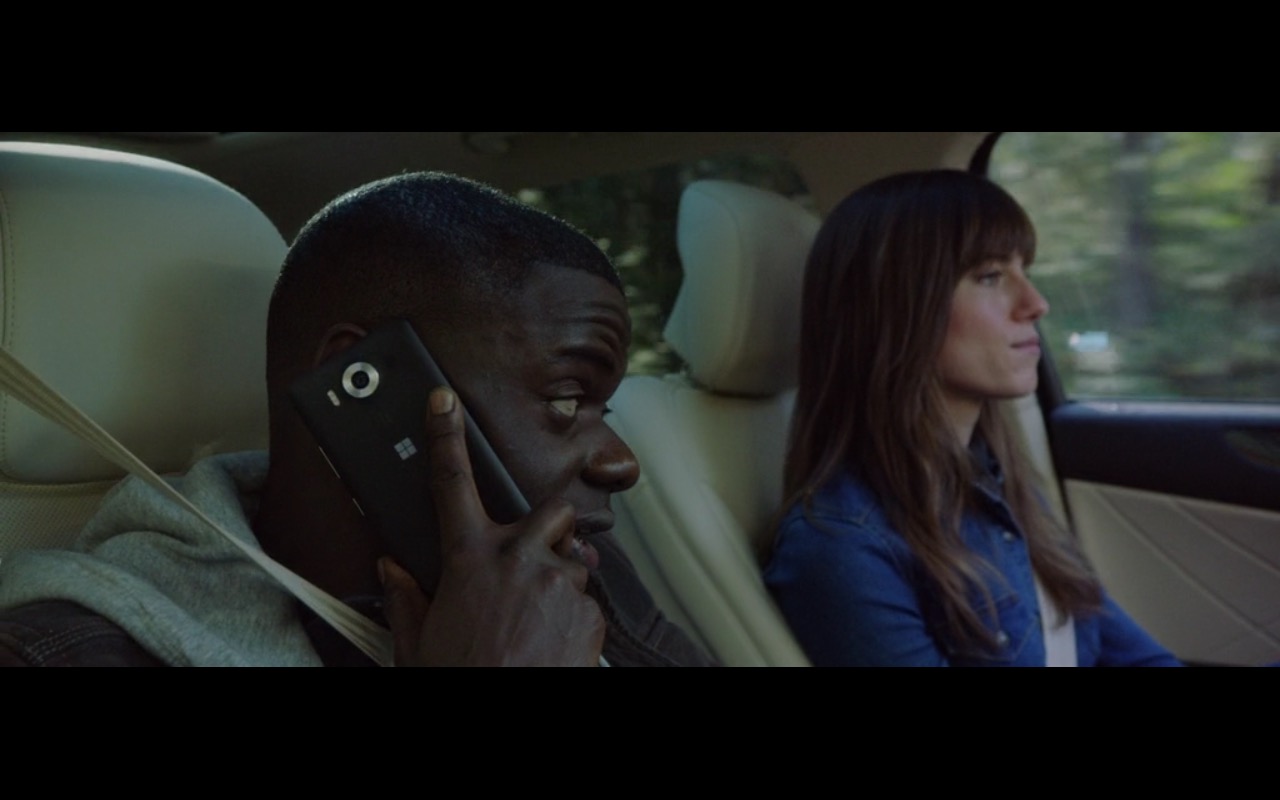