Share All sharing options for: Lego’s new TIE fighter for Solo: A Star Wars Story shows how sophisticated the toys have become

In 1999, Danish toy company Lego made a huge announcement: it had signed a license with Lucasfilm Ltd. to produce a series of toys based on the Star Wars films, the first time in the company’s history that it made such a deal. The move wasn’t without major qualms within the company; for decades, it had eschewed such deals, but competition from other toy brands loomed, and company officials worried about being overtaken. The decision would ultimately propel Lego to become one of the largest toy companies in the world.

In the intervening two decades, Star Wars Lego kits have become a core product for the company, with new kits featuring hundreds of characters, ships, and locations from the franchise being rolled out annually. With Disney’s acquisition of Lucasfilm back in 2012, that tide of products is not likely to let up any time soon.

I grew up building things with Lego toys, so when the company announced that it was releasing Star Wars kits in 1999, it was the merging of two passions. I vividly remember coming home from summer camp to a package that I’d ordered from that first series: Luke’s landspeeder, the Snowspeeder, and the Endor Speeder Bikes. Over the years, I’d add many others to my collection, including the company’s first TIE fighter kit in 2001. Last week, Lego sent me a kit from its upcoming line, its latest Imperial TIE fighter. Digging out my original kit, it’s astonishing to see just how the toys have evolved over the past 17 years. 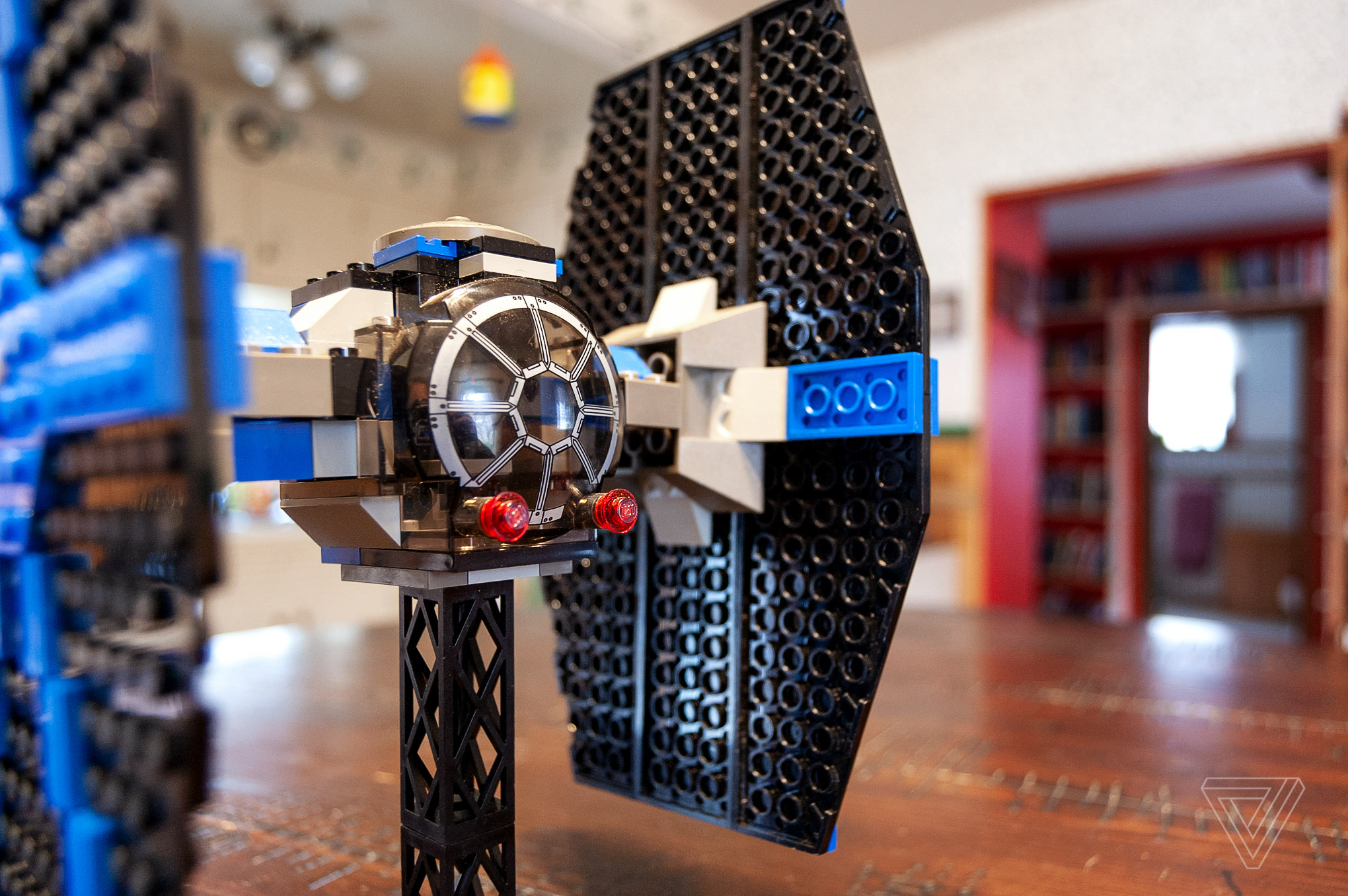 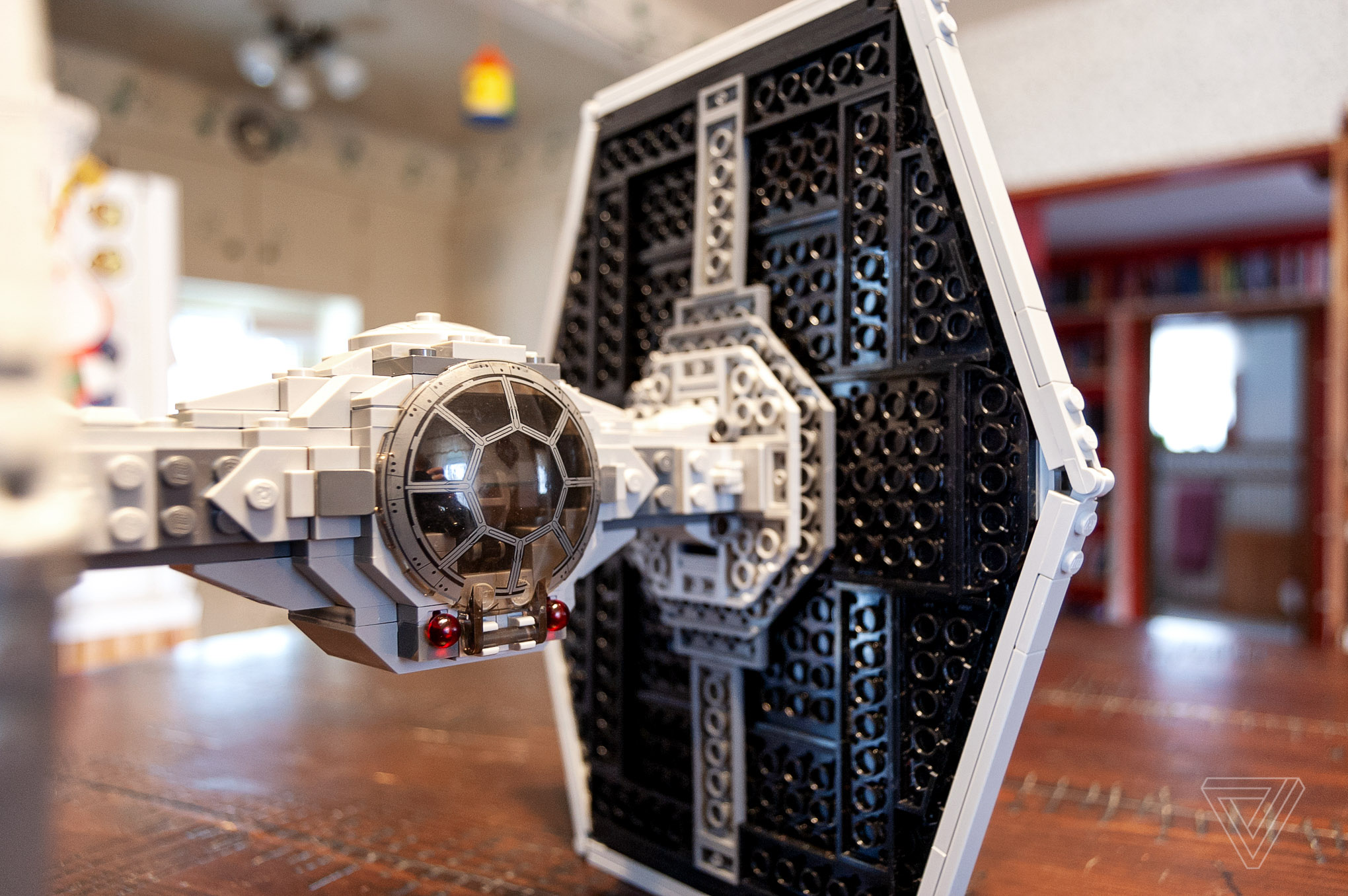 My old TIE fighter wowed me back in 2001, but the latest model would have utterly blown my mind. It’s far sturdier than its predecessor, and considerably more detailed, looking much more like its on-screen counterparts than the original. But this kit also sheds light on another trend: since 2001, Lego has released nearly a dozen variations on the TIE fighter. Each model features some changes from the last, but the point remains: Lego is essentially releasing and rereleasing the same vehicle every couple of years.

Jens Kronvold Frederiksen, Lego’s design director for Star Wars, tells me that working on the Star Wars brand can be challenging because frequently, they’re designing the toys while the films are in production — and thus changing. The TIE fighter, on the other hand, is a pretty consistent fixture in the universe.

“The TIE Fighter and X-Wings are so iconic and are something that needs to be available for the fans and consumers, more or less all the time,” he says. And while there’s high demand for the franchise’s most iconic ships, “we want to improve on them.”

Take the original blue-and-black TIE fighter, for example. Frederiksen recalls that originally, the film assets from which the Lego team was working made the ship’s coloring appear light blue. “Later, we noticed that ‘no, that’s not blue,’” which prompted the update in a later model to the ship’s true gray coloring.

There were other improvements over the years as well: “Lego in general has developed very much. We have a lot of new elements available that make us capable of creating much more detailed designs.” This is especially apparent when comparing the two kits side by side. My original model contains a number of very basic Lego pieces: simple flat and angular bricks. Jan Neergaard Olesen, the designer for the newest model, noted that as the company has introduced a number of new, specific bricks over the years, which allows them to include “specific details, and they can be more precise” when it comes to the vehicles they’re recreating. “We as designers try to find those elements and say, ‘Hey, can we get this exact detail [from existing elements]?’” Olesen says. Those small, specific pieces make for a more complicated kit: this year’s toy features 519 bricks, as compared to the paltry 171 used in the 2001 model.

But Frederiksen notes that company isn’t just rereleasing the same kits over and over; they’re continually tweaking and changing the designs. “We need to ensure that [builders] see the next model as better than the previous one,” he explains. The company pays close attention to consumer feedback to determine what consumers are complaining about or hoping for. Olesen says that they’re always looking back “to what worked in the previous version, and of course adapting that to the new one.”

The TIE fighter line, Frederiksen explains, is a good example for how they’ve incorporated consumer comments to improve the line, from official feedback to what people are saying on fan sites, YouTube videos, and social media. In the original kit, it was difficult to get the mini-figure to sit right in its four-stud seat. “We [also] had some problems with the stability of the wings,” he says, adding that, as a central sphere connected to two large, flat surfaces at 90-degree angles, the ship’s design is particularly difficult to replicate. Comparing the two models, it’s clear that the two flat wings on either side of my original wobble quite a bit, held on by a pair of pegs on each side.

Recent TIE fighter models now feature an entirely different approach. The 2012 TIE fighter graduated to a slightly more sophisticated cockpit and wings; it was followed by an even more sophisticated model in 2015 with the release of The Force Awakens. In the 2018 model, the pilot sits on a flat surface and is held in place by a tiny control yoke. Four holder bricks on the cockpit latch onto as many handles on the wing. The result is a far sturdier connection.

Olesen notes that while the wing stability took a decent amount of work, so did ensuring that they could break away without destroying the rest of the toy. To determine its durability, the design team enlisted the efforts of a group of six children to test it out. Both Lego designers noted that kids want to focus on having fun playing with the toys, rather than spending a lot of time rebuilding them if they break. “We try and ensure that kids don’t have a bad experience assembling the model again.”

Something both Frederiksen and Olesen mention over and over is the focus on playability and enjoyment for kids. Lego has released a series of high-quality and extremely detailed Star Wars toys aimed at older builders in recent years, such as a snowspeeder and a massive, 7,541-piece Millennium Falcon. But while its other offerings are also more sophisticated than their predecessors, the focus remains on ensuring that the toys aren’t overly complicated to build and are fun to play with once constructed, a delicate balancing act that they will continue to improve upon with each future model.

Lego’s Solo kits will hit toy stores on Friday. The Imperial TIE fighter will retail for $70.

Photography by Andrew Liptak / The Verge

Solo: all the latest news for the next standalone Star Wars movie

Next Up In Star Wars