This week’s slate of new releases for the PlayStation 4 and Xbox One serves as an illuminating indicator of the state each console is in. The PS4 has two new exclusive titles in major series that date back to the PlayStation 2 days: God of War, by all accounts a masterpiece, and Yakuza 6, a satisfying final chapter for a much-loved character. The Xbox One, on the other hand? Well, now you can play a bunch more old Xbox 1 — as in the original Xbox — games.
I don’t mean for this to sound damning, though. While Microsoft is rightly being pilloried for its anemic first-party software efforts, the Xbox One actually now has more to play on it than any other console. At least, from a certain point of view.

Sam goes on to write about Xbox's new backwards compatibility feature.
Seems like a good feature but man, does anyone else think Microsoft blew it by ignoring exclusives?
Chris Plante had an interesting interview with Xbox exec Dave McCarthy back in June. According to McCarthy, it was a "conscious decision" to pass on first-party and exclusive games. 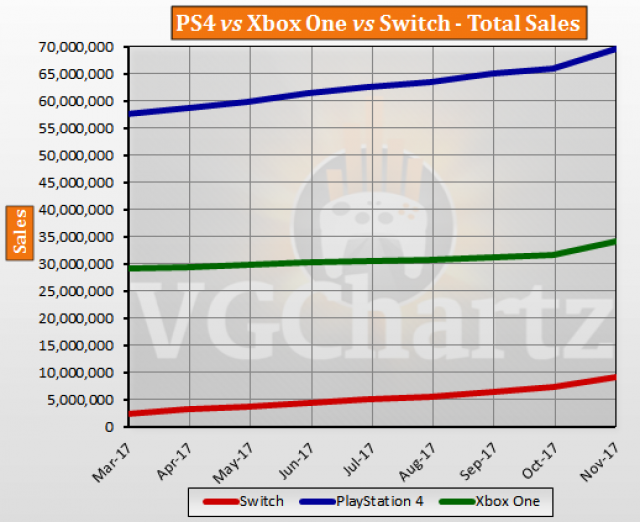 Source: VGChartz
I don't know why you would want to buy a console with the fewest games. What's the point?
Anyway what do you think?
Back to top ^